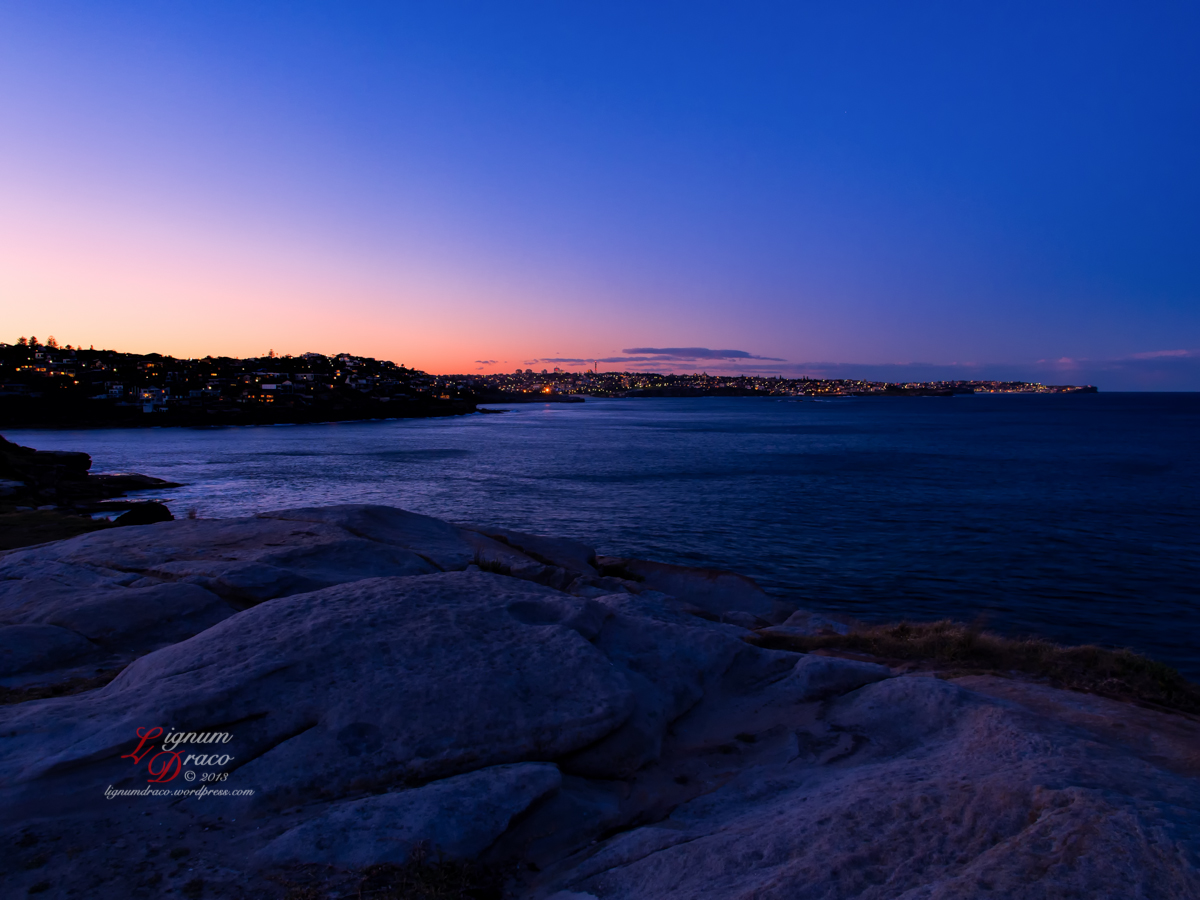 This is the view looking north, of sunset over Sydney’s eastern beaches region. Coogee beach is approximately in the middle of the image and Bondi beach is almost at the far right of the image.

Over at the WordPress Weekly Photo Challenge, the topic is the hue of you . So today’s hue is blue. Why? Because nothing beats the work blues like a bit of a break. *Yay*. But that means a break from my blog and WordPress as well. I’ll be around until the end of the week until I return in mid-November. One last post later this week though.

62 thoughts on “The Remains of the Day”