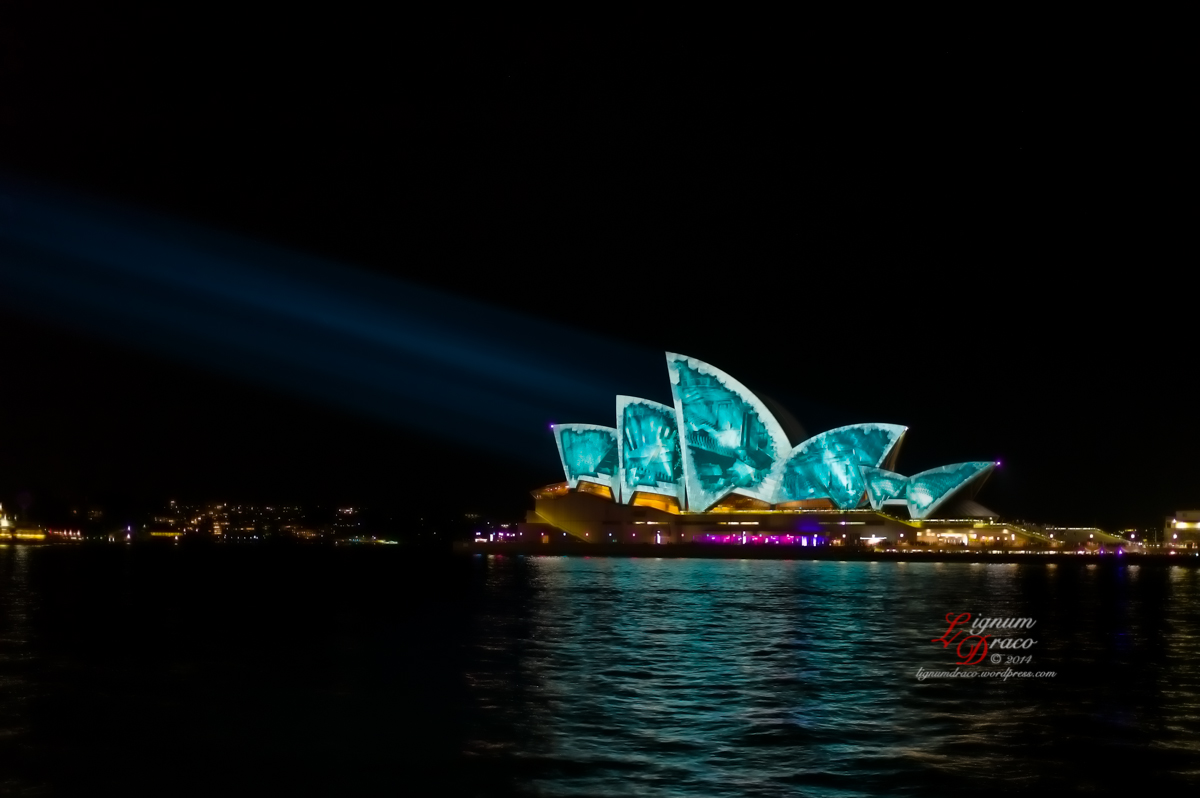 Overture, curtains, lights
This is it, the night of nights
No more rehearsing and nursing a part
We know every part by heart

Overture, curtains, lights
This is it, you’ll hit the heights
And oh what heights we’ll hit
On with the show this is it

“This Is It”, the theme for the Bugs Bunny Show, was written by Mack David and Jerry Livingston. 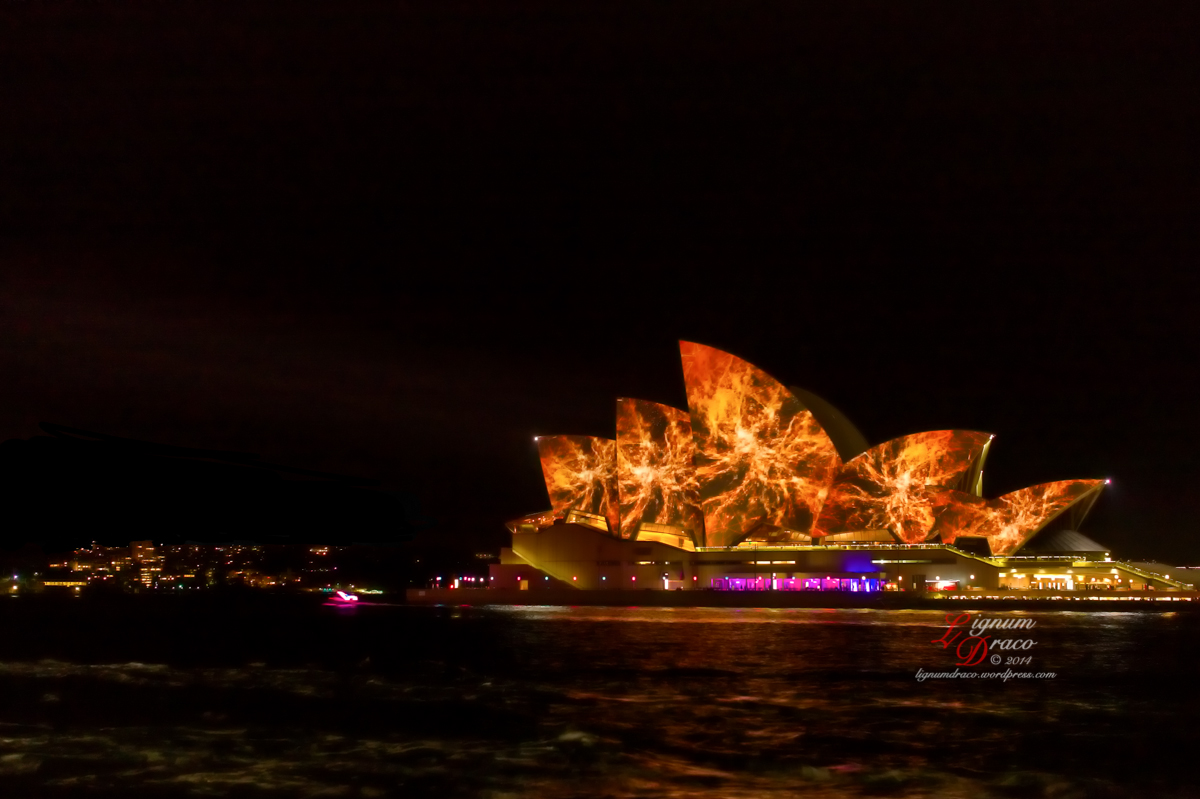 The annual Vivid Festival of Sydney is currently on again. Over 18 nights from May 23 until June 9 2014, 3D light projections and light art sculptures illuminate various portions of the city, mostly around the harbour. This year, the number of installations has increased and now expanded onto the harbour itself to include boats. The crowds definitely seem more numerous this year too, perhaps due in part to the unseasonably warm autumn weather we’re having here. 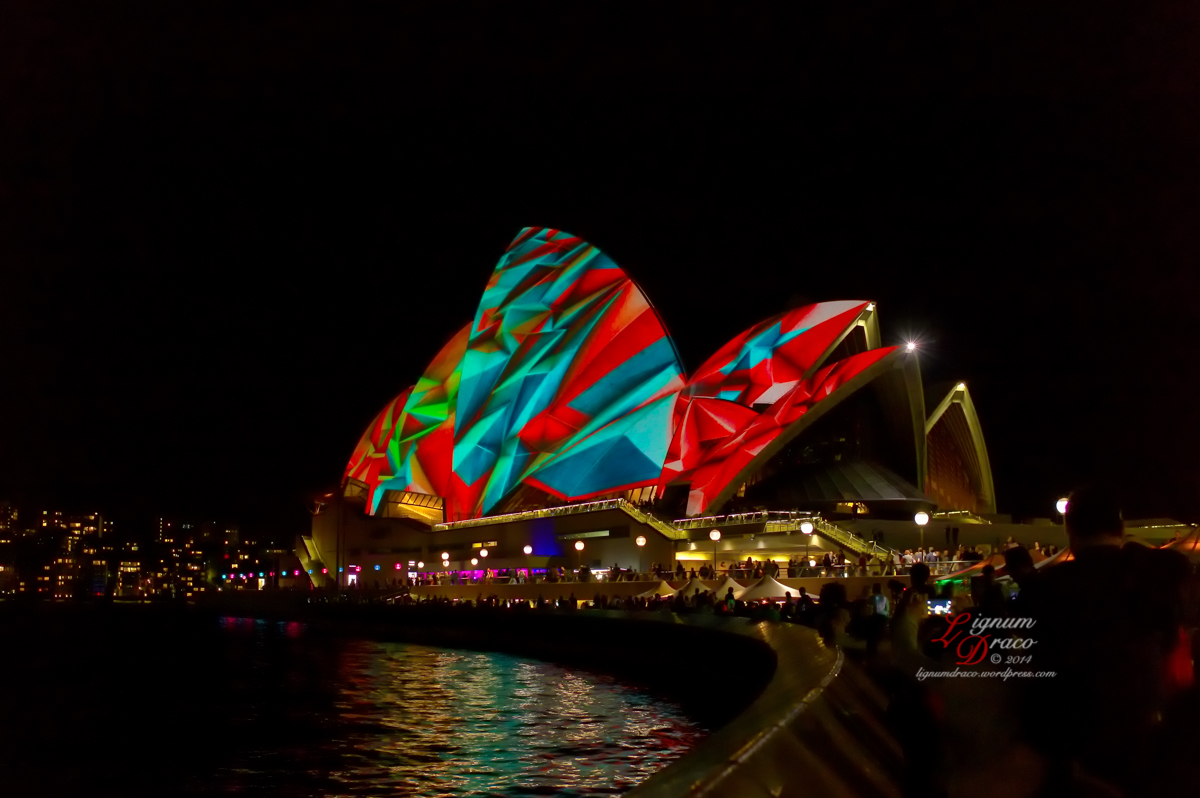 The light shows are coordinated with music and documenting the constantly changing scene can be difficult given the rapid split-second changes of light, particularly when there is a certain pattern you want to capture. Over the next few weeks and months I hope to sporadically post a few more of my better photos. But for now, it’s on with the show, this is it.

I think the Bugs Bunny opening theme is so iconic that when you hear it, you expect that Bugs is around somewhere. I guess these rabbits were certainly hoping so… 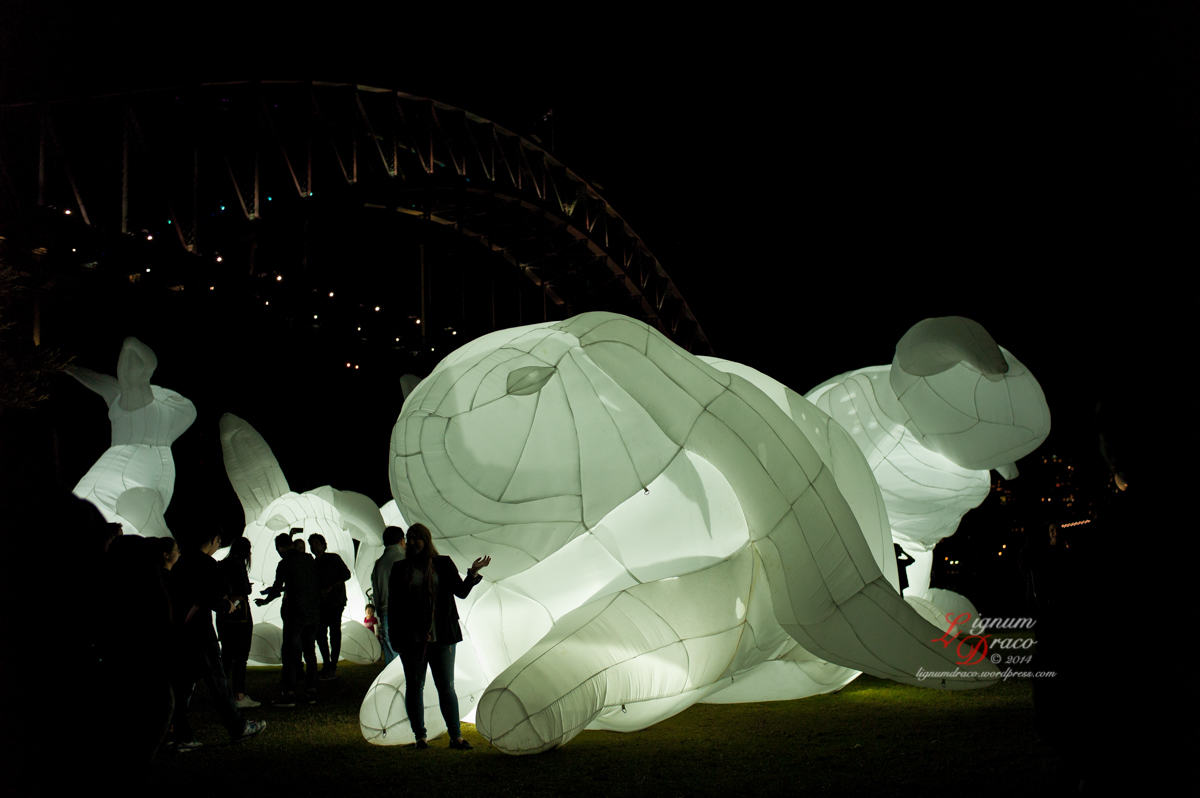 I’ll be trying to fit in some more VIVID photography after work this week. I hope I can find the time to do my usual second post this week.