This is part 6 of my Vivid 2014 series. We leave the museum and we move away from the harbour.

For the first time, this year the Vivid Festival of Sydney expanded to 2 extra (or should that be extra extra) sites away from the harbour. One being the University of Sydney, which I didn’t photograph. The other location being the Martin Place pedestrian mall in the middle of the city. Several light installations and 3D mapped projections were used to create a gallery of light. Here’s a sample: 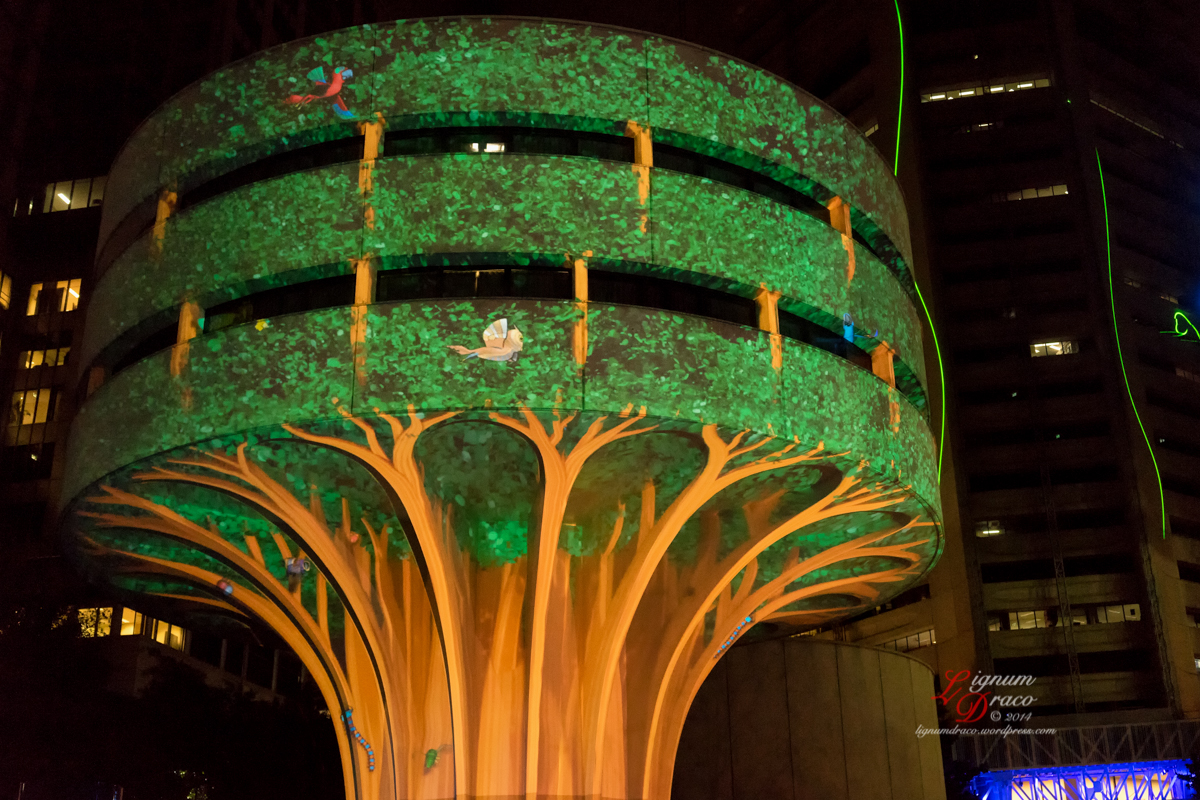 The Urban Tree Project transformed the Harry Seidler designed CTA building into “a day in the life” of a forest tree, as you can see in this series of 3 images. Note how the MLC building in the background also has its own laser show. 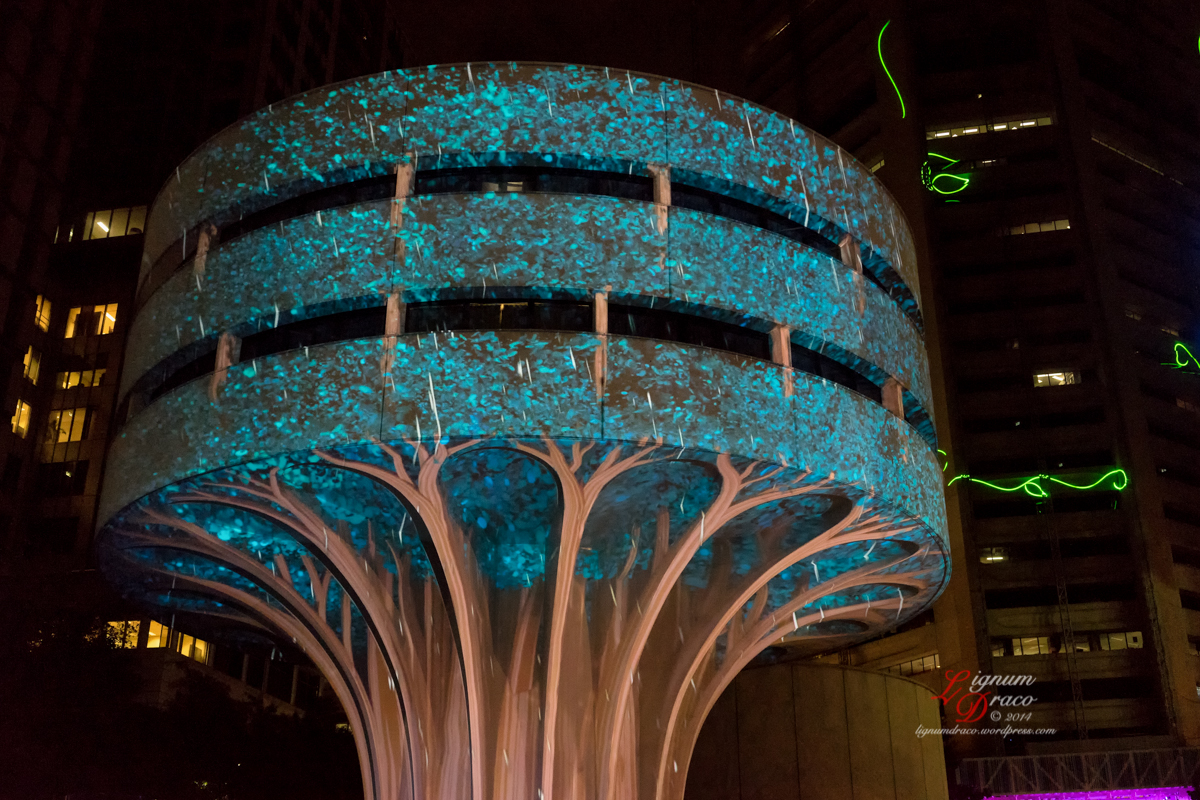 For anyone interested, this 90 second video gives you a short glimpse of the action: The Urban Tree Project

e|MERGEnce used 3D projection to map a person’s face onto a giant head through live video capture. From what I could see most people had trouble getting their face in the right spot for this. And before everyone asks, no I was not interested in queuing to achieve 10 seconds of fame. 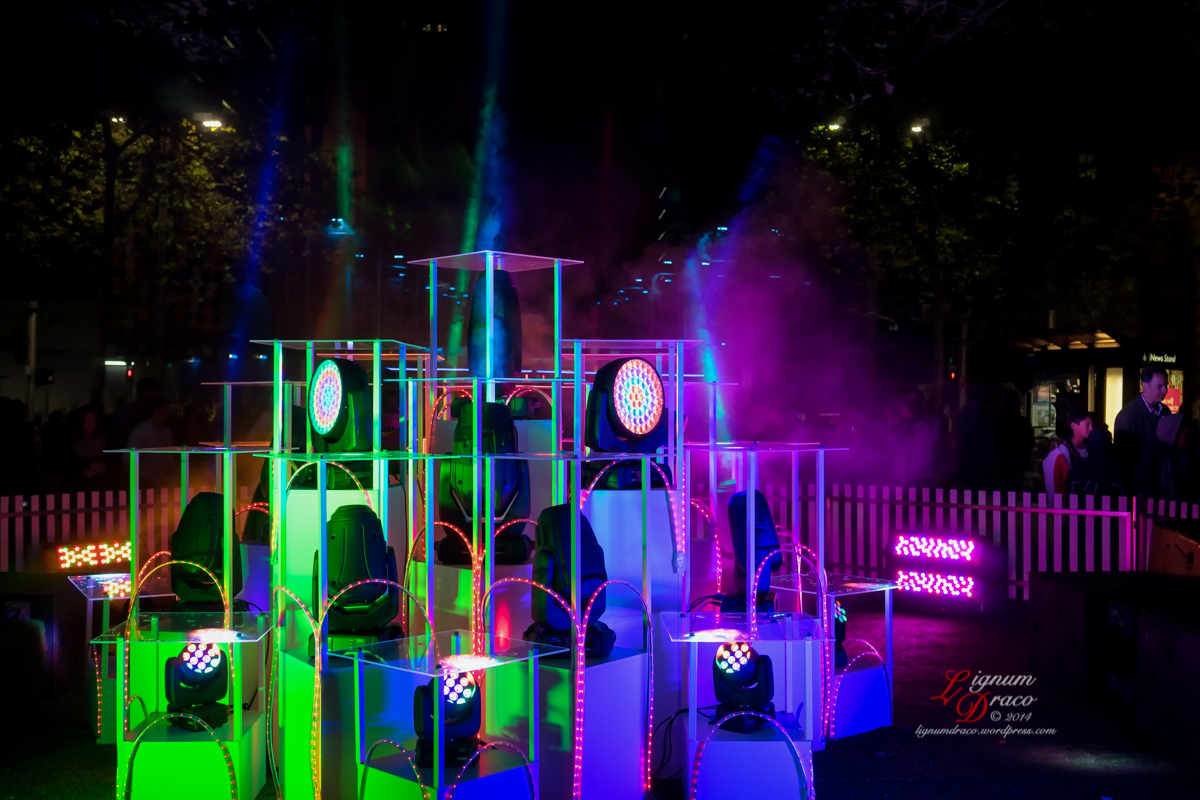 Sky Flower, a chrysanthemum of light illuminated the sky with petals of light. 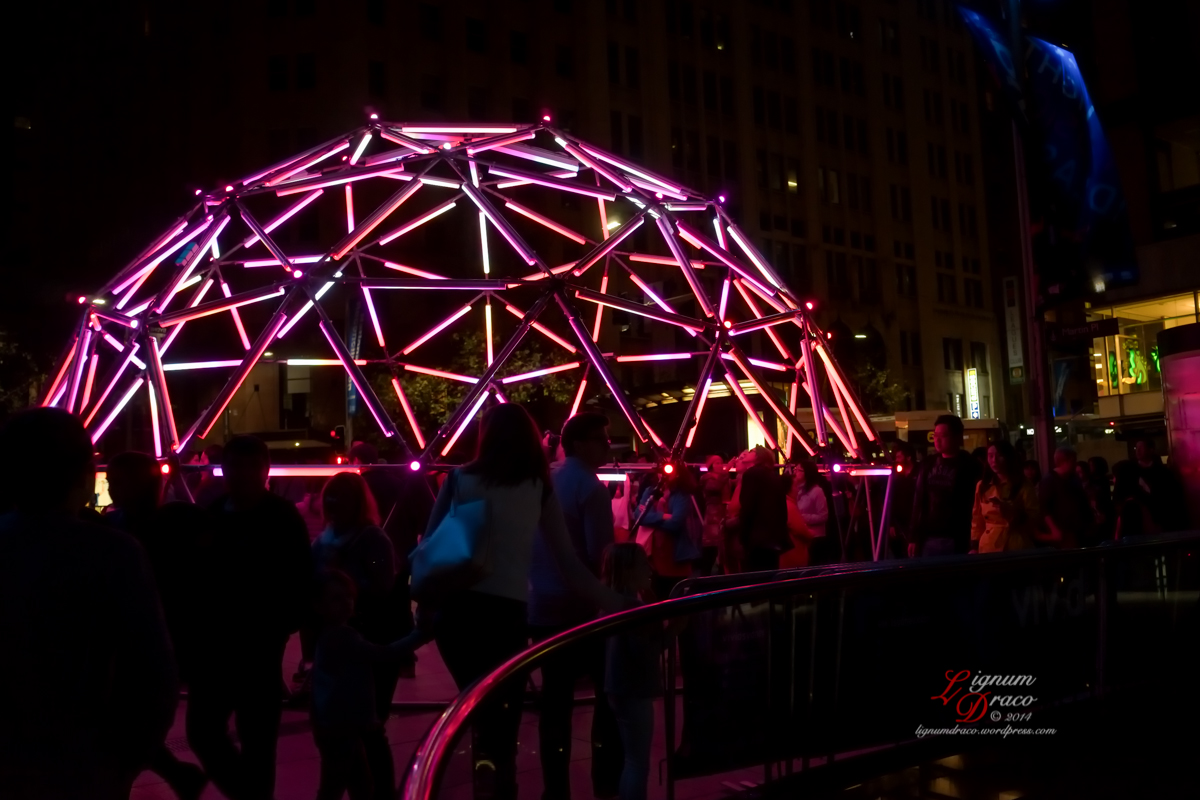 Geo Glow, a blend of architecture and art, was in homage to philosopher-architect Buckminster Fuller.

Beneath the Beams, a mass of green and gold lasers at each end of the mall created a unique light ceiling. Smoke units were fitted to light poles to enhance the laser effects.