This is Part 9 and the finale of my Vivid Sydney 2014 series.

Vivid Sydney is over for another year. A free 18-night event that drew 1.43 million visitors this year. Over the previous 8 posts, I’ve presented an overview of the light installations that played on light, shadow and contrasts of colours at this year’s festival, many of which were interactive. I haven’t even attempted to cover the music component of the festival.

But for many, Vivid Sydney is typified by one thing only, the showcase spectacle, and so we come to my Vivid finale…

“Give the people what they want” …PT Barnum 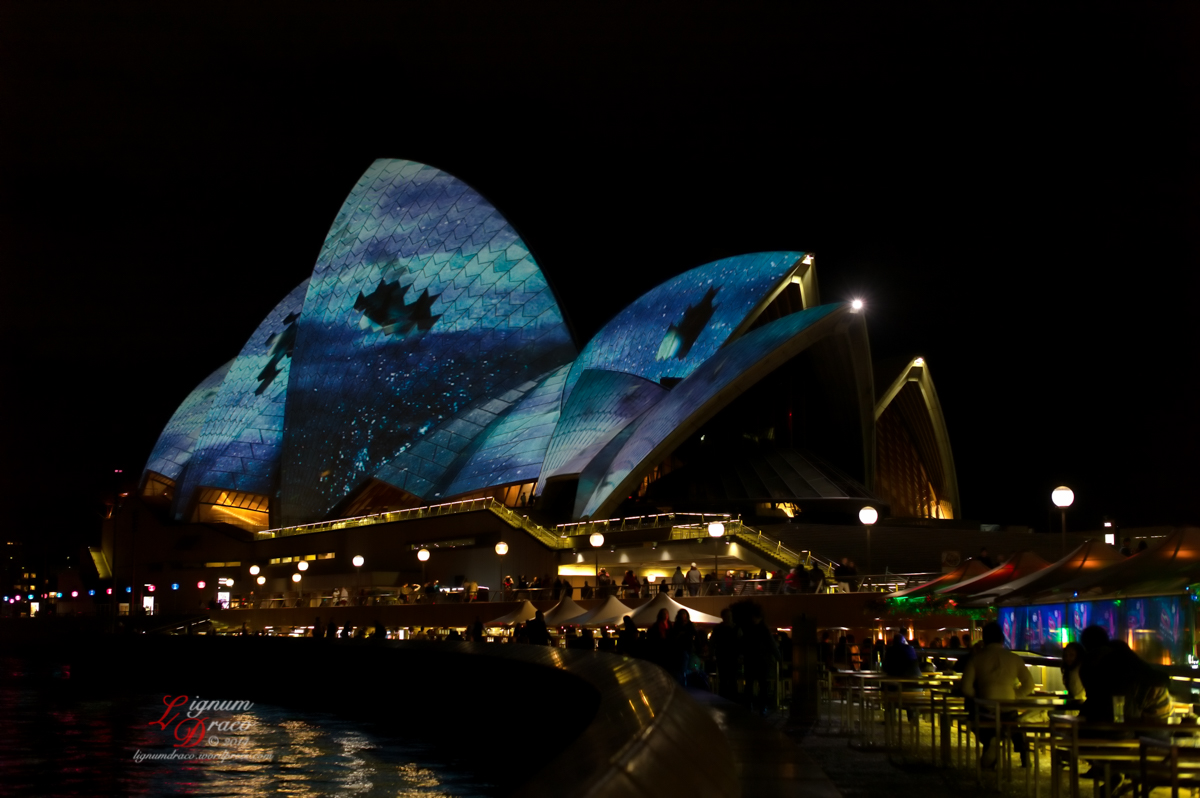 “Let me entertain you” …Robbie Williams 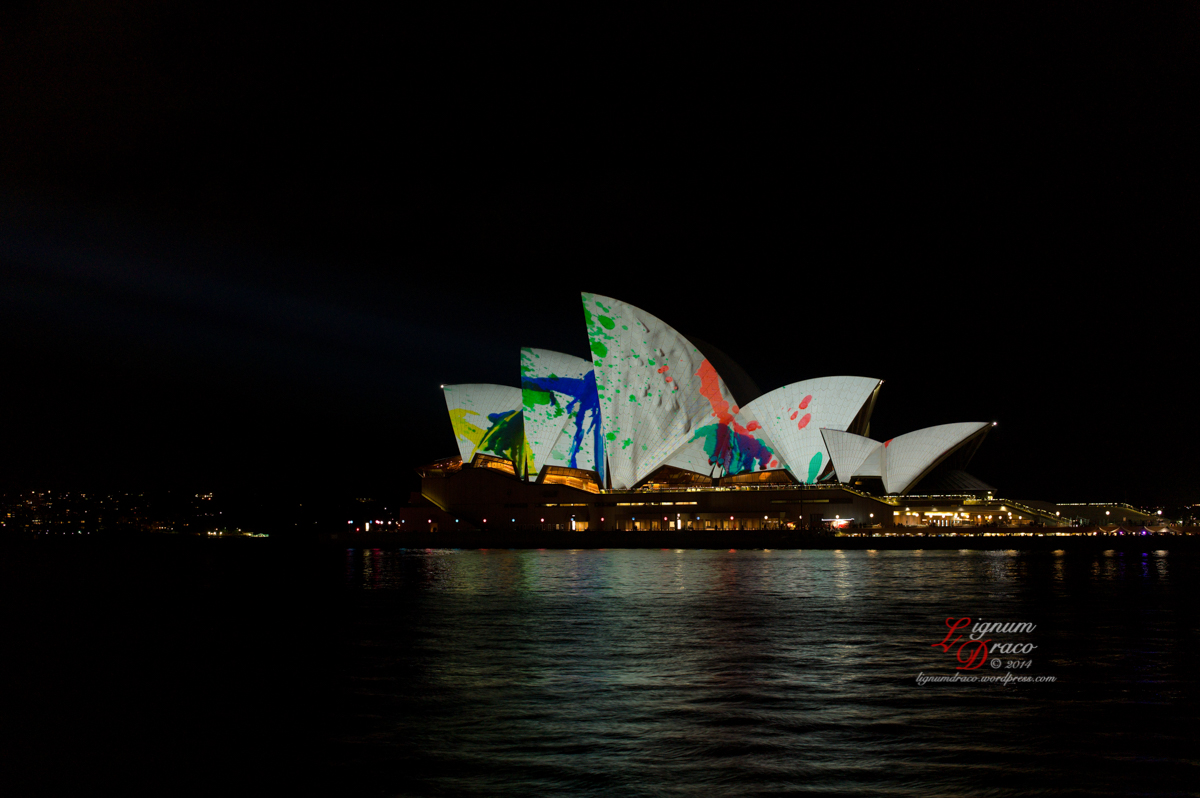 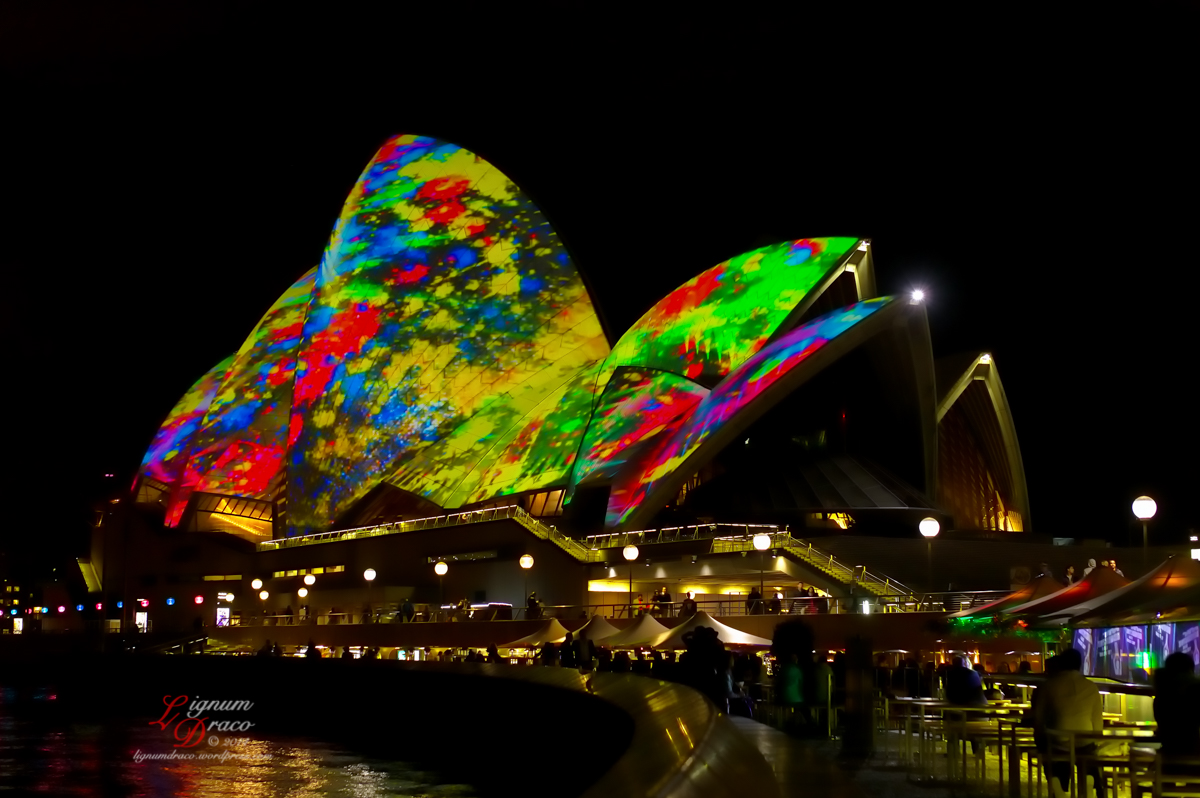 Best viewed on a large monitor, with a glass of champagne. 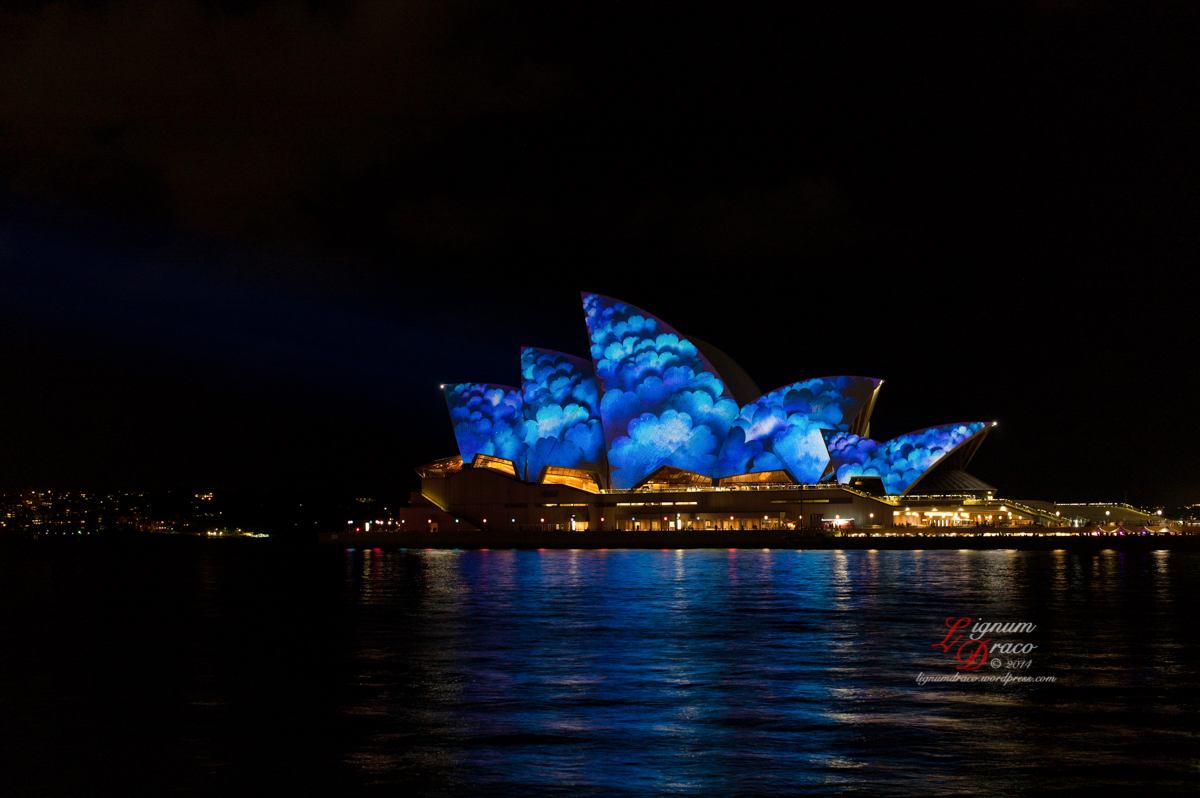 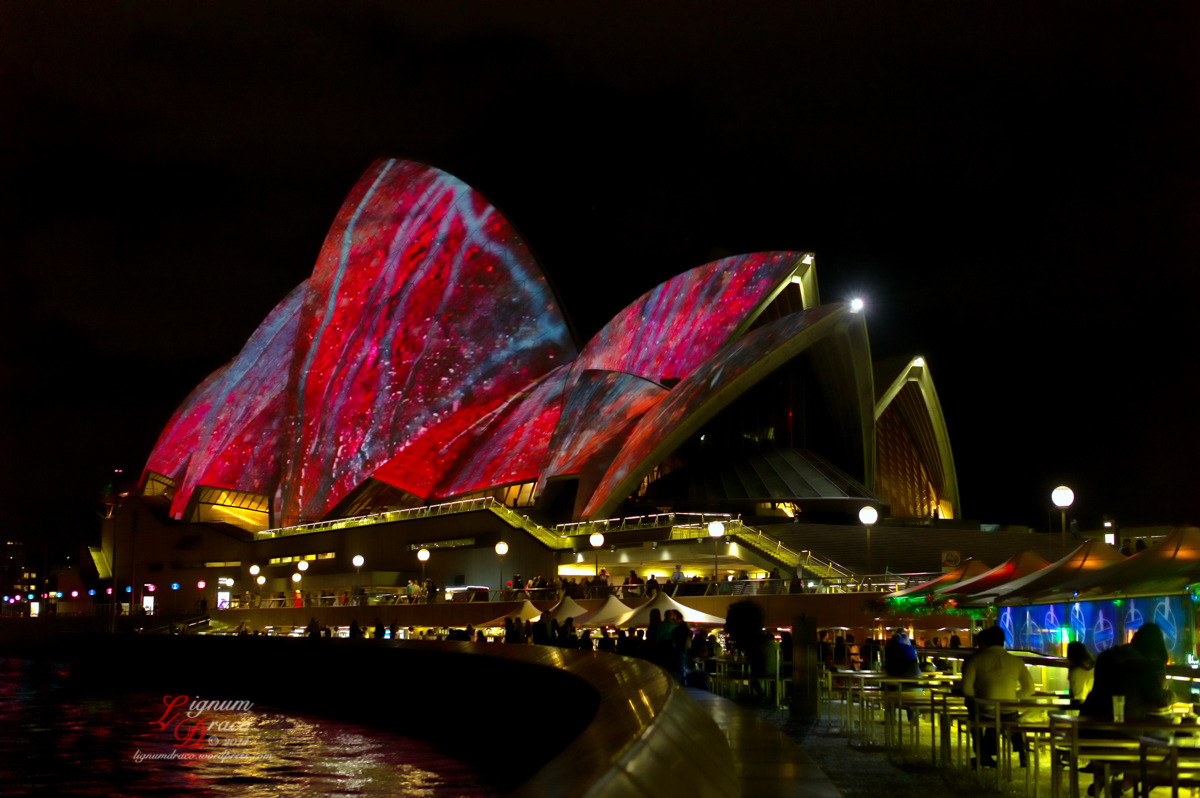 Vivid is, as vivid does … “Vivid” Gump 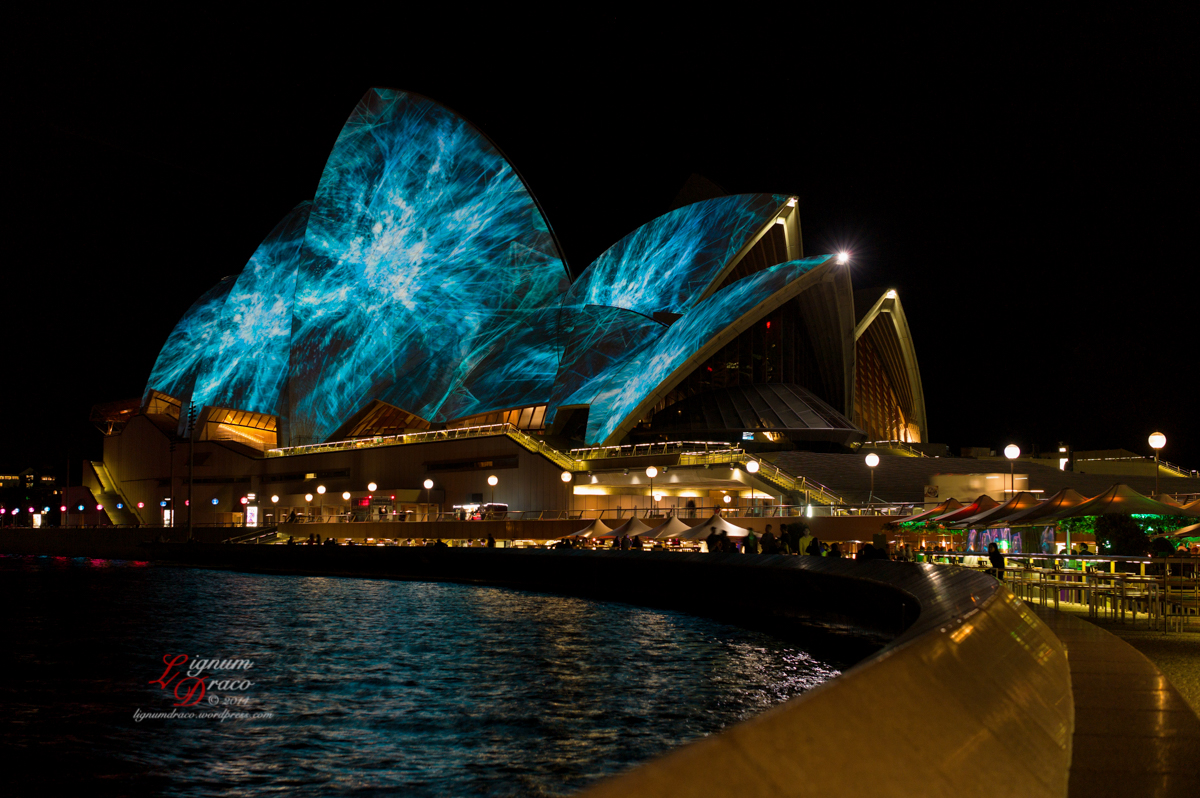 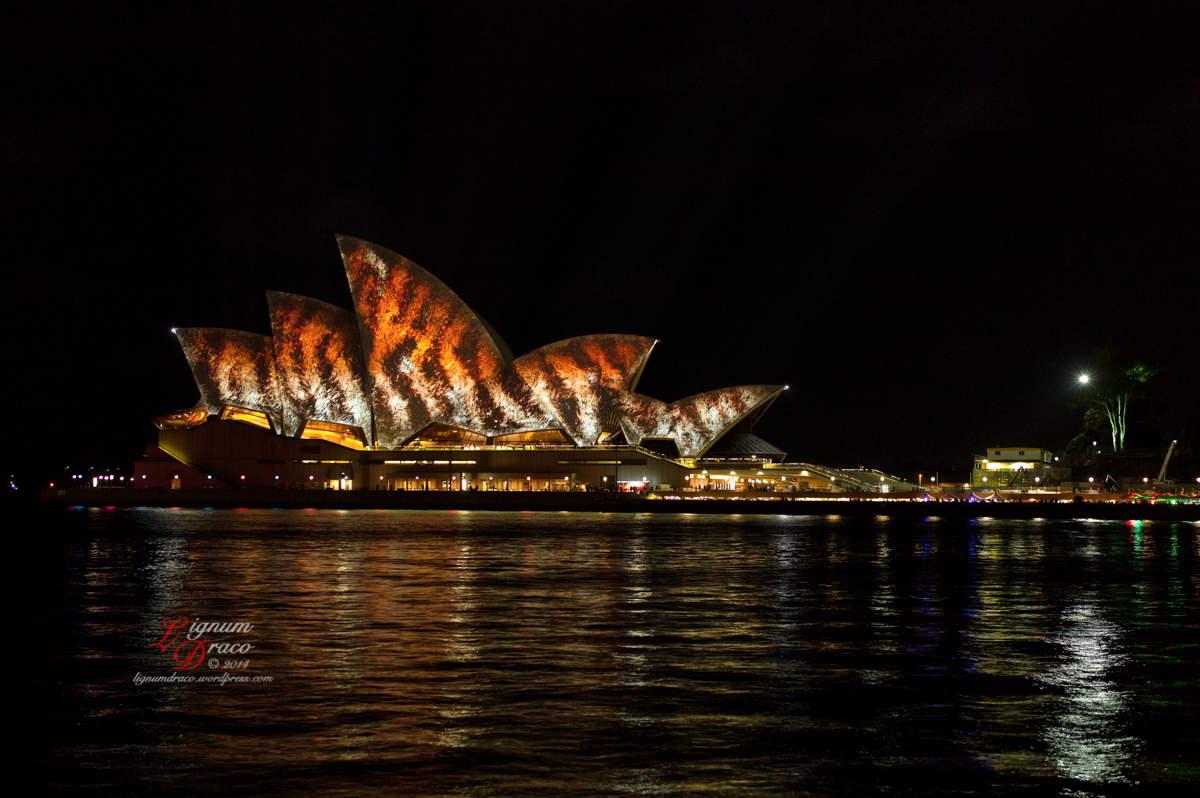 Yes they played computer games on the Opera House 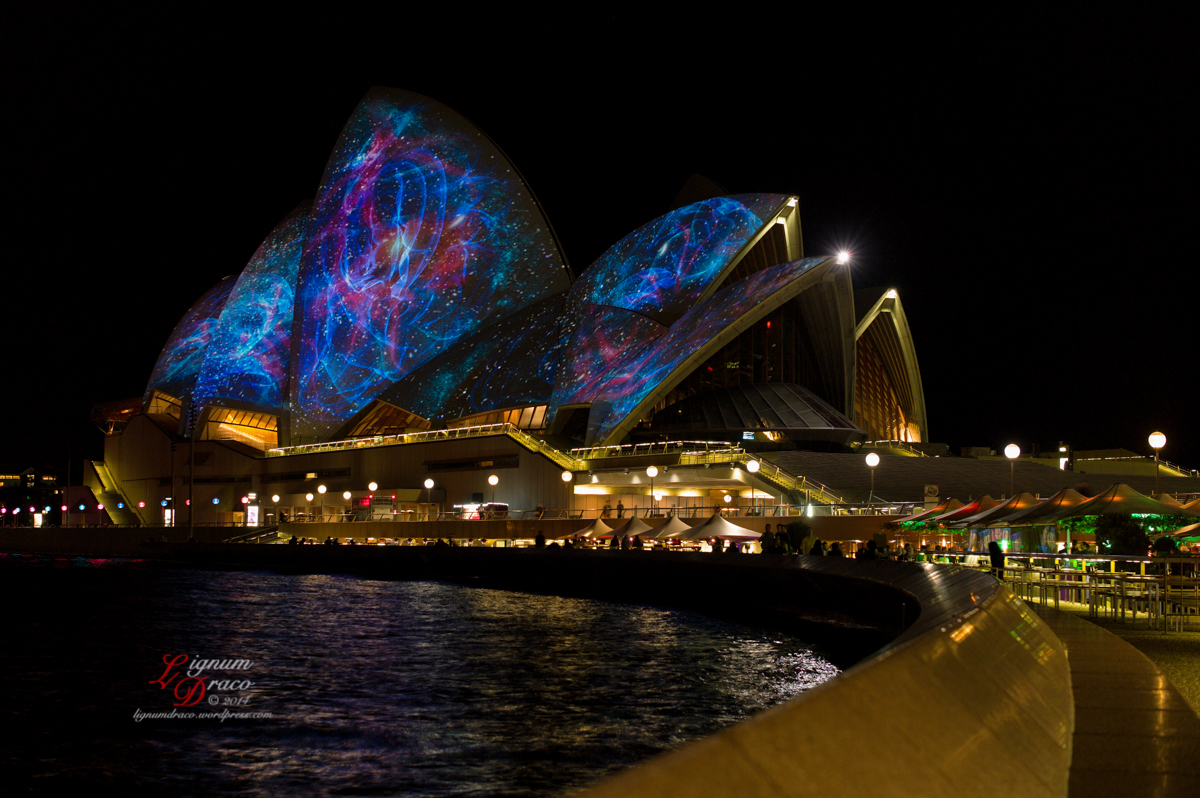 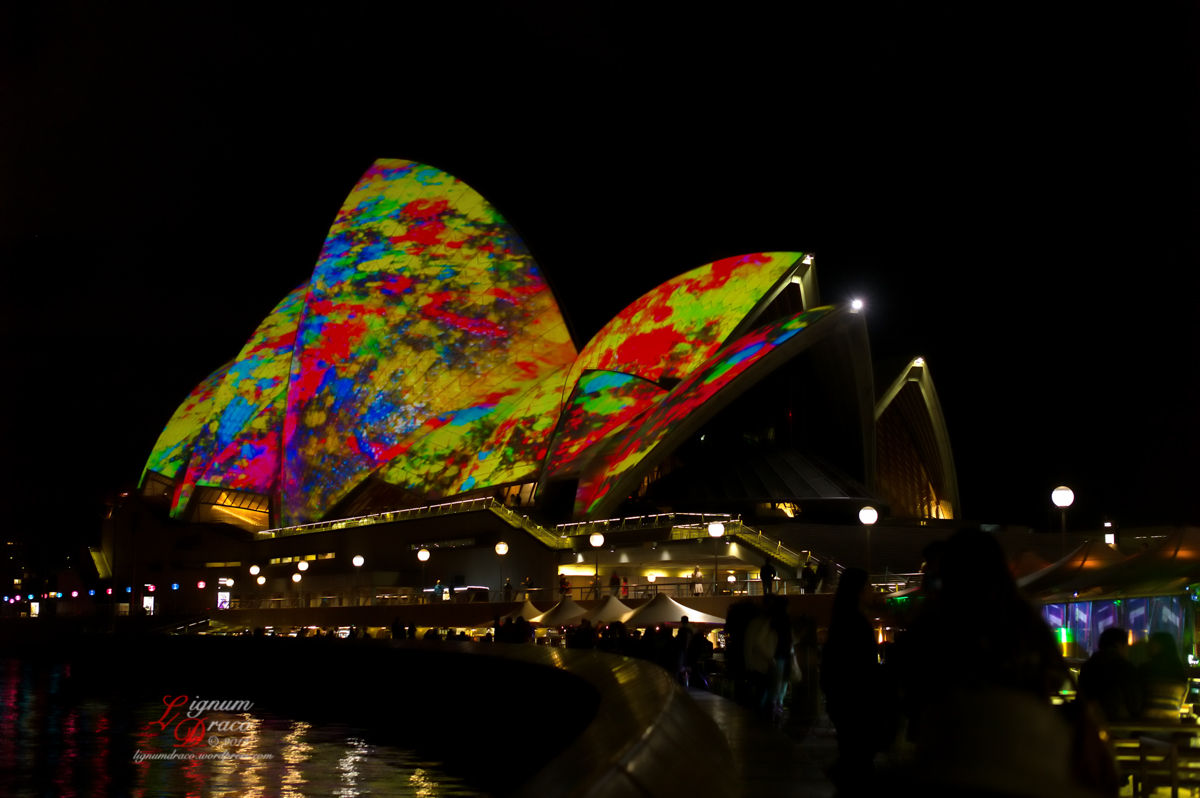 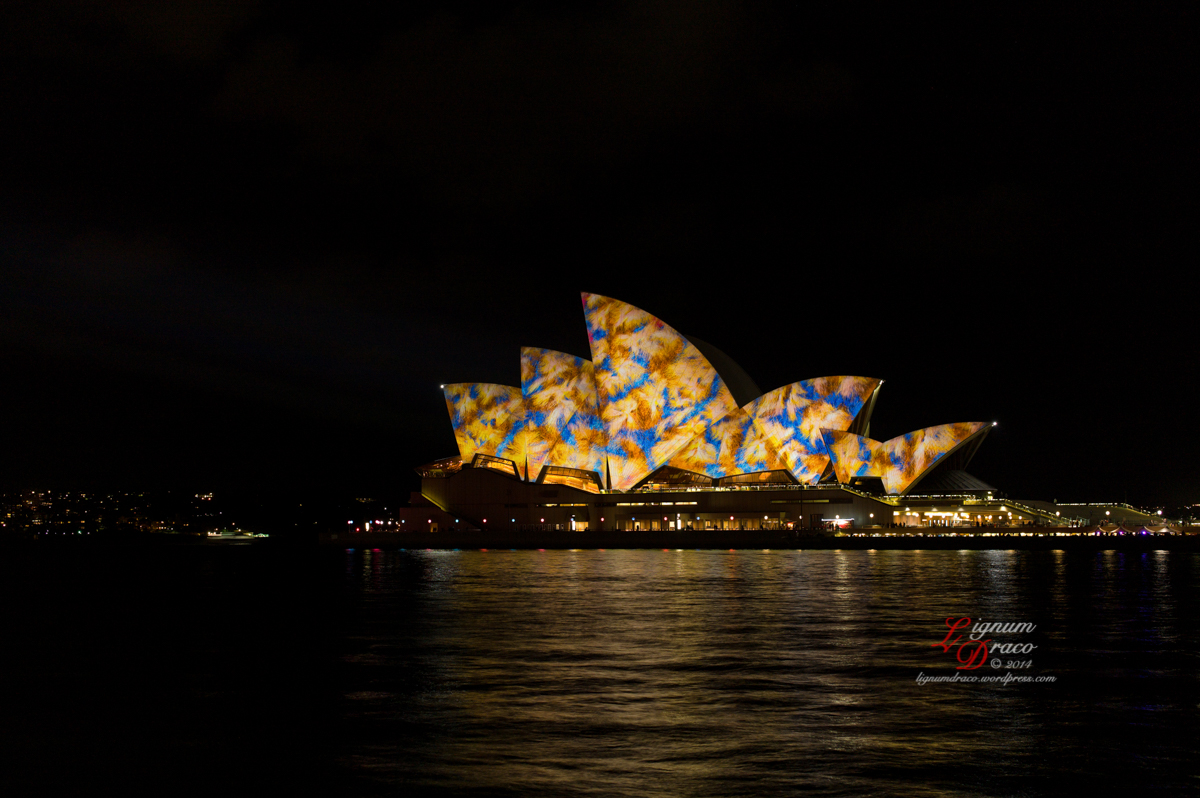 This has been Random VIVIDness for 2014. 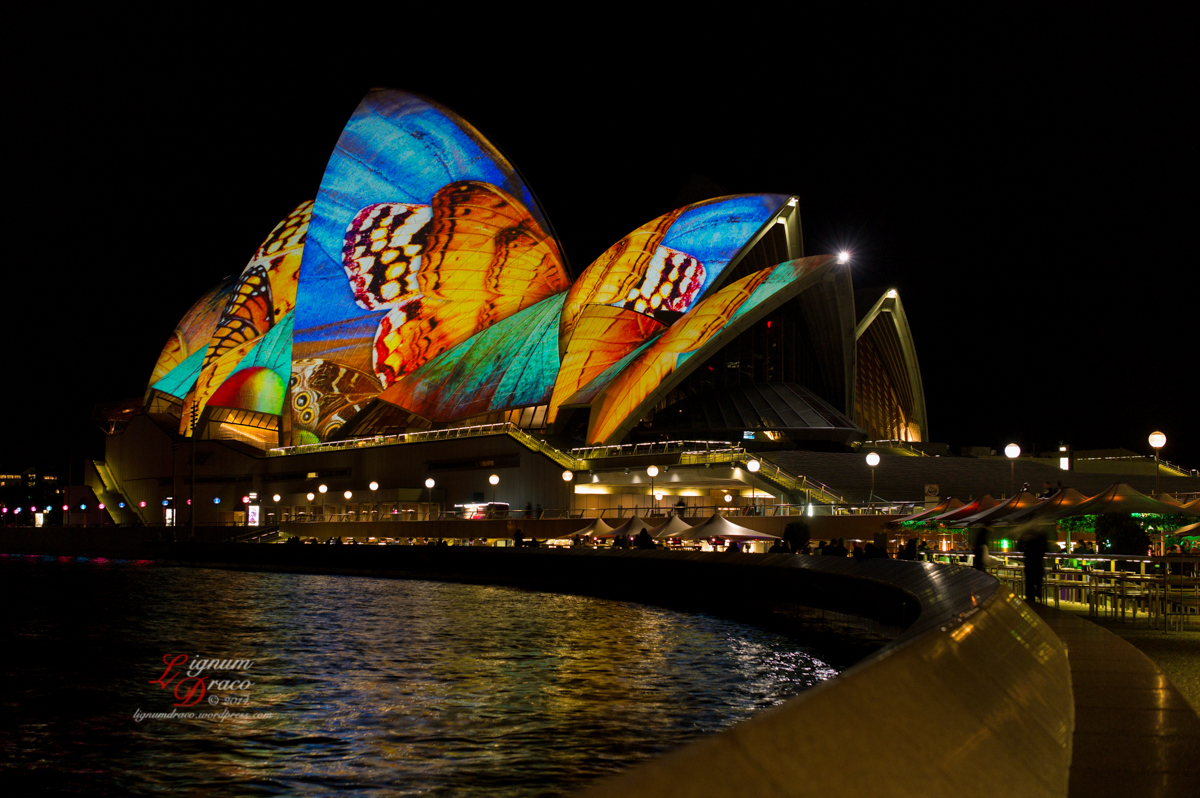 Thank you all for visiting Sydney with me. Lignum Draco is not on the payroll of Vivid Sydney (but should be) 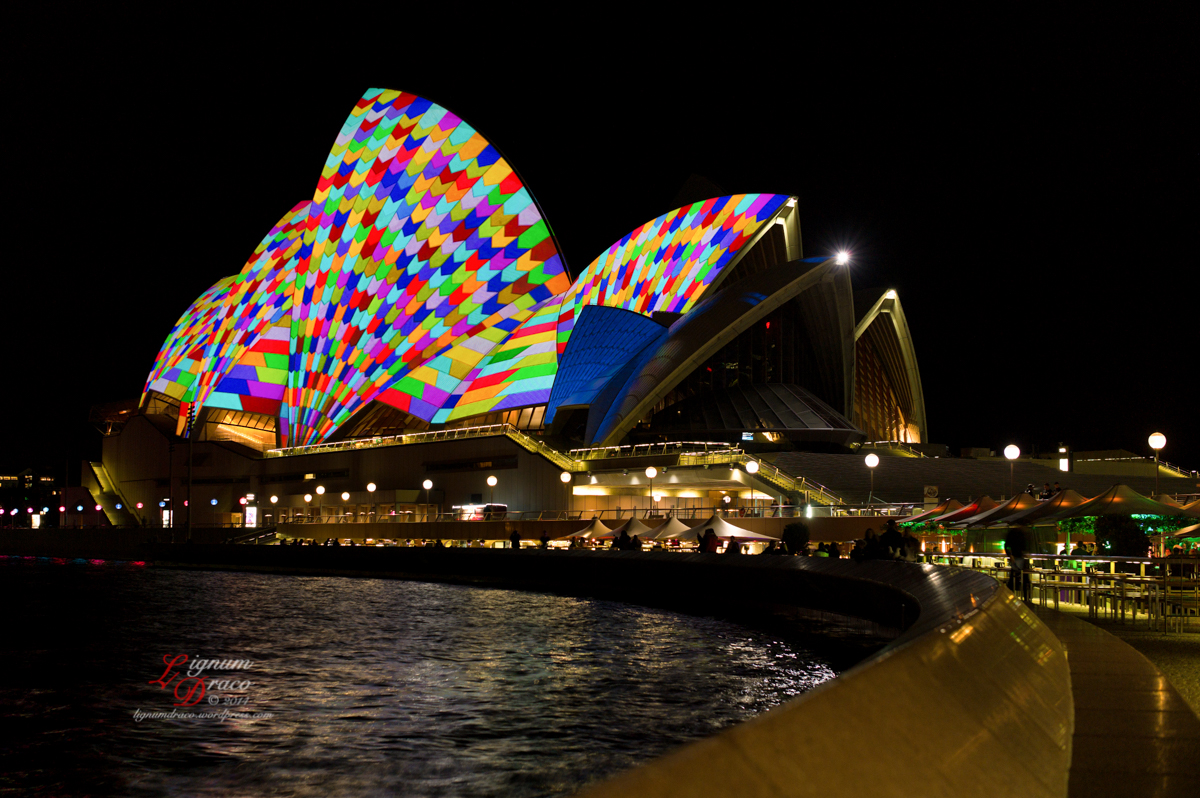 I hope you’ve enjoyed this series but as with all things, the show must end.

The colour must fade.

The wabbits had a weally wonderful time and twuly enjoyed the show.

Would the last one to leave, please turn off the lights? 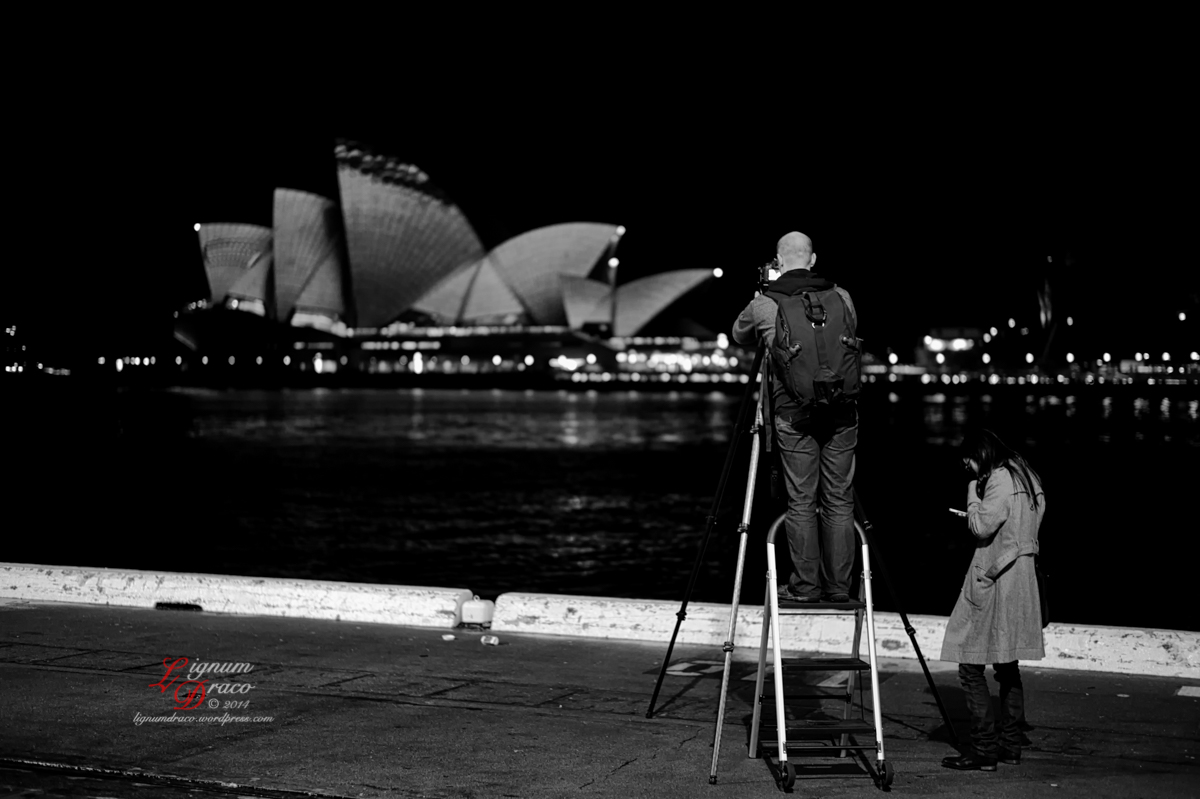 I started this series with the opening theme from the Bugs Bunny Show, and so there’s only one way to end this series:

**normal transmission will resume in a couple of weeks. I need a rest.