Life is too short to drink bad coffee.

Walking through a pedestrian mall one morning I saw these 2 guys chatting; one a labourer and the other an office worker. Presumably strangers, they were friends simply through the act of sharing a coffee. It was a nice scene. My plan was to walk up to them and take their photo from right in front at 3 metres. When they looked up I would simply pretend to be lost and ask for directions to a nearby building. 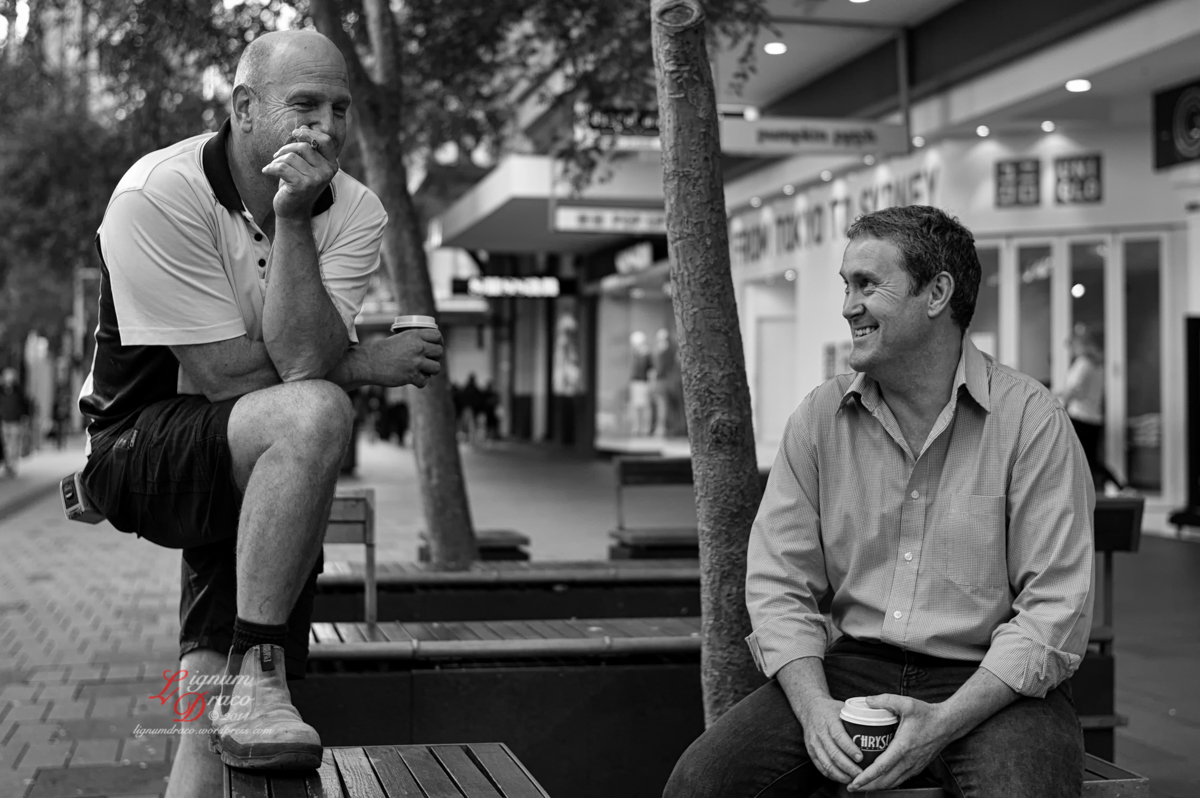 At least, that was the plan. In reality, I stopped and took their photo. I waited a second but they didn’t look up.
So I walked away smiling. Smiling really is infectious. 🙂

Perhaps they may have noticed me if I had a cup of coffee in hand and the aroma of coffee around me. Sharing coffee can have that befriending effect on people, and in acknowledgement of the power of coffee, last weekend they closed off a section of the city for the 17th annual Aroma Festival. 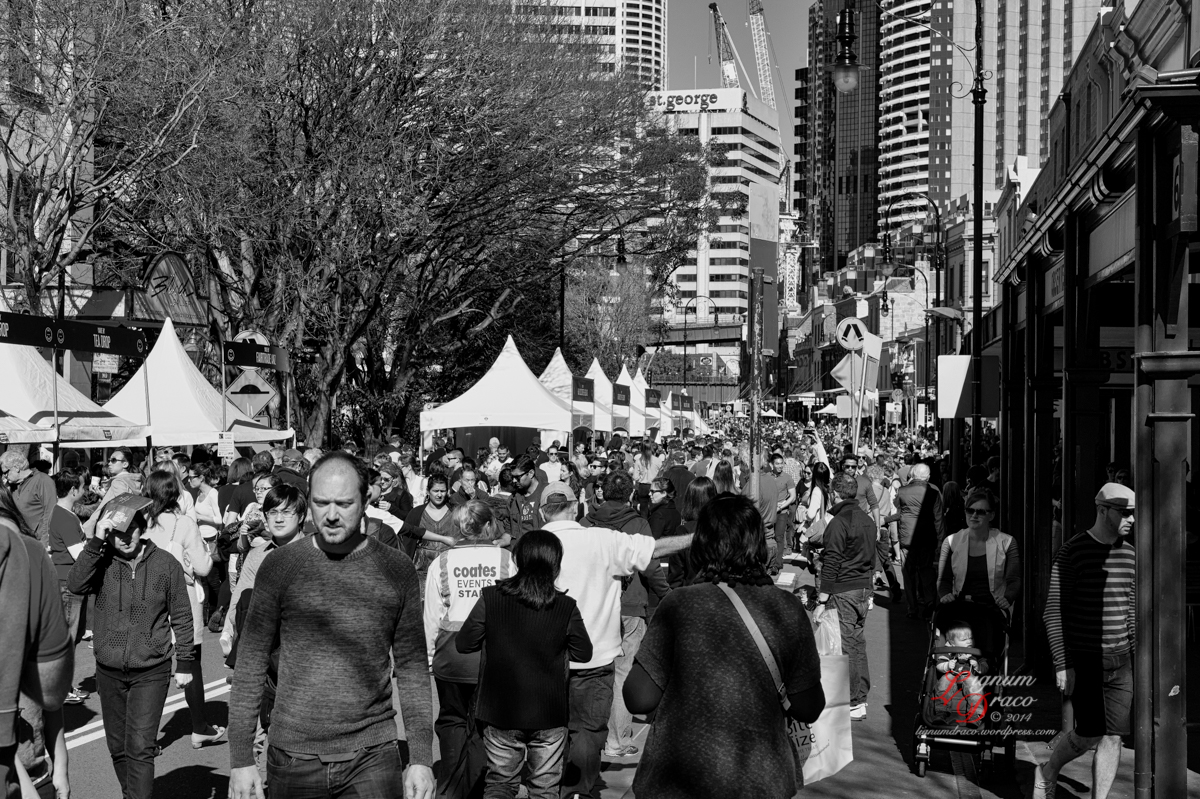 For a day, they closed off city roads and set up numerous stalls, staffed by baristas. They predicted approximately 90,000 visitors. I stopped counting after 17 and queued to buy a coffee instead. 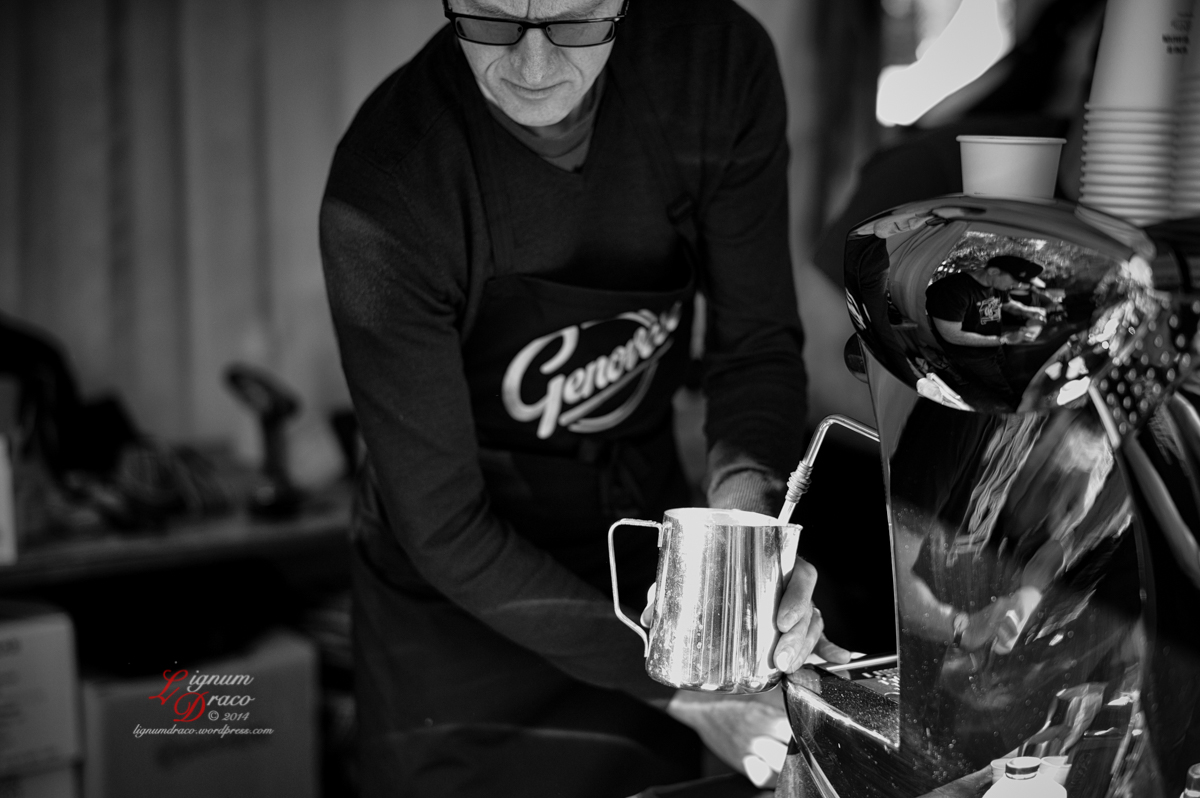 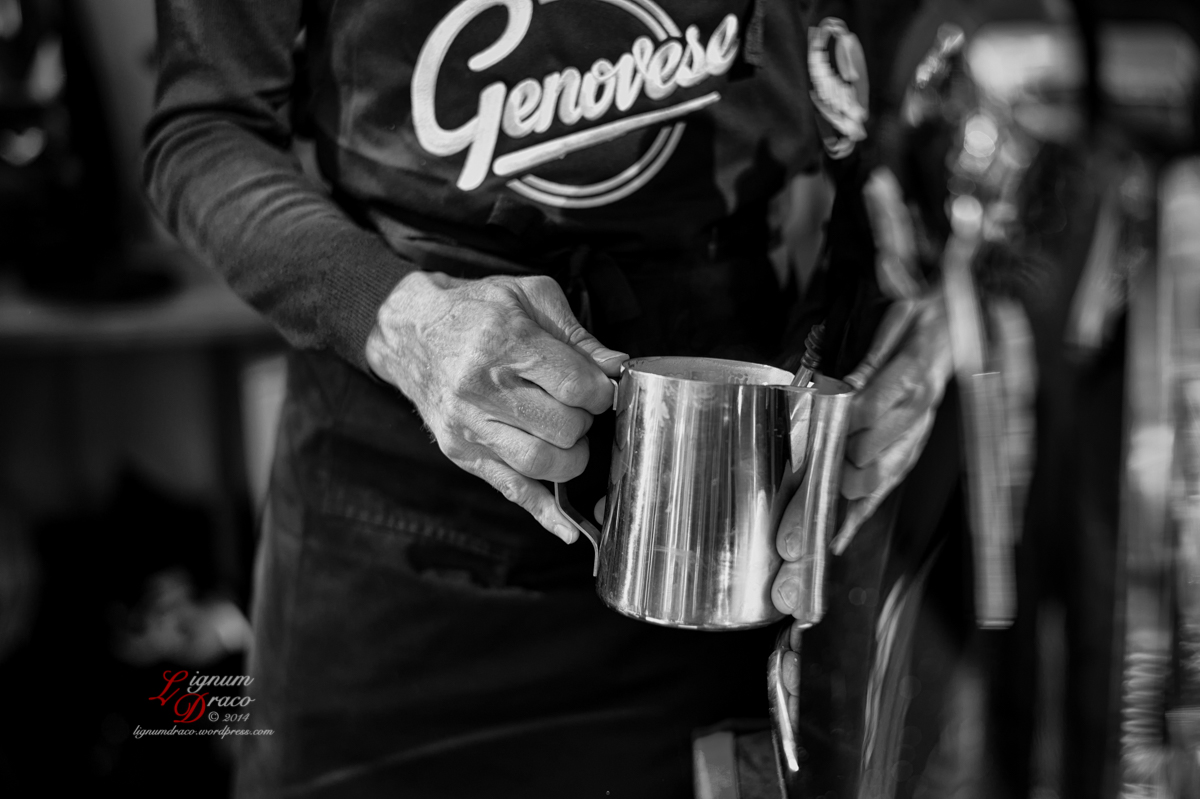 There were just as many food stalls too. After all, what’s coffee without some chocolate. 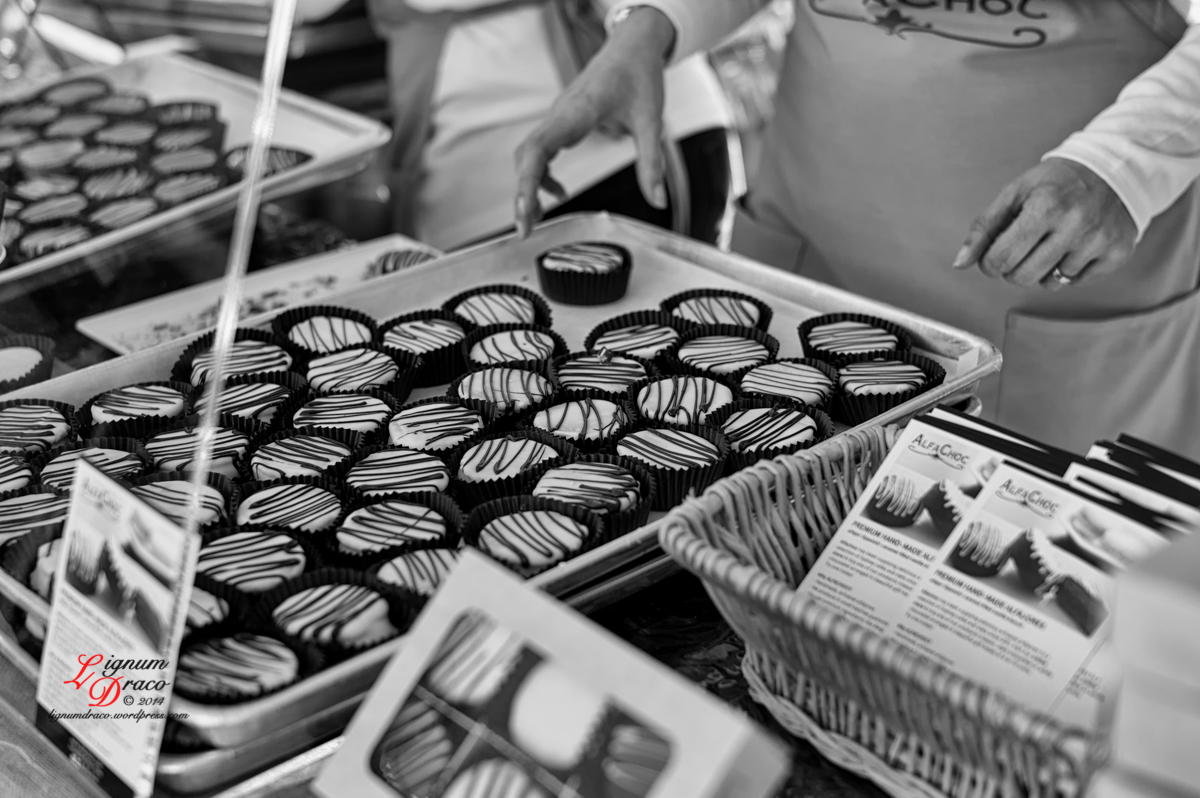 Regardless of whether you’re a summer lovin’ or a winter lovin’ person, there’s always time for some coffee (and chocolate) lovin’. I went home contented.