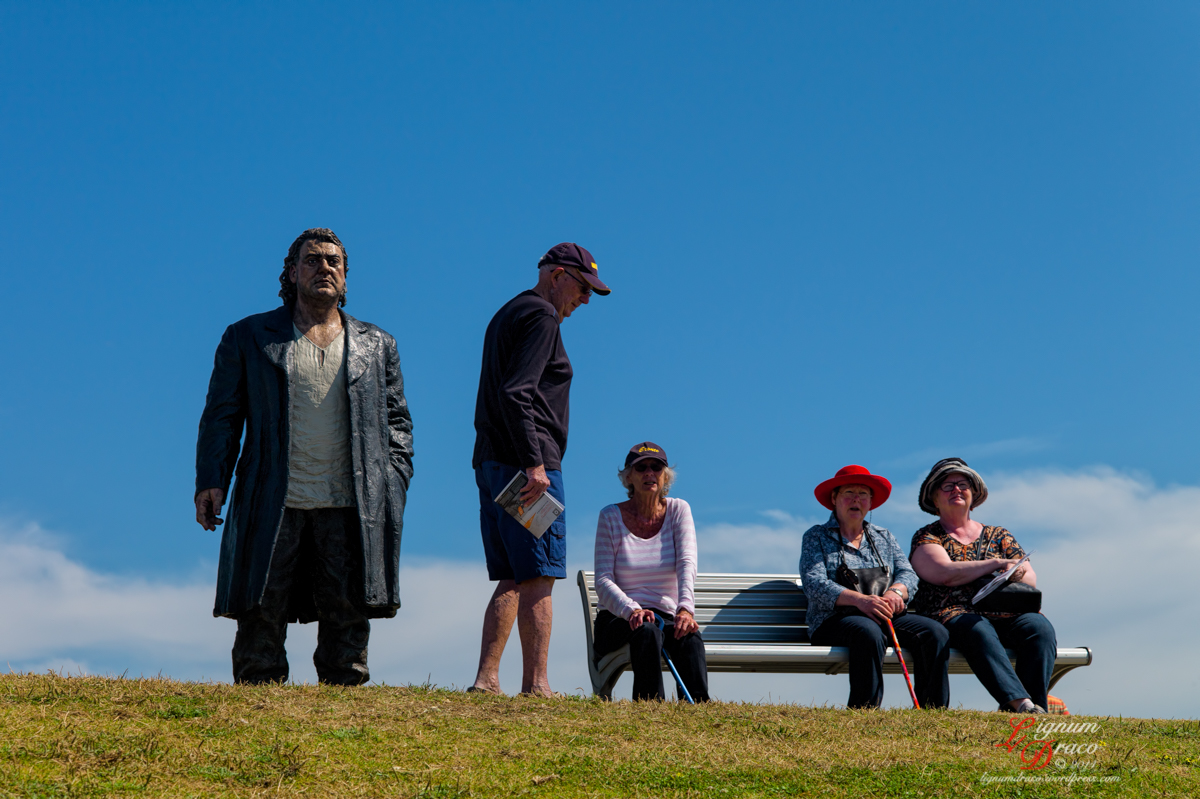 “Not all those who wonder, wander”

The 18th annual Sculpture by the sea exhibition at Bondi ends this weekend. This free public event includes 109 exhibiting artists from 16 countries around the world. It is held along the 1.2km coastal walk between Bondi Beach and Tamarama Beach.

THE WANDERER, by Sean Henry.

Statement: The artist’s sculptures of anonymous people exist alongside us but go beyond the narrow limits of simply imitating life through subtle changes to colour, scale and material.

“Time and tide wait for no man”

VESSELS OF DESTINY, by Melissa McElhone.

Statement: The vessels are inspired by journey and its resulting life changes. 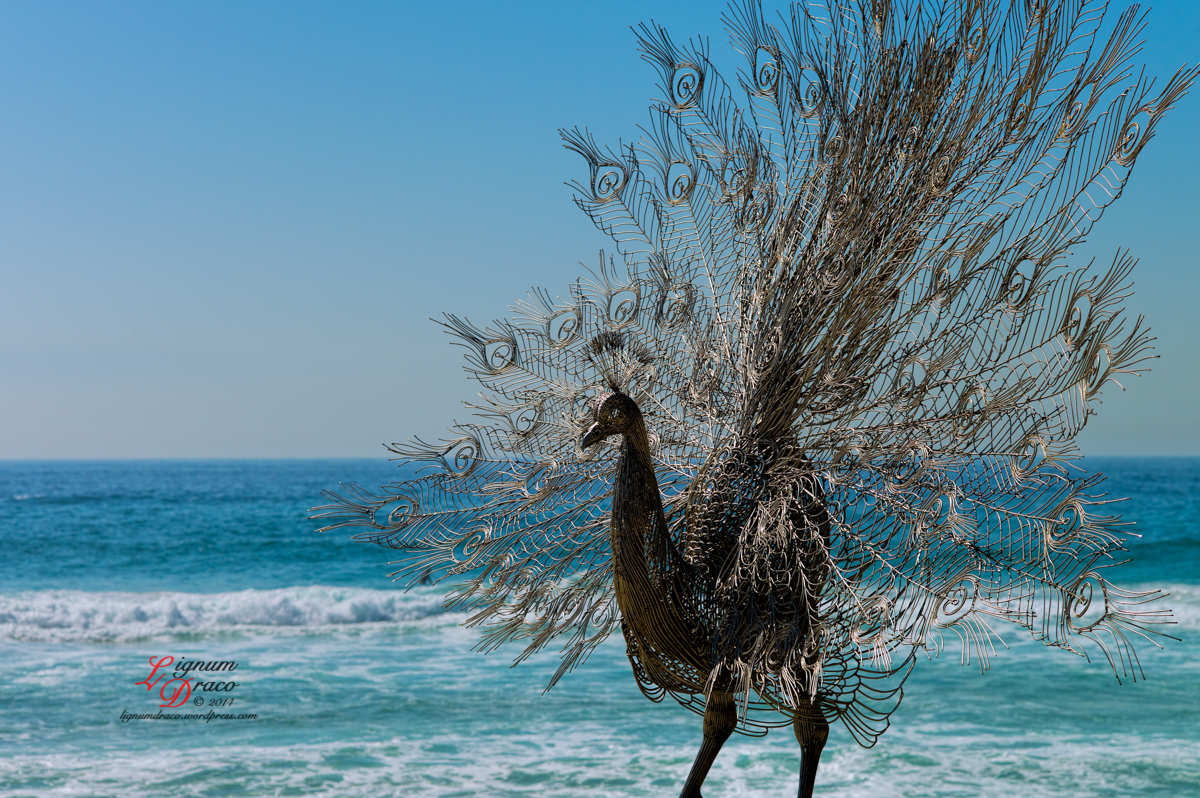 OUR MEMORY IN YOUR PLACE, by Byeong Doo Moon.

Statement: The passion and ideals of humanity are reconstructed and represented metaphorically in this bird.

“Cook on high for 10 minutes, baste, turn over, then see the skin cancer doctor”

Statement: This work asks us to stop and think about the damaging effects of the sun, and the need to ‘cook’ ourselves at the beach.

Everyone’s heard of Bondi Beach but perhaps Tamarama Beach (or Glamarama Beach as it is known locally) is not so well known. The approach on both sides is via a descent from the cliff tops which offers a nice view which you can appreciate in the next photo.

There was a cluster of sculptures at the beach, including the COUNTER, by Geoffrey Drake-Brockman which you can see above. The artist’s statement about his work was, “Everyone has a choice; to be counted or not to be counted”. On day 1 I was number 1622. 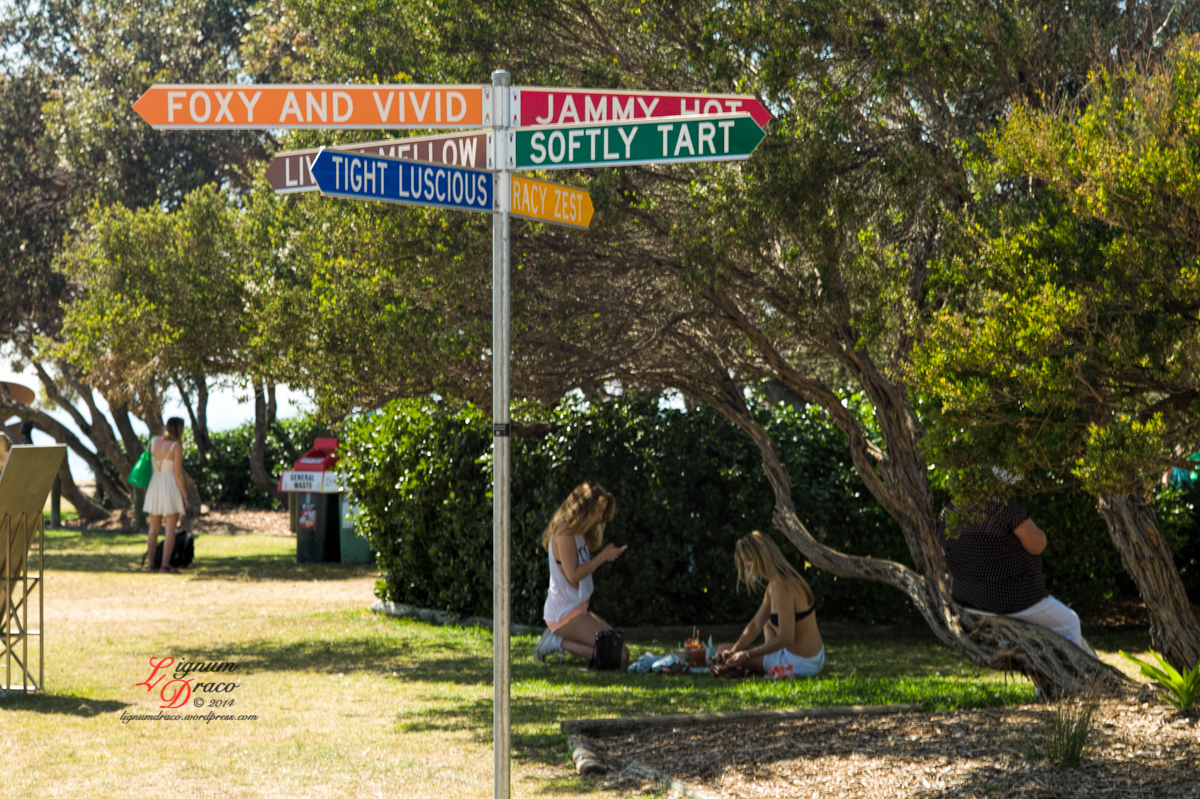 Statement: Taste, including aroma, is an intense personal experience yet hard to describe. The work uses delicious words sounded on the tongue to summon fresh tastes. 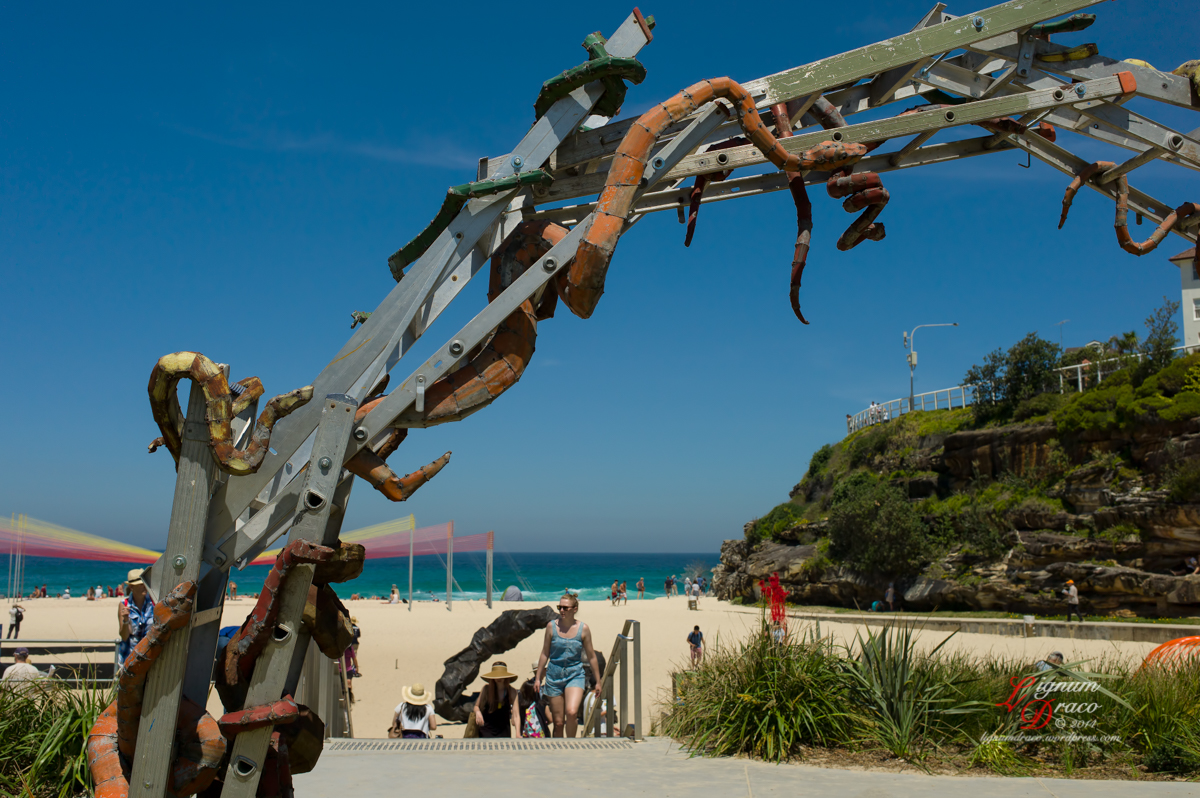 “Only the penitent man shall pass”

SNAKES AND LADDERS, by Hannah Kidd.

Statement: A play on a childhood board game that cheerfully instructs us on the trials of life.