The 18th annual Sculpture by the sea exhibition at Bondi is now over. This free public event included 109 exhibiting artists from 16 countries around the world, and was held along the 1.2km coastal walk between Bondi Beach and Tamarama Beach.

Statement: Inspired by the purity and happiness of children. The work relates to Buddhist philosophy which keeps the mind close to peace. 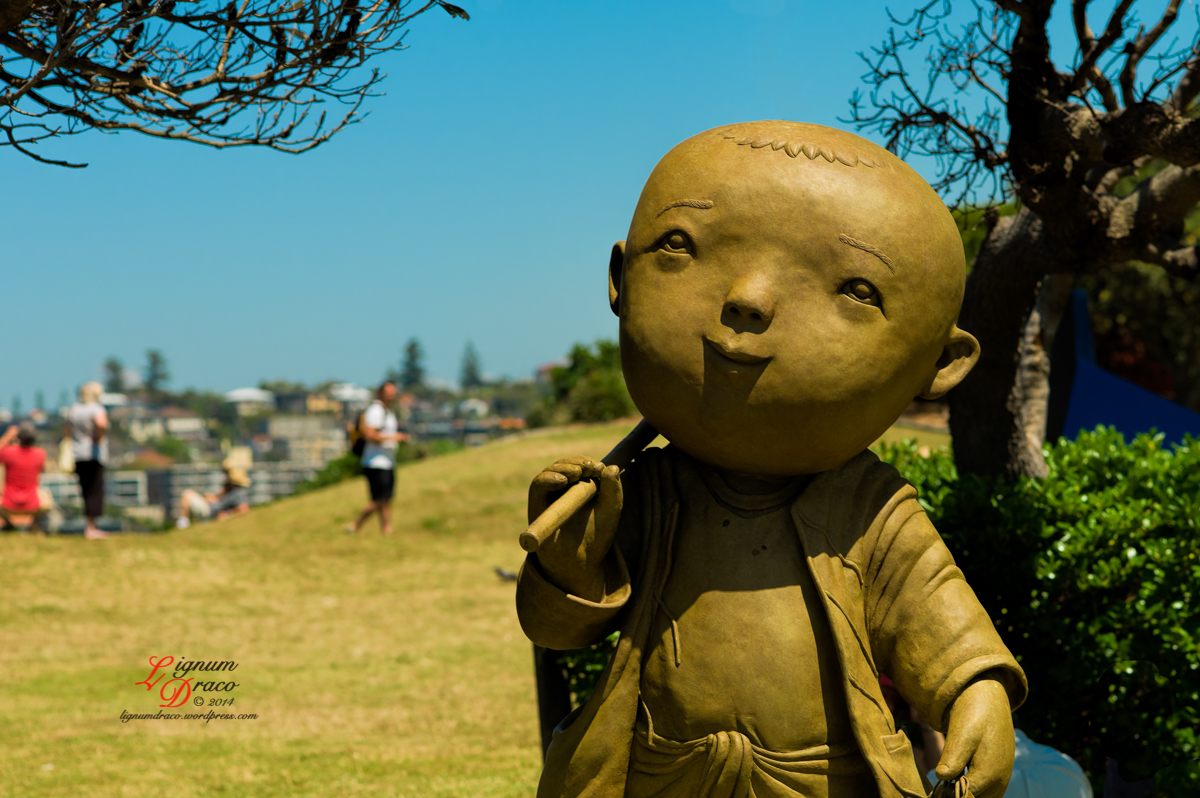 “Clap along if you feel like happiness is the truth” 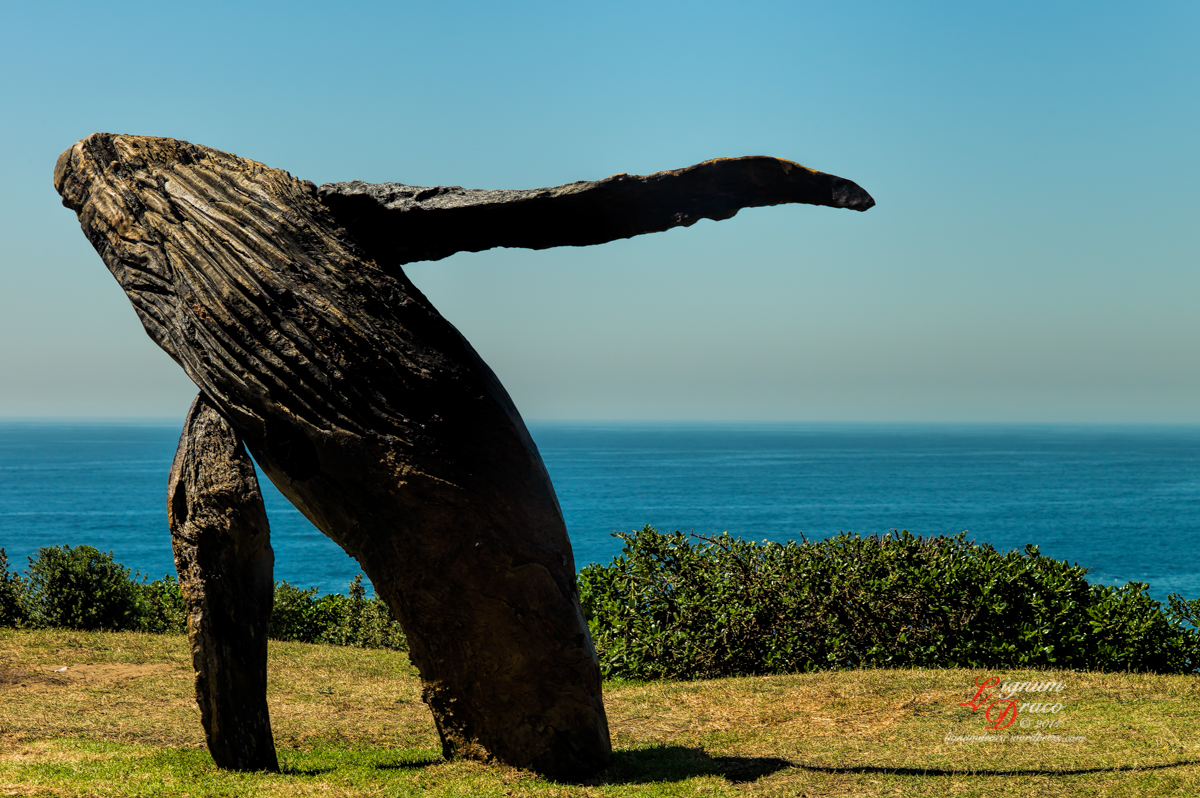 Statement: All about boundaries, crossing from one to another, if only for a short time. The action of launching out of your natural environment, if only for a few moments, is something that resonates with us. 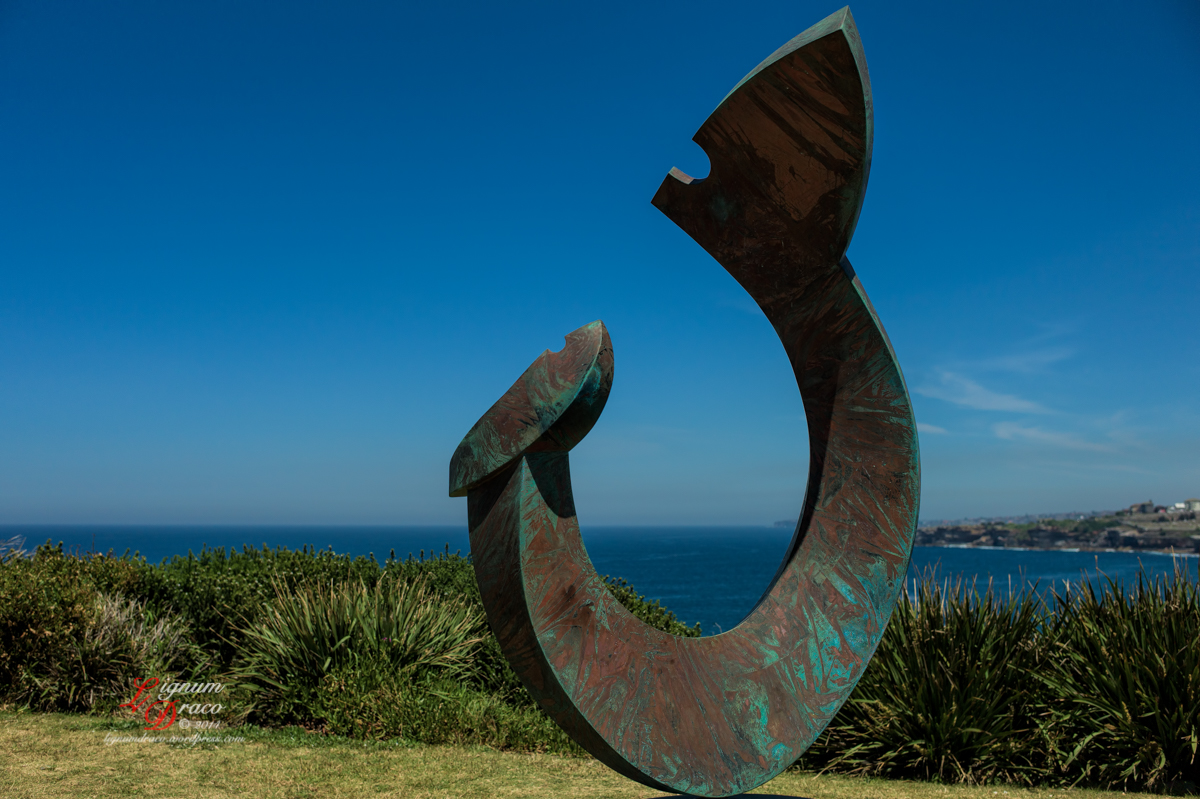 “The mother and child reunion is only a motion away”

THE MOMENT, by R.M. Gomboc.

Statement: The work represents the moment of the first glance that bonds mother and child. 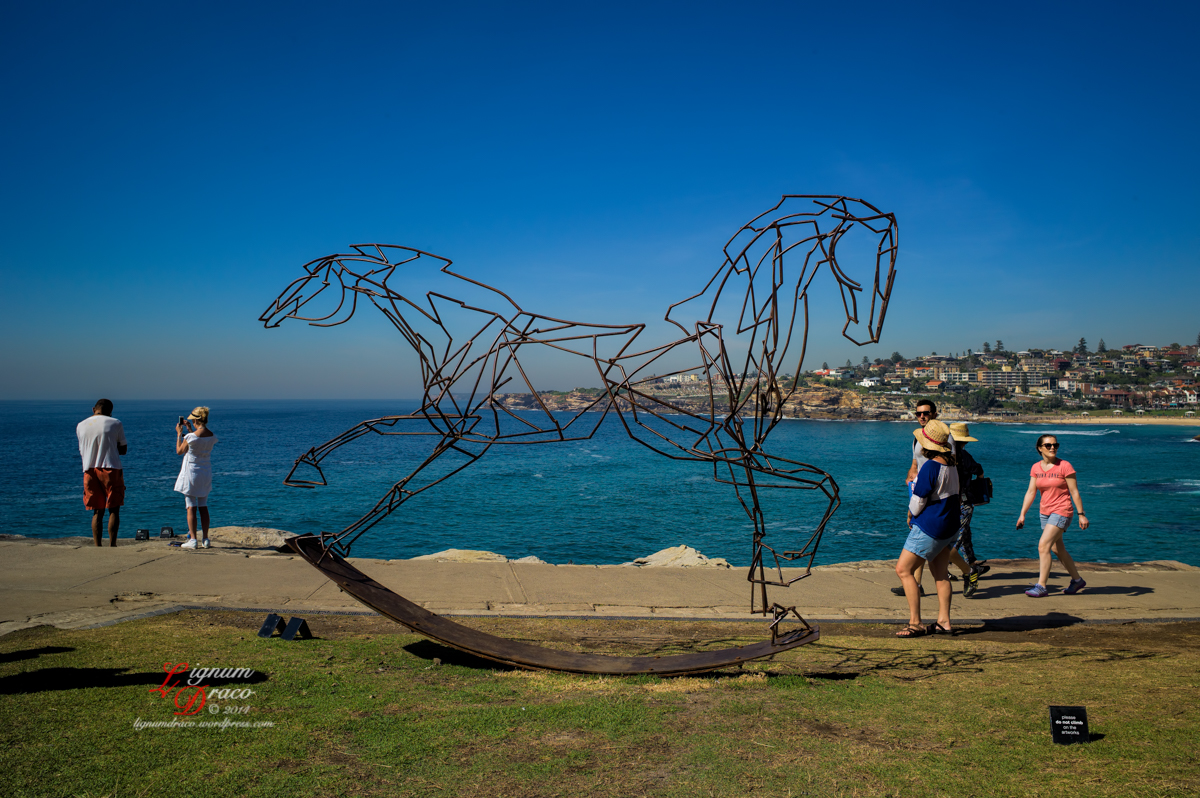 “Wild horses could not drag me away from you””

WHICH WAY FORWARDS, by Harrie Fasher.

Statement: A double headed rocking horse is a humorous look at our different approaches to life. Pulling in opposing directions, one end gallops into the future whilst the other proceeds with control and power.
…

Statement: An experiment, in which the artist is expressing the concept of position and topologies as one (minimalistic) substance.

THE BOOT POOL, by Ian Swift.

Statement: From the South coast to Newcastle, ocean pools were largely made by families wanting a safe place to swim. Could it happen now?

THAT TRANQUIL MOMENT, by Stephen Marr.

Statement: A figurative work that endeavours to metaphorically personify aspects of humanity using the sculpture as a canvas to extend the concept(s). 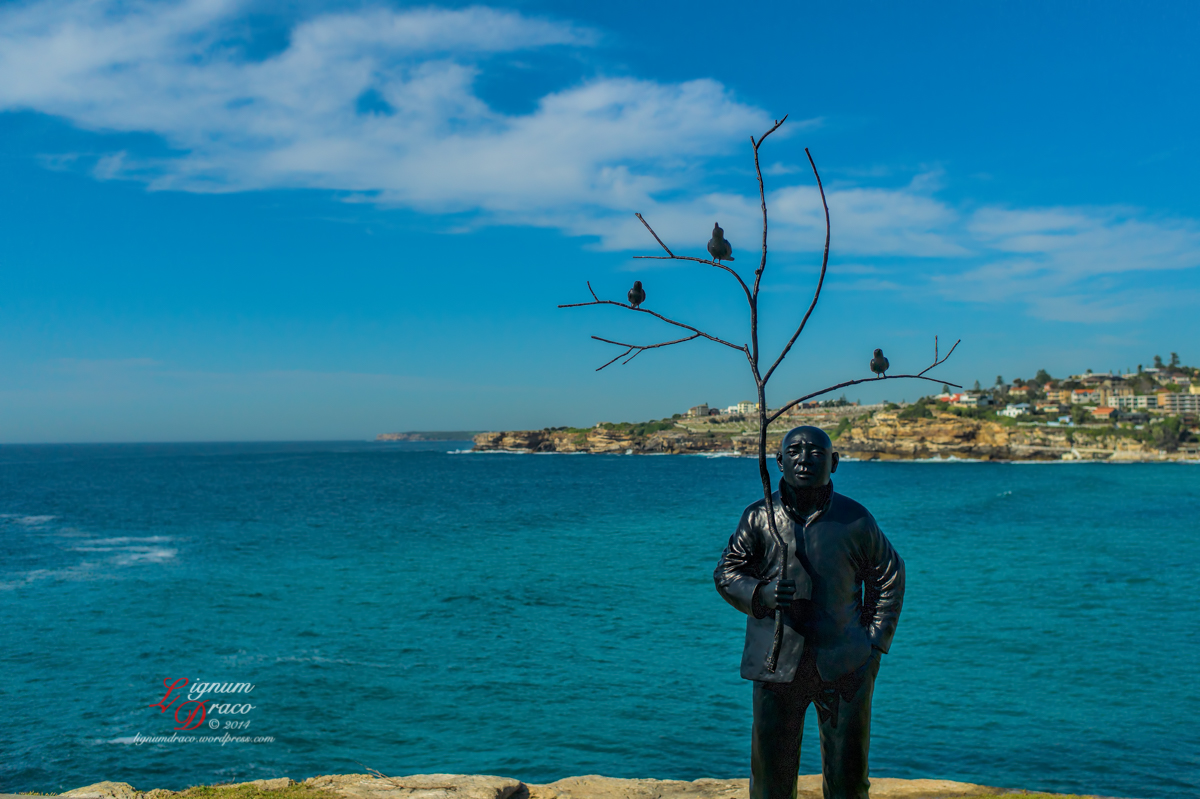 “I hope someday you will join us, and the world will be as one”

Statement: The work explores the relationship between man and nature. It combines the traditional material of bronze with the traditional arts language of realistic representation.

This is part 4 of a 5 part series. The final part will appear later this week.