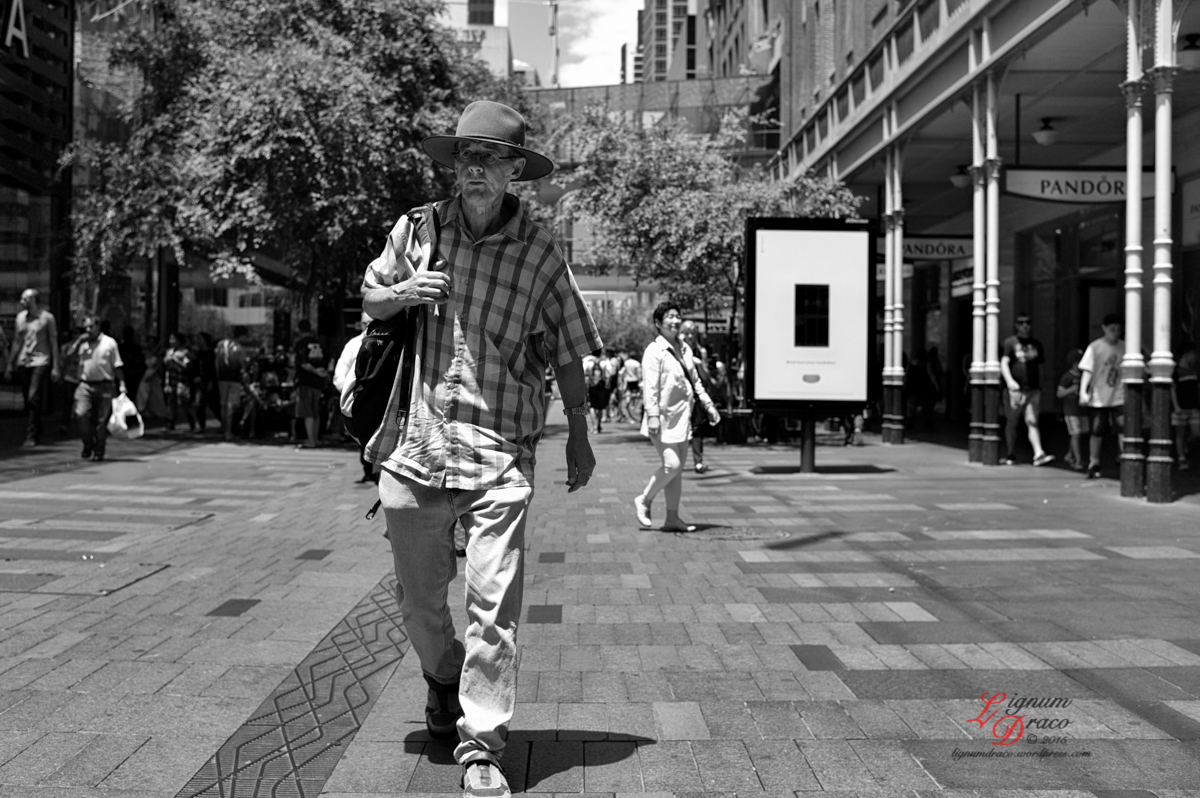 “Another one bites the dust”

“Steve walks warily down the street
With the brim pulled way down low.
Ain’t no sound but the sound of his feet
Machine guns ready to go.”

The term “Mano a Mano” is Spanish and literally means “Hand to Hand” as in unarmed combat. However in its modern incarnation the term is used in any scenario where two (usually male) individuals are going to have some sort of direct competition, friendly or otherwise. 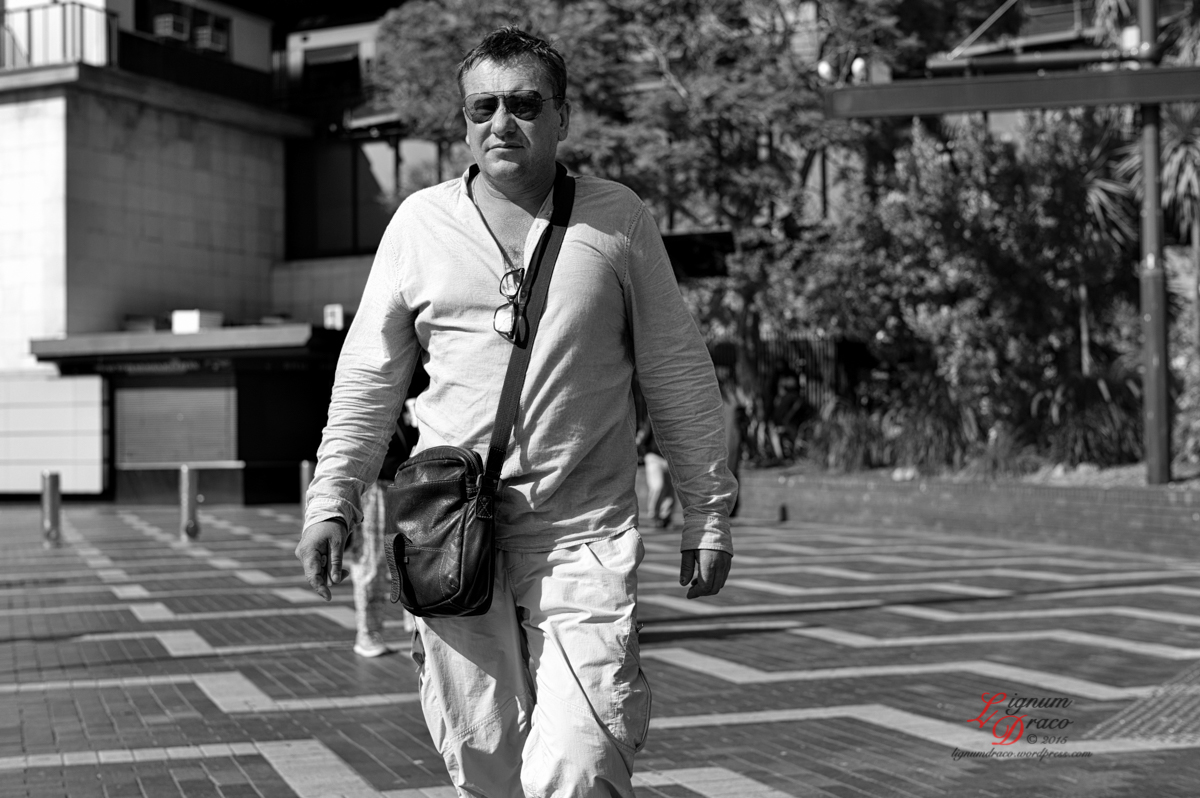 “Are you ready, hey, are you ready for this?
Are you hanging on the edge of your seat?
Out of the doorway the bullets rip
To the sound of the beat.”

And so it is for me, when I’m out on the street, and I see a single combatant approaching me. The challenge is set and I will walk right at them, and they walk right at me. Two guys in motion but only one can win. Will he see me first and run away? Or, will I fire first and get the shot in? 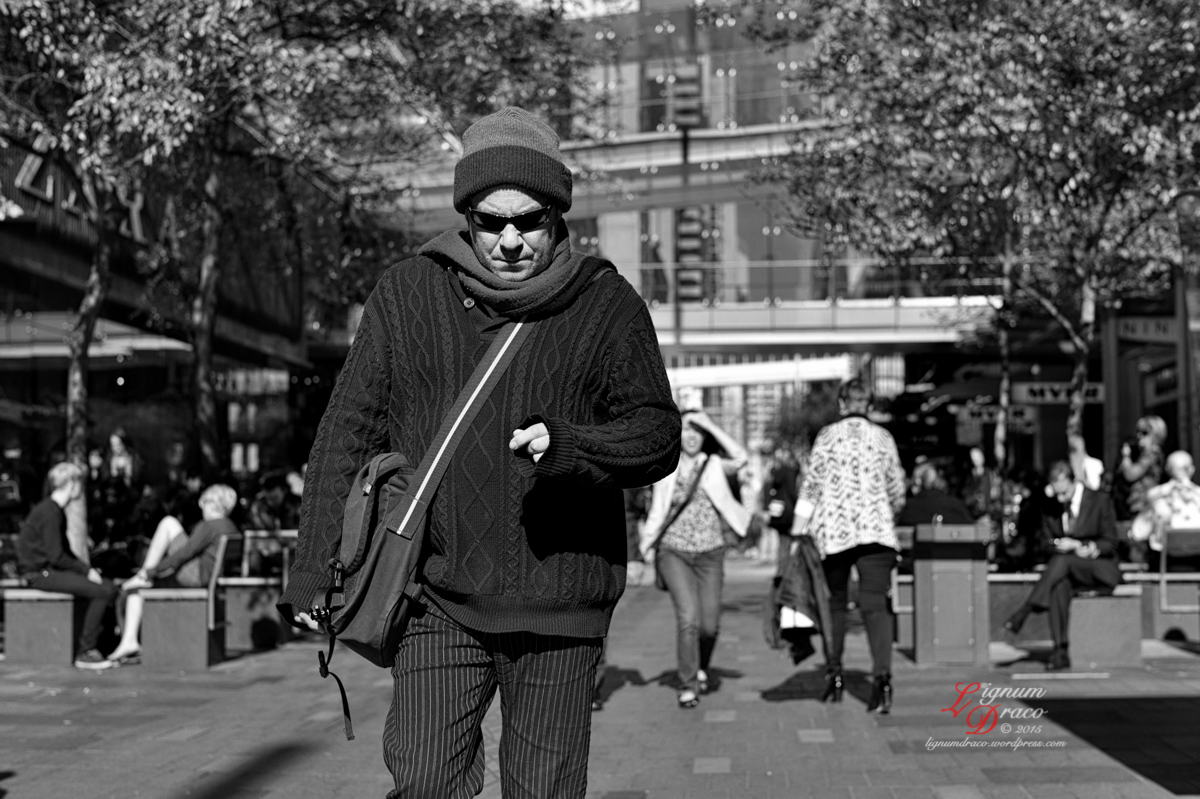 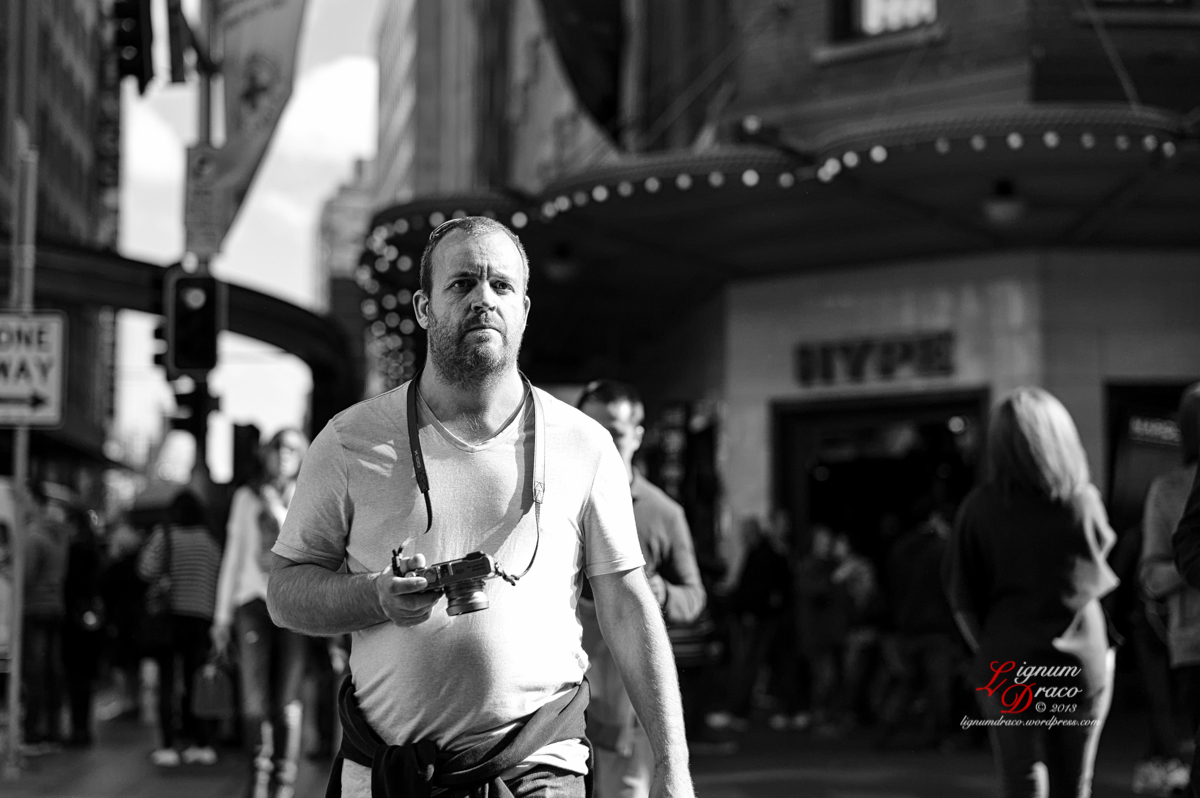 “Hey, I’m gonna get you, too
Another one bites the dust.”

It’s even better if they’re holding a camera. Sometimes, I feel sorry for them. Well, maybe not.

But then one day, that dark fateful day, it happened.

We were both walking the line right at each other. One of us had to give. He licked his lips and accepted my challenge.

I commenced my approach.

I shot and missed. But not by much.

My pulse raced. Sweat formed on my forehead.

I quickly refocussed and shot him again.

A direct hit, but he just smiled and kept coming at me.

No time for another shot. He lowered his eyes, dipped his head and charged right at me.

He was not stepping off that line.

I had to swerve and surrender to a greater force. 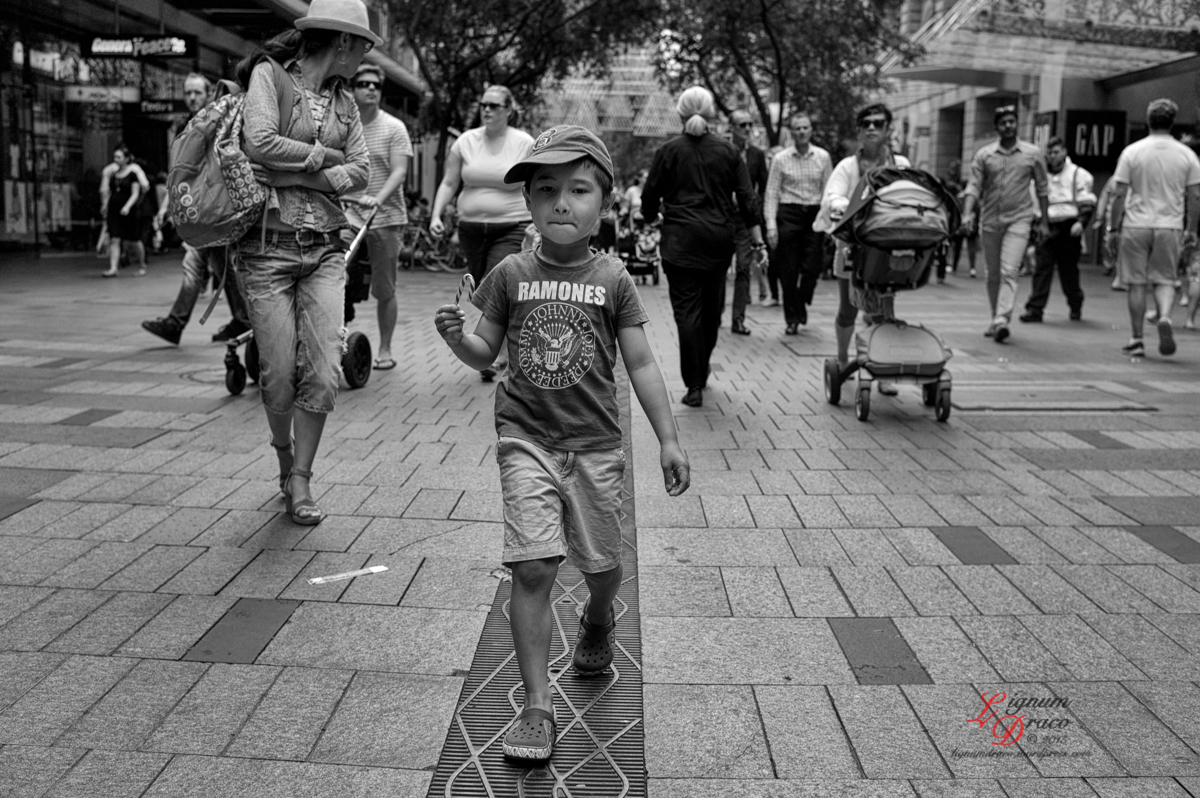 Humbled, I slinked away. I’m sure that St George was looking over that boy’s shoulder that day. Well, my previous post was about The dangers of street photography

To the victor goes the spoils. I turned around just in time to see him take another lick of his candy stick.

All these photos were taken with preset manual focus and in all these photos, I was walking and so was the subject. This is one of the strengths of manual focus over automatic focus. As long as the shutter speed is fast enough, the set distance will be in focus despite camera and subject being in motion.

“Another One Bites the Dust” is a song by the British rock band Queen. It was written by bass guitarist John Deacon. The song was apparently used in a study to train medical professionals to provide the correct number of chest compressions per minute while performing CPR. The song has close to 110 beats per minute, and 100–120 chest compressions per minute are recommended by the British Heart Foundation. (Reference: wikipedia)