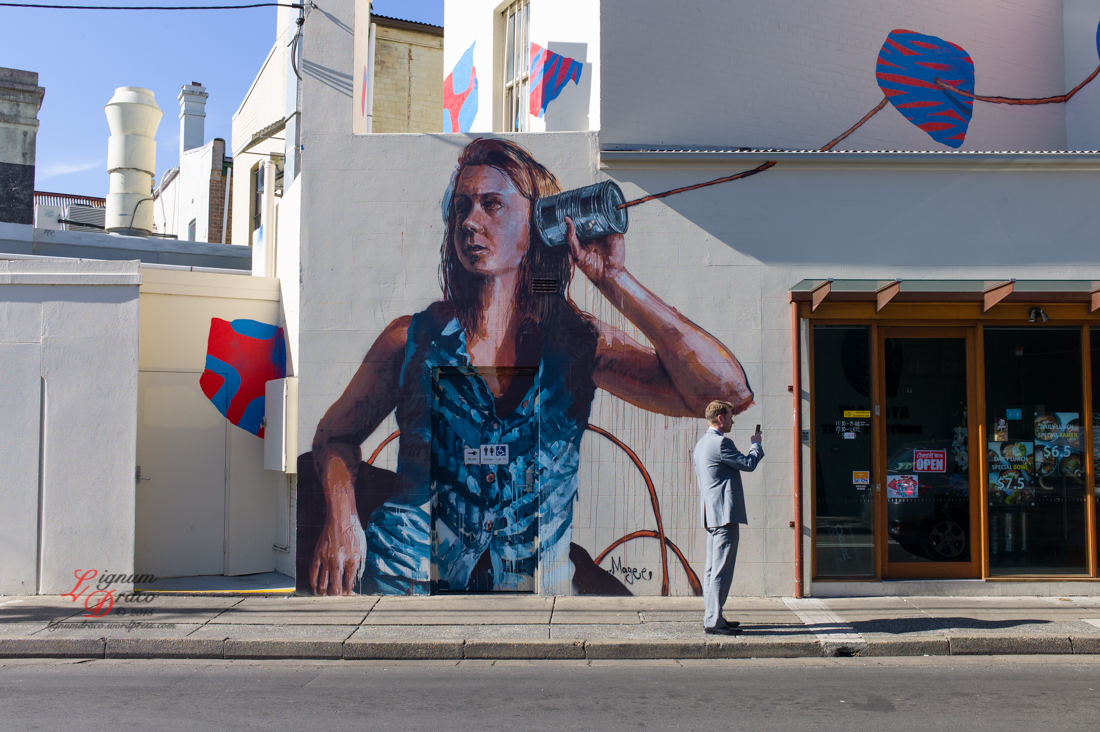 Hey. How you feeling?
Are you still the same?
Don’t you realize the things we did, we did
Were all for real, not a dream? I just can’t believe
They’ve all faded out of view… yeah yeah yeah

I look into the sky.
(The love you need ain’t gonna see you through)
And I wonder why.
(The little things you planned ain’t coming true) 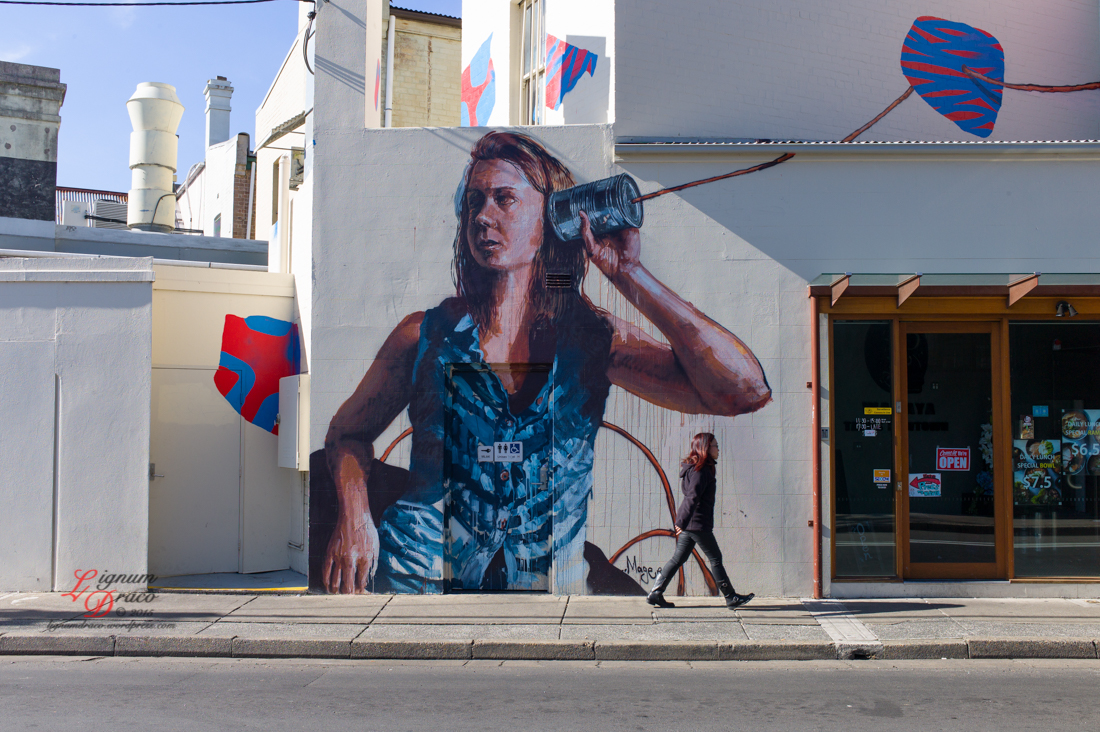 Telephone line by Electric Light Orchestra (“ELO”) is from their 1976 album, A New World Record. To get the American telephone sound at the beginning, they phoned from England to America to a number that they knew nobody would be at, to just listen to it for a while. On the Moog they recreated the sound by tuning the oscillators to the same notes as the ringing of the phone.

I’ve been disconnected. It’s been more than a month since my previous post, completing my VIVID Sydney 2015 series, including 31 photos in the finale post. And now it’s time to reconnect. There’s nothing like some interesting Street Art to get the inspiration flowing again for a street photographer. 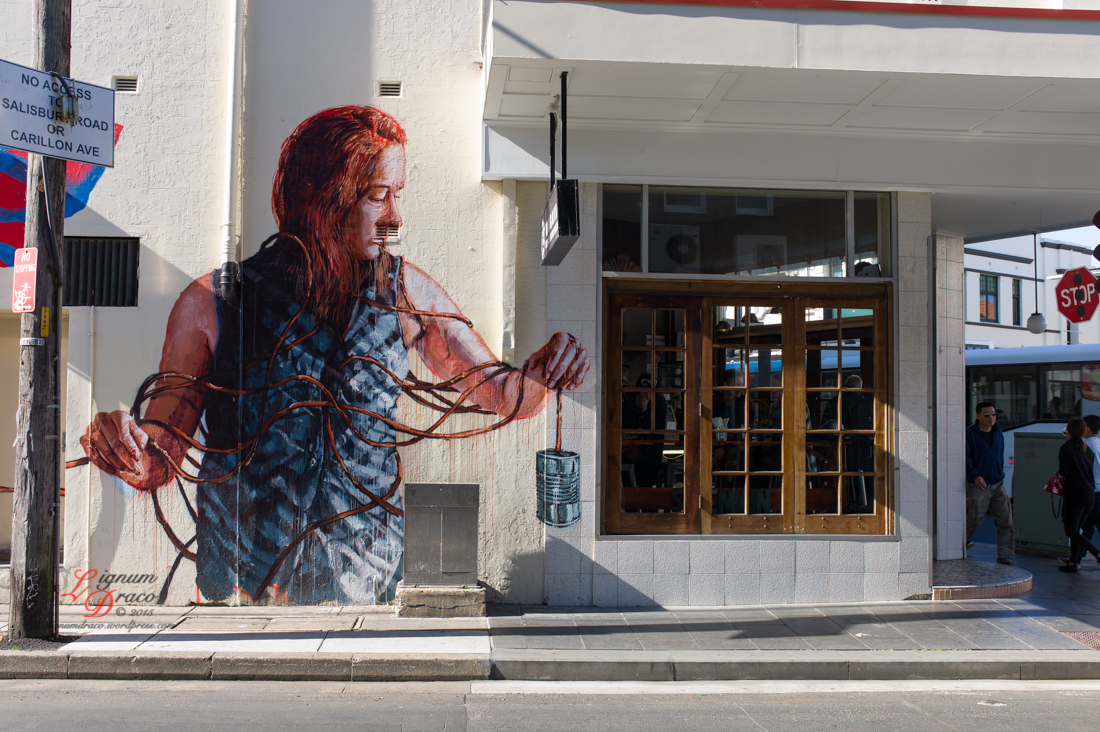 90 thoughts on “You’ve been disconnected”