“Letting the days go by (let the water hold me down)”

The 19th annual Sculpture by the Sea exhibition at Bondi has come and gone. This free public event, ran from 22 October to 8 November, and included 107 main exhibiting artists from 19 countries around the world. It was held along the 1.2km coastal walk between Bondi Beach and Tamarama Beach. I went on the final days to take a look at the sculptures.

Statement: The third figure in a series, each one exploring a different psyche. This one watches a world passing by. 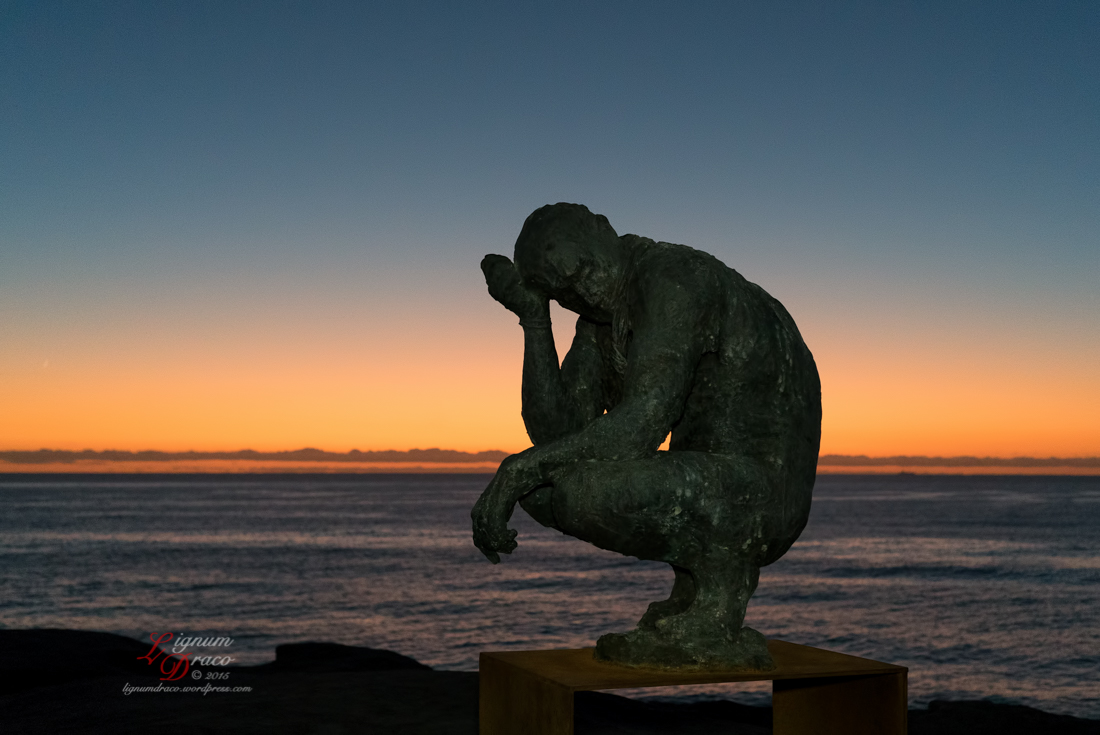 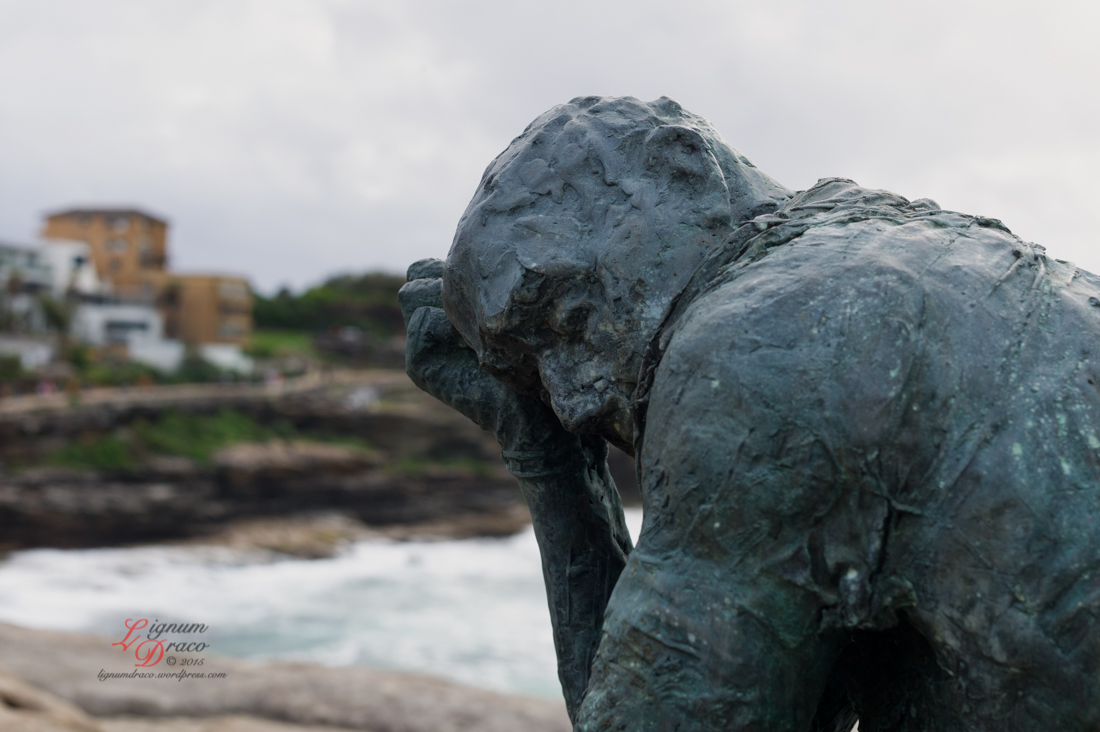 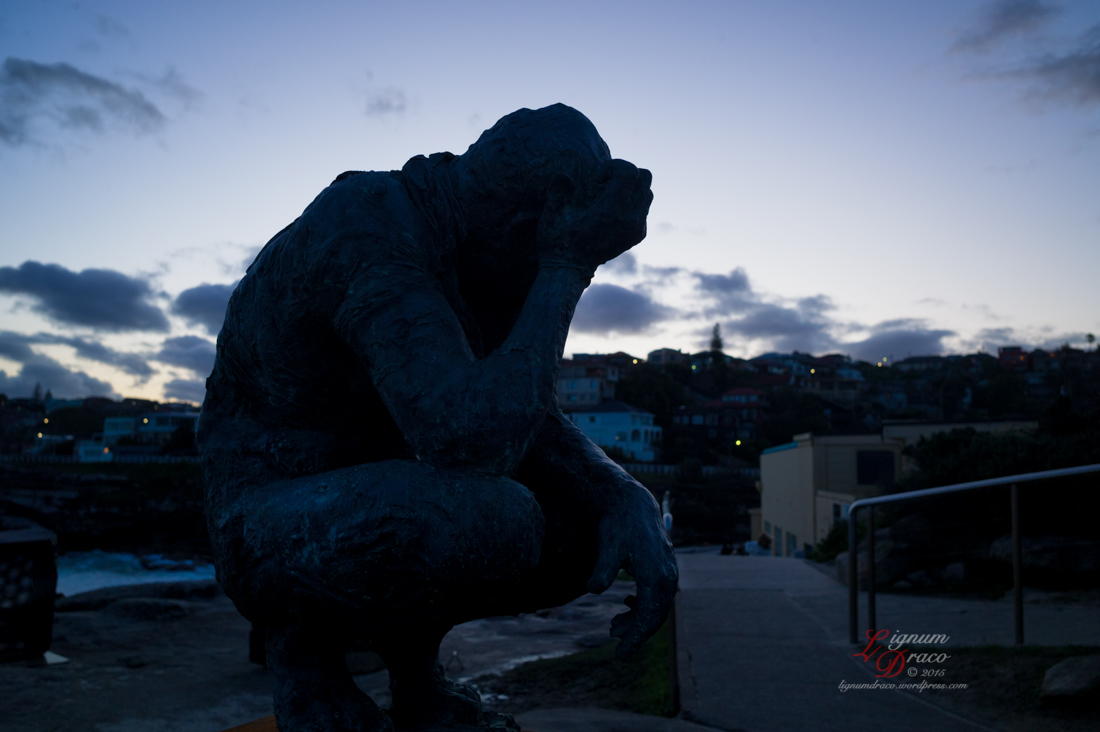 Statement: The work represents all forms of life as a meteorite that has landed on the earth and as it grows, it adapts to its new environment.

The sculpture featured a stylised meteorite stuck in the sand, with life growing from one its craters.

“The last cry of Gothmog”

Statement: The artist searches for new horizons, for distinct forms of beauty.

The head reminded me of Gothmog, the orc leader, who led the armies of Sauron against the men of Gondor. He was felled in the battle of the Pelennor Fields. I was but a young dragon in those days. 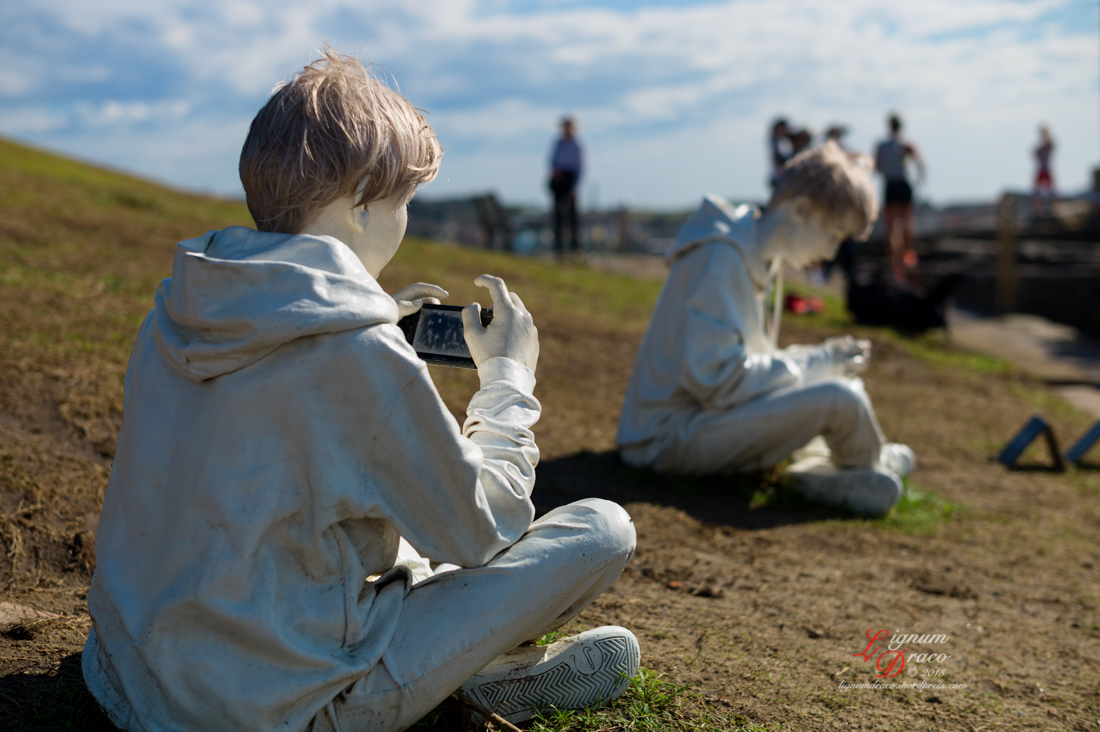 QUOTIDIANITY “THE BROTHERS” (2013), by Fabio Pietrantonio.

Statement: Past and present meet and engage in a neutral context. The artist observes his children and the differences with the playing mode of his time. 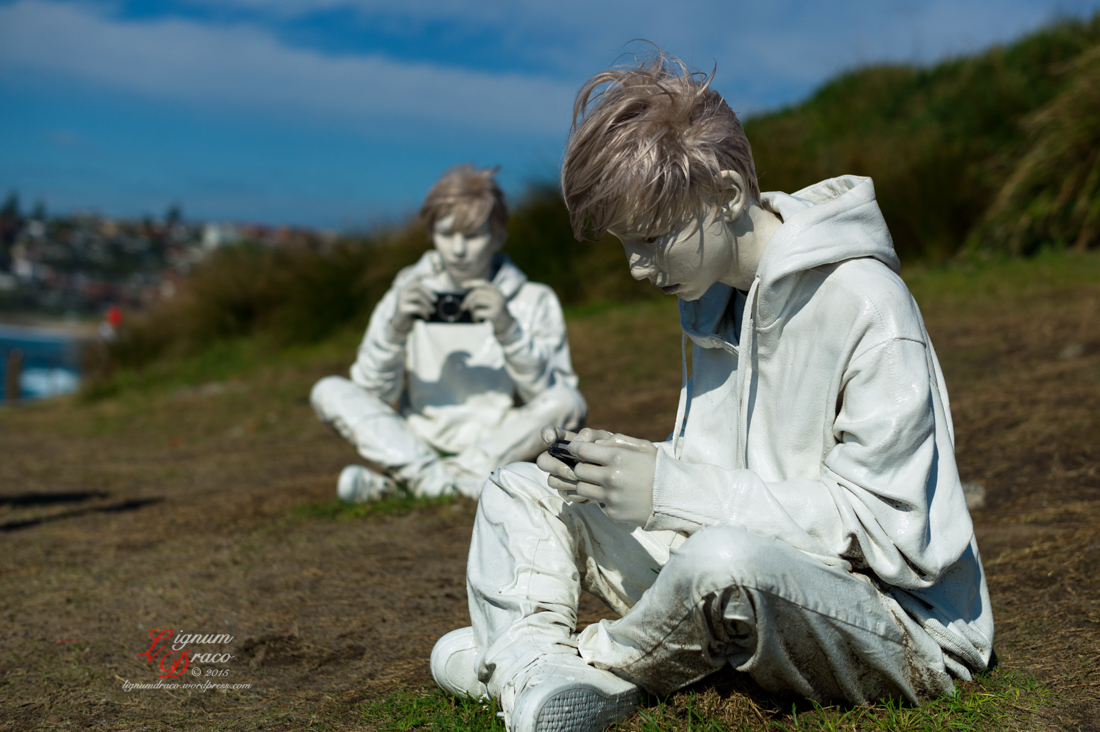 I watched several people pose with these very realistic statures. The girl above did the best at imitating the sculptures, sitting and posing naturally between the 2 brothers to create a trio.

Statement: Inspired by the fragility and organic beauty of nature. Interested in exploring personal and archetypal symbolism of visual language, and parallels with cultural environment. 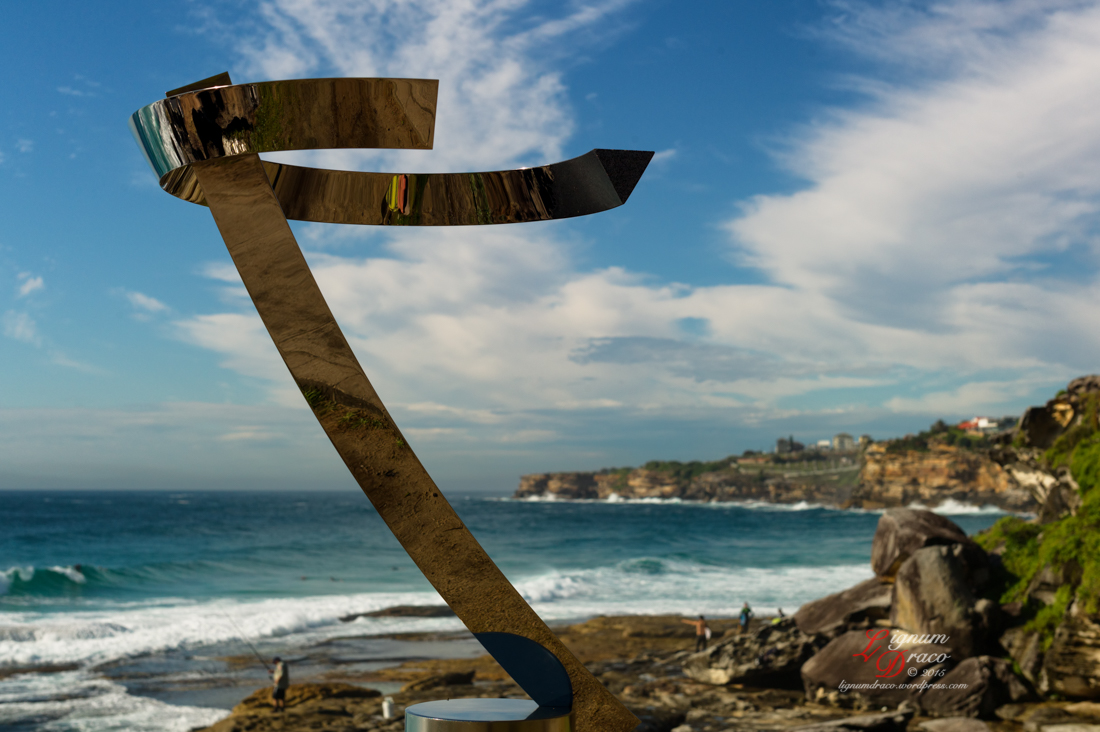 “The summer wind came blowing in from across the sea.
It lingered there, to touch your hair and walk with me…”

Statement: It has begun blowing from Bondi.

“…And guess who sighs his lullabies through nights that never end.
My fickle friend, the summer wind”