The 19th annual Sculpture by the Sea exhibition at Bondi has come and gone. This free public event, ran from 22 October to 8 November, and included 107 main exhibiting artists from 19 countries around the world. It was held along the 1.2km coastal walk between Bondi Beach and Tamarama Beach. I went on the final days to take a look at the sculptures.

Statement: Part of an ongoing series dealing with multiplicated objects that are flooding public space. This time, these objects do not appear on the facades, but are placed on a separately standing platform, designed for their own benefit. 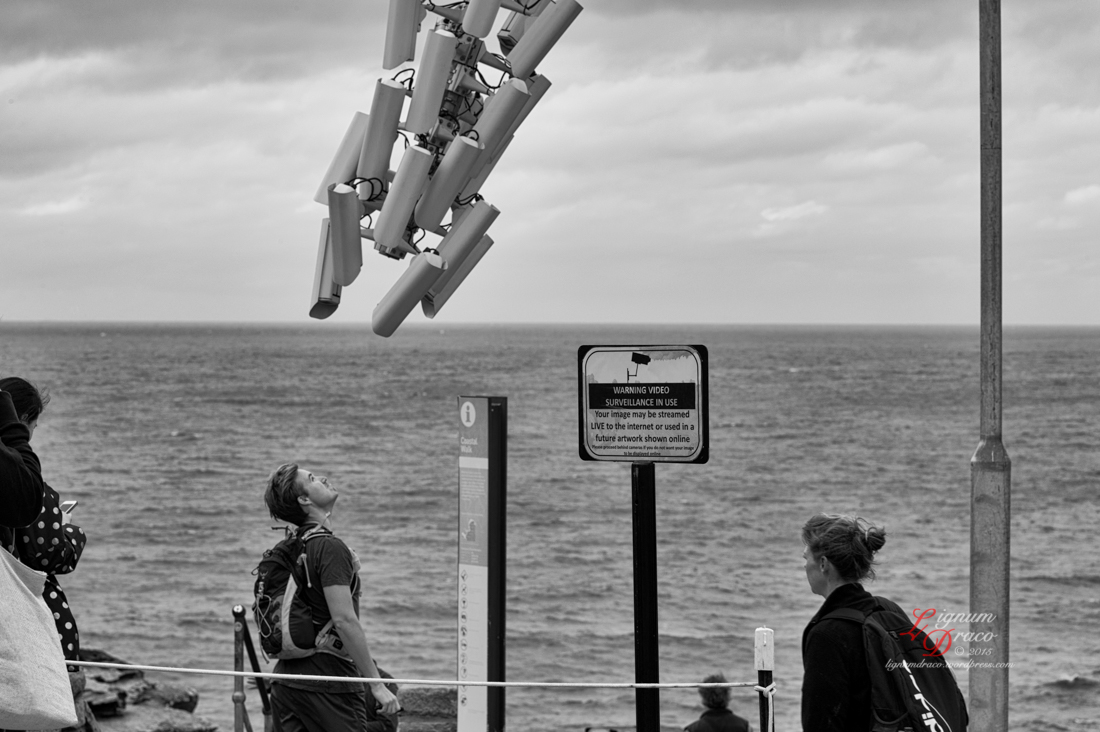 “…something beginning with T”

The warning sign clearly stated that you would be filmed and if you didn’t want to be, then you should walk behind the camera installation.

Doesn’t everybody want their 15 minutes of fame?

I was quite pleased to receive this message from the Sculpture by the Sea organisation on my instagram account @lignumdraco for the above photo. 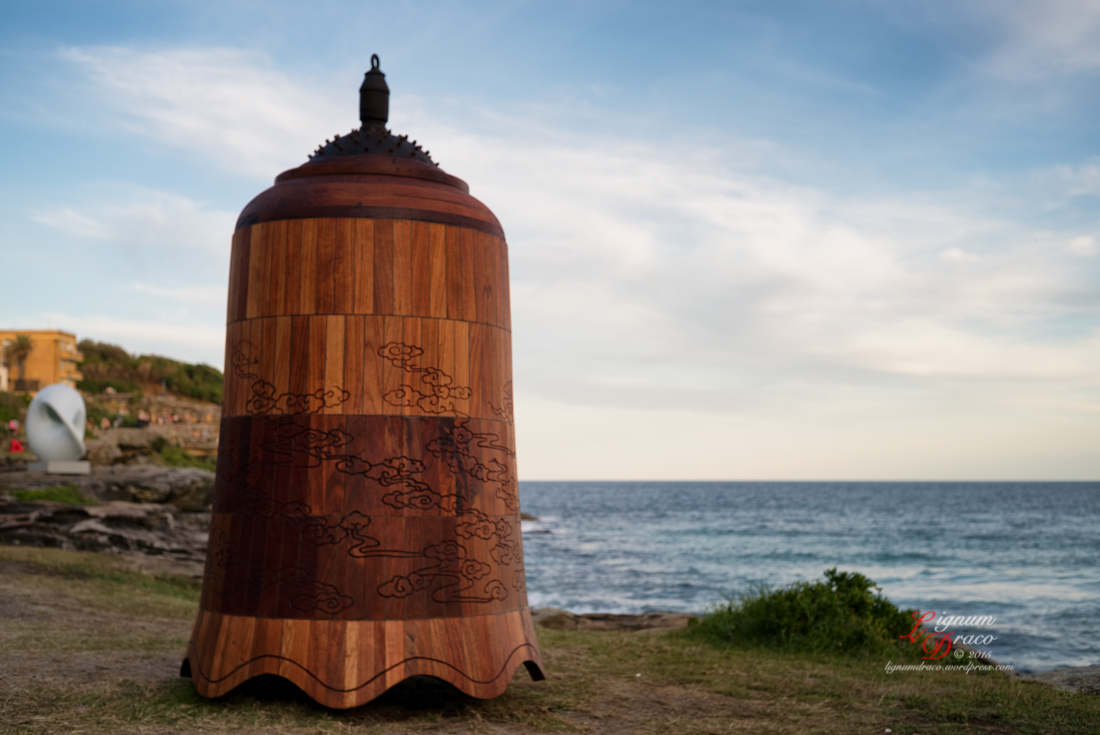 “Never send to know for whom the bell tolls…”

Statement: The work entwines symbolism of Chinese heritage and the industrial influence of Newcastle. The design is not overtly about sound, but the resonance is internal.

The first thing I noticed about this one was the very strong odour of the wood emanating from the sculpture. A nice touch.

“…it tolls for thee”

Statement: We all have our own childhood memories coming towards us at different times in our lives. Do you go with the flow or dive through?

This qualified as the freakiest sculpture on display. You had to go close to appreciate it.

“I’m a Barbie girl, in a Barbie world”

The twisted Barbie head gave me a bit of a shiver. If it had started talking, I would probably have had an accident. 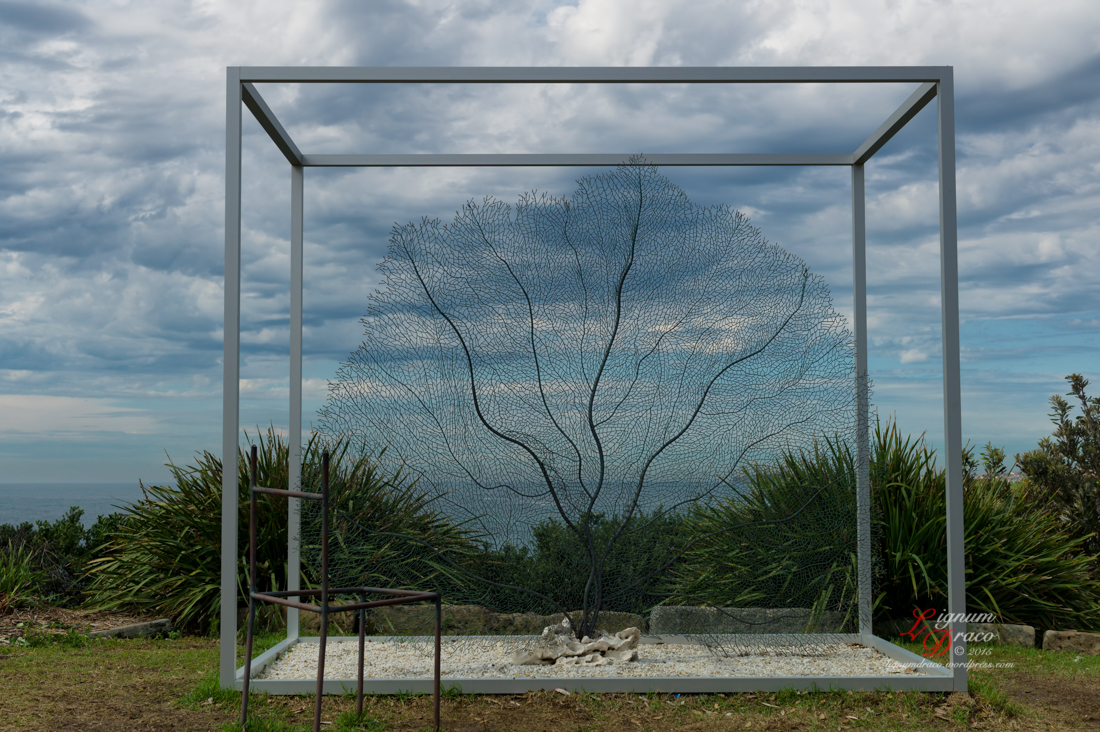 Statement: Encased and protected, for lack of protection, observed or unobserved.

MAN ON BALL, by Wang Shugang.

Statement: Five men are squatting on balls. Any second, one of the balls could roll away and the men run the risk of falling off the world. This work questions ideas about the individual and the collective. 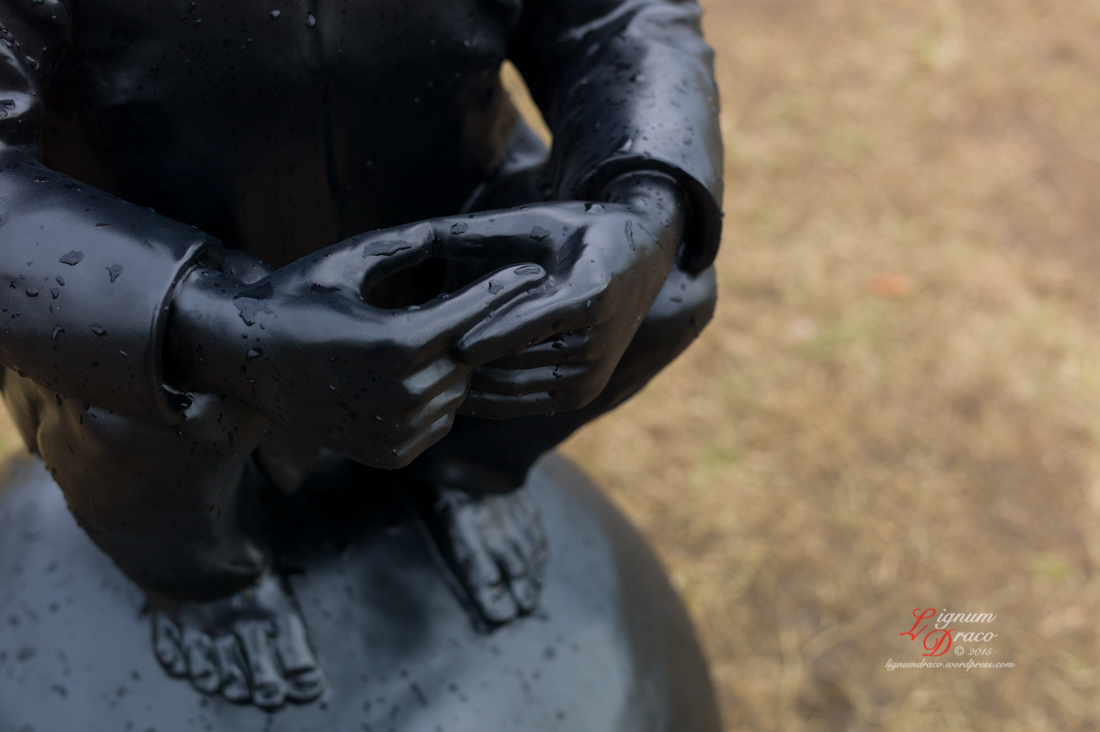 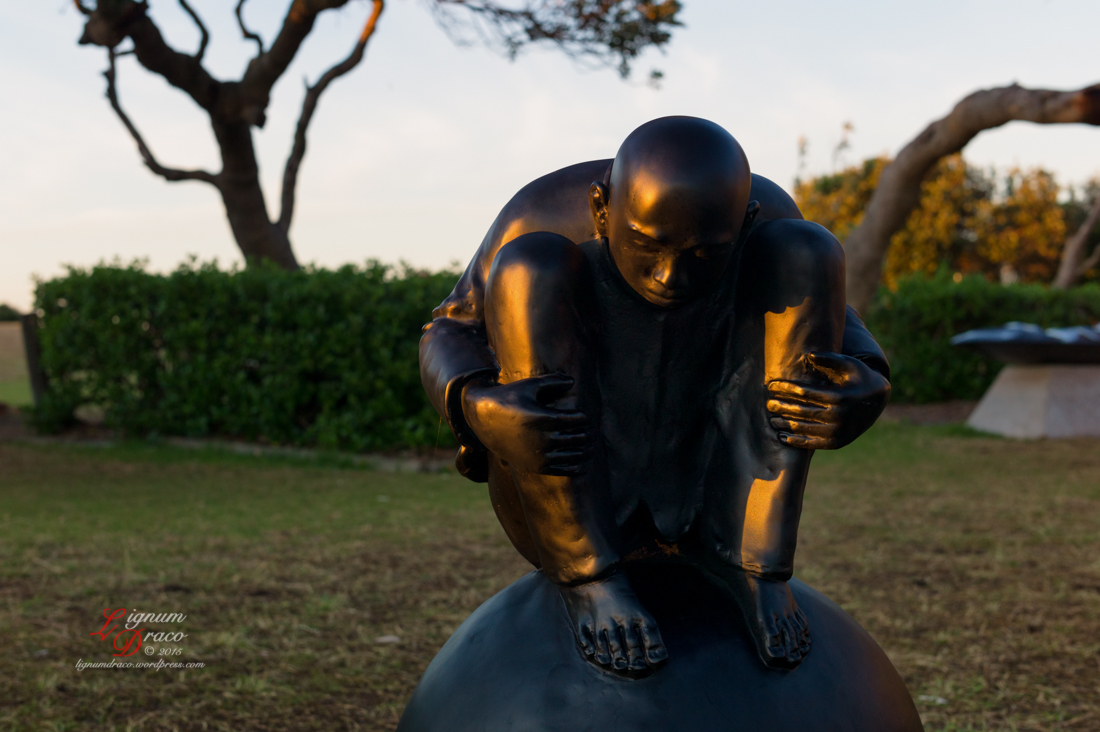 Some of you may remember this guy from last year’s exhibition when he was happily playing with birds in Sculpture by the Sea, Bondi 2014.

And now it’s time to wrap up my presentation on Sculpture by the Sea, Bondi for 2015. That’s 96 photos in 7 posts, featuring 44 of the sculptures. But before we leave, let’s give the final word to…

Statement: The artsigns grow from poetry. The artist engages with the bright zing of public signs and places the emphasis of creation onto the viewer. 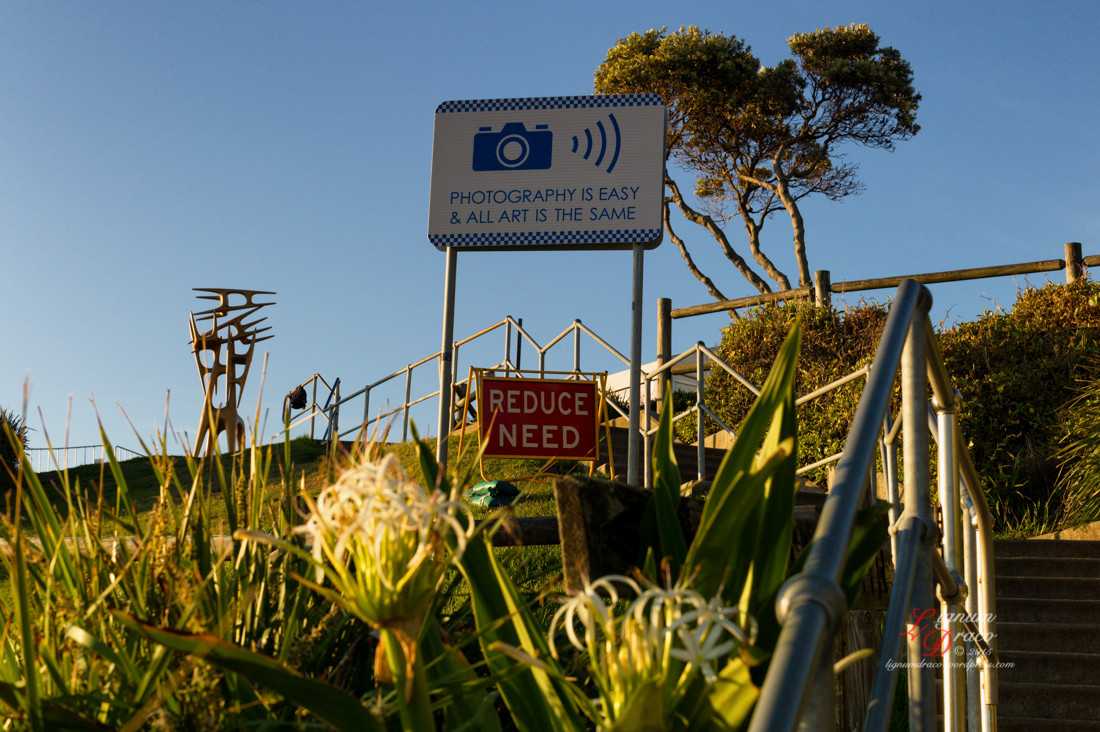