One of the design features of the National Gallery of Victoria is the large Water Wall at the front entrance.

A large glass wall, water flows down it continuously. It creates a lovely painterly effect when looking through it, and also creates a very pleasing visual sense of harmony.

Many people I watched had a desire to touch it.

Next to the Water Wall was a Chandelier sculpture by Ai weiwei, the artist responsible for the Forever Bicycles sculpture in my previous post.

One of the exhibits, which naturally exudes the Art of Zen.

Céleste Boursier-Mougenot is a French artist and composer who creates large-scale acoustic installations and environments which draw upon forces of nature and the rhythms of everyday life to produce new forms of art and music. 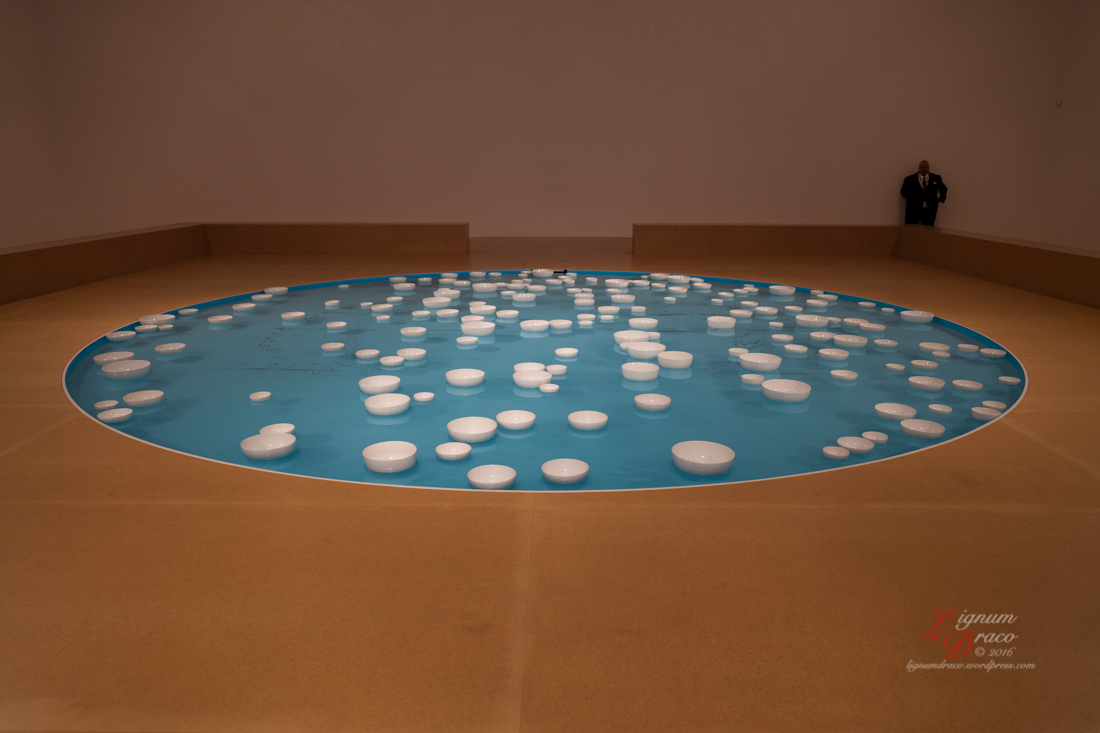 At the far end was a gentle jet that produced a current which moved the bowls directly toward where I was standing. The bowls would then go either clockwise or anticlockwise and then reunite in the middle at the far end, producing their music.

The resulting “music” was very pleasing to listen to, again creating a wonderful sense of harmony.

With this and the previous post, I hope you’ve enjoyed this visit to the National Gallery of Victoria.