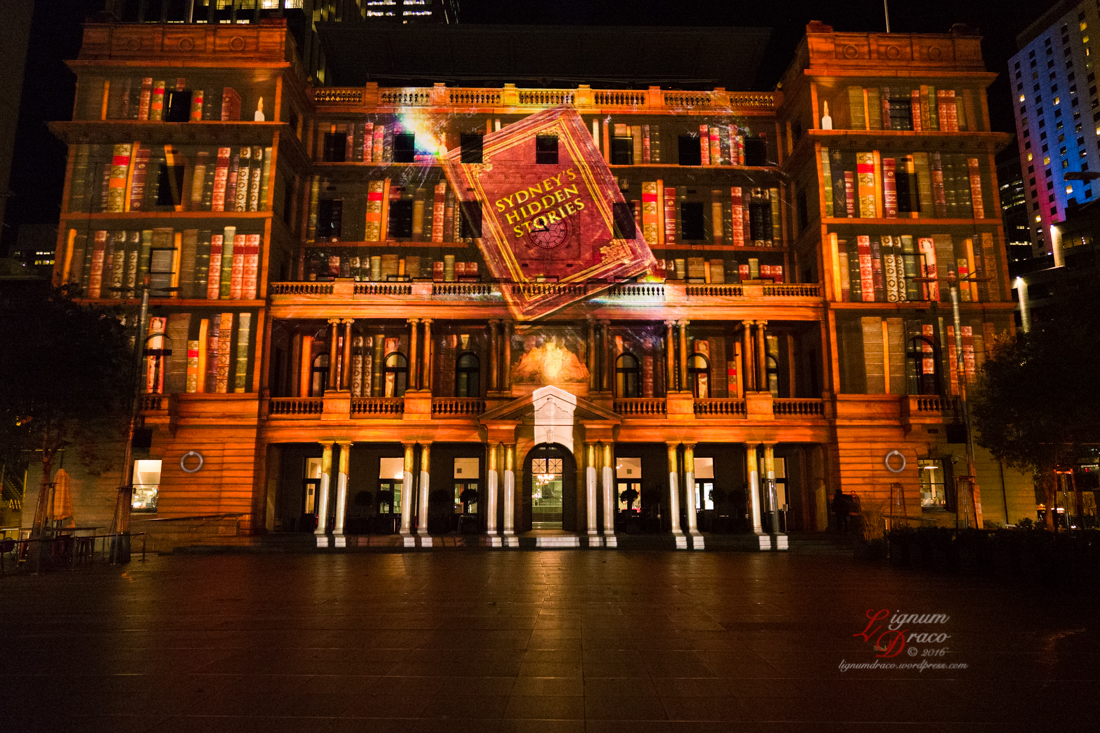 Vivid Sydney has returned for 2016. One of the highlights each year is the display at Customs House, an historic Sydney landmark constructed initially in 1844-1845. It has become the new home of the City of Sydney Library. 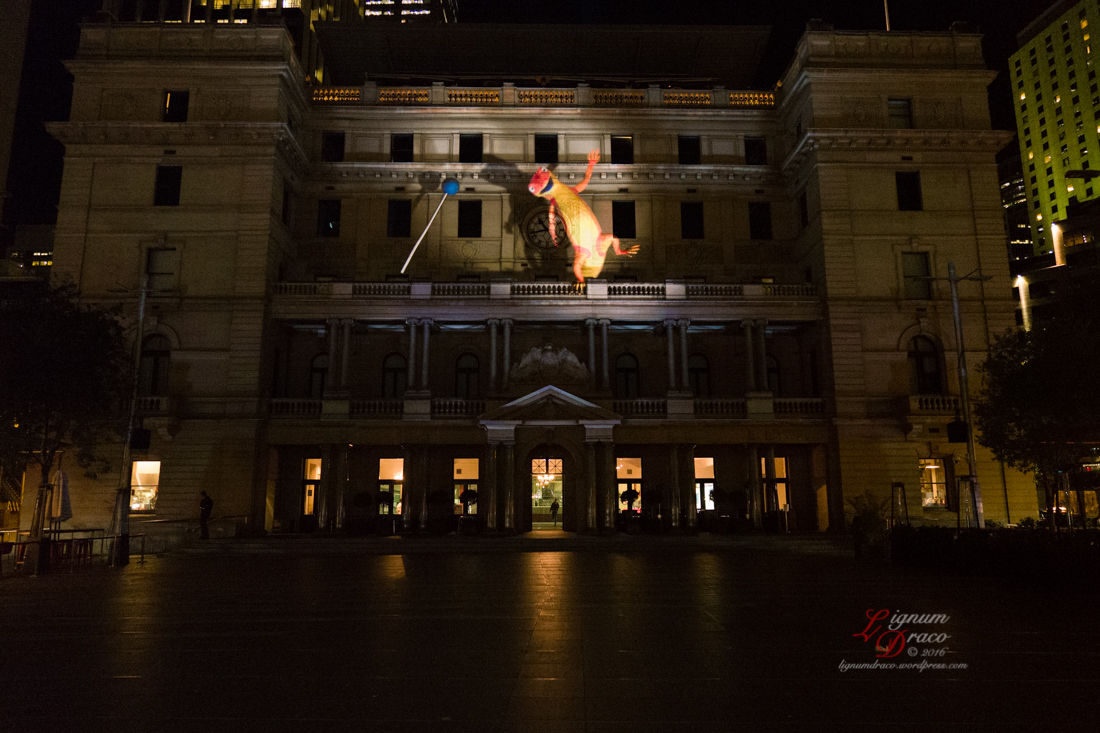 This year, the façade of Sydney’s Customs House at Circular Quay plays host to the fantastical wonders of Sydney’s Hidden Stories, perhaps taken from one of the books inside the library. 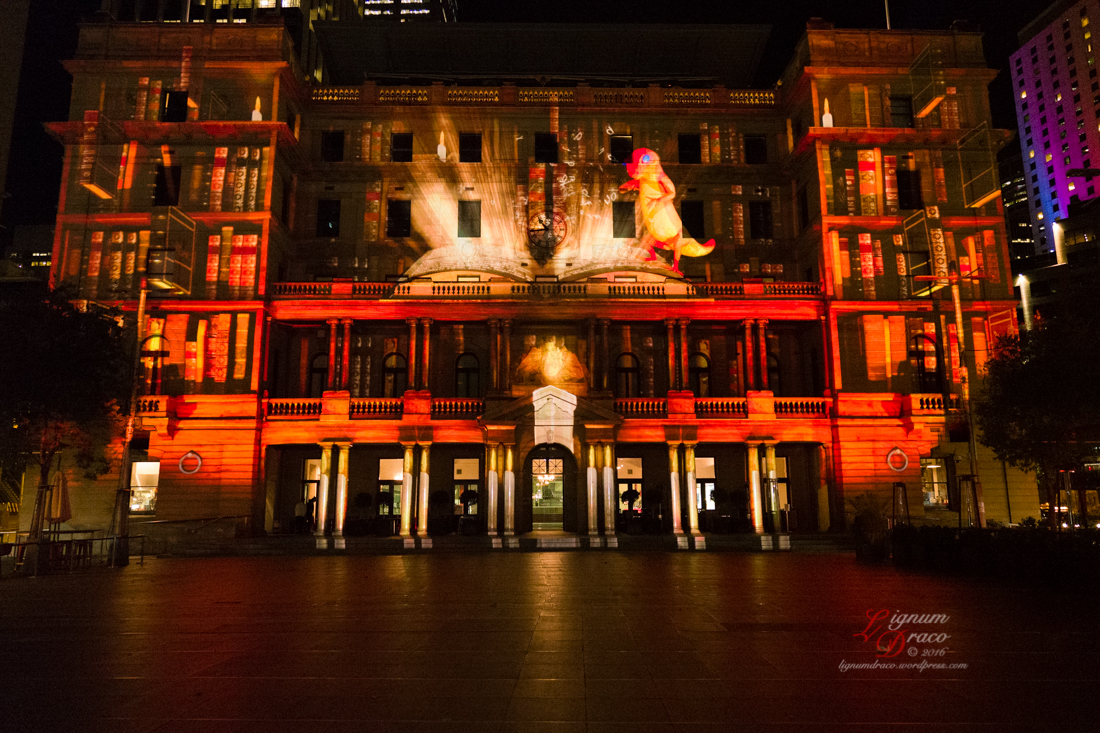 Our hero is a blue-tongue lizard who leads us through a magical journey. 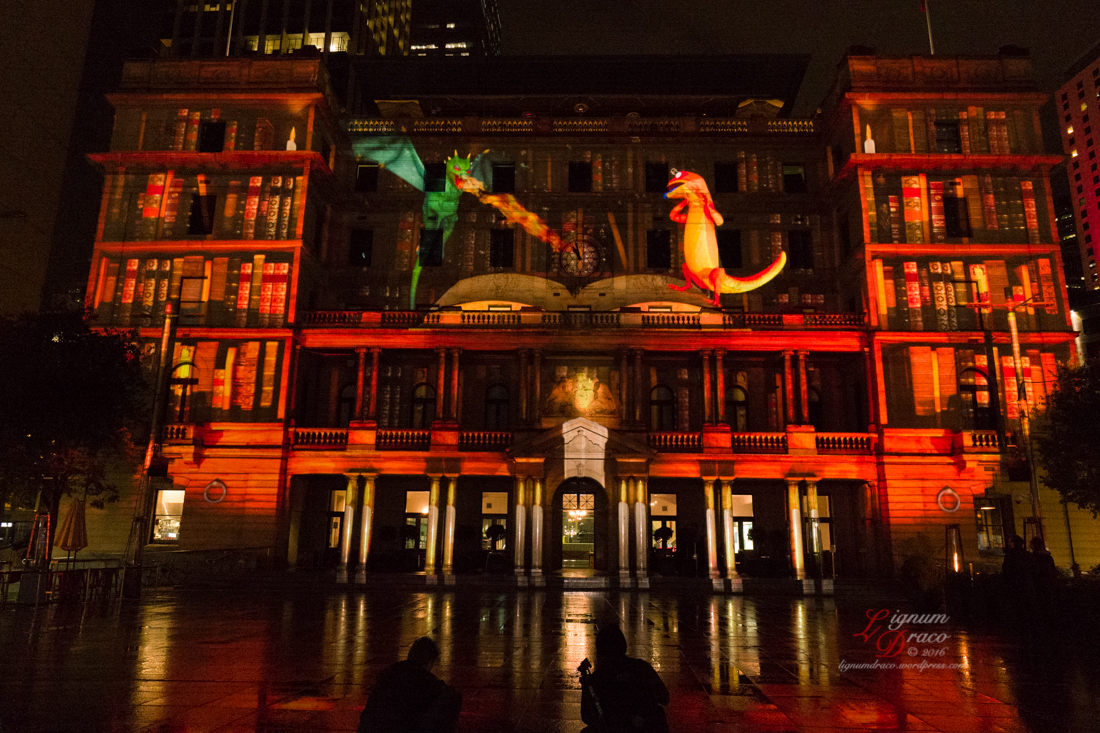 Along the way we meet fire breathing dragons… 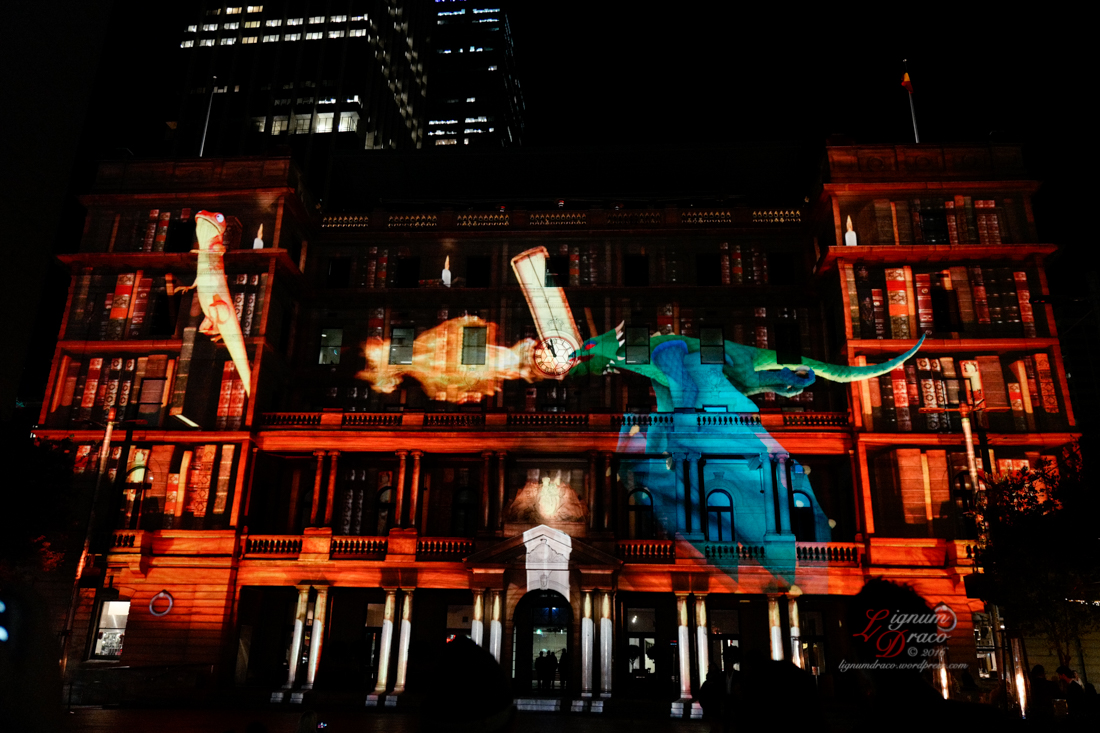 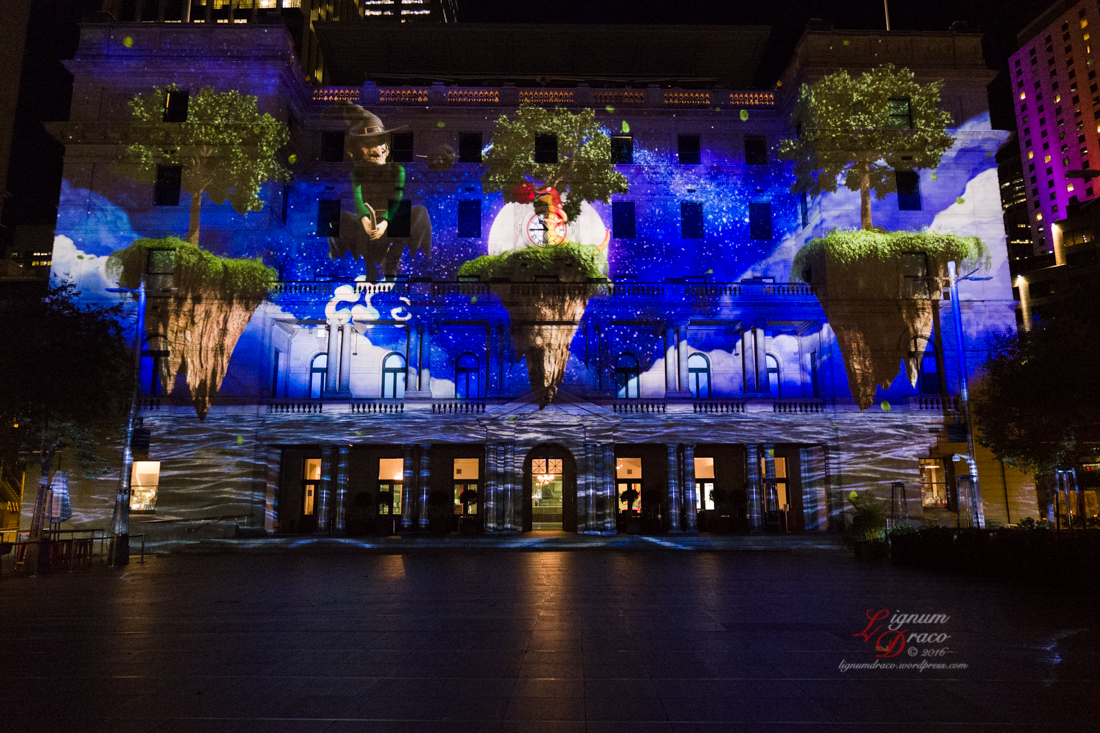 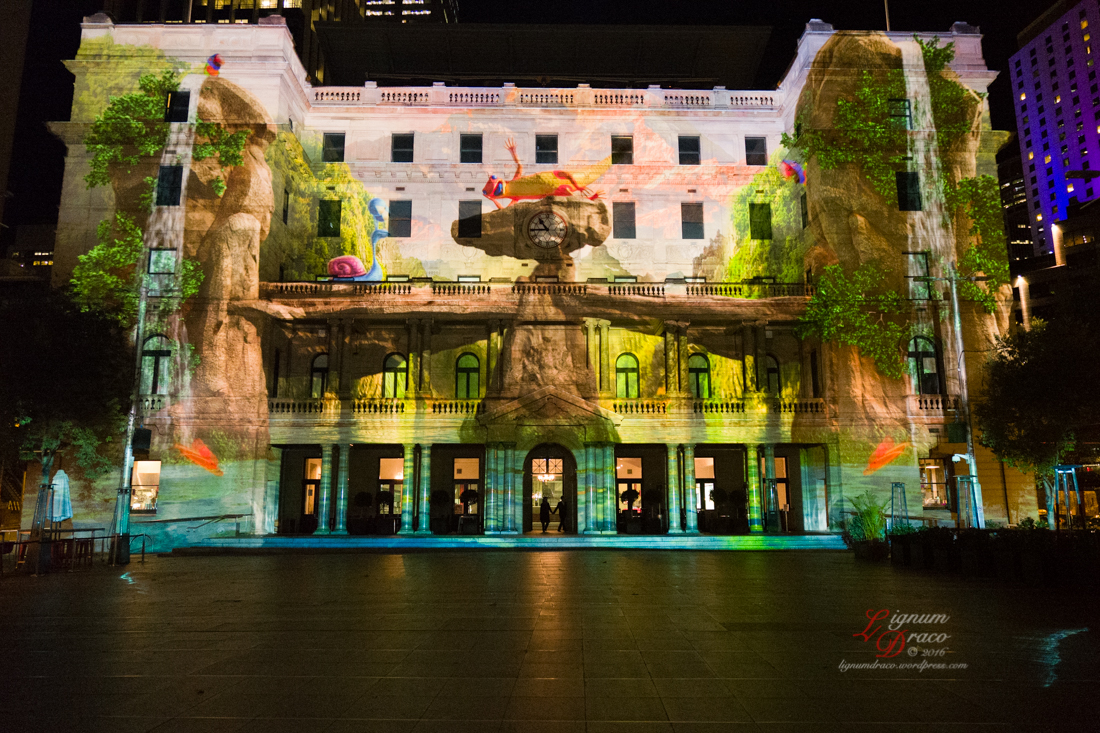 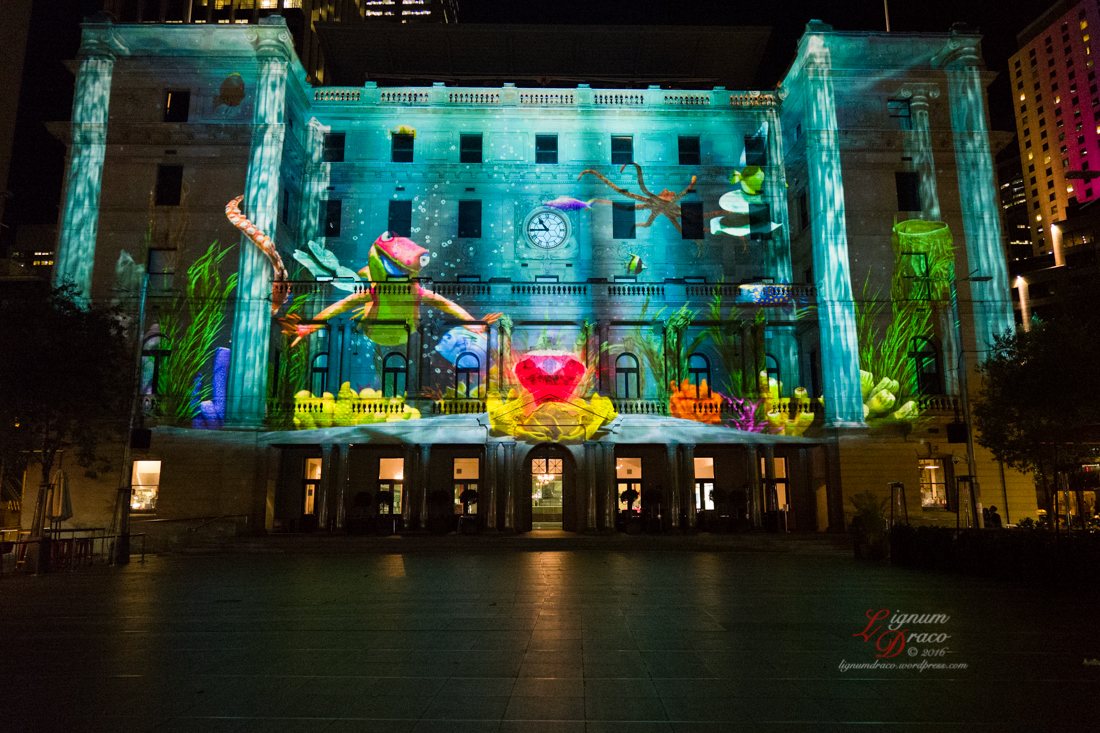 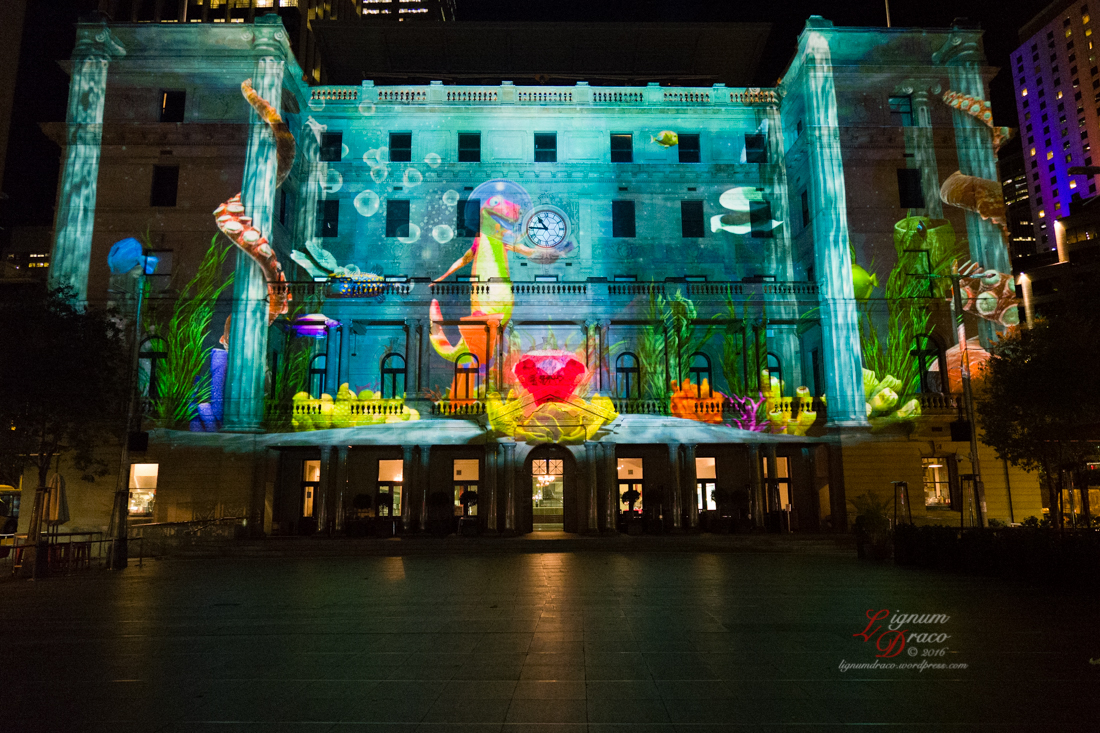 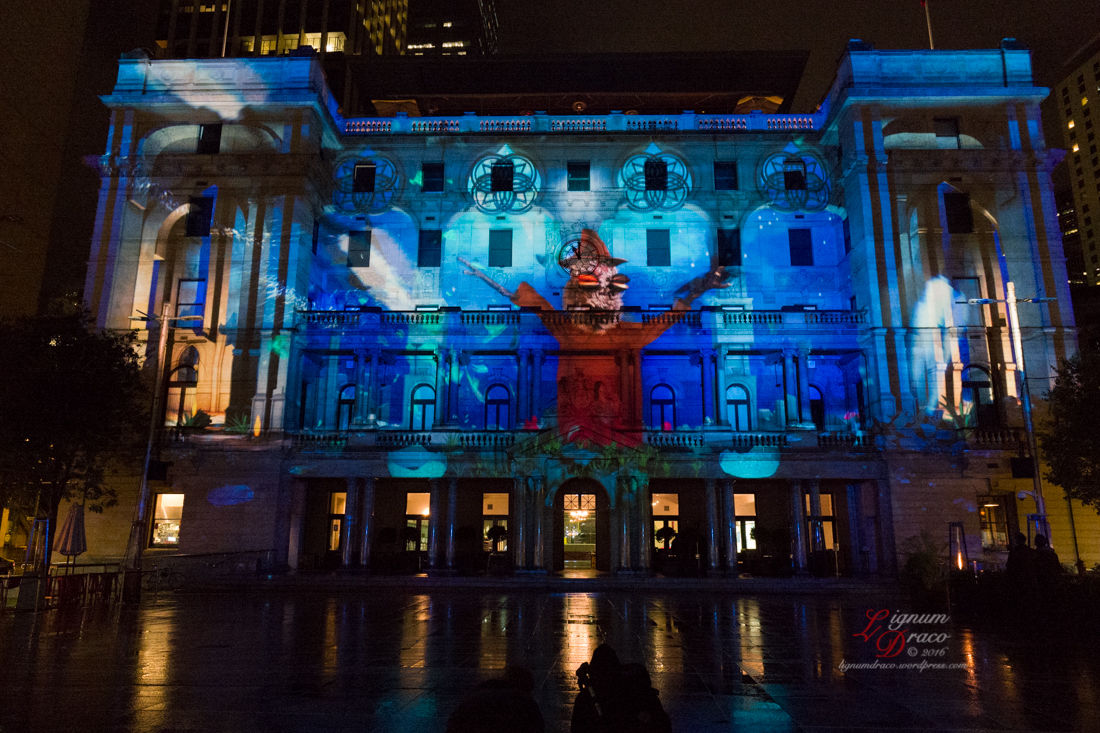 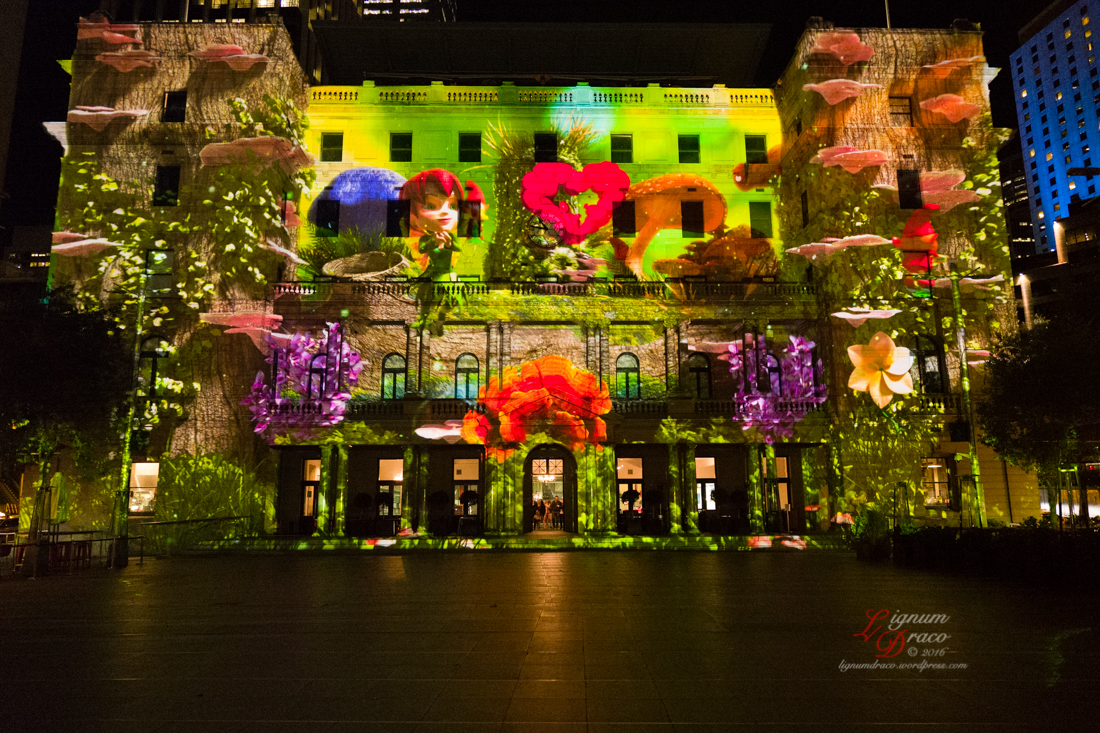 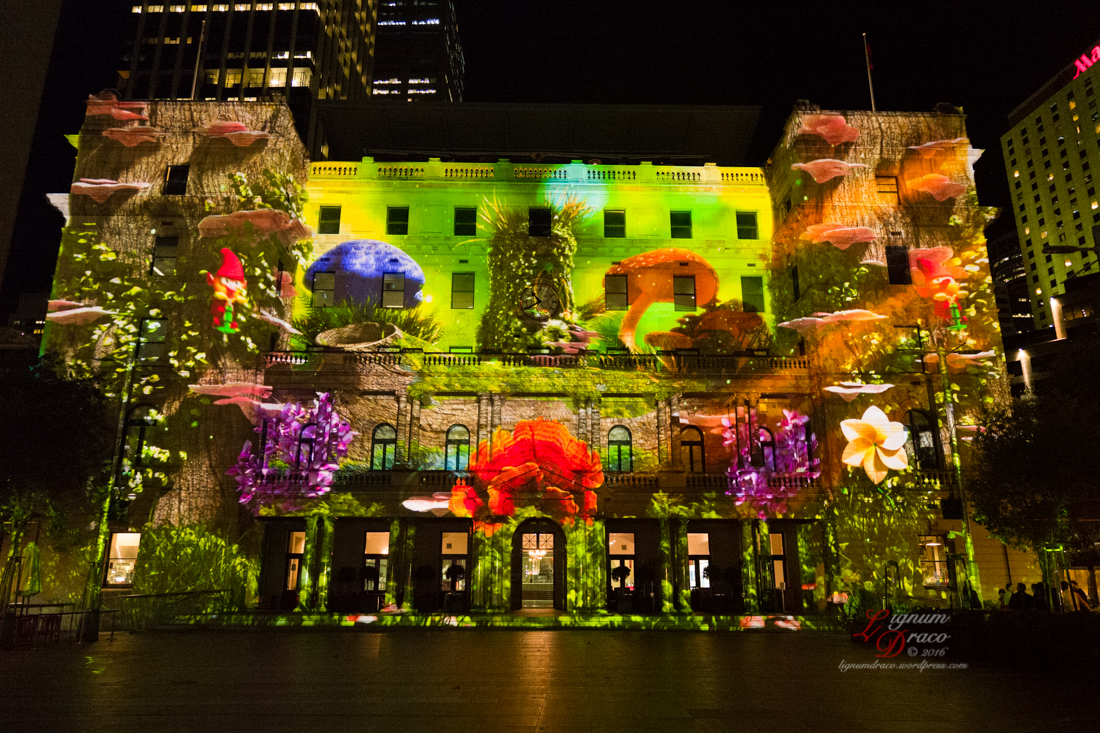 This show was pure fun and entertainment. 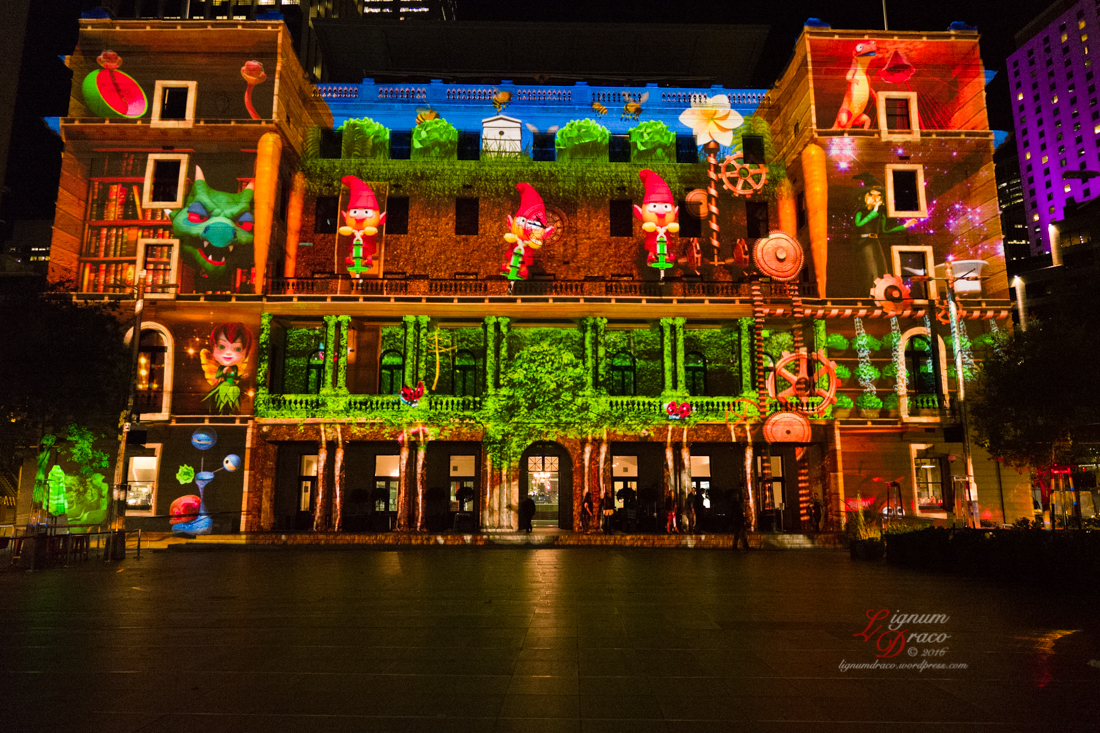 The show lasted about 5 minutes. I saw the show several times and walked past it at other times. Without fail, there was a spontaneous round of applause at the conclusion of the show each time. Take a bow, guys. 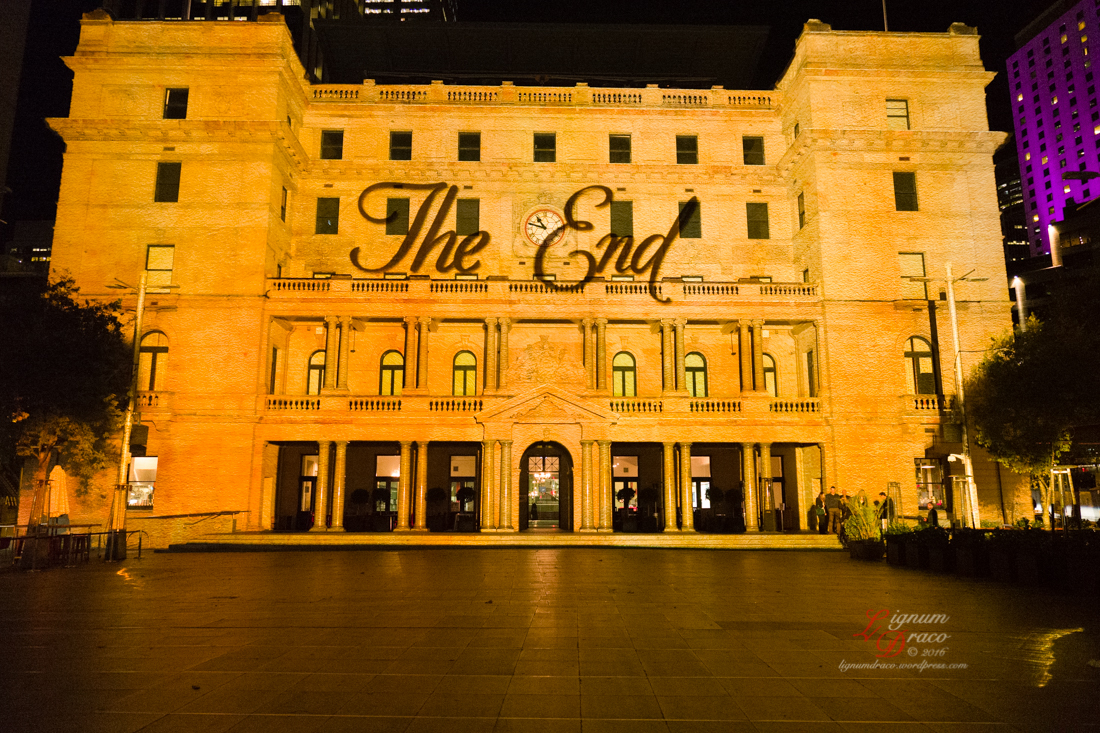 There are eight million hidden stories in the city. This has been one of them.

Now in its 8th year, this is the 5th consecutive year I have photographed Vivid. The festival concludes this coming Saturday night. However, I am flying out of Sydney before then and am not sure how reliable my internet connection will be away from civilisation, under the stars. This series will take a short hiatus until my return late next week. 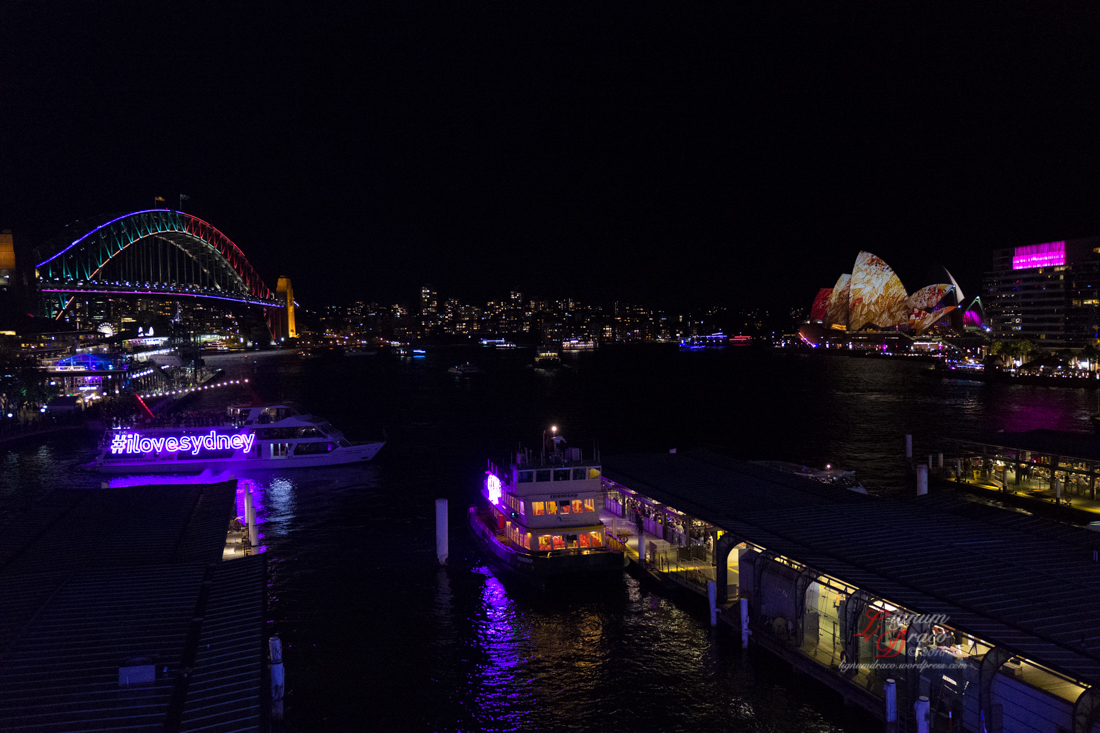