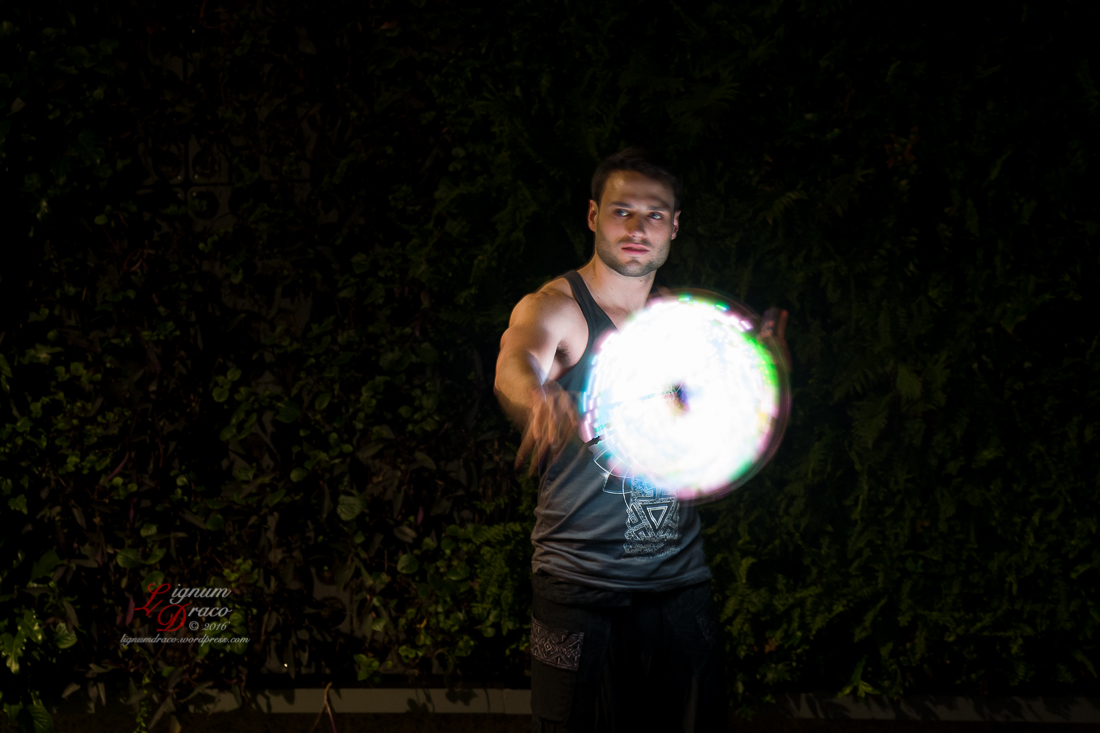 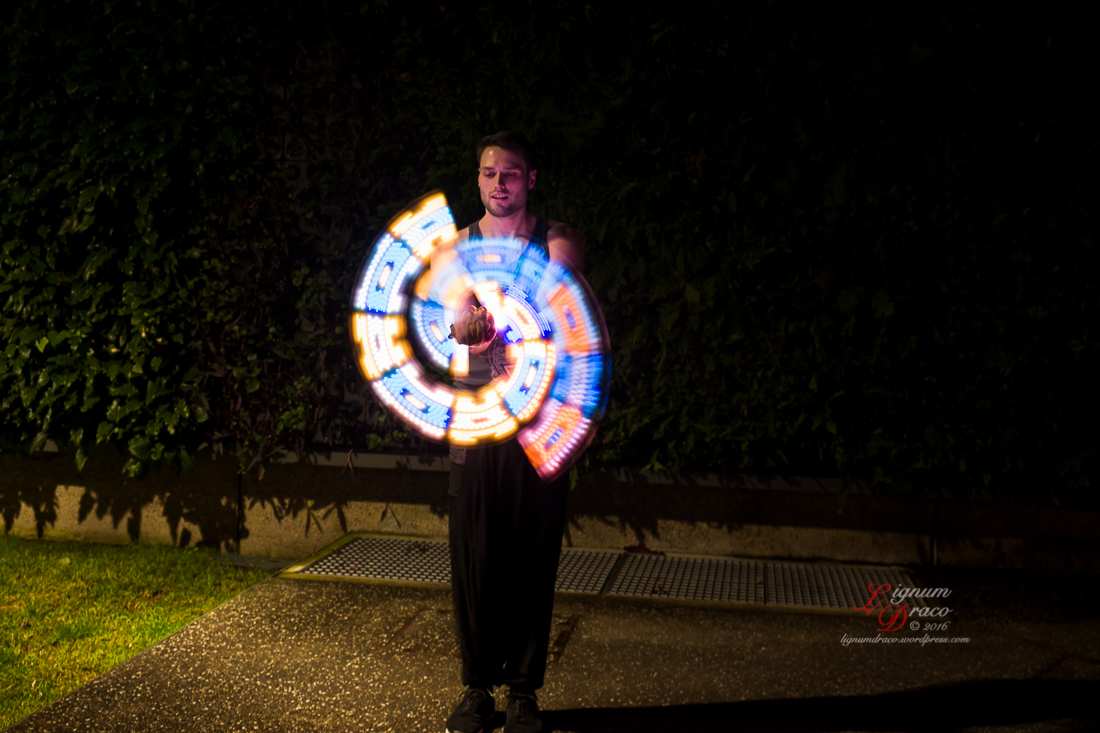 Every time you call my name
I heat up like a burning flame
Burning flame, full of desire
Kiss me baby, let the fire get higher. 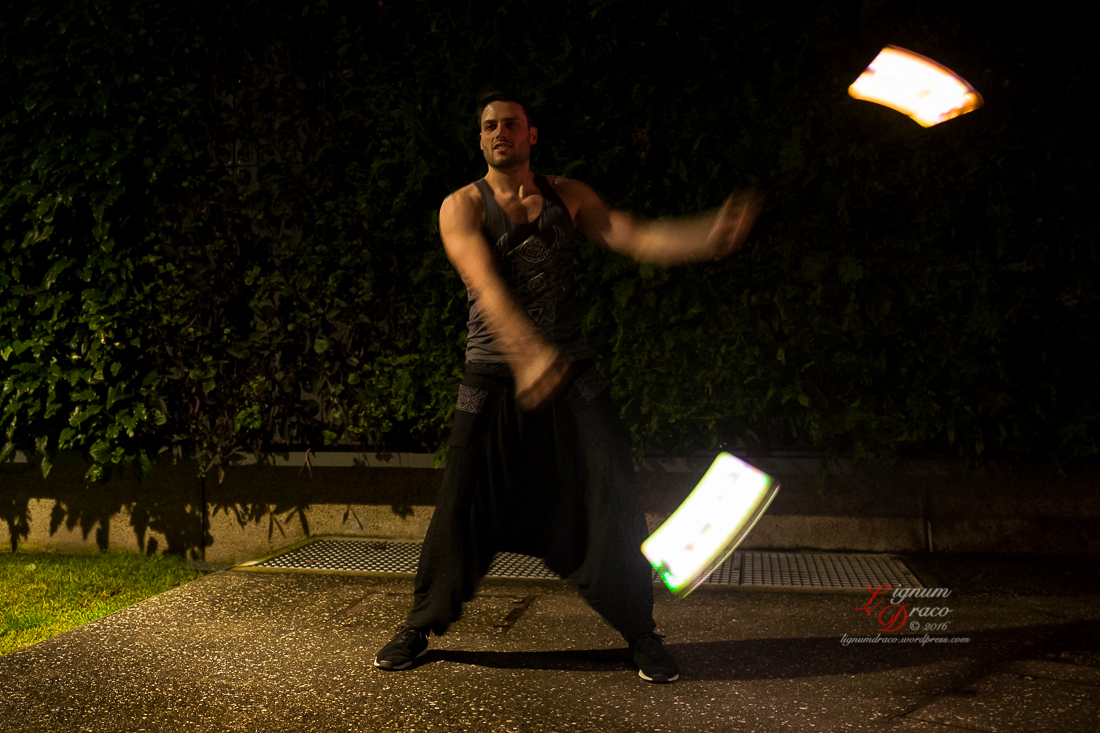 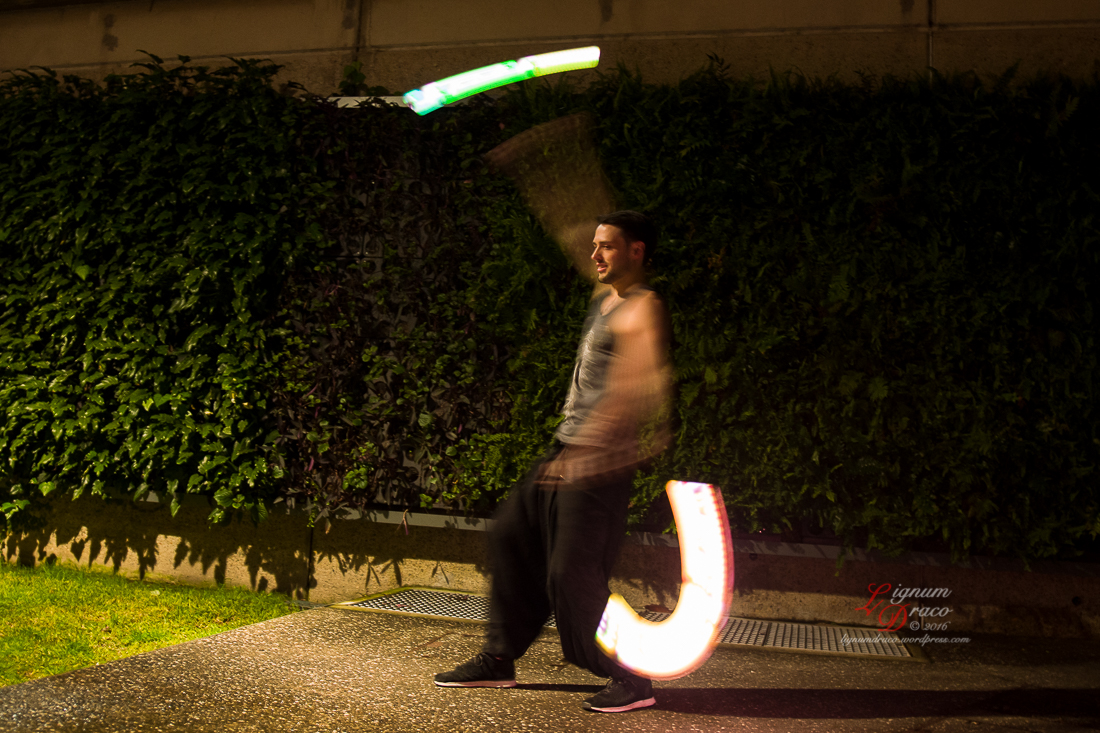 “Abracadabra” is a song by American rock group Steve Miller Band, written by Steve Miller. The song was released as the first single from the 1982 album of the same name. The song is said to have been inspired by the American singer Diana Ross whom Miller had met while performing on Hullabaloo in the 1960s. The song became one of the band’s biggest hits. 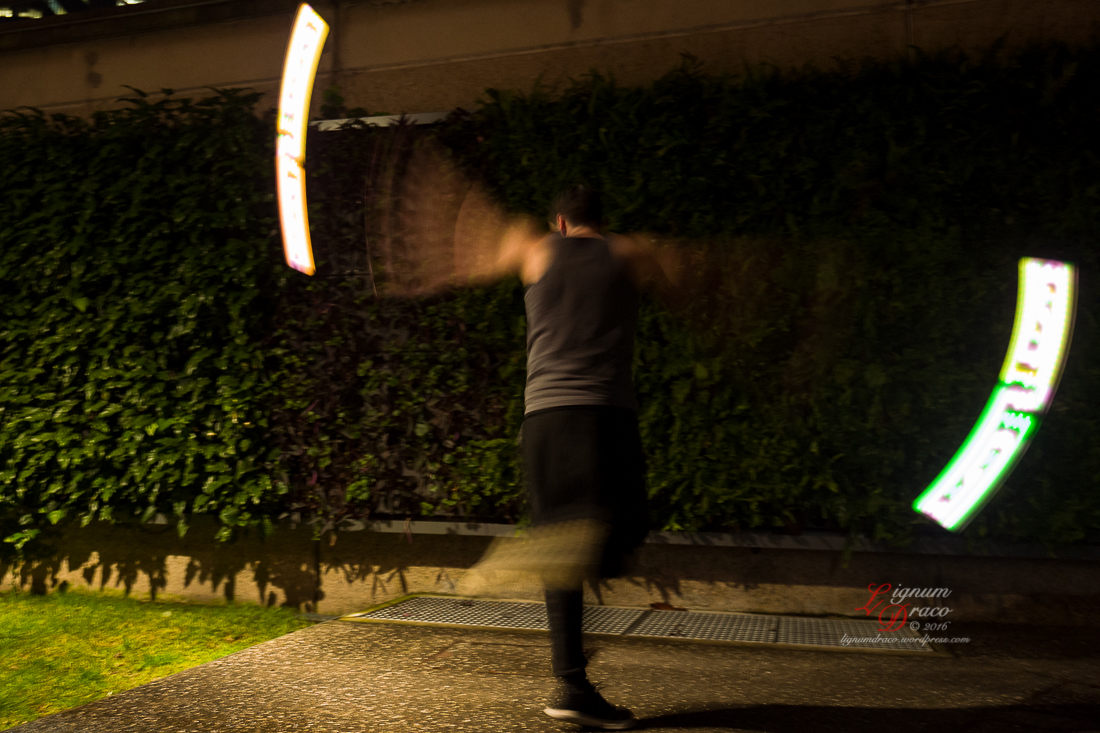 These are a few more shots from a fun night photography workshop I attended a couple of weekends ago. This man was very sleight of hand. He had two “glowsticks” which he was able to twirl around in wild patterns. Not once did they become entangled. He was rather dynamic. At one point, our instructor had to ask him to try and stand in the same spot for a minute or so. 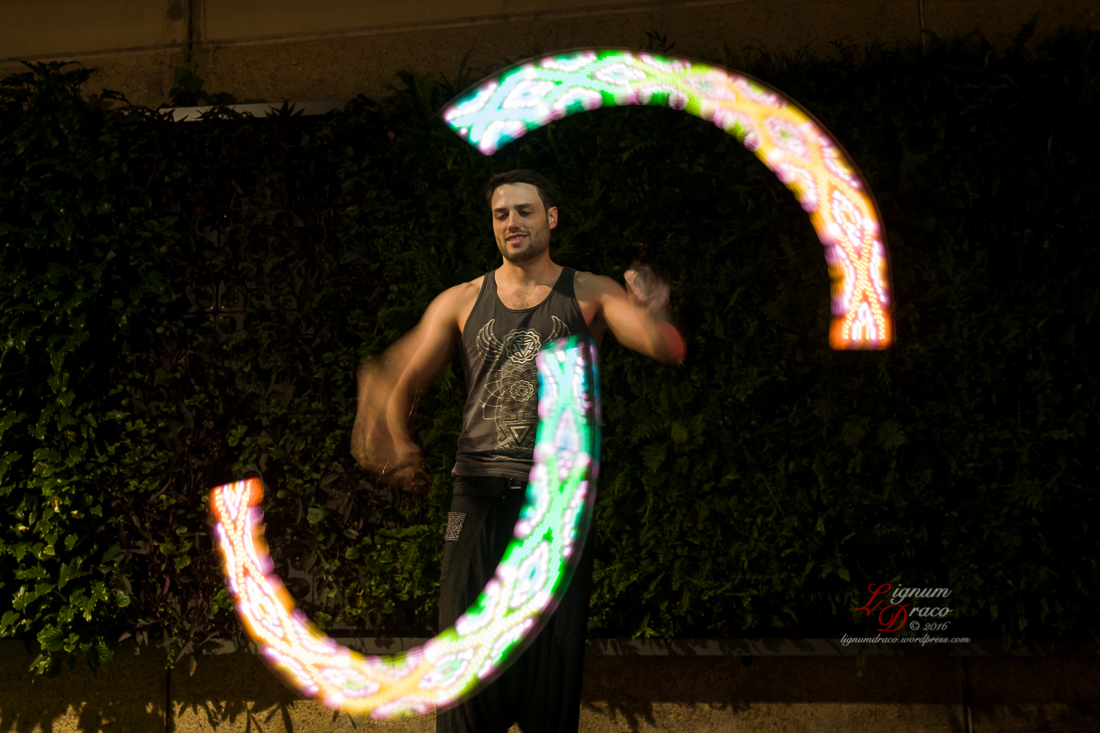 There was also a female performer with hula hoops and she featured in my previous post, Orchestral Manoeuvres in the Dark. 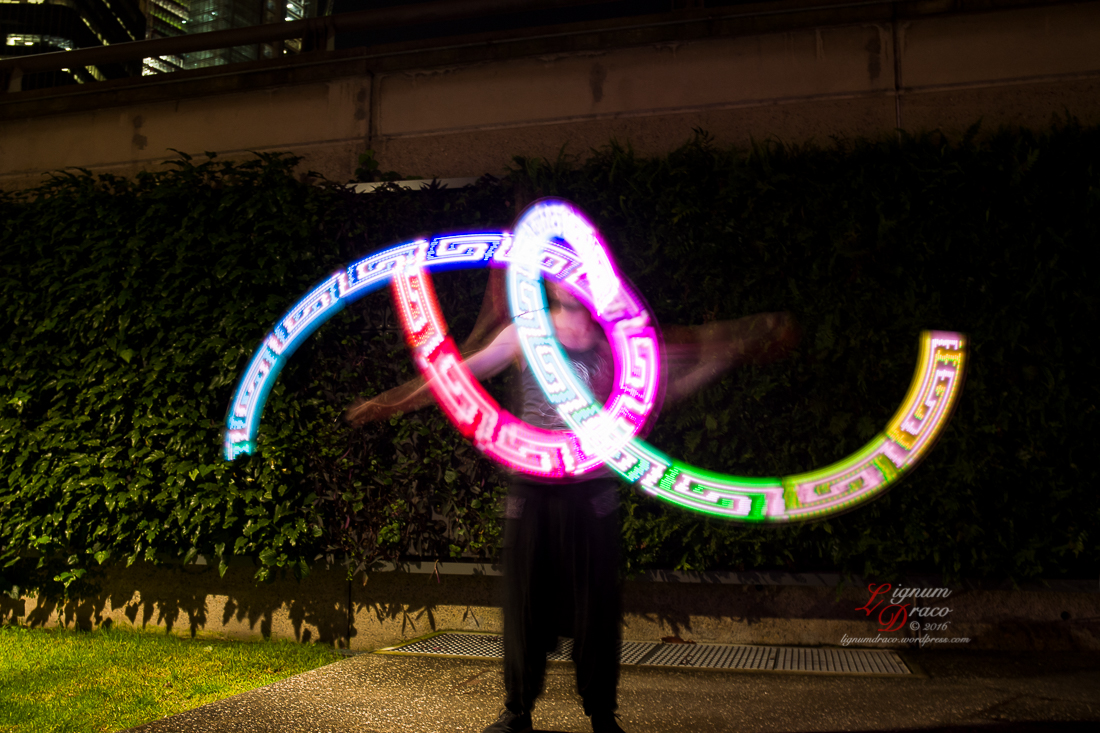 I experimented with short and long exposures for this guy, without a tripod, as before. 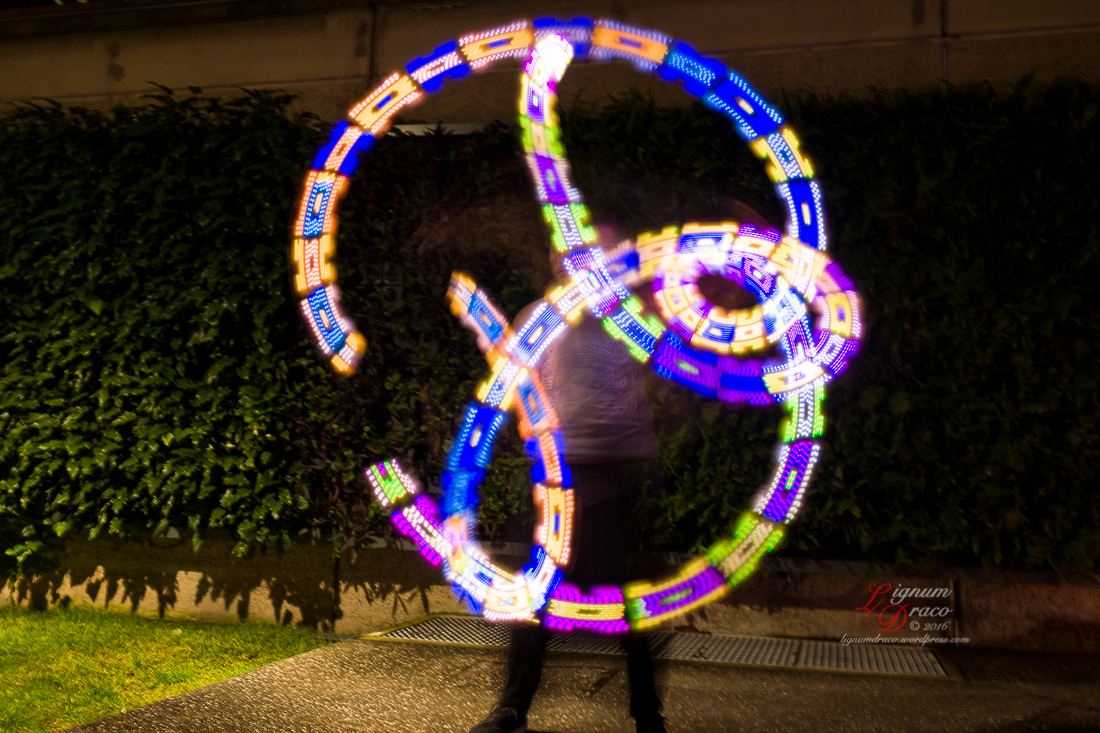 The final shot was 1.3 seconds handheld. I was not so sleight of hand on that cold night. Please excuse the camera shake. 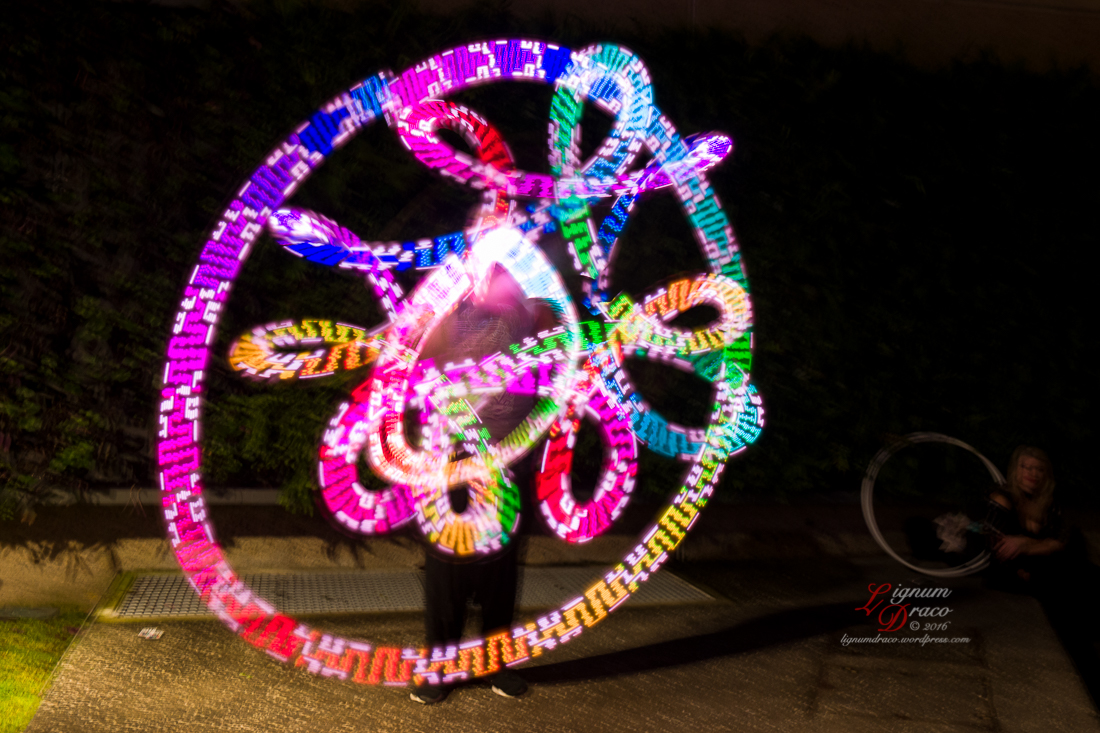 44 thoughts on “Sleight of Hand”