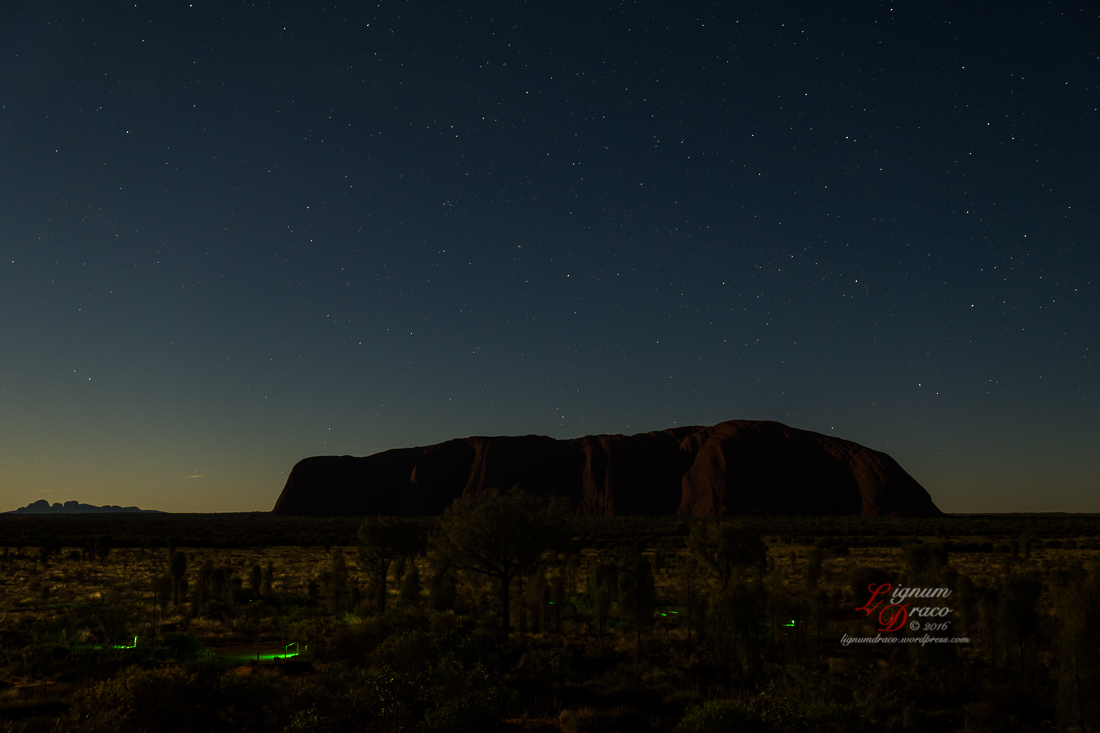 Arriving at the sunrise viewing area just before the start of the blue hour gave us the chance to indulge in some star photography over Uluru before the crowds arrived.

Although not in the field of view, the glow of the full moon still limited the intensity of the starlight.

Manual focus is best. Setting infinity can be difficult on autofocus in dark conditions.

Then I noticed the bright line to the left in my shot above – a shooting star. I believe they are relatively common, but I can say it is rare for this particular city dweller to see one, let alone catch one in a photo. 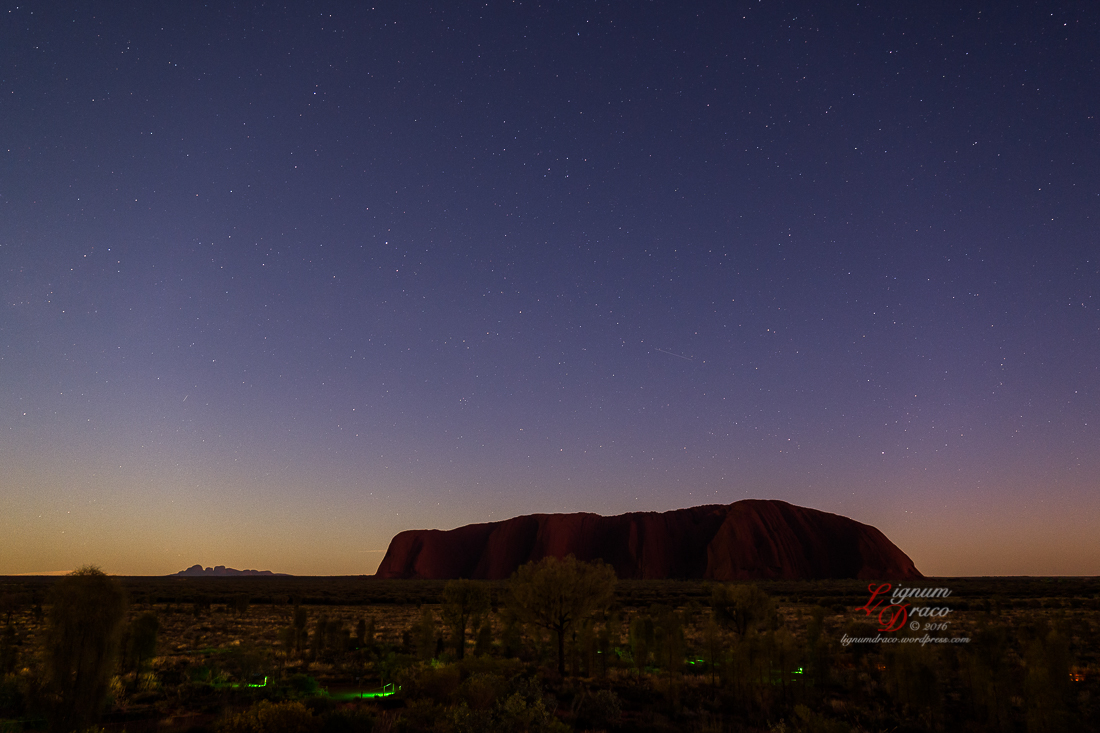 Even rarer to catch a second one, right above Uluru in the shot above.

And then a third one, above Uluru again …

“Catch a Falling Star”, written by Paul Vance and Lee Pockriss, is a song made famous by Perry Como’s hit version, released in 1957. The single won Como the 1959 Grammy Award for Best Vocal Performance, Male. Its melody is based on a theme from Brahms’ Academic Festival Overture. 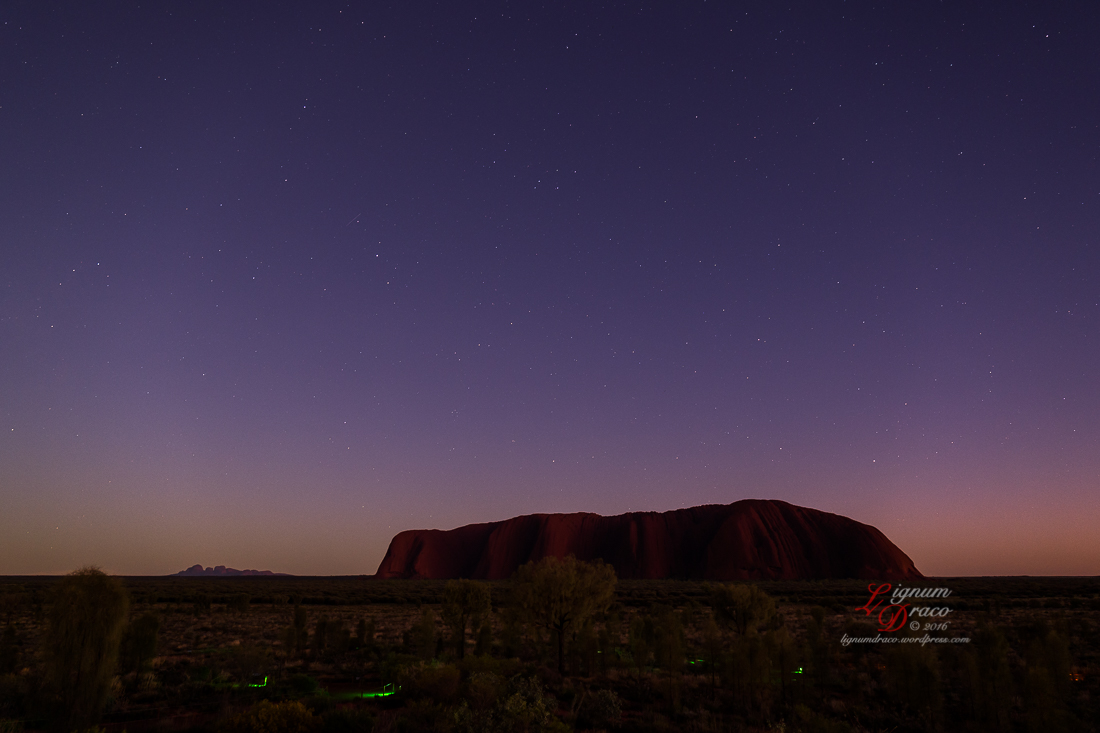 As if this photography session was designed for me, I continued to photograph as the sky started its dawn colour run …

… and the stars faded from view, but I was safe knowing that I had a few pockets full of starlight saved for a rainy day.

Did you see the shooting stars in some of the other photos in this post?

I also had a dedicated night photography session. More photos to follow.

57 thoughts on “Catch a falling star…”