Following my previous post about Singapore’s Chinatown, we return to Cambodia for part 3 of this series.

Ta Som is only a small Buddhist temple built in the late 12th – early 13th century.

Tour groups generally do not visit this temple yet it has one of the more noteworthy trees of any of the temples – one growing directly on the face tower of the Eastern Gate.

(I must admit, the thought that those headless statues might come to life did occur to me several times. Too many movies.) 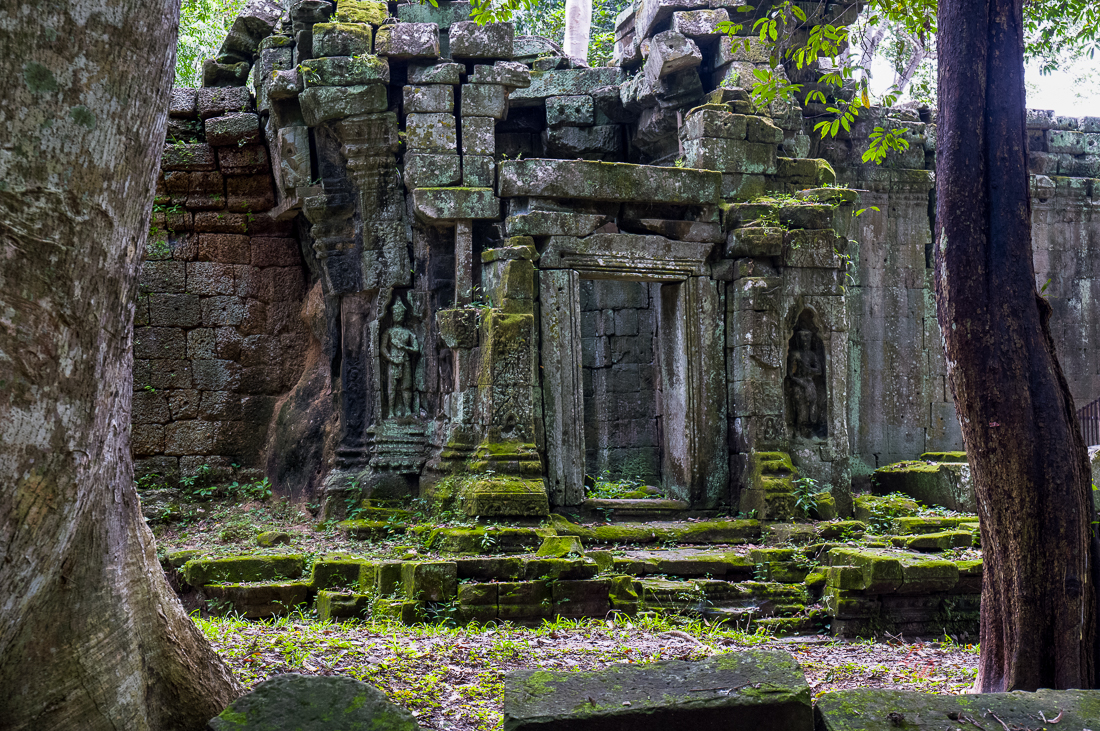 Built by King Jayavarman VII in the late 12th century, the city temple of Preah Khan is a Buddhist temple that was dedicated to the King’s late father.

As in my previous posts, the use of different editing styles is deliberate. 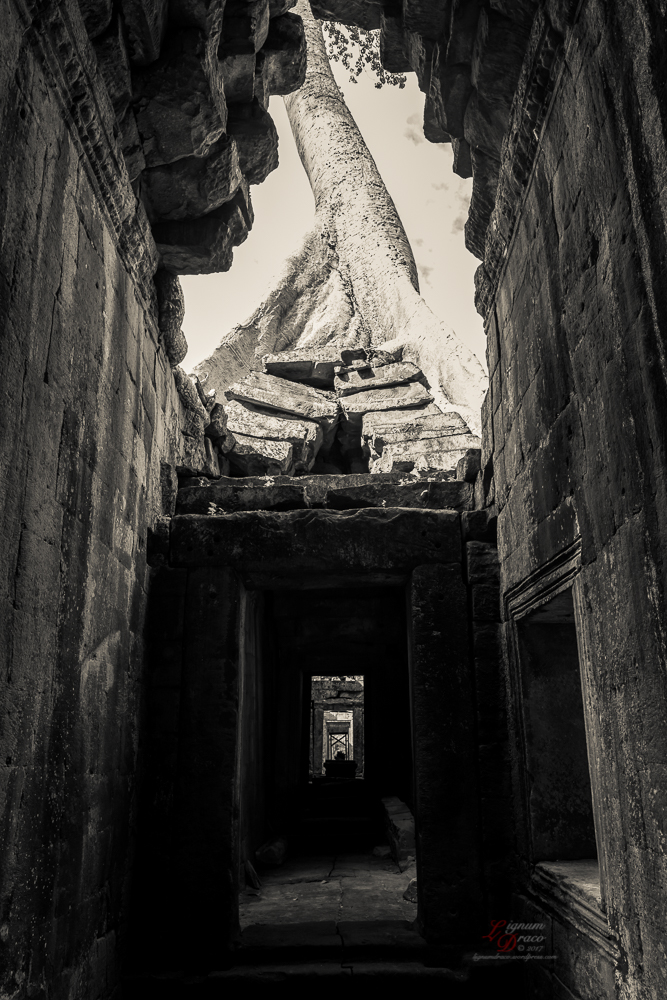 Being of a similar age to the temple of Ta Prohm, Preah Kahn is in a similar state of overgrowth by nature. Whilst Ta Prohm has walkways installed, Preah Kahn has a more untouched ambience and is definitely worthy of a visit.

I was mesmerised by this tree growing atop this building. An amazing sight.

And the beauty of the elaborate hand carvings should not be forgotten.

A Hindu temple built in the early 10th century. This gives you an idea of just how easily these temples became swallowed up by the jungle.

A Hindu temple built in the early 10th century, it sits atop a hill, northeast of Angkor Wat. It is extremely popular at sunset. It has unobstructed views to the west, and to the south east it looks over Angkor Wat in the distance.

The view from atop Phnom Bakheng looking towards Angkor Wat (telephoto lens needed).

Sadly, in the 1970s, Phnom Bakheng was a real temple of doom, used as an artillery platform by the Khmer Rouge army. Bullet holes are clearly seen defacing the carvings.

68 thoughts on “Lignum Draco and the Temples of Doom (3)”