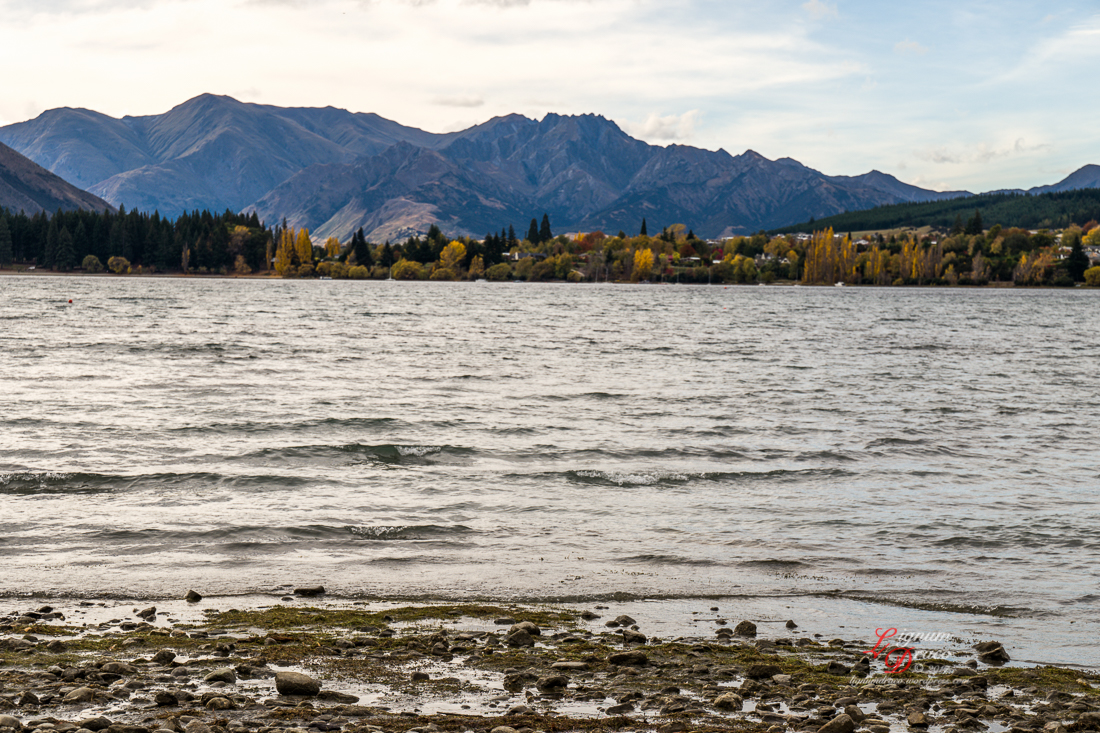 This is part 5 of my New Zealand series of posts.

Wanaka is a small town, known more as a ski and summer resort town in the Otago region of the South Island of New Zealand. It is situated at the southern end of Lake Wanaka, at the start of the Clutha River, about an hour’s drive from Queenstown. It is considered the gateway to Mount Aspiring National Park, a World Heritage Site.

Mount Aspiring National Park was used as the set location for Isengaard in the Lord of the Rings movies. 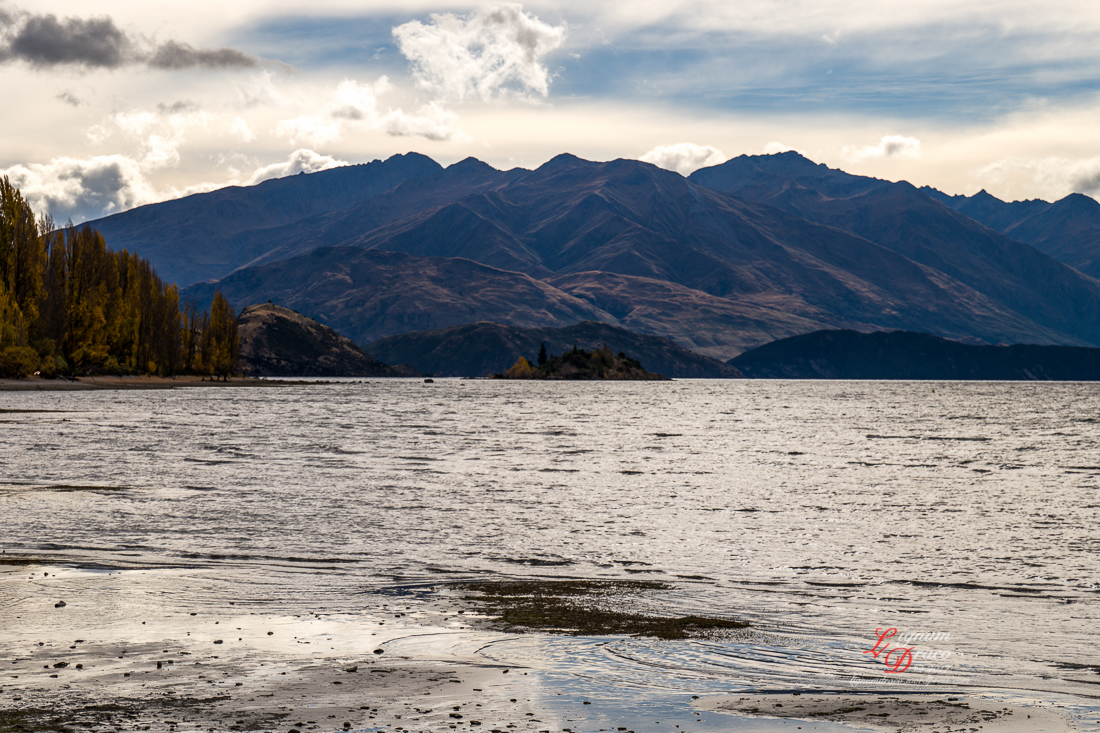 This was the my destination when I made the emergency photography stops I mentioned in my previous post:
Dragon tales of Middle Earth: Somewhere in Otago 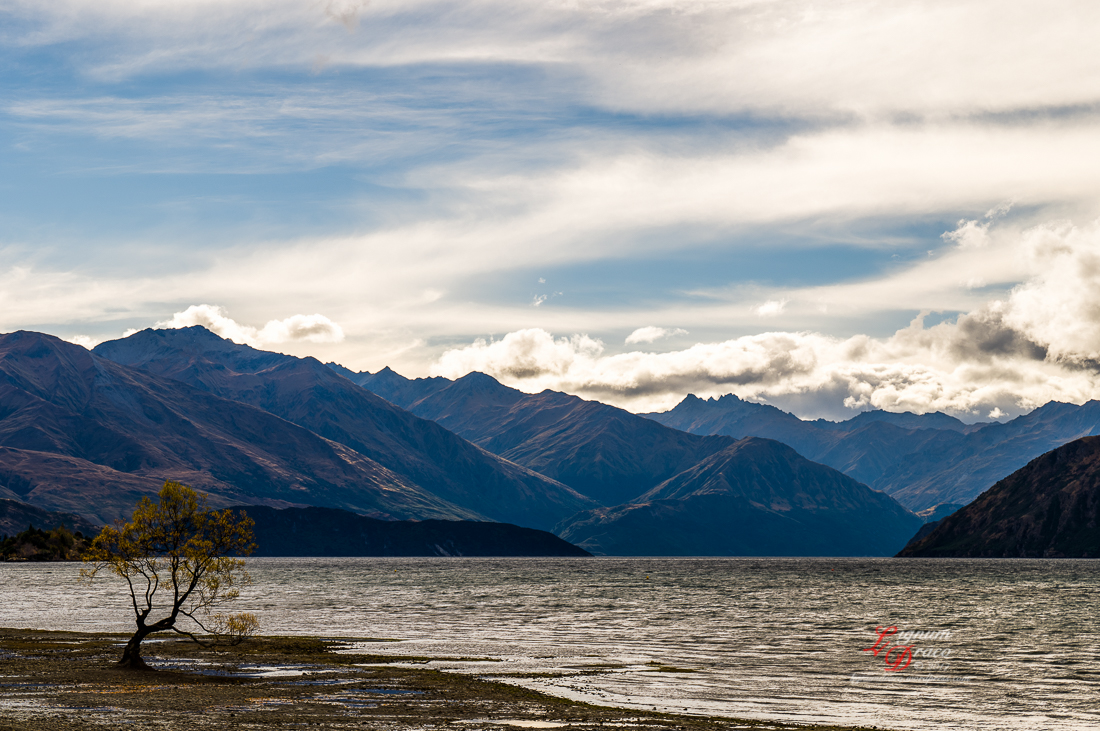 Standing in Lake Wanaka is a lone willow tree, just off the shore at the south end of the lake, said to have been there since at least 1939. 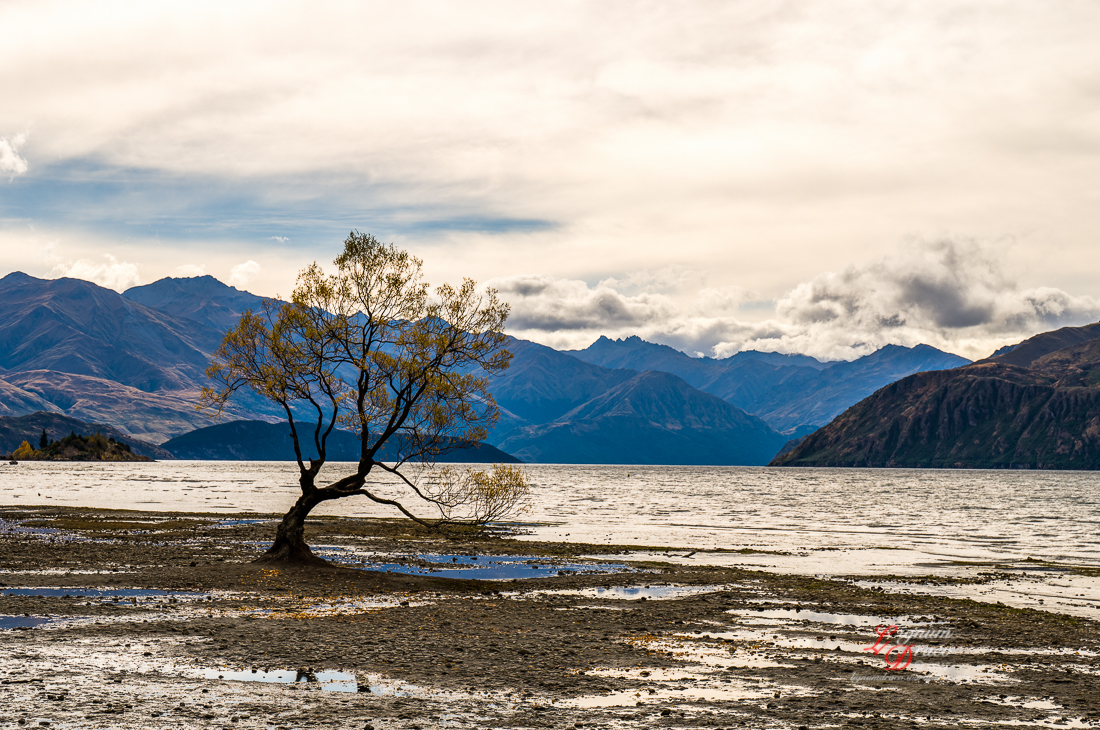 Christchurch photographer Dennis Radermacher took a photo of this tree on a misty June day which won the 2014 New Zealand Geographic photograph of the year.

As a result, this tree suddenly became famous.

Now everyone wants to photograph it. Myself included.

I arrived around 2pm on an Autumn’s day and the water level was quite low, enabling me to walk right up to the tree. Those are the Southern Alps framing the tree in the background. There were about 20 other people there photographing it. Most people will move out of the way if you ask nicely enough, but you still have to be quick. Given the low water level, I wanted to do something with the shadows and broken reflections in the surrounding small pools of water. Black and White works well here.

I’m still waiting for that email notification from National Geographic. 🙂

This is said to be one of the most photographed trees in all New Zealand. 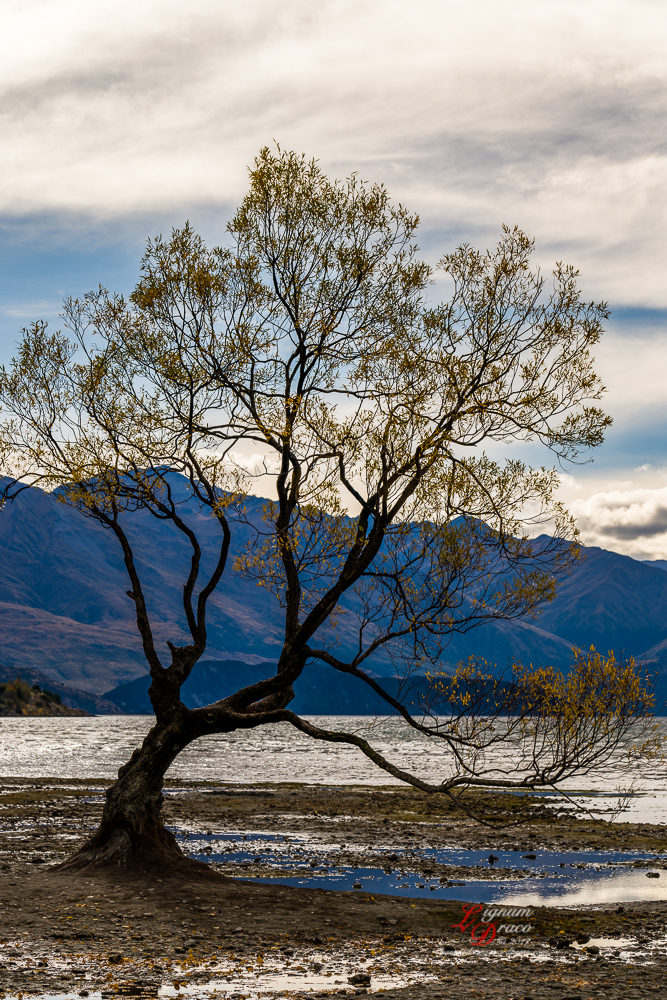 I’d love to go back and photograph this tree under different conditions. Perhaps at sunset when the tree is completely surrounded by water, or during a storm. Things to consider for my return visit some day.

Standing in a lake.

Maybe it should be called…

The last of the Ents.