This is part 7 of my New Zealand series of posts.

In a previous post Dragon tales of Middle Earth: Deer Park Heights I showed the view from high on Deer Park Heights looking down upon the Kawarau River and Valley which was the set location for the River Anduin in the Fellowship of the Rings movie. Now let’s visit the area at ground level. 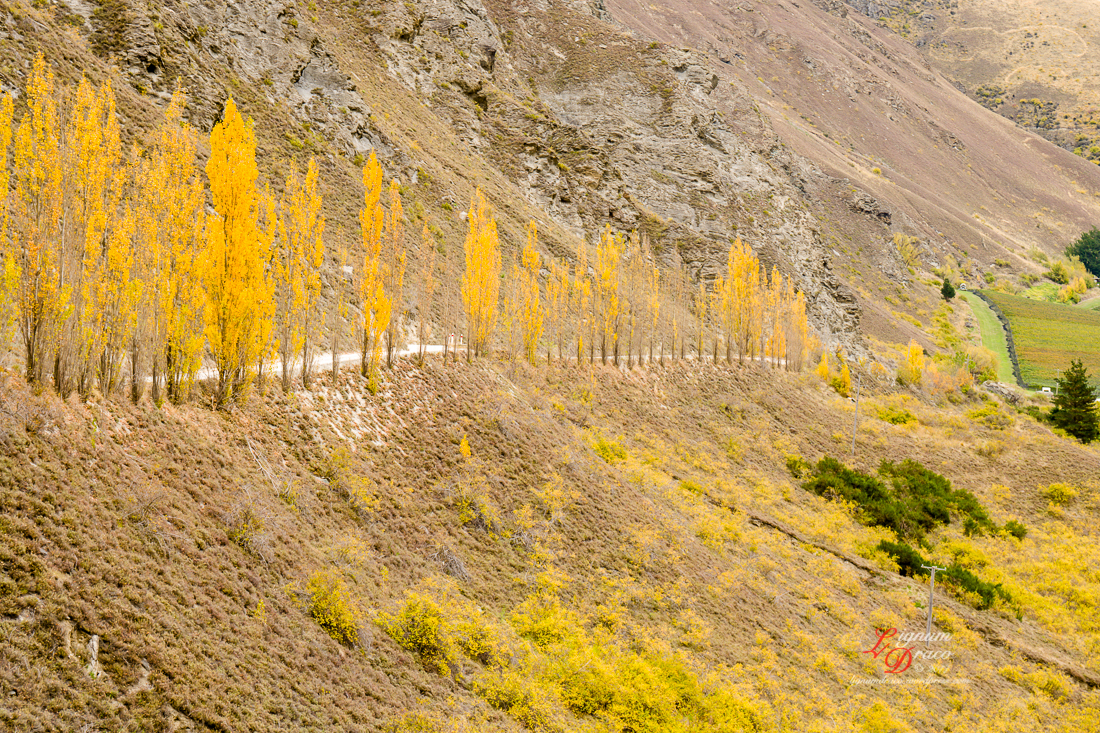 There are some lovely little roads in this area.

Shadowfax retired here after Gandalf left Middle Earth, and came out to greet me. 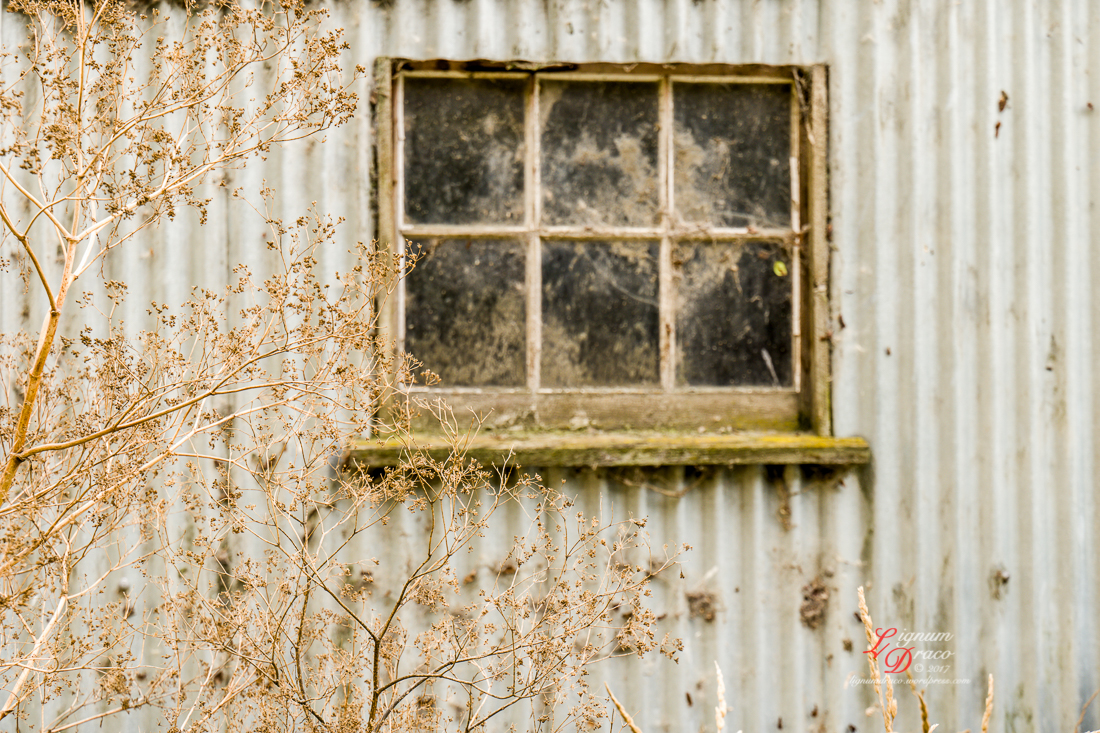 I came across an old shed.

This building turned out to be a sheep shearing shed. 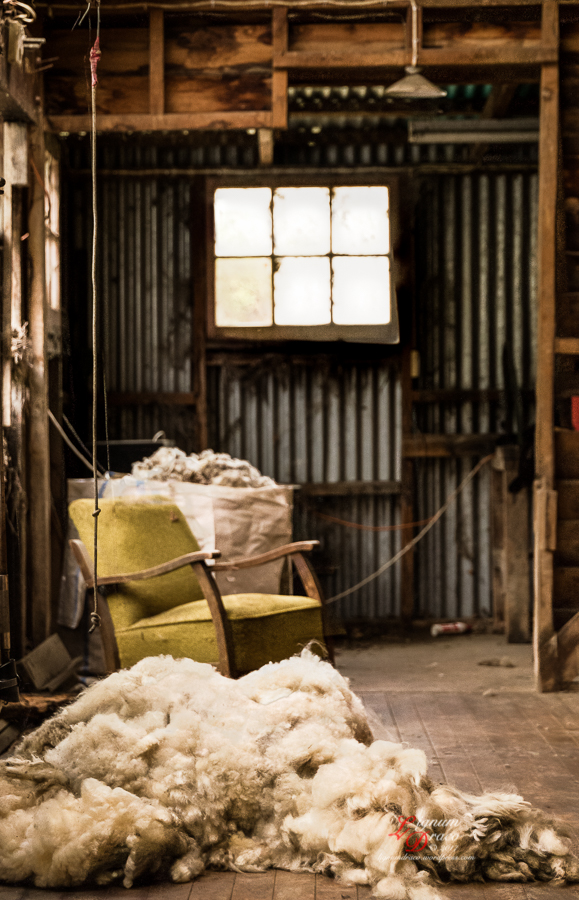 New Zealand has a heritage as a sheep-breeding nation.
There are estimated to be about 6 sheep to every person living in New Zealand. 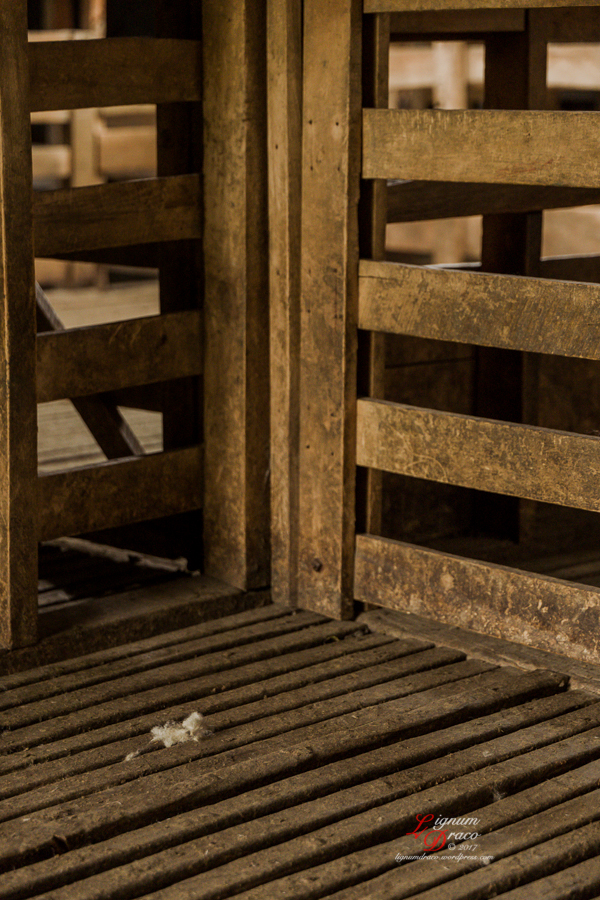 Further along I found a beautiful spot with views over the Kawarau Valley.

The dense cloud cover had cleared enough for the setting sun to make its presence known.

There happened to be another old heritage style building nearby. How convenient! 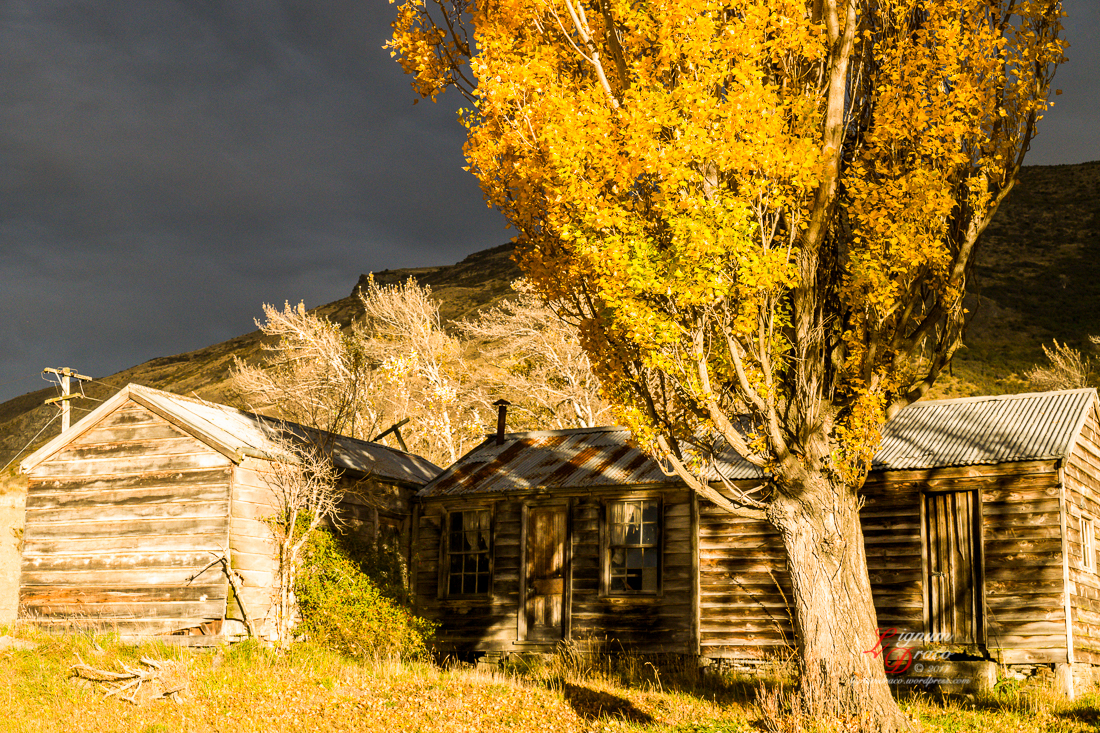 The timing of this spectacular light show upon the building and contrasted against the cloud filled sky was perfect. 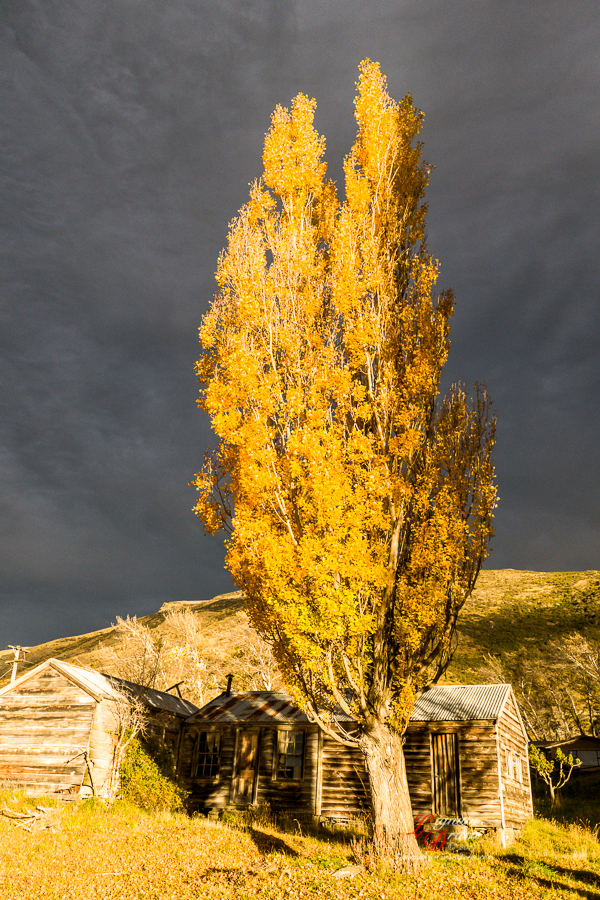 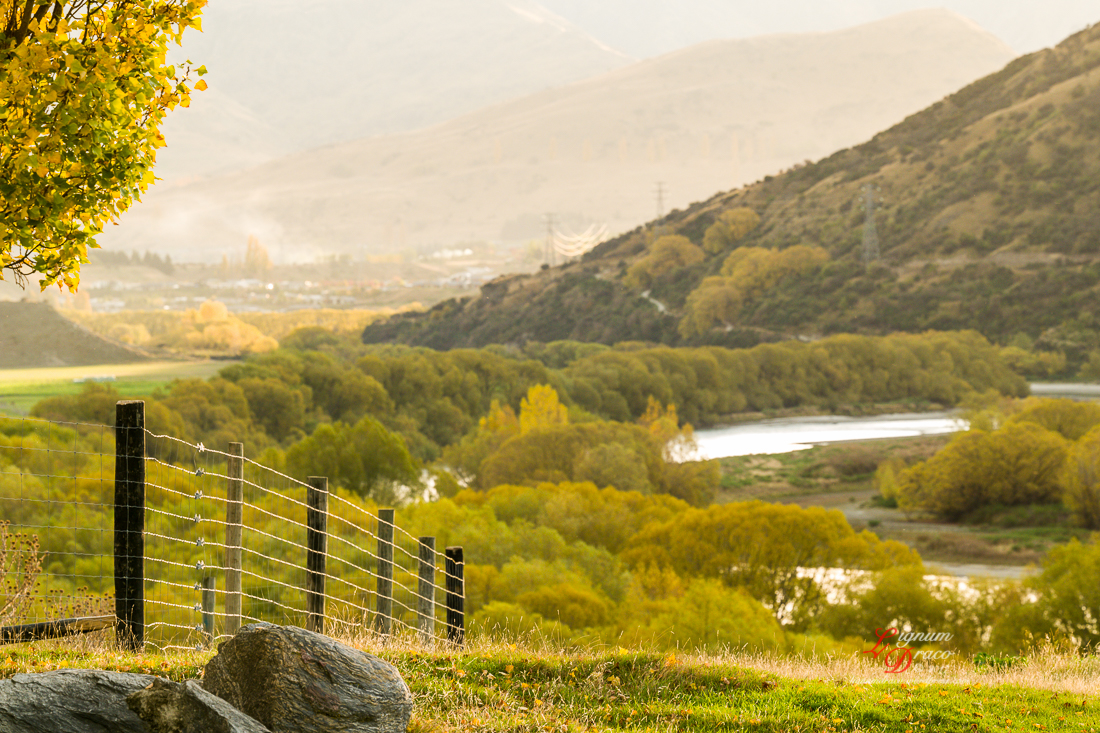 A final dreamy and longing glance before moving on. 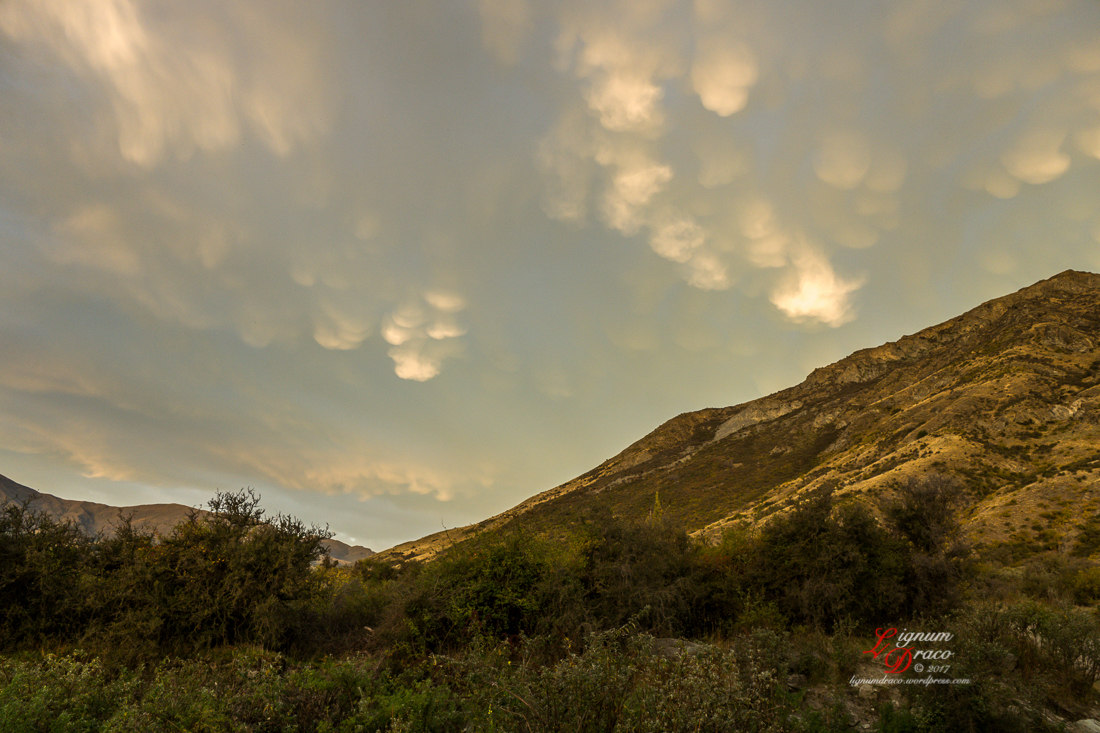 Unusual Mammatus clouds, a cellular pattern of pouches hanging underneath the base of a cloud, typically cumulonimbus rainclouds, although they may be attached to other classes of parent clouds. They are formed by cold air sinking down to form the pockets contrary to the puffs of clouds rising through the convection of warm air.

The sun started to put on its evening show so nothing else to do but stop and watch the beautiful display. 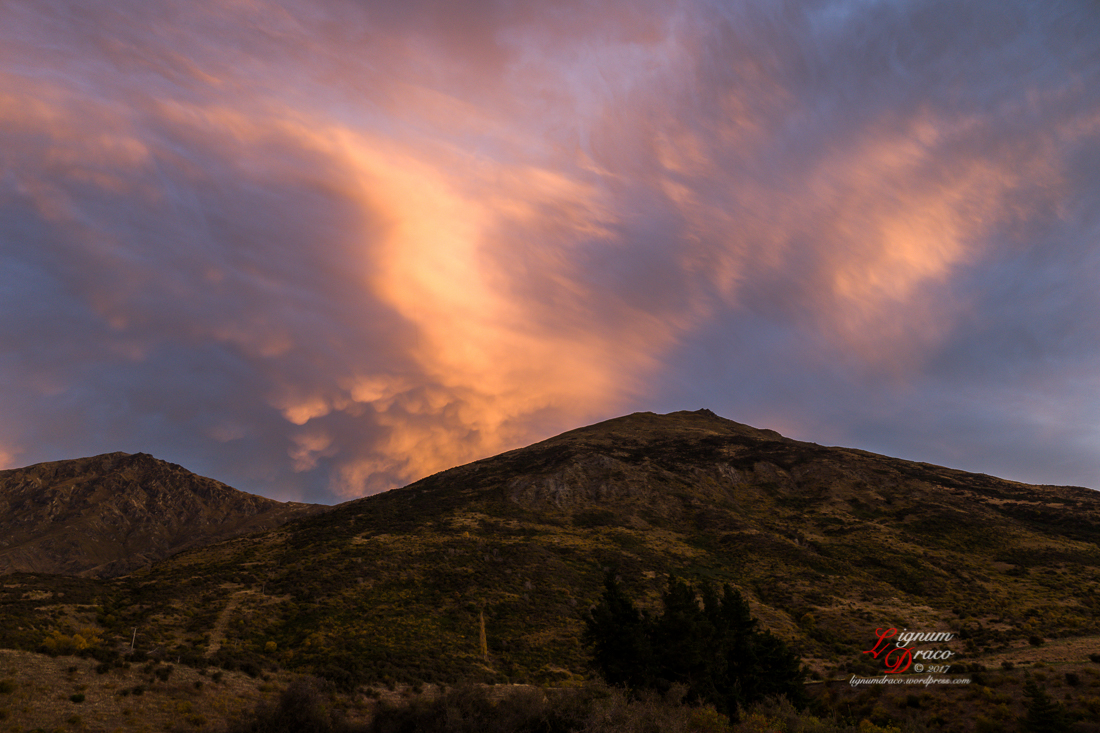 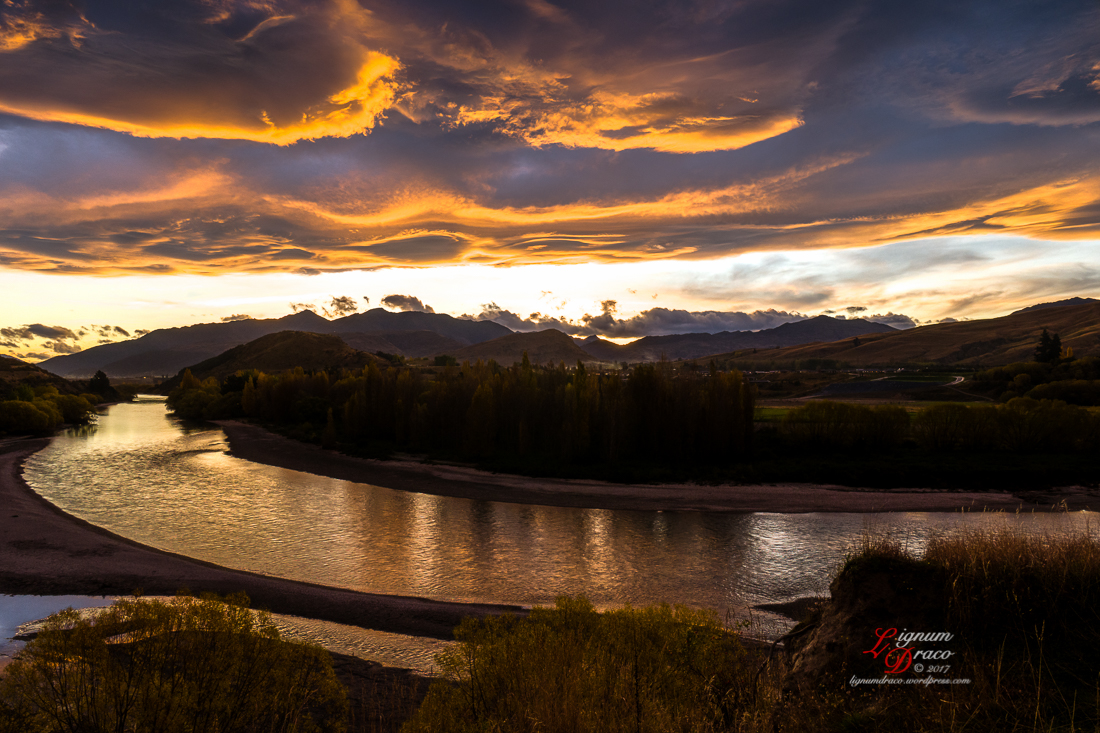 I watched in silence as the light faded over the Kawarau River.

And said goodnight to Middle Earth at the end of another good day of photography. 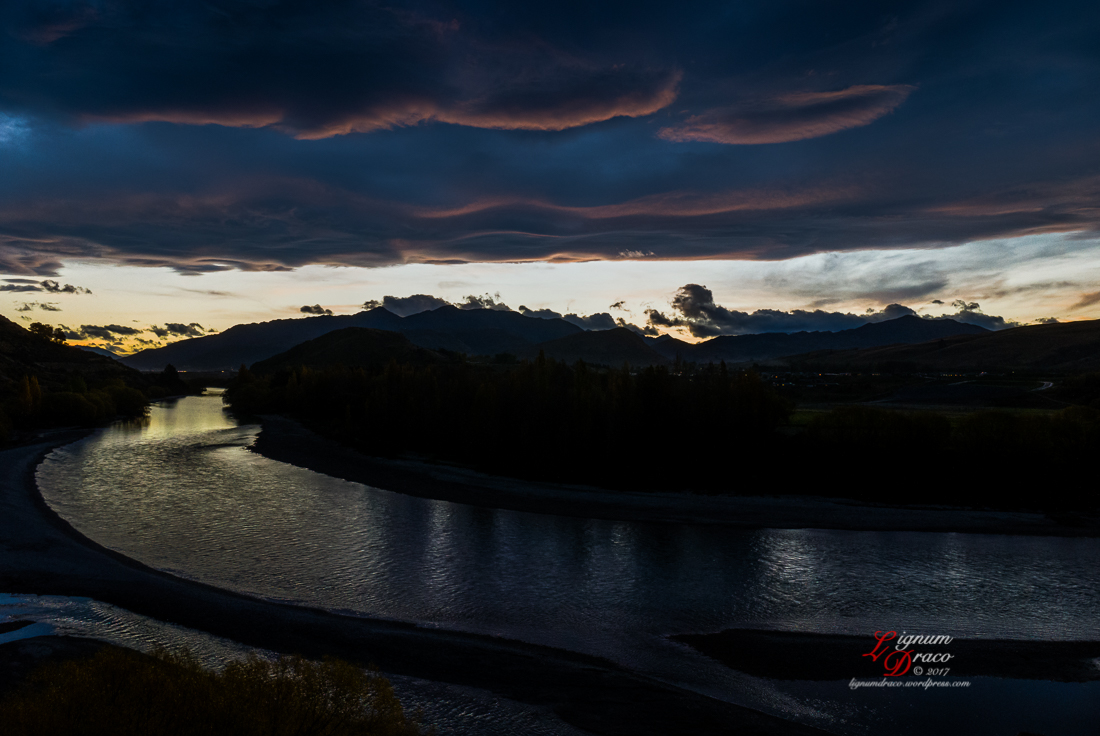 Update: My New Zealand post: Dragon tales of Middle Earth: Somewhere in Otago was recently featured in WordPress’ Discover site. My sincere thanks to the editors for choosing my post.

This is Part 7 of my New Zealand series of posts.

106 thoughts on “Dragon tales of Middle Earth: The Kawarau Valley”