After 23 nights, the 9th annual Vivid Sydney Festival which has now become a major travel and tourism event for Sydney ended this past weekend. As in previous years a water spectacular featured over at the Darling Harbour region of Sydney Harbour.

A collaboration between artists, composers, engineers, fountaineer, and pyrotechnicians, this year’s show was entitled “Magicians of the Mist”. The creators of the show were Oracle Liquid, The Electric Canvas, Peewee Ferris and Vivid Sydney. 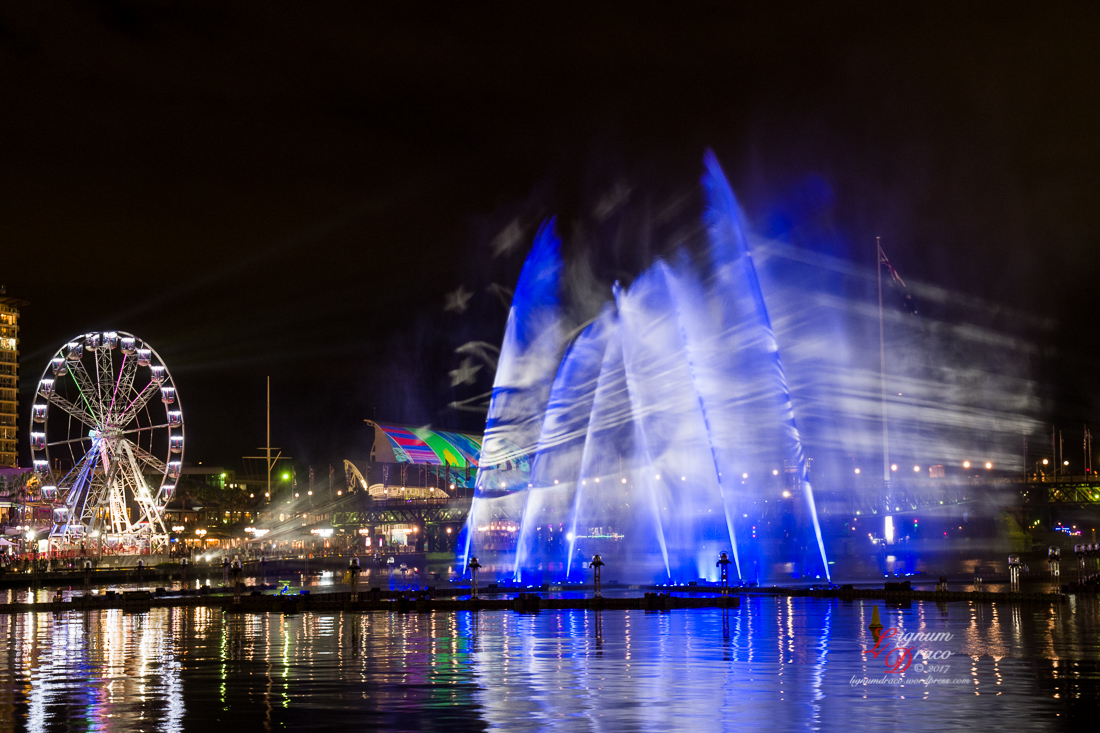 Fountains up to 50 metres high swing and sway gently, sometimes furiously displaying more than three times the power of any fountain previously deployed in Darling Harbour. Special nozzles change their shape and that of the fountains, creating the tallest fountains in the world which display this range of movement. 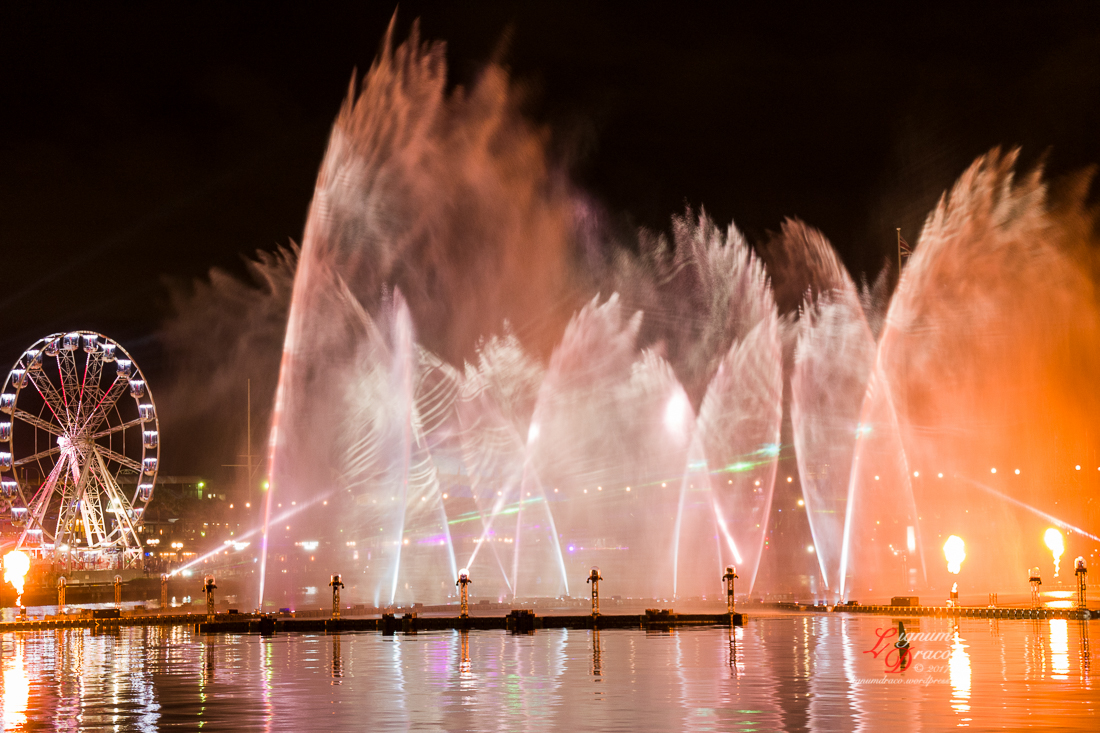 A show commenced every half hour, running for about 10 minutes. There were 3 shows on rotation. On Fridays, Saturdays and Sundays, some shows were additionally choreographed with fireworks. 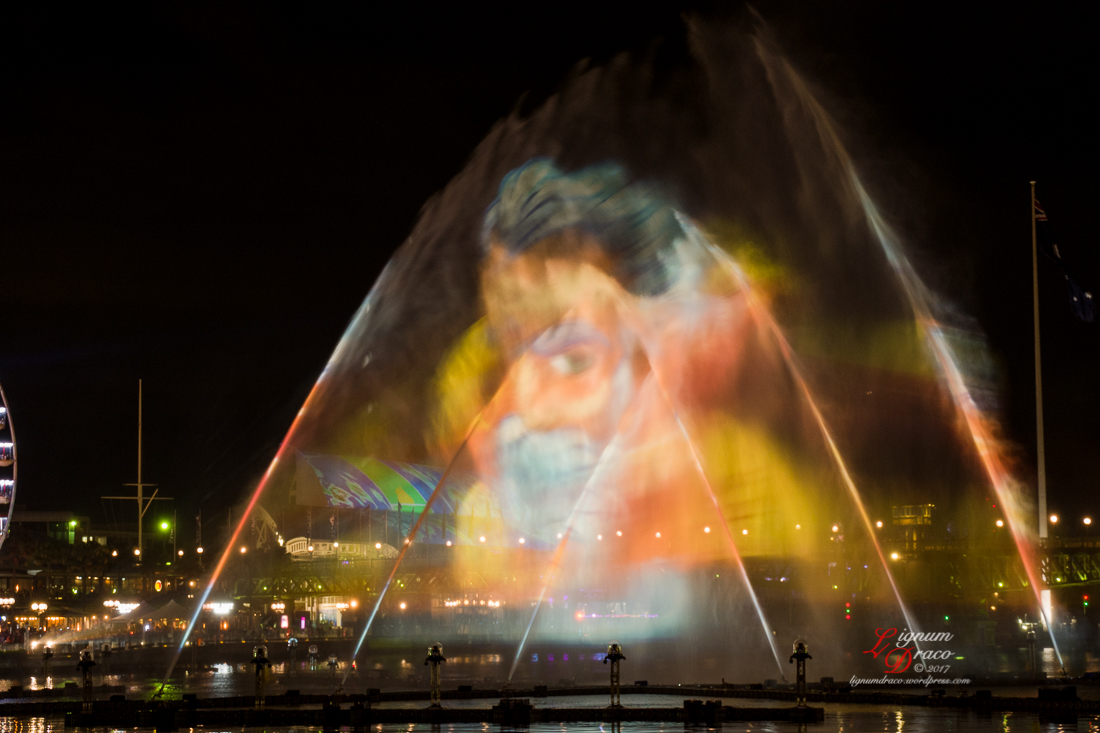 This work blurs the line between art and technology that now defines the digital era: 12 massive pumps throw 28 tonnes of water into the air every minute; huge projections shine on walls of water 60 metres wide and 40 metres high. Lasers, fountains, jets of flame, music, fireworks, fireballs, LEDs and searchlights are all controlled through a computer interface in the hands of a master fountaineer and laser artist. 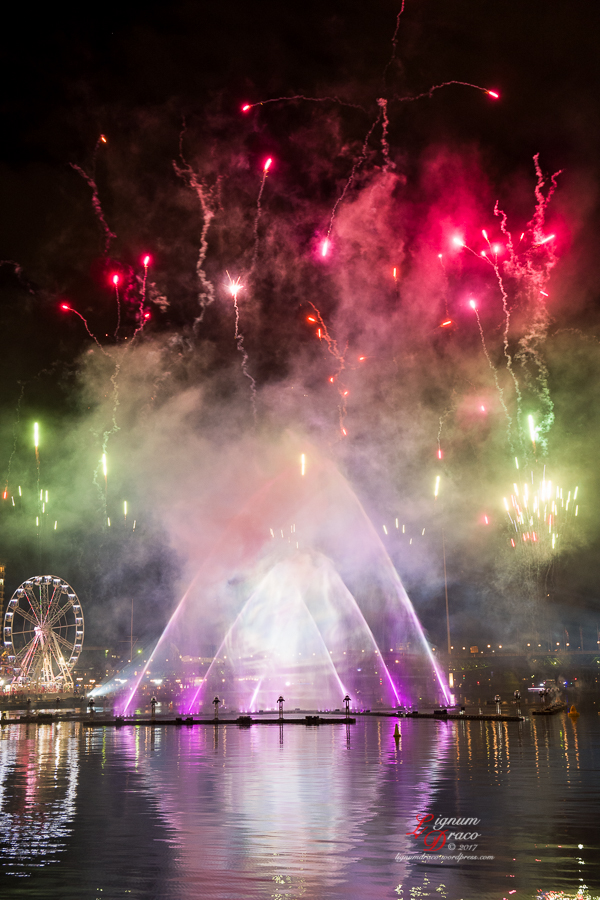 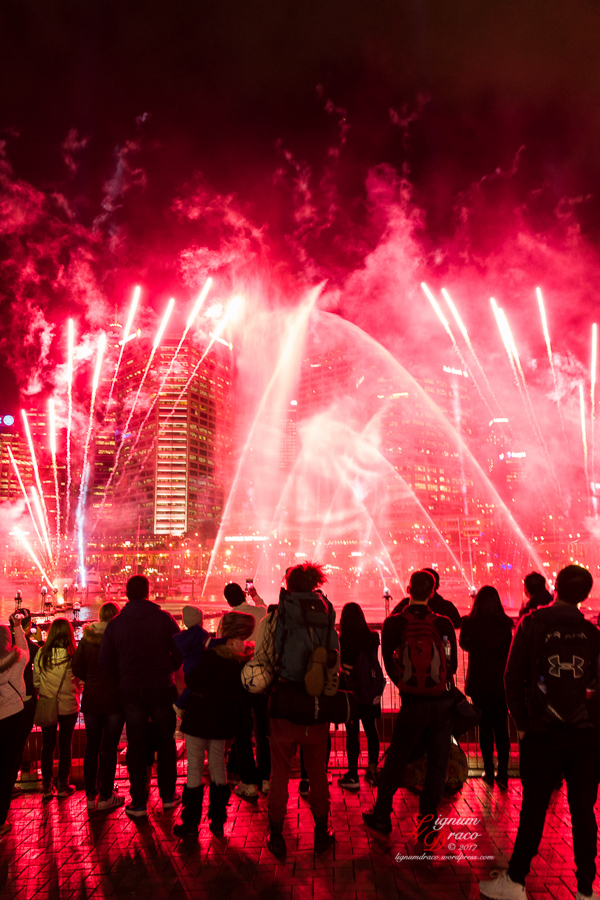 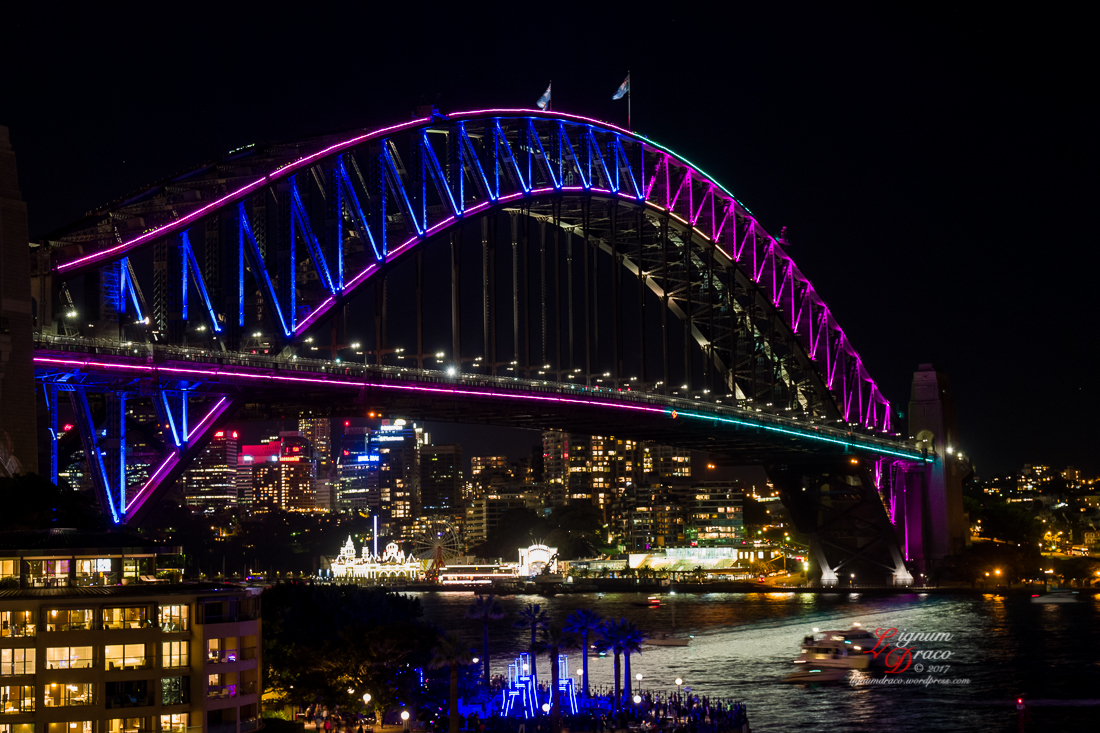