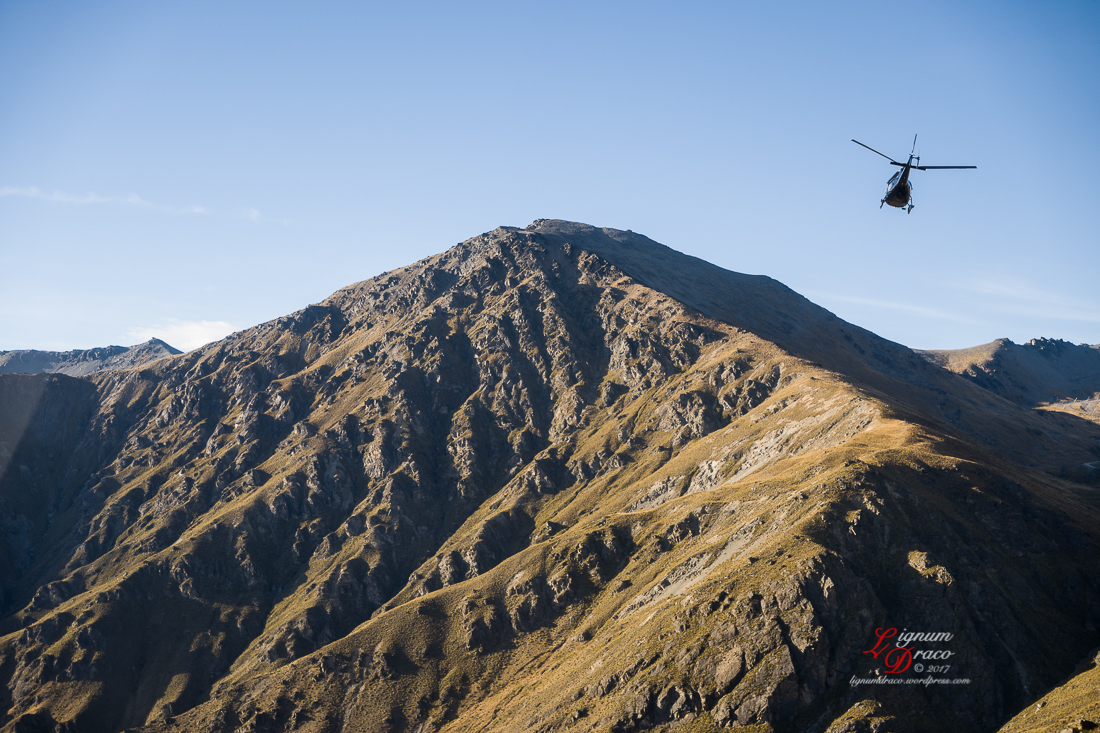 This is part 10 of my New Zealand series of posts.

The Remarkables are a mountain range towering over Queenstown in the South Island of New Zealand. Located on the southeastern shore of Lake Wakatipu, the range lives up to its name by rising sharply to create an impressive backdrop. The highest point in the range is Double Cone (2319 metres).

During my trip to Queenstown, I was not going to pass up the opportunity to fly to the top of the Remarkables in a shiny helicopter.

The photo above is looking to the west. Over in the distance is Skippers Canyon which I posted about previously.

The photo above is looking down on Queenstown. The hilltop in the middle of view is the private property of Deer Park Heights which I visited and posted about earlier. 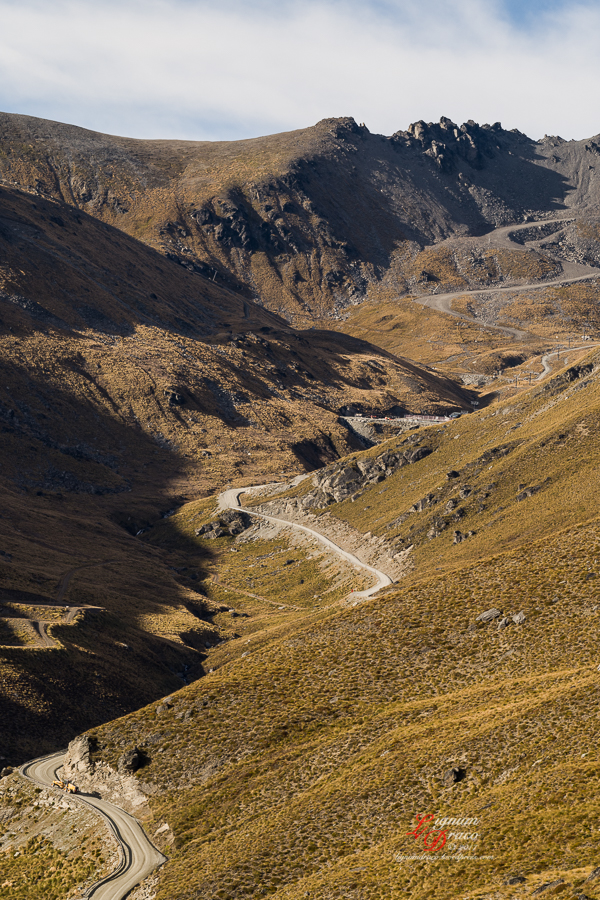 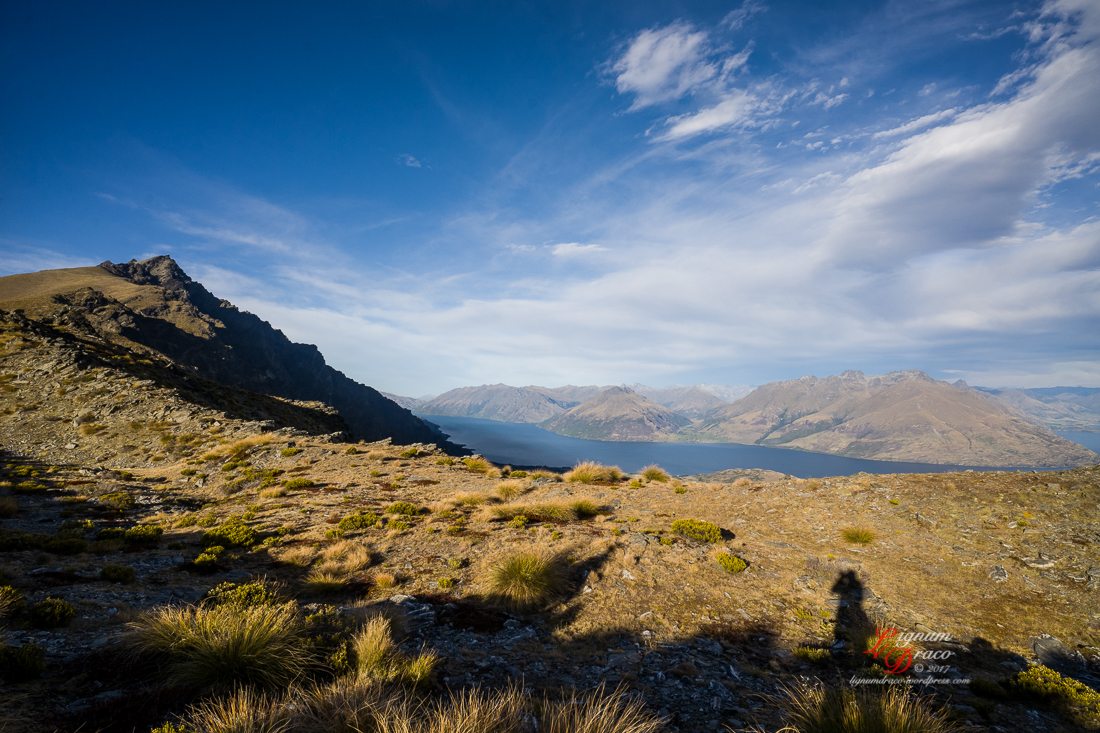 The mountains were named The Remarkables by Alexander Garvie in 1857-58, allegedly because they are one of only two mountain ranges in the world which run directly north to south. An alternate explanation for the name given by locals is that early Queenstown settlers, upon seeing the mountain range during sunset one evening, named them The Remarkables to describe the sight. 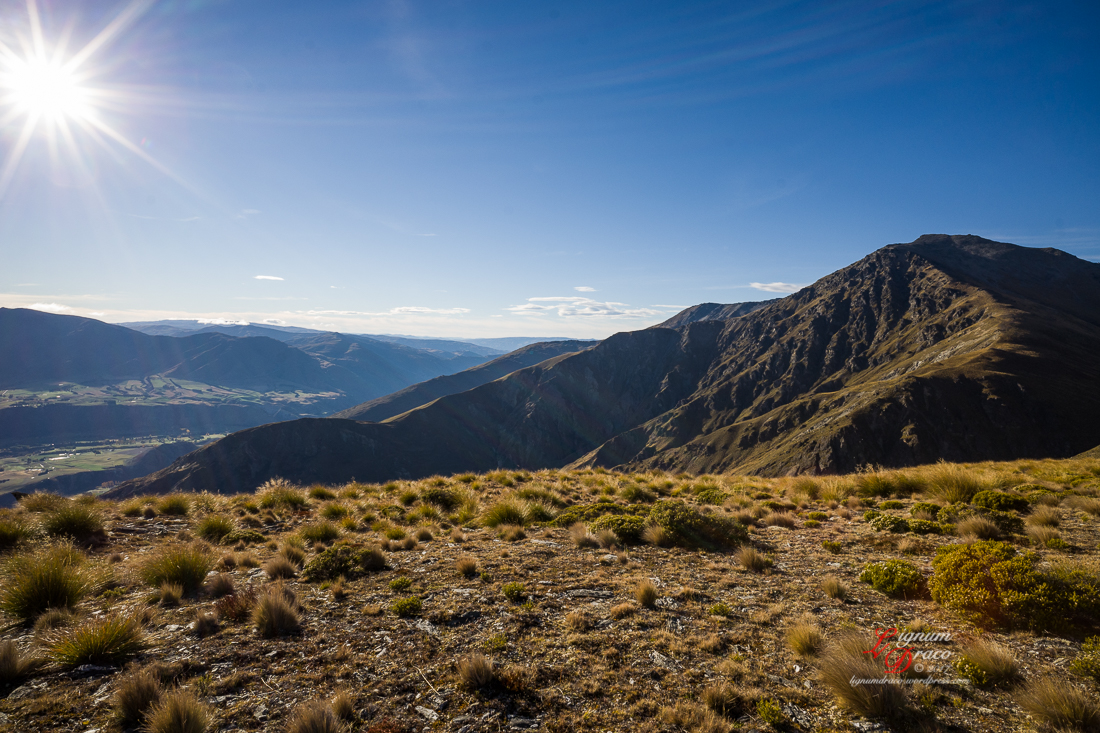 One of the limitations of hiring a helicopter is that the cost is time based. Originally I was to have been at the top of The Remarkables for 10 minutes. However, whilst I was up there the pilot received a radio message saying that due to New Zealand’s infamous cloud cover, his other scheduled flight to Milford Sound that morning was cancelled. So with nothing else for my pilot to do, my 10 minutes at The Remarkables turned into about 40 minutes instead, without additional cost. No complaints from me. 🙂

The views over Queenstown on the flight back were just as impressive.. 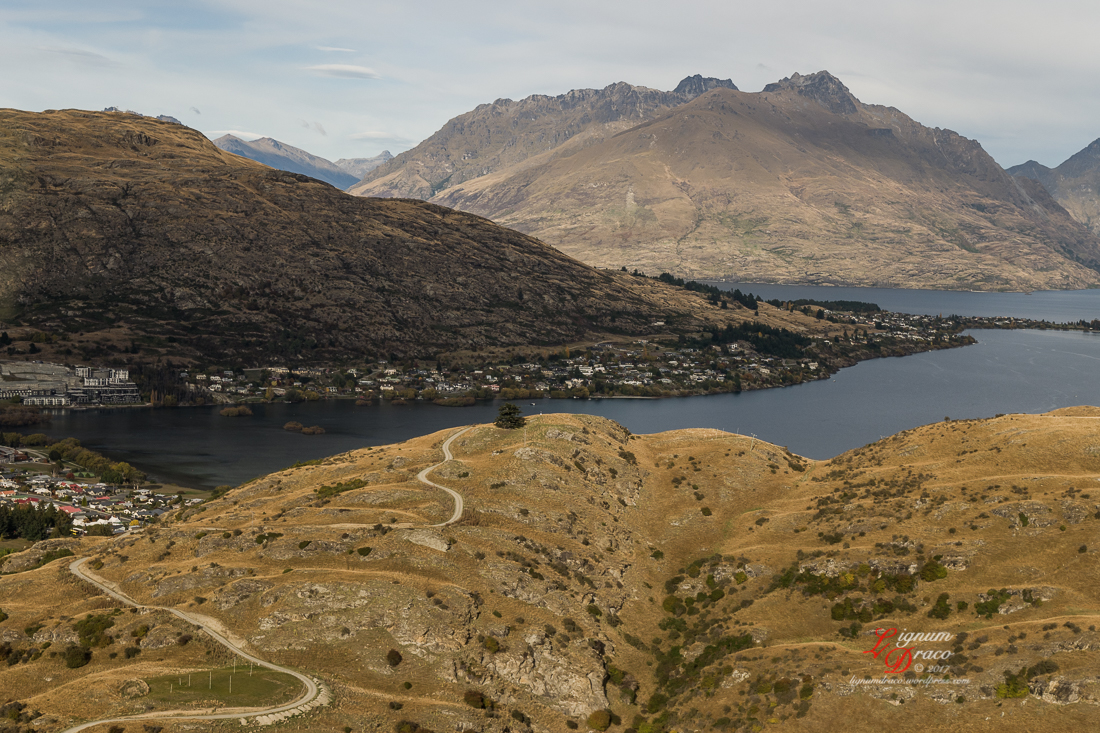 90 thoughts on “Dragon tales of Middle Earth: The Remarkables”