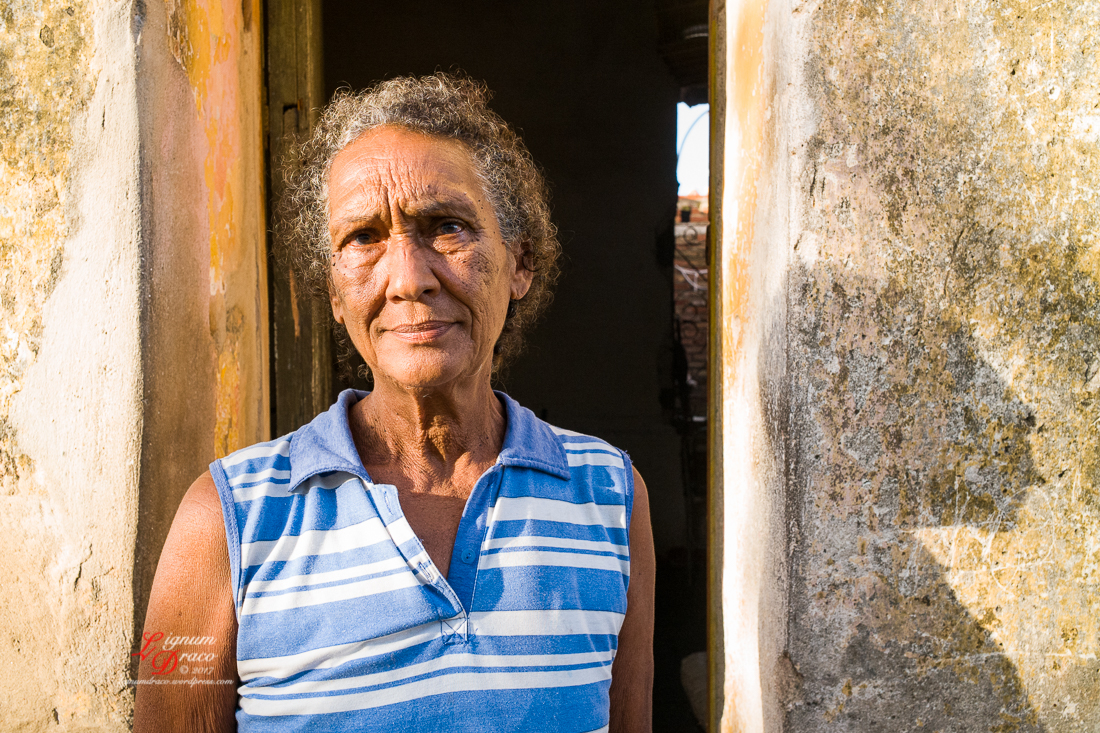 This is part 7 of my Cuba 2017 photo series. This is also the last part of my dedicated Trinidad Tales series.

Initially I photographed this lady from the street as she was standing in her doorway. Then I walked up and asked to take her portrait from about 1 metre away. She was very approachable. 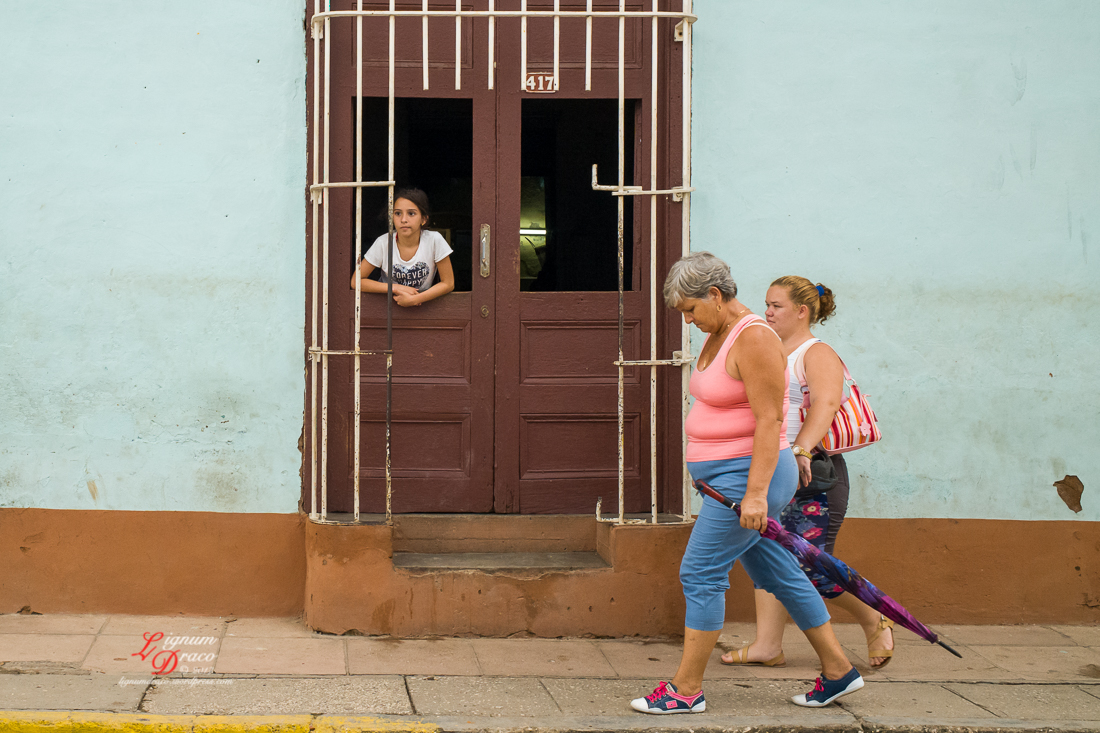 That’s the message on the young girl’s t-shirt. 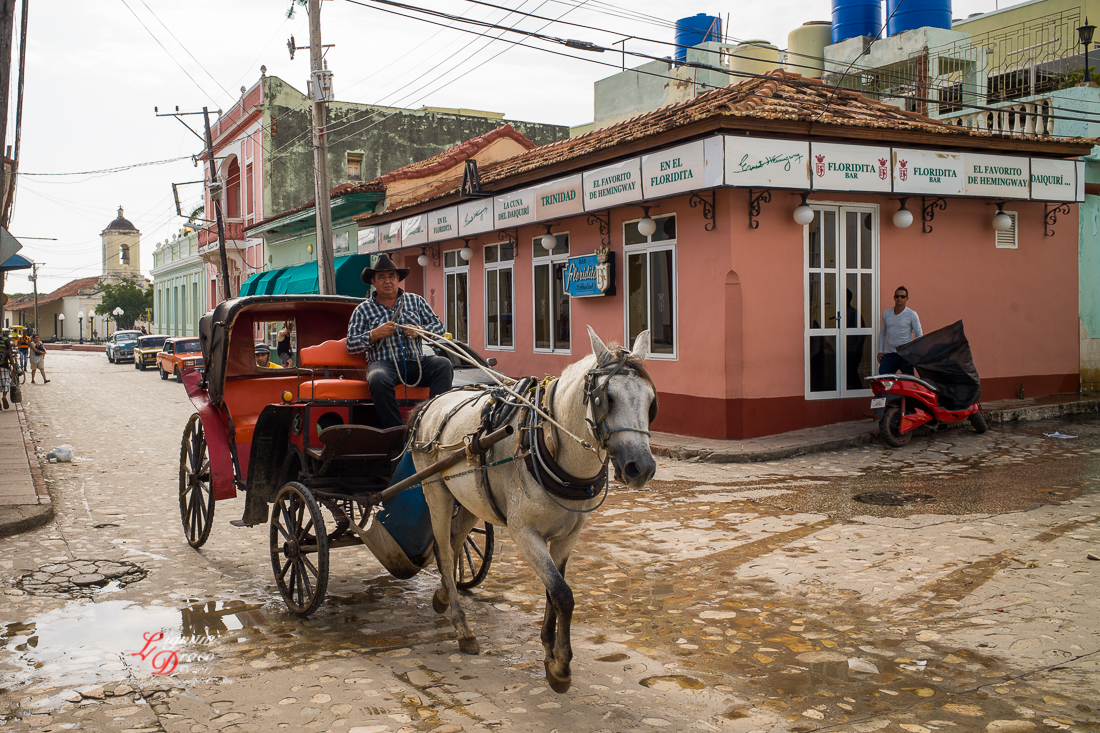 “My mojito in La Bodeguita. My daiquiri in El Floridita.”

The above is a quote attributed to Ernest Hemingway who is still celebrated in Cuba. He was referring to his favourite drinks at his favourite bars in Havana. I didn’t go to either. The prices were bound to be marked up there from the CUC$2-3 I was used to paying. This is a branch of El Floridita in Trinidad. 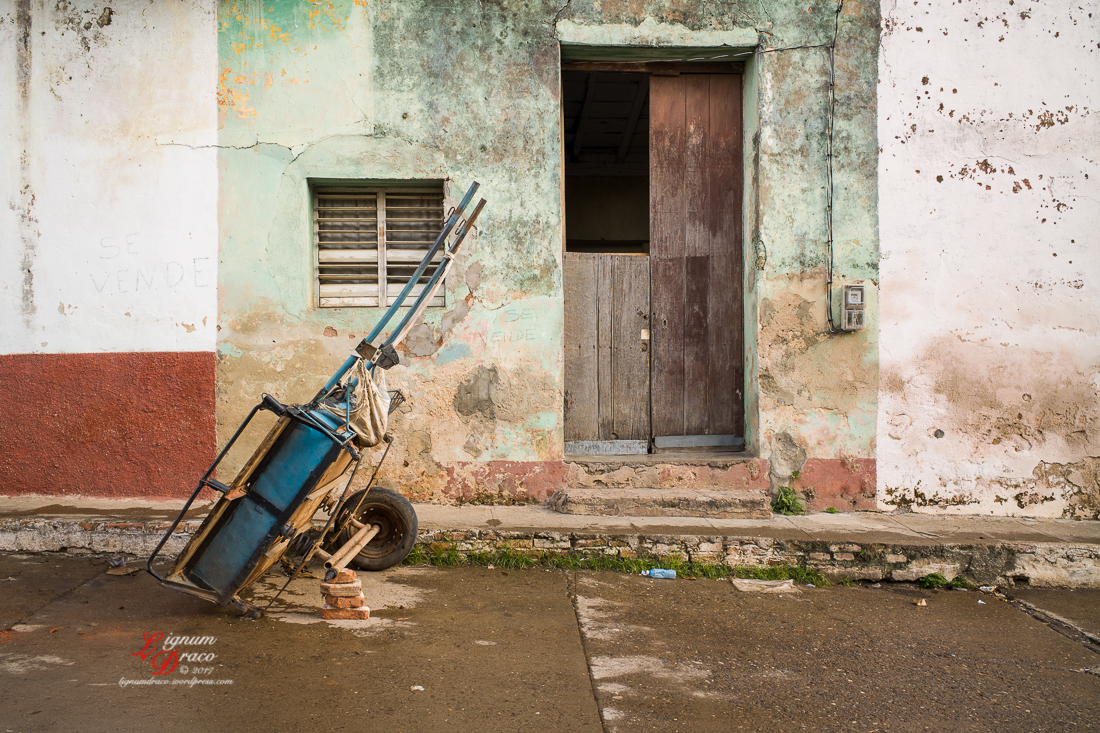 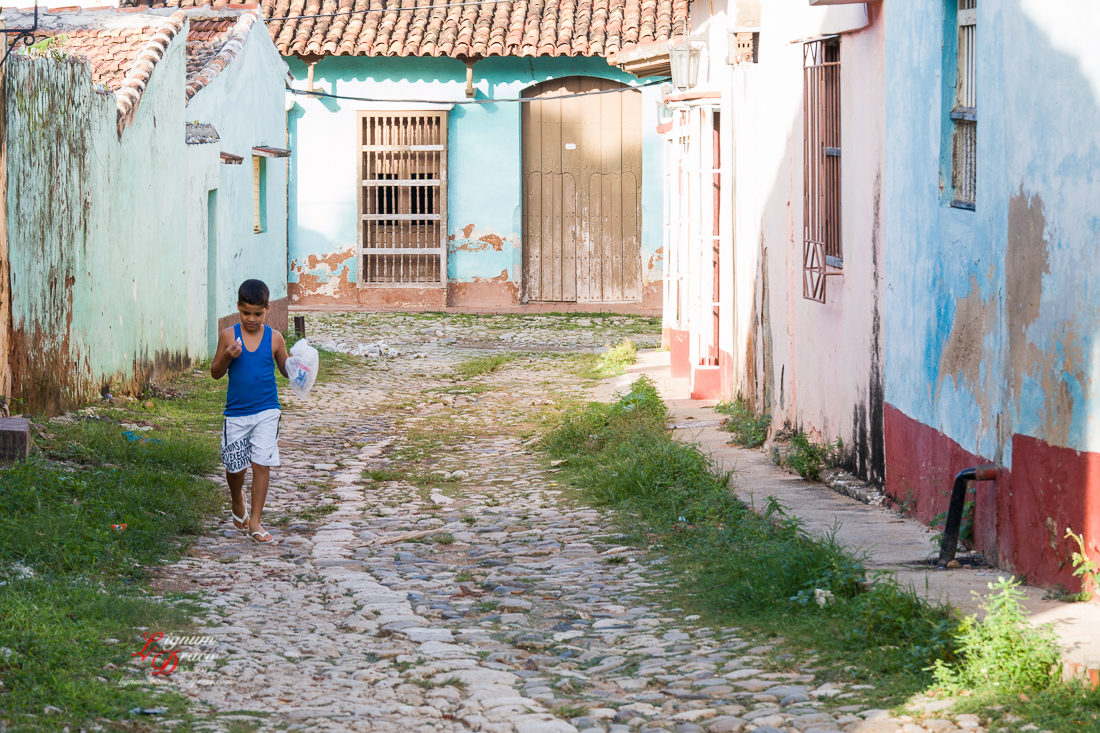 The cobblestone roads are generally a sign you’re nearer the main hill and the colonial part of Trinidad. 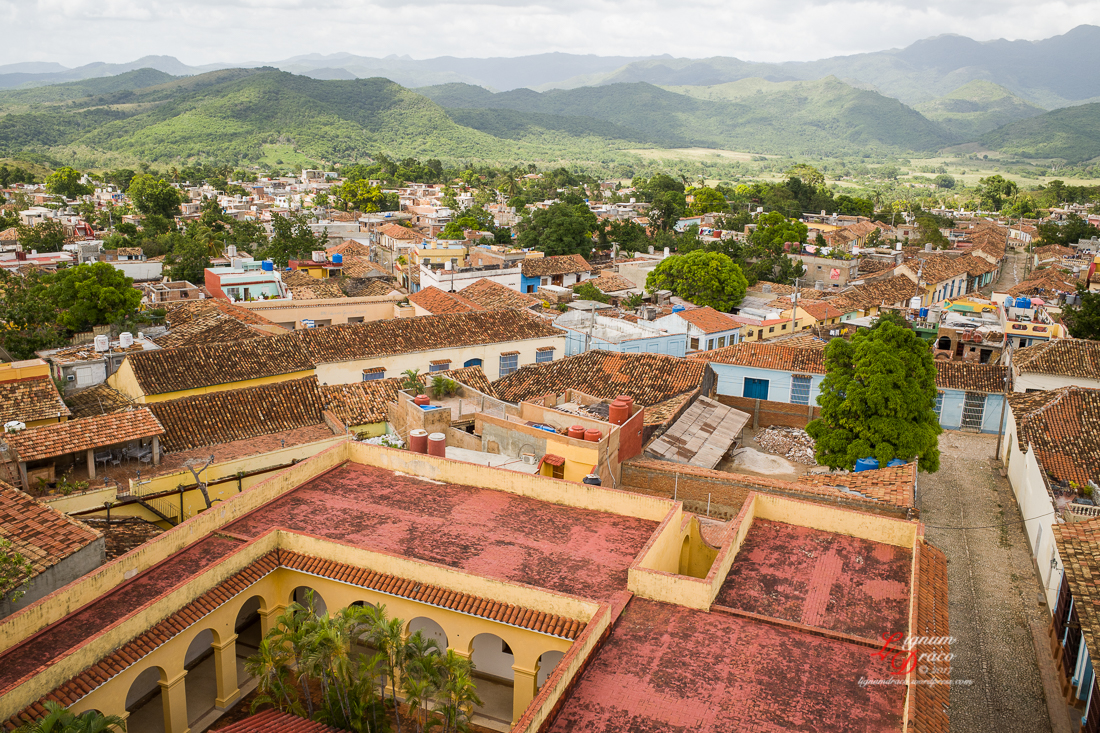 I found a casa with a tower. I paid my $1 entrance fee and ascended the stairs. Only 3 flights up offered magnificent views as most of the buildings in Trinidad are single storey only. Above is the view west. Below is the view south with a glimpse of the Caribbean Sea. 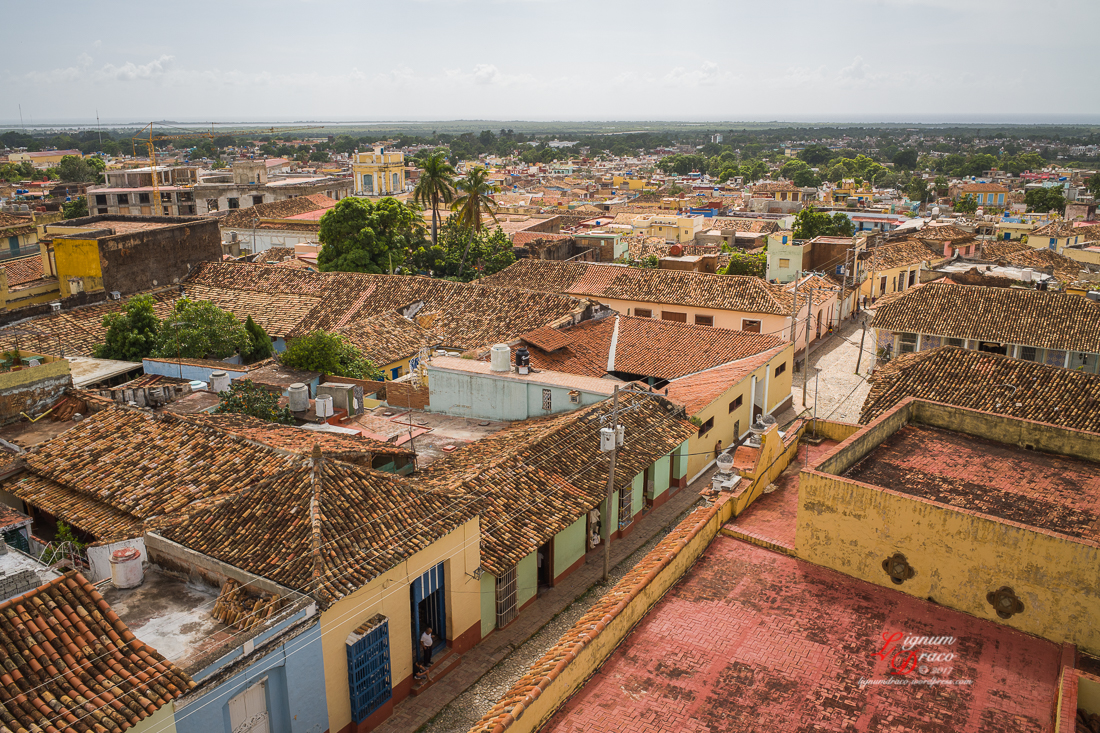 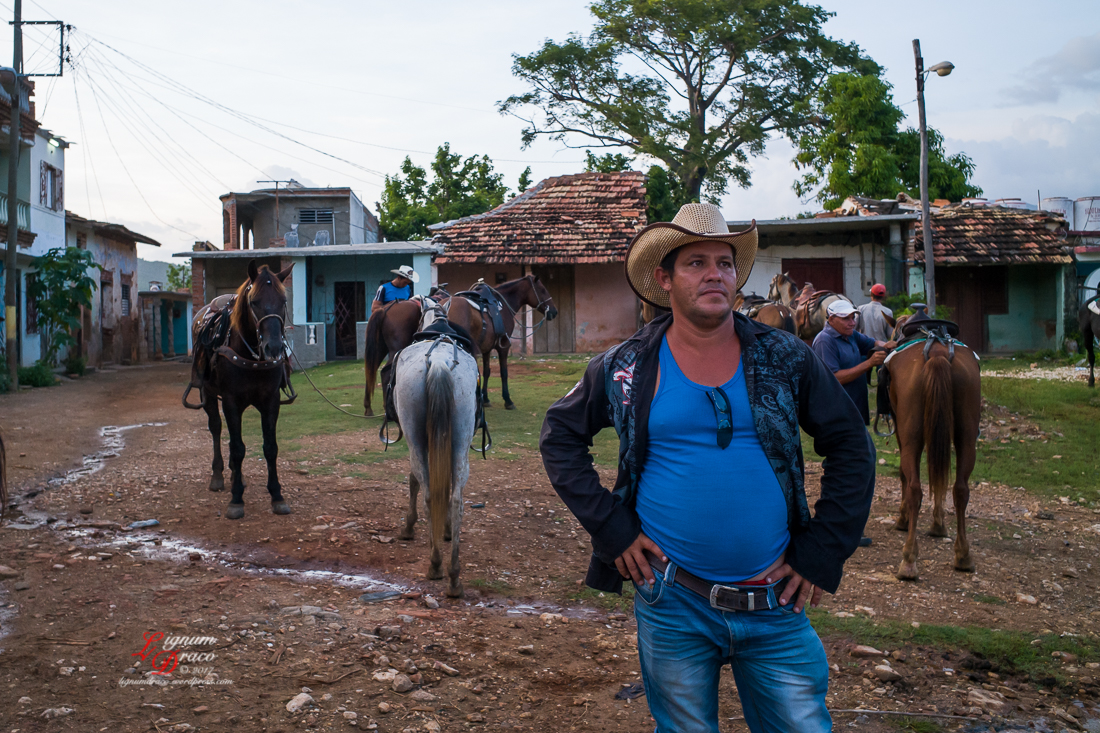 A National Geographic style photo, I think. I was taking a photo of the horses when this cheeky guy just came and stood there in front of my camera, looking off into the distance. After a while he turned his head in profile to me, gazing off into the distance on the left. I got that photo as well. I guess he really wanted to be photographed. I gave him a smile and a thumbs up as I walked away. 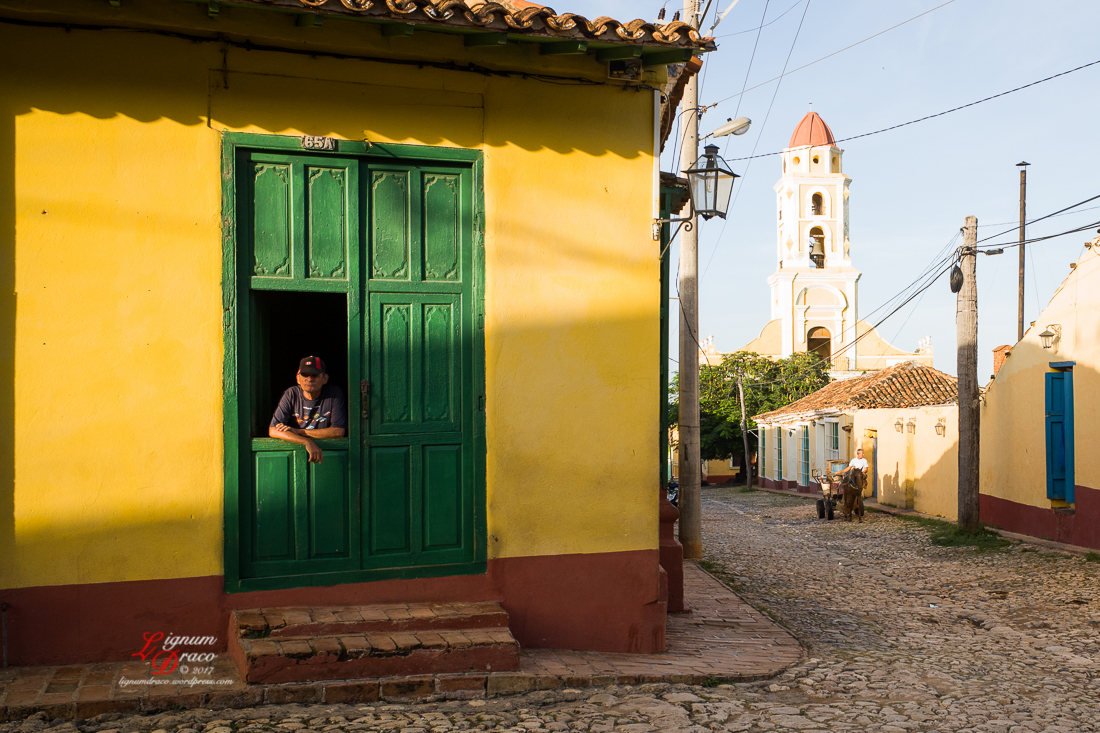 I stood here for a couple of minutes photographing. He stood at his doorway for the entire time, occasionally giving me a look. 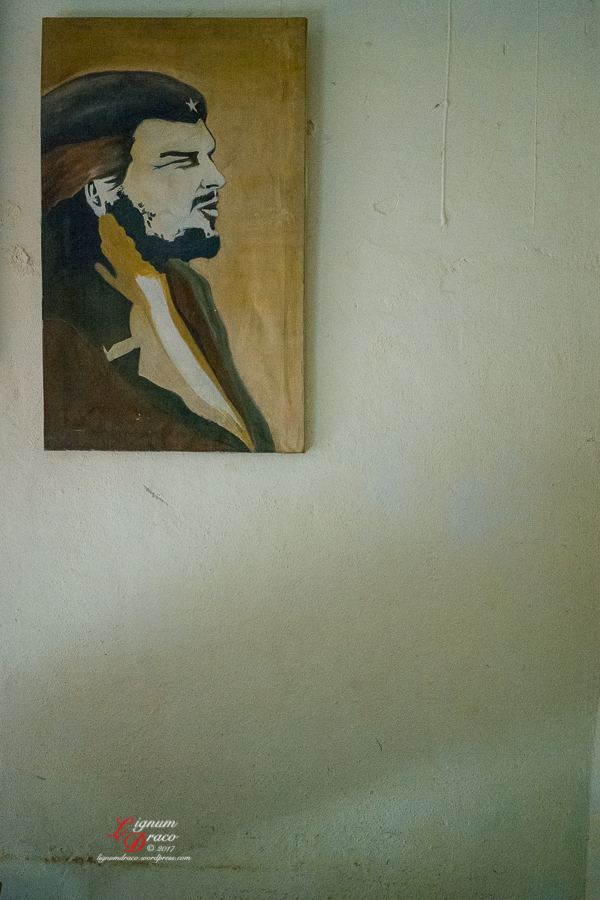 A painting on a wall in the revolutionary school I showed you in Trinidad Tales (1). 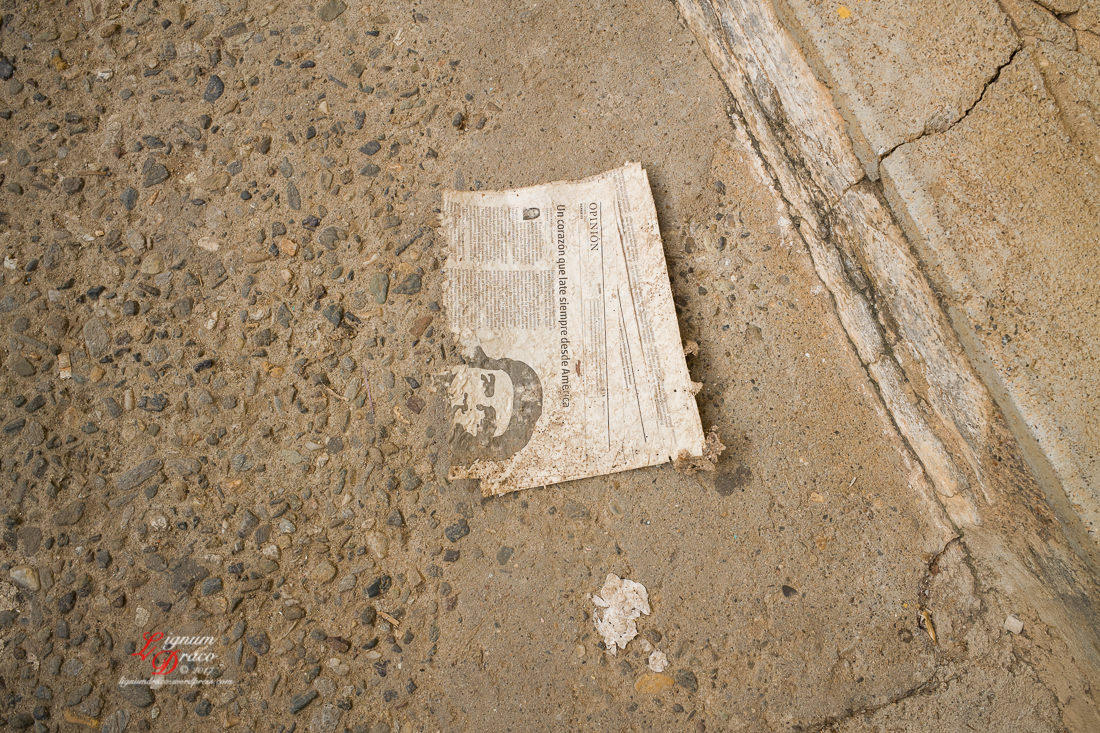 “A heart that always beats from America”

That’s my understanding of the article title from this newspaper clipping I saw on the street.

Heading south from Trinidad for the coast, I passed through the outskirts of a small town named Casilda. 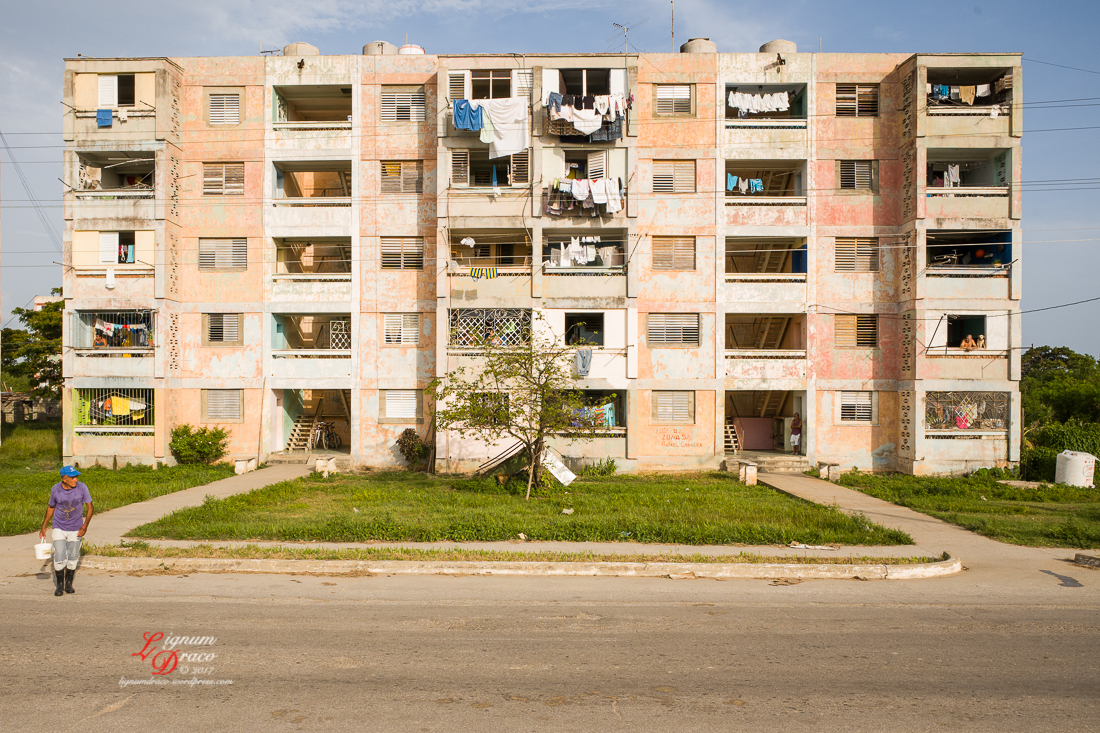 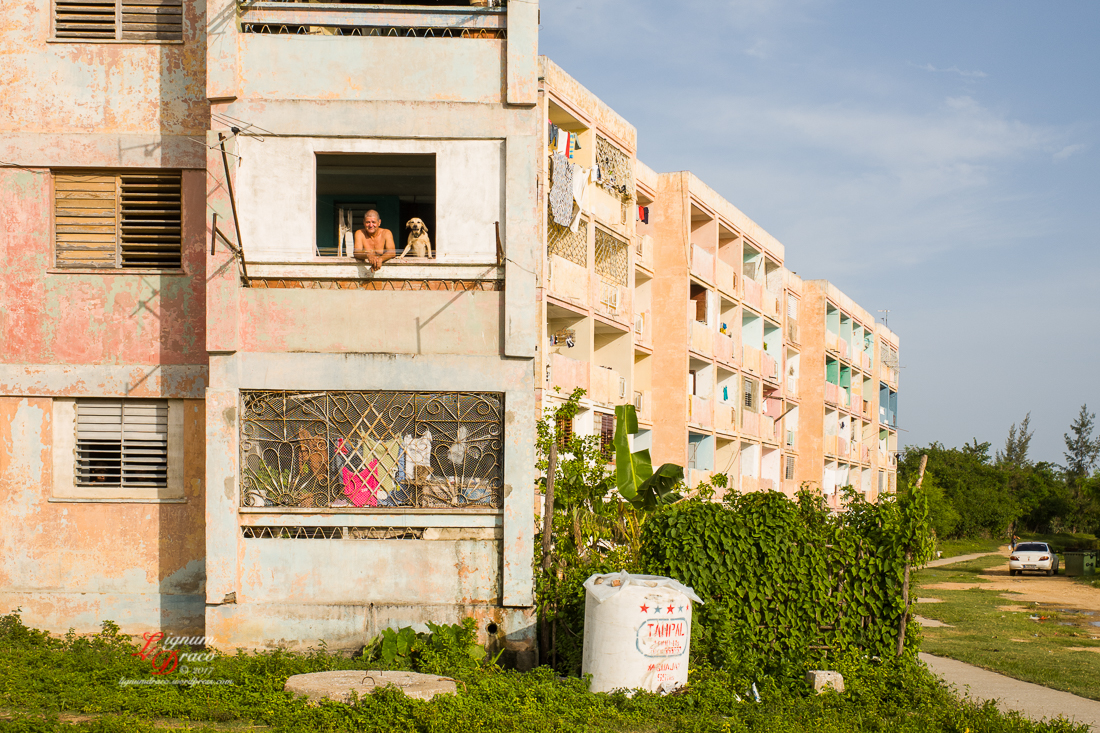 As did this guy and his dog staring right back at me. 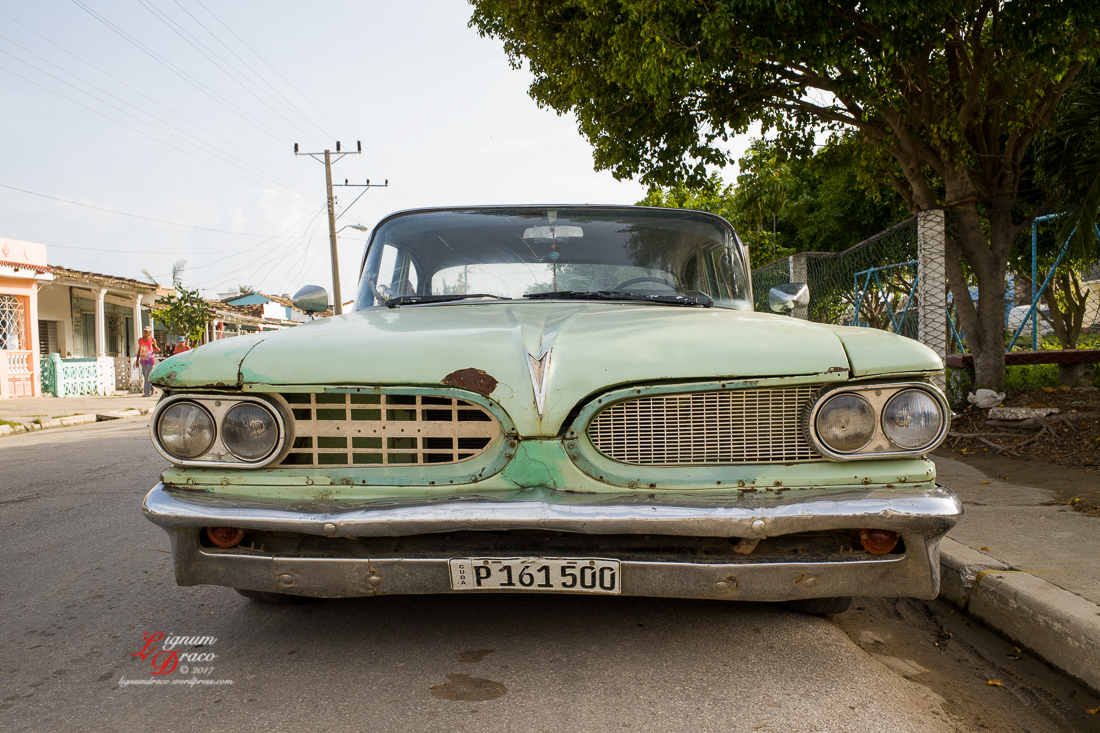 An old car which has seen better days. As you can imagine, spare parts are difficult to find and a lot of improvisation goes in to keep these old cars running. 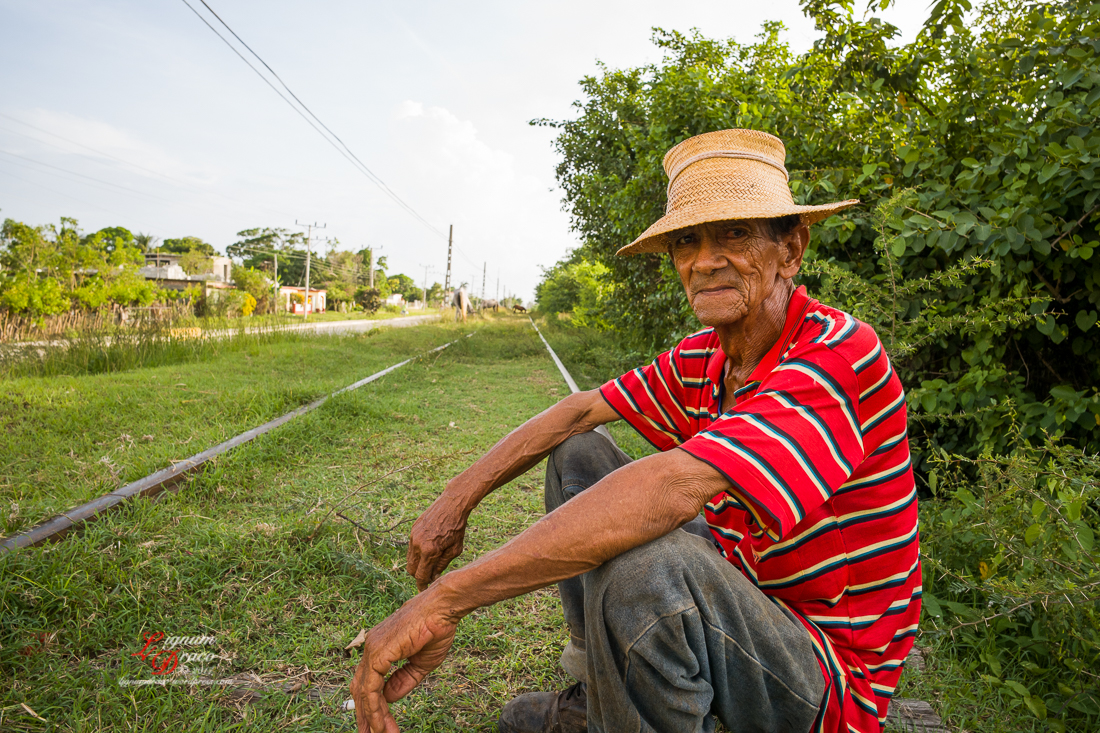 I simply walked up to him and asked to take his photo. He simply looked straight into my camera and didn’t move. 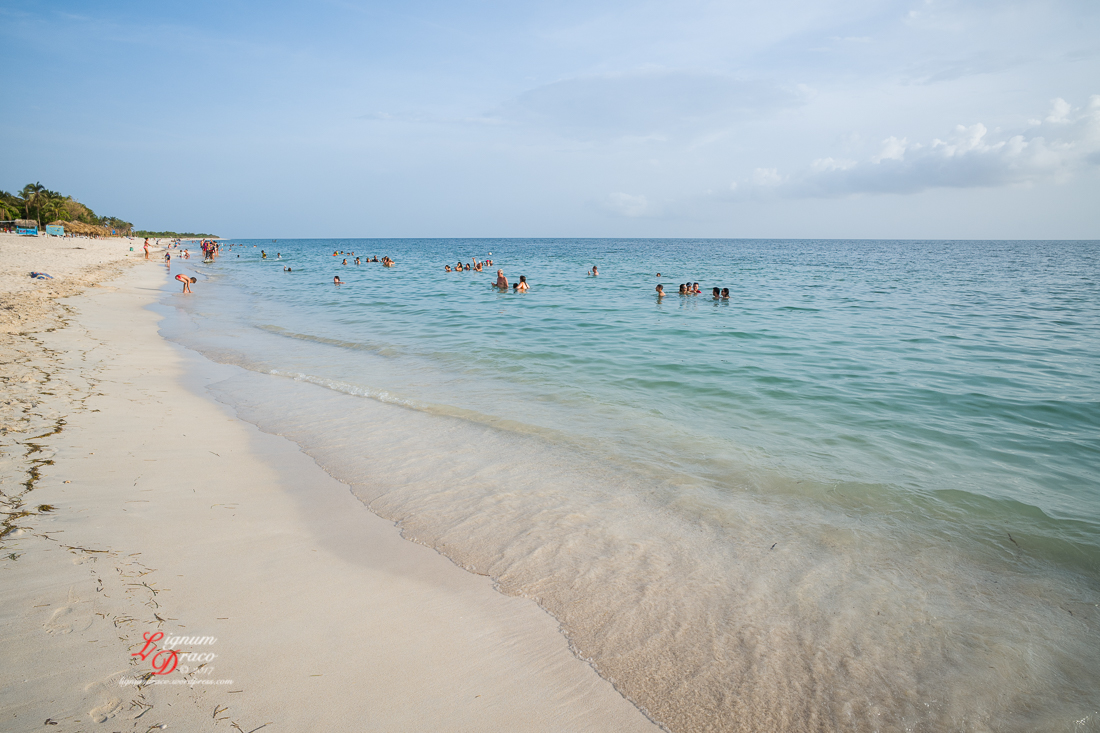 Eventually I made it to the coast and the Playa Ancon region. There I met the serene waters of the Caribbean Sea. Just off to the right of this photo, over the horizon, would have been Montego Bay in Jamaica. Further to the right, the Cayman Islands. 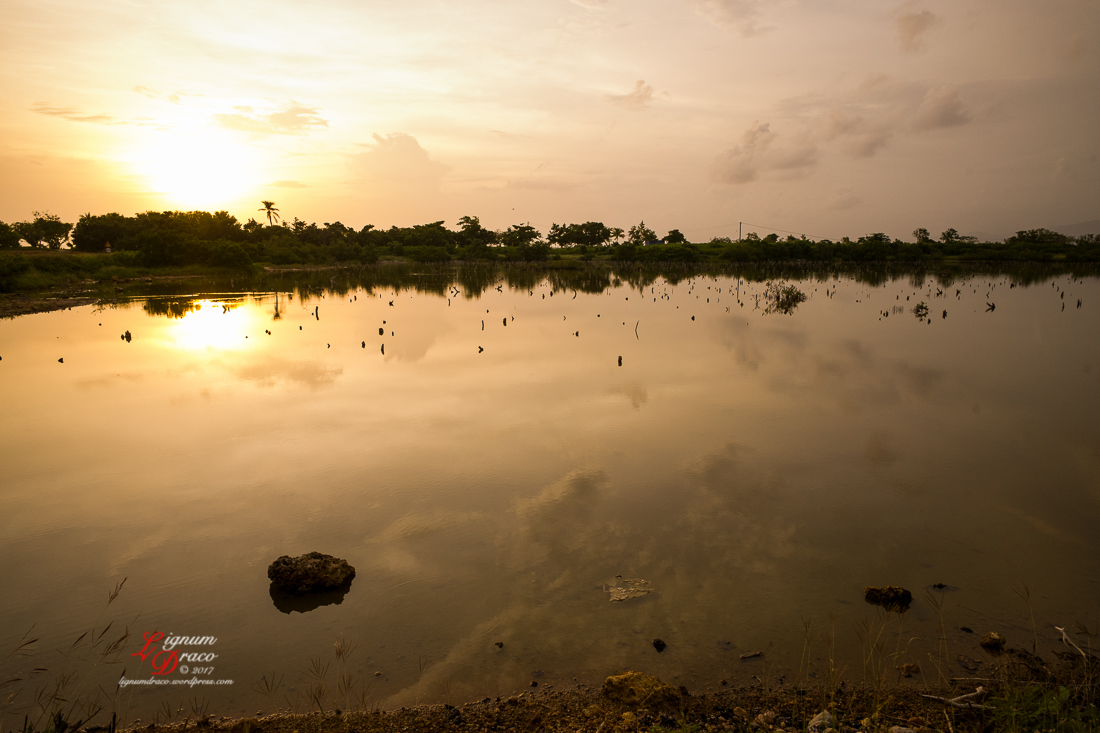 And so the sun set on my time in Trinidad.

It’s now time to move on to other parts of Cuba in the next posts, but that won’t be till next year.

As long term followers will know, I usually stop blogging in December and don’t resume again until February or March. I see this is only my 40th post for this year. I might start up again in mid January next year and space my posts out a bit more.