After a few days in Havana I headed east towards Trinidad. En route I passed through the city of Santa Clara, approximately in the middle of the island of Cuba. It was a good place to stop for lunch. Santa Clara is the capital city of the Cuban province of Villa Clara. It is the fifth largest Cuban city by population.

Vastly different to the atmosphere of Havana, this inland city still has all the iconic features one expects to see in Cuba.

Images of Che Guavara and reminders of the Revolution are everywhere. So are people standing around doing nothing.

This photo was taken at the main plaza. Just beyond the building at the intersection on the right, is where I ate lunch. They do a nice mojito as well. Just in case you wanted to know. 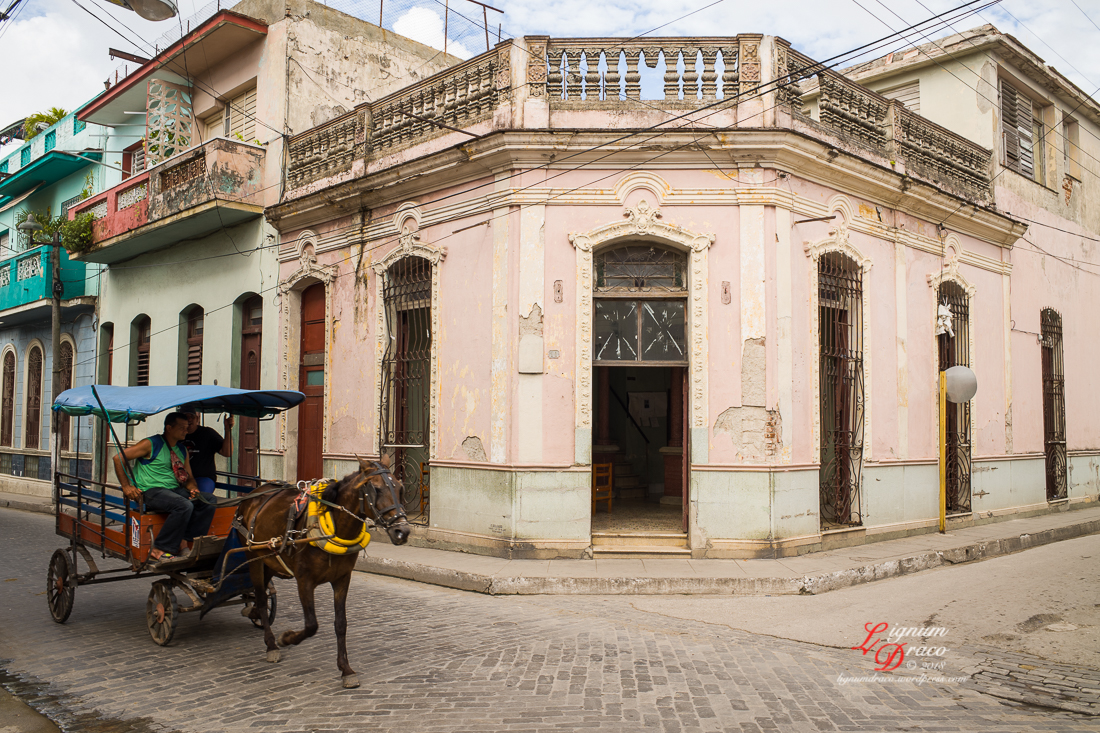 This guy loved hamming it up for my camera. Never a dull moment in Cuba. 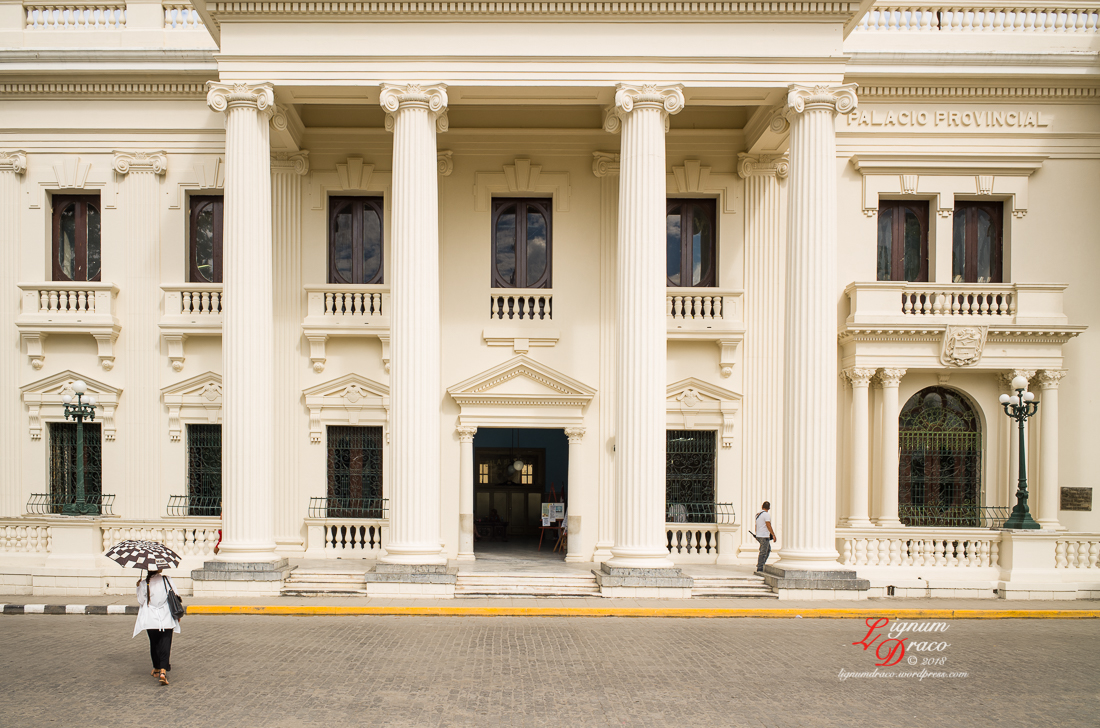 Alright, occasionally there are dull moments. 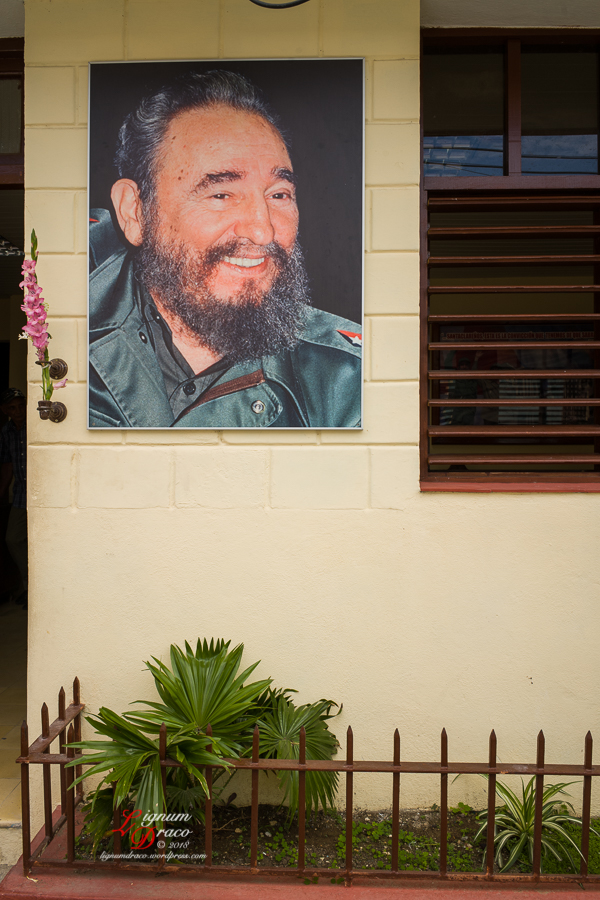 A tribute to Fidel Castro.

Santa Clara was the site of the last battle in the Cuban Revolution in December 1958. There were two guerrilla columns that attacked the city, one led by Che Guevara and the other led by Camilo Cienfuegos. Guevara’s column first captured the garrison at Fomento. Then, Guevara’s soldiers destroyed railroad tracks and derailed a train full of troops and supplies sent by President Batista. On December 31 1958, the combined forces of Guevara and Cienfuegos launched an attack on Santa Clara. The battle was chaotic, the defenders were demoralized, some fought, others surrendered without a shot. By the afternoon, the city was captured.

This victory by Castro’s forces led by Guevara and Cienfuegos is regarded as a decisive moment in the Cuban Revolution. At 3am on January 1 1959, Batista boarded a plane with a few supporters and immediate family members and fled to the Dominican Republic.

Guevara held several positions in the new Cuban government but ultimately gave it away to continue his fight for revolution. He was caught and executed by the CIA in Bolivia in 1967.

Guevara remains both a beloved and a reviled historical figure, polarized in the collective imagination in a multitude of biographies, memoirs, essays, documentaries, songs and films. As a result of his perceived martyrdom, Guevara has evolved into a quintessential icon of various leftist movements. Time Magazine named him one of the 100 most influential people of the 20th century, while an Alberto Korda photograph of him, titled Guerrillero Heroico, has been cited as “the most famous photograph in the world”.

On October 17 1997, Guevara’s remains with those of six of his fellow combatants, previously retrieved from Bolivia, were laid to rest with military honours in a specially built mausoleum in Santa Clara. 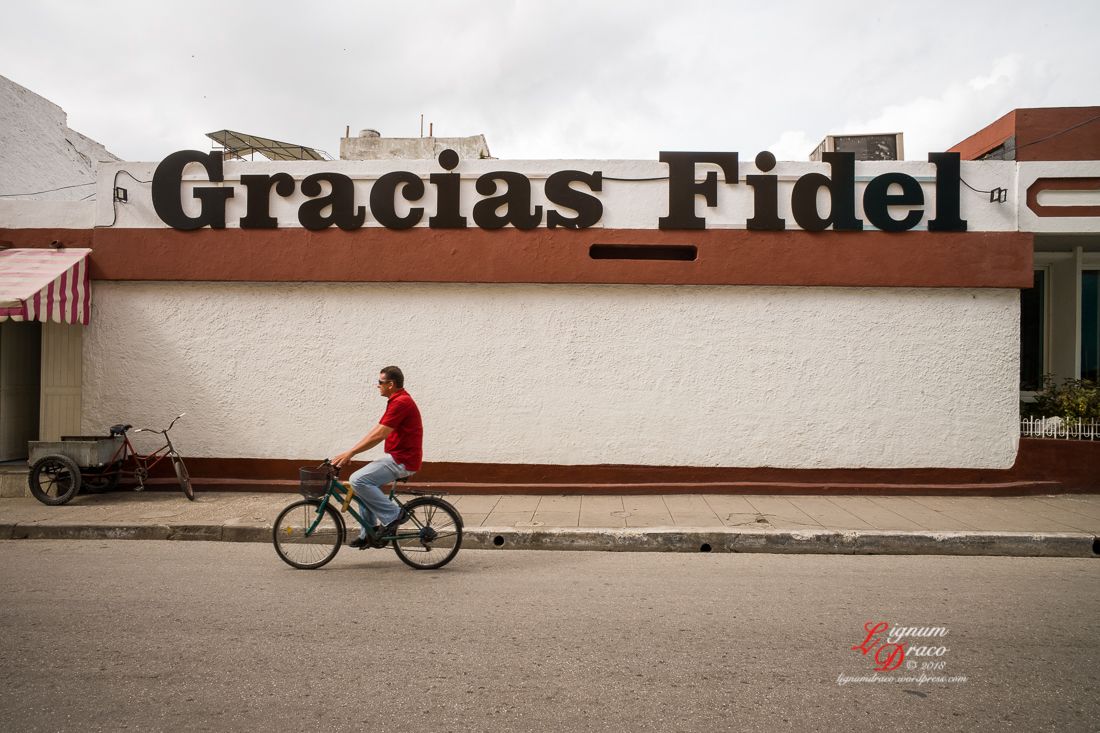 Cuba is what it is today in large part due to the actions of and reactions to Fidel Castro and the Revolution. Purely from the point of view of a photographer indulging in my beloved form of street photography, I have to agree with the sentiment.