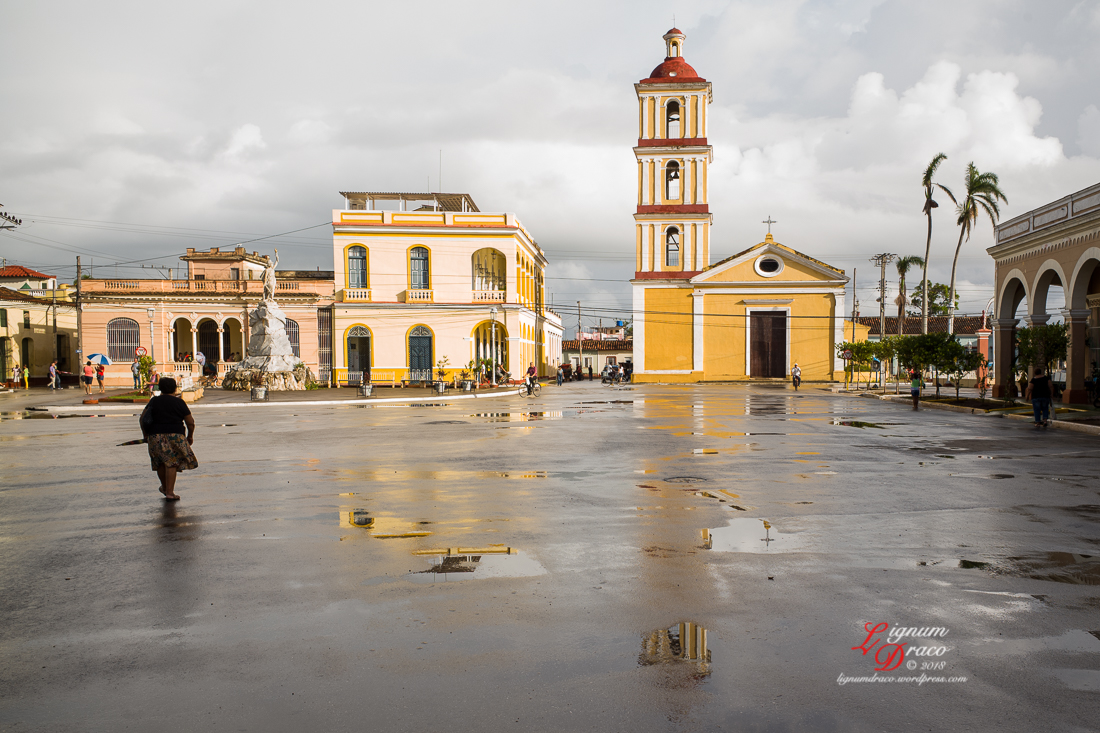 After leaving Santa Clara I headed to the town/city of Remedios for an overnight stay. Remedios, also known as San Juan de los Remedios, is about 5km from the northern coast of Cuba, in the centre of the island. It is the oldest Spanish settlement in the former Las Villas province and recognised as the 8th oldest city in Cuba.

A rooftop view from my hotel, and I literally mean rooftop. The hotel has 2 levels and walking up the stairs I saw some workmen exiting a small door at the very top of the stairwell. There were no signs so out of curiosity I just followed them and found myself standing on the actual rooftop of the hotel. I took my camera out and started photographing. The workmen just looked at me for a moment and then ignored me.

Remedios with an estimated population of less than 50,000 people has all the typical features found throughout Cuba… 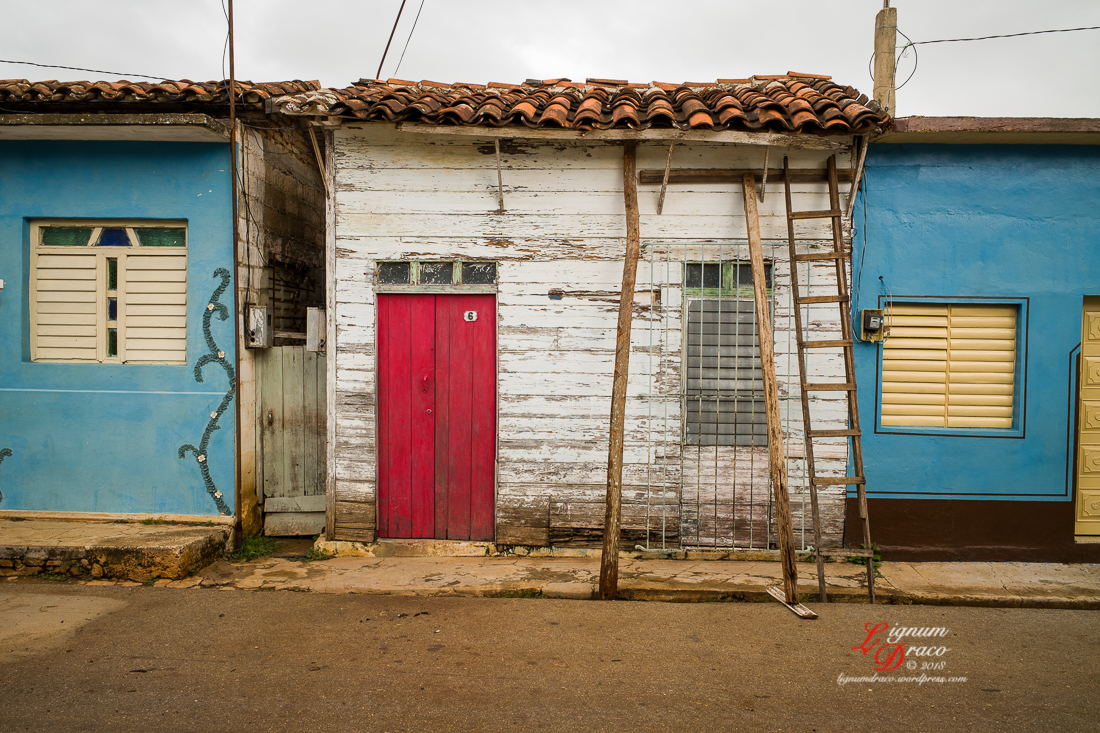 I remember I walked into a small souvenir shop and was told by the owner, “Primero Australian aqui”; first Australian here. For 2017, that was a feel good and out of this world kind of moment. 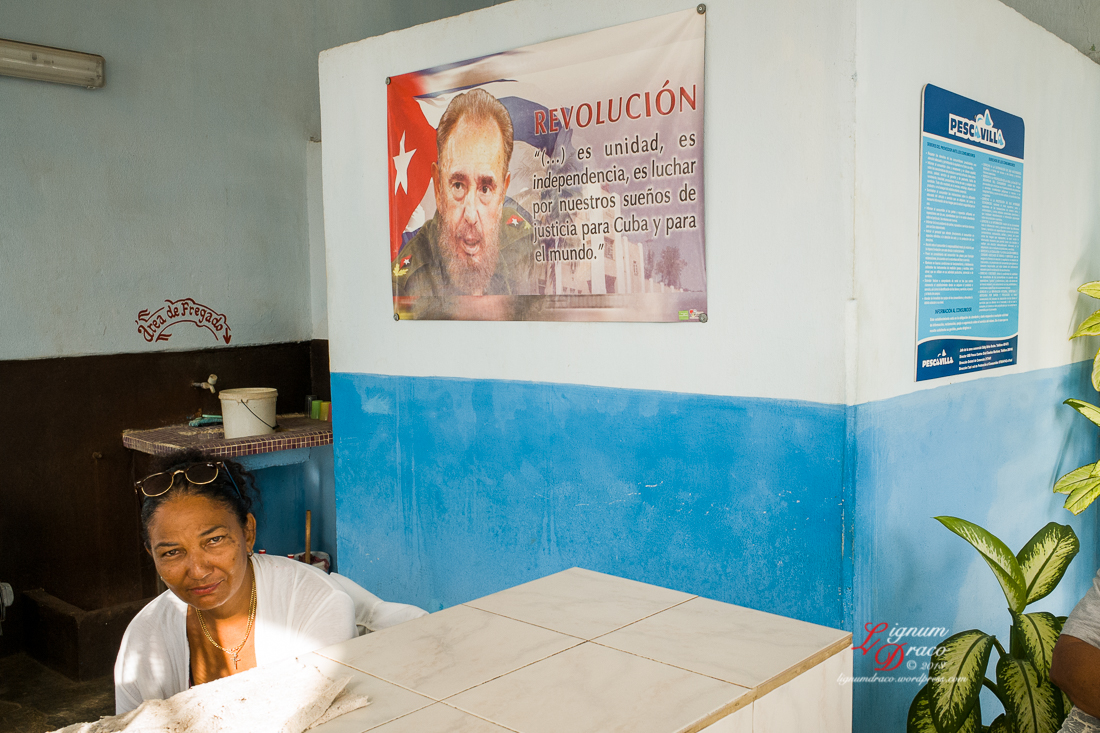 Reminders of the Revolution.

Dogs (and cats) lying around.

But what I will always remember as the highlight of my time in Remedios, is the overwhelming genuine friendliness of the people I encountered. I’ll let the photos tell the story: 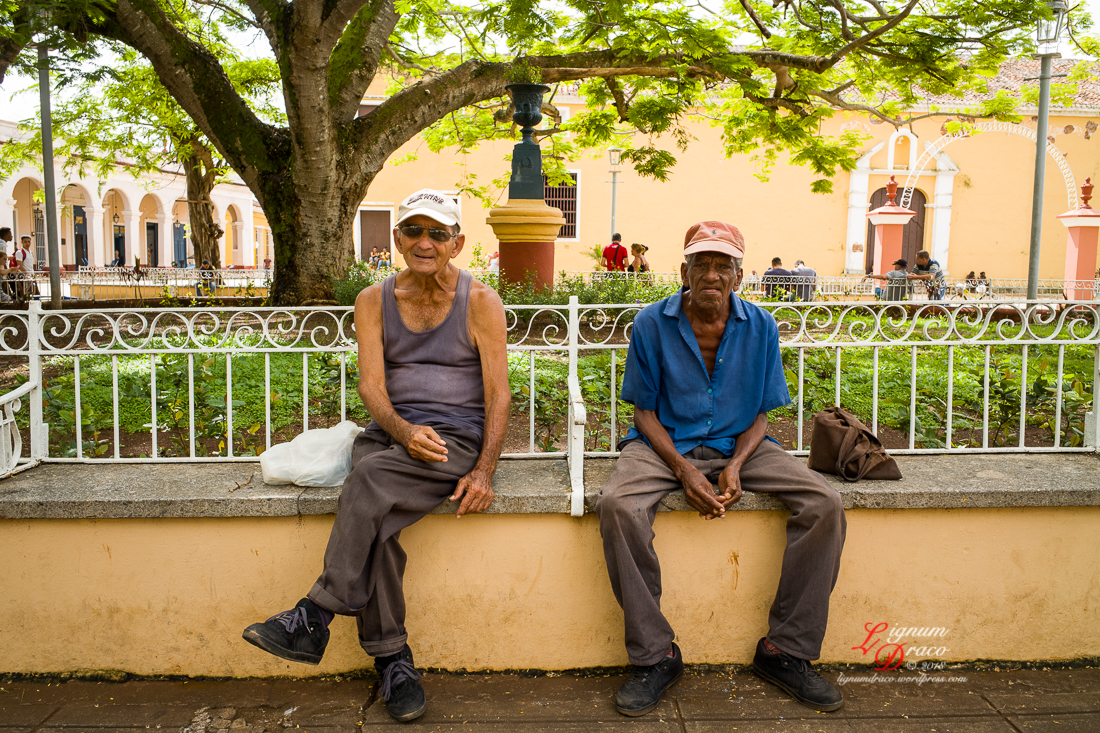 He waved and smiled as he approached then he kept his hand up and open. We high 5’d as we passed each other. In that moment his smile transferred to me. Remedios therapy in action.

A pregnant woman sitting on a chair under an umbrella for no reason. That’s Remedios.

I saw this guy through his window then “accidentally” walked into his house and casually asked if he sold wifi cards. After the expected “No” I then asked if I could take his photo. That wasn’t too obvious, was it?

After the photo, I asked for a tune… and got one.

The Rastafarian. What you don’t appreciate in this photo is his 2 friends behind me laughing and cajoling him. 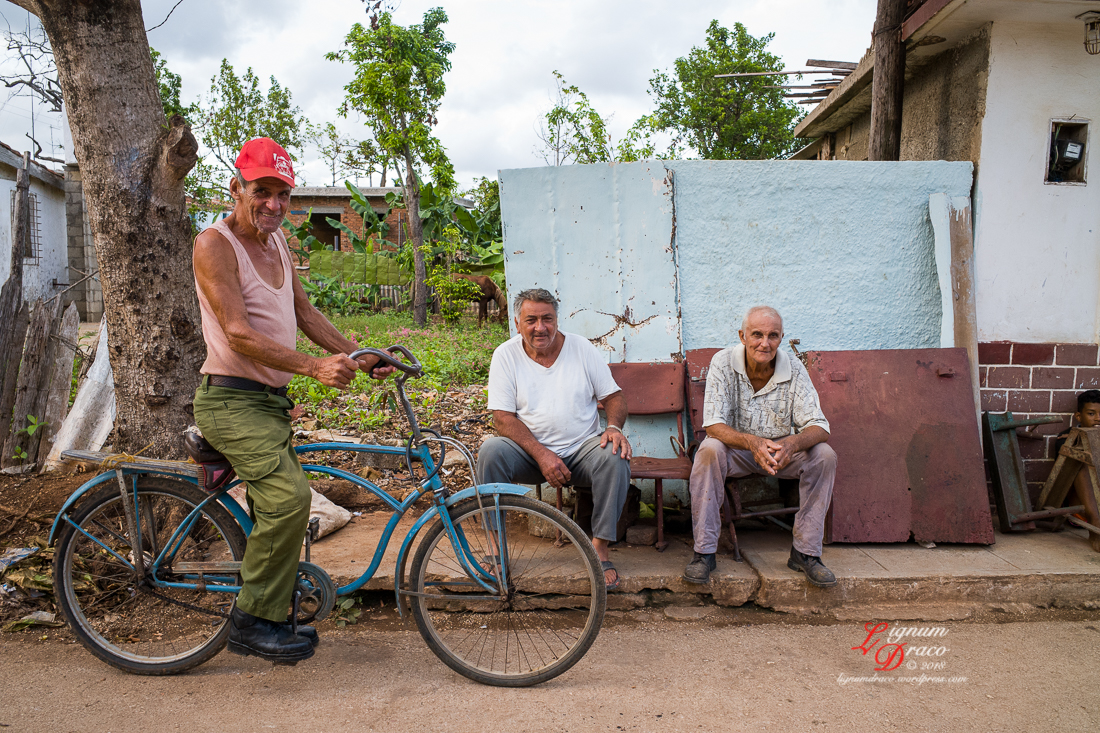 I was chatting to this woman through the open door of her house. She invited me in and I sat down on the rocking chair next to her for a while (and yes, a photo of me in that chair exists 🙂 ). The only thing was that she wasn’t the owner of the house. This timid woman was… 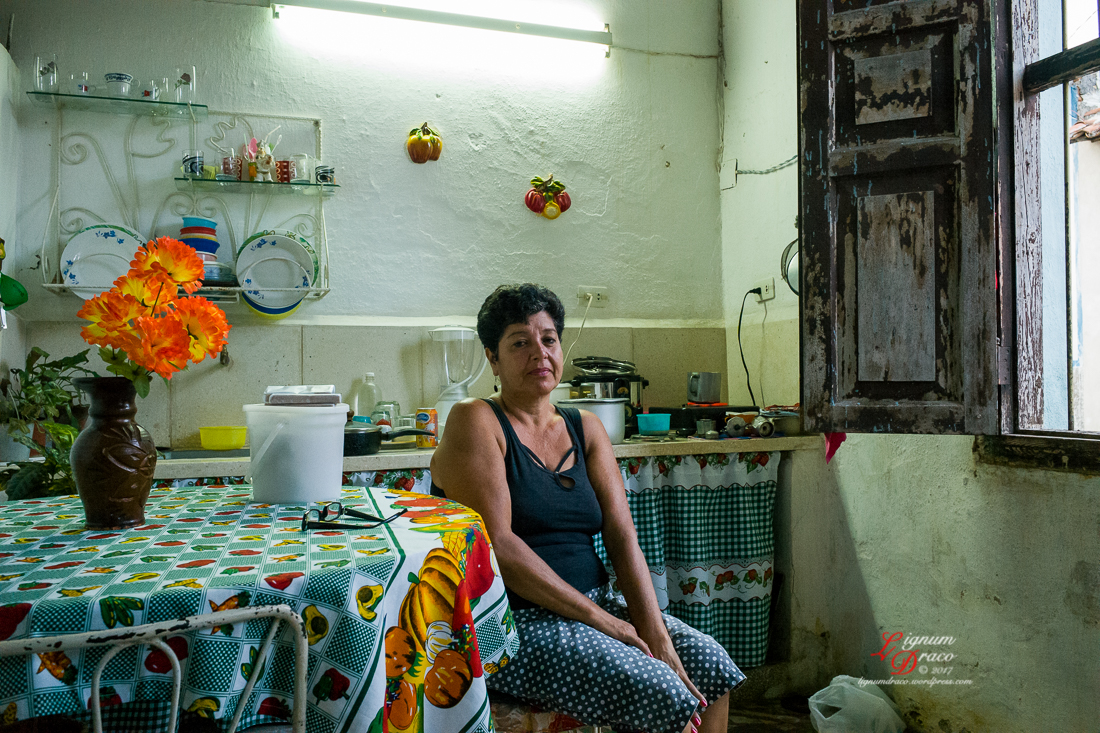 They were both teachers at the local school.

I saw the guy cleaning at the front of his doorway. I went to the other side of the road and as I got closer, I could see this old picture of Che Guevara on his wall. I casually asked if I could take photos of the pictures inside his house. He graciously invited me inside and let me take photos.

He even posed for me. Then he signalled me to wait a moment. He went to another room and came back to show me his camera. 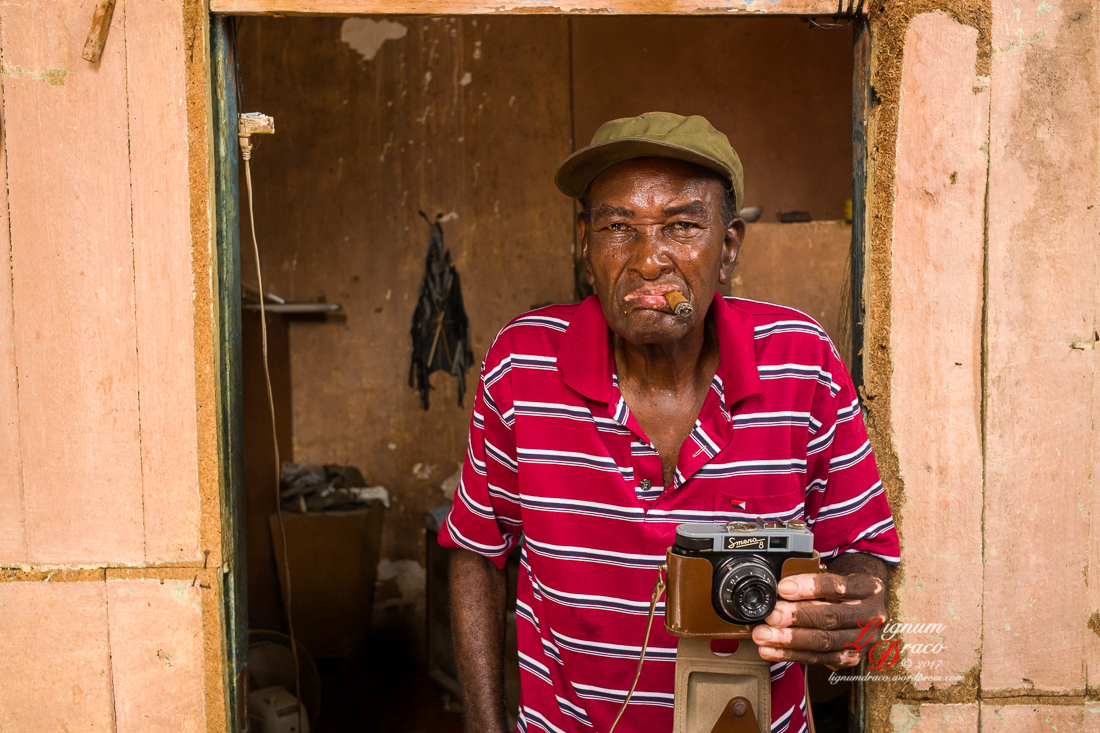 By the way, he couldn’t speak a word of English. It’s amazing how well you can communicate with a little broken Spanish and hand gestures.

Remedios was a highlight of my visit to Cuba because of its people and the open friendliness I experienced. Like food for the soul, I appreciated every out of this world moment in this special town. I hope I have the chance to return one day.