I grew up in Australia in a time before American culture was pervasive and something the youth willingly emulated. Accordingly, I never heard of or experienced Halloween while growing up. 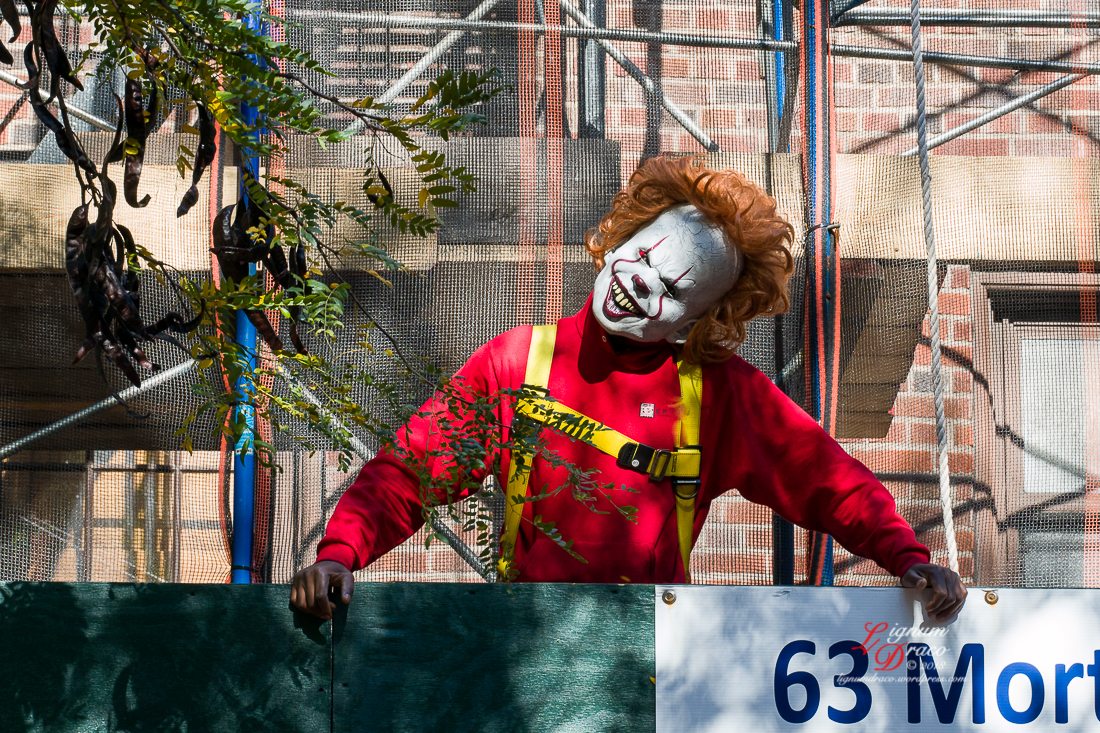 I gave “Pennywise the clown” a quick smile back and a wave. Then I got out of there hoping not to see him again. 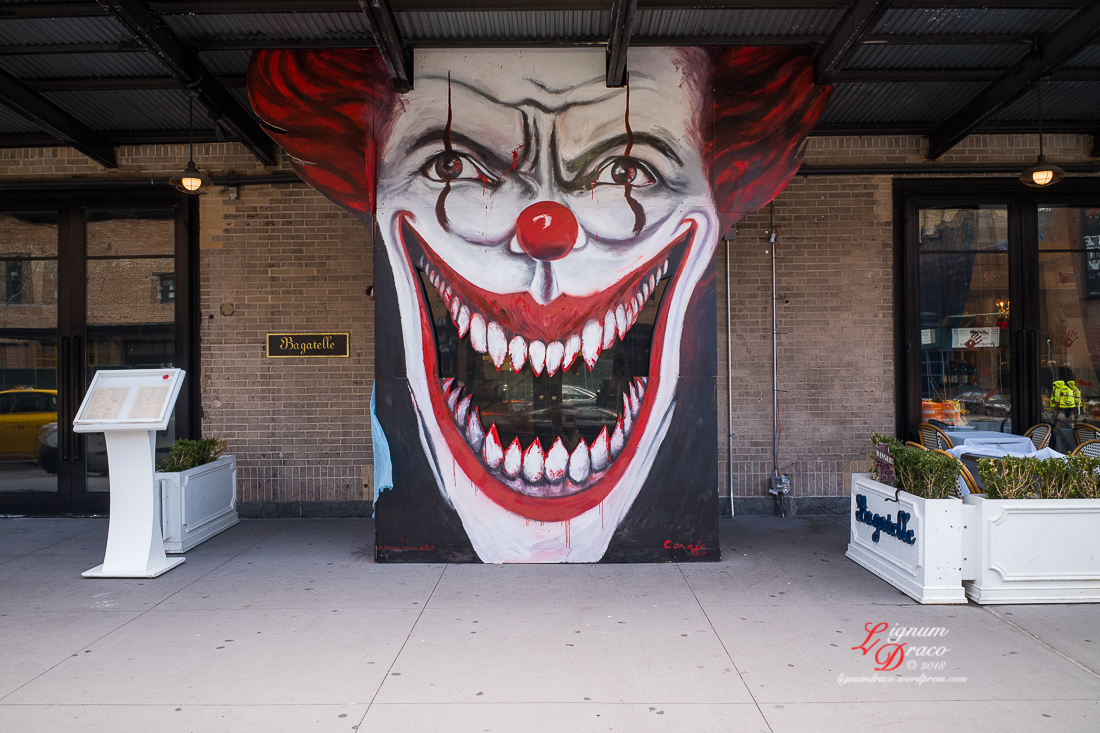 Obviously, that was wishful thinking.

To be honest, I don’t understand what Halloween is about. I don’t particularly know what is being celebrated or what trick or treat is all about.

However, since I was in New York City on the actual Halloween Day, and the world’s most famous Halloween Parade was happening in Greenwich Village that evening, I decided to head out to the Village and experience it.

So I set out from my hotel on E 54th Street, walked through Times Square and then visited that well-known photography shop, B&H. From there I headed to the start of the High Line, then strolled the High line to the end in Greenwich Village. 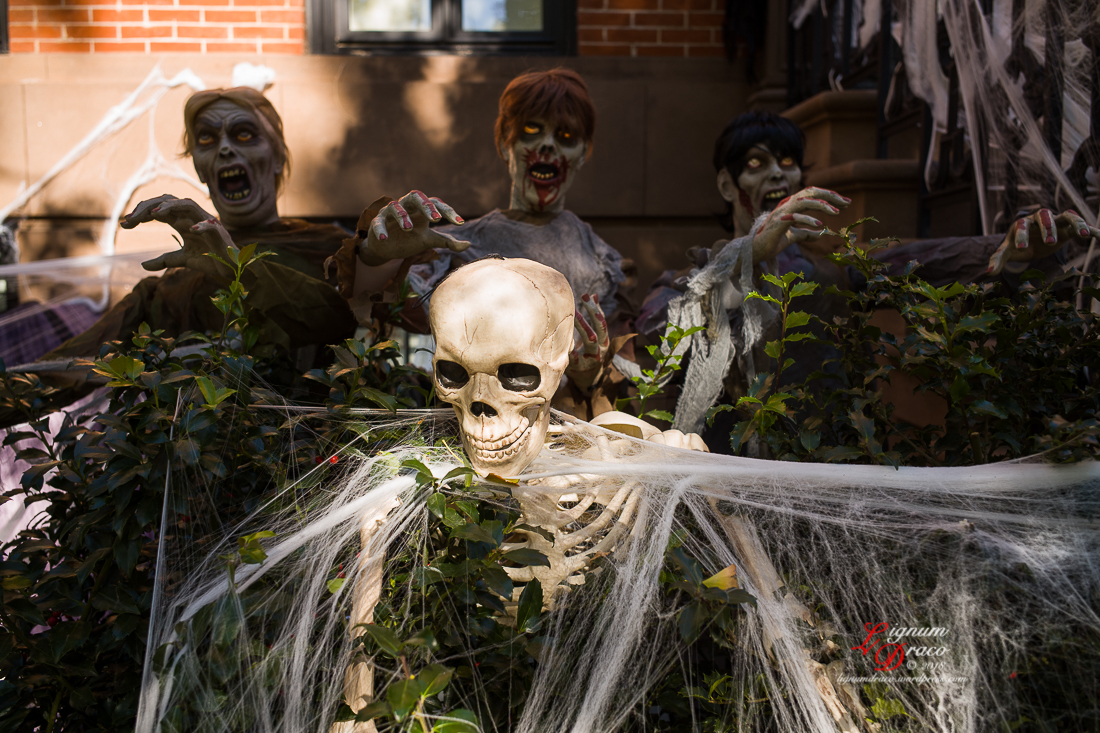 I spent the entire day in Greenwich Village and SoHo, doing some sightseeing, street photography, and indulging in the delights of the famous bakeries in that area. I partook in that New York City tradition, the $1 pizza slice – yes, I even folded the pizza like I was supposed to.

As the day progressed, I saw more and more people in costume, congregating for the start of the Halloween Day Parade.

For the parade there was an incredible police turnout. An intricate network of roadblocks and detours was set up all throughout the area. 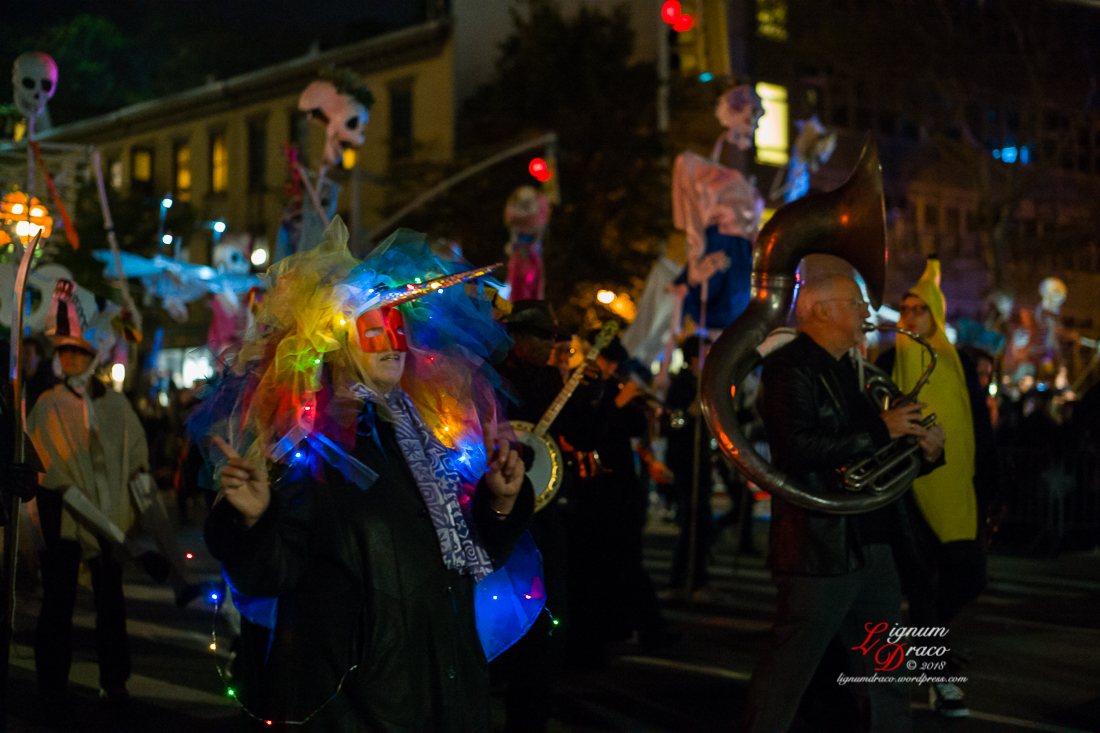 I was fortunate enough to secure a frontline spot along the fence for the actual parade. By the time the parade was in full swing, there must have been a crowd at least 8 rows deep behind me. 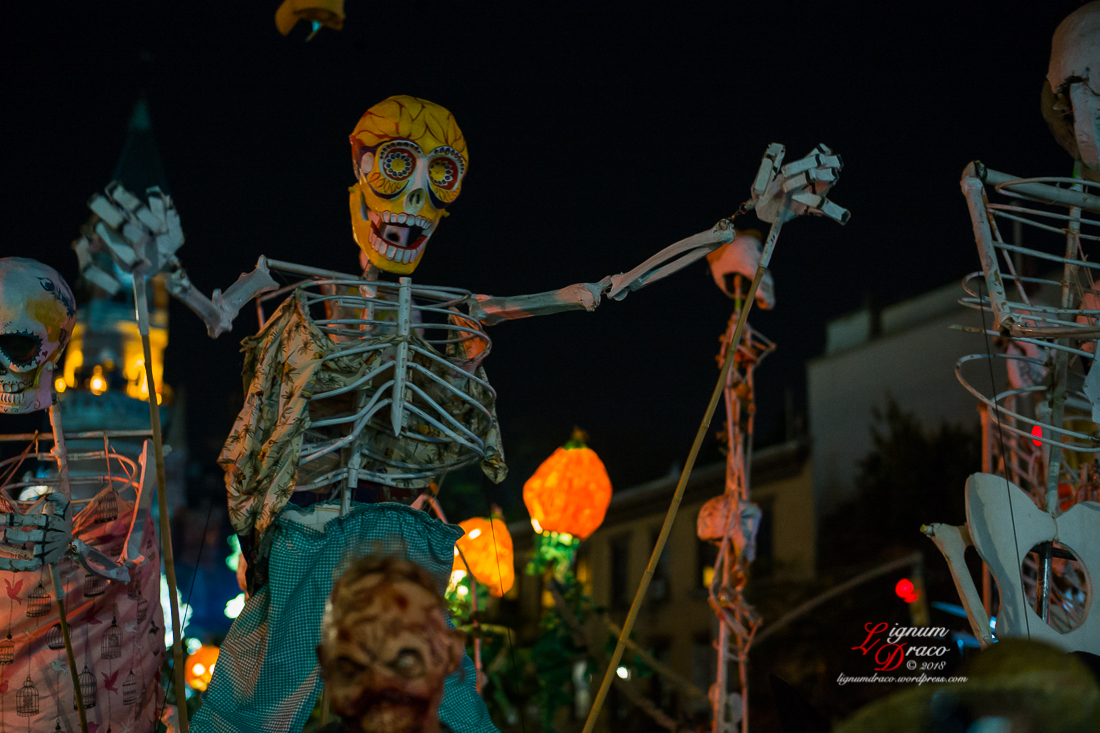 It was a great experience. I took a few photos but was more interested in just enjoying the party atmosphere. 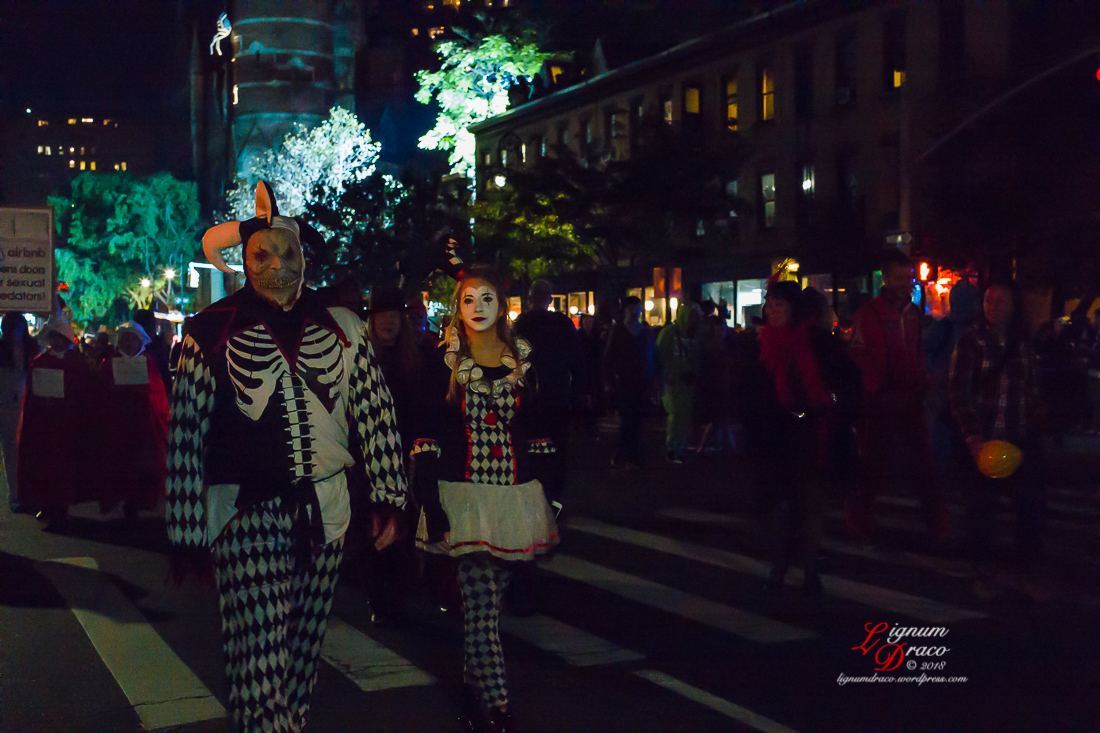 Lots of noise, music, cheering and frivolity. One of the biggest cheers from the crowd went out as the “poop” cleaners following the mounted police horses passed by. Sorry no photo of them.

I was intently watching a large group of Brazilian women each dressed as Wonder Woman dancing as they passed my spot. When I turned back around this clown was right in front of me…

Sorry, I didn’t have the manual camera focus accurately set in time. Not a great photo, but it completes the story. 🙂

Such was my nightmare in the Village. I still don’t know what Halloween is about but I had a great time. In fact, I didn’t get back to my hotel until about 1am. Me, wandering along 5th Avenue and Midtown after midnight. Yes, that’s life in the city that never sleeps.

Of course the real nightmare had happened earlier in the day. There had been a terrorist attack on the West Side near the Parade Route only a few hours before the parade was due to commence. Eight people were killed in that attack. They’d considered cancelling the parade apparently, but instead let it proceed with increased security.

88 thoughts on “Nightmare in the Village”