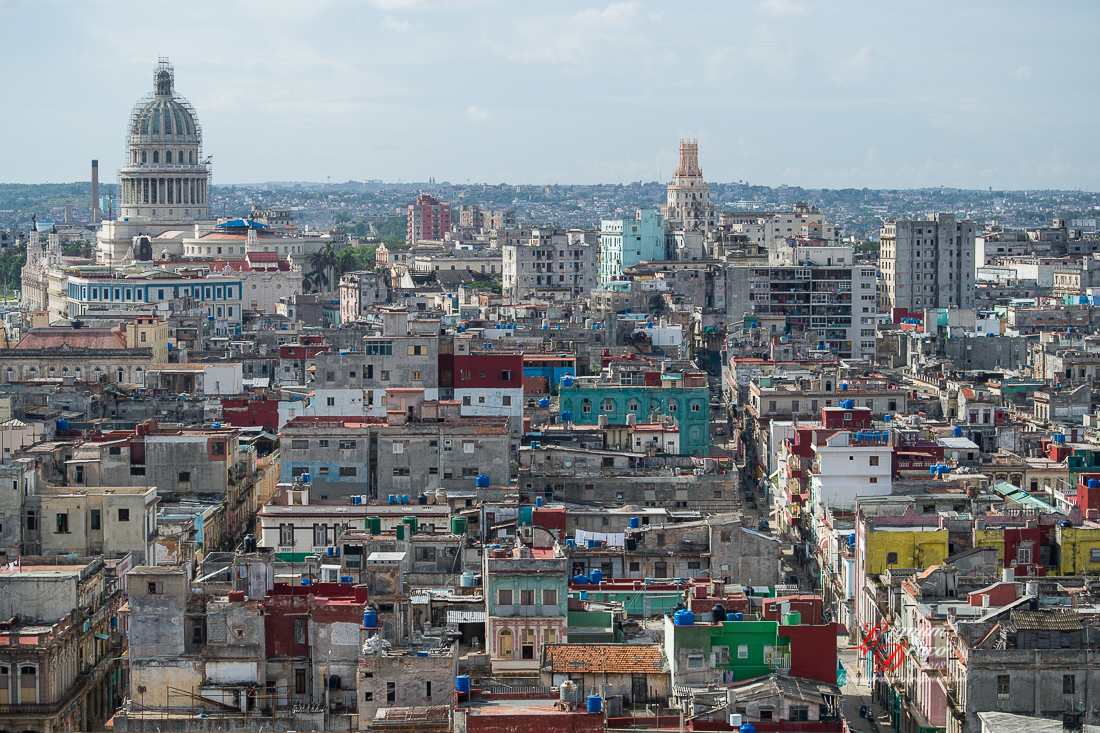 When possible, I like to take photos from a high vantage point. Previously, I’ve flown in a helicopter with the doors removed over Uluru in Australia, and also over The Remarkables in Queenstown New Zealand but with the doors on. I’ve photographed from the Top of the Rock in NYC. I had wanted to do a doorless helicopter photography flight over NYC but decided against it as there is now a no fly zone over Manhattan because of Trump tower. I did intend to take a helicopter flight over San Francisco but cancelled that when there was a forced change in my schedule.

If you were to fly over Cuba on google maps, you will see the satellite view is blurred. GPS devices are banned and drones are illegal in Cuba, and will be confiscated if you take one into Cuba. A helicopter ride was clearly impossible. So the only other option was to find some high vantage points.

These photos were taken from a private apartment in a building along El Malecon. Not the typical place for a tourist from Australia to get access to.

One can really appreciate the prolific extent of the decay in Havana from this height. 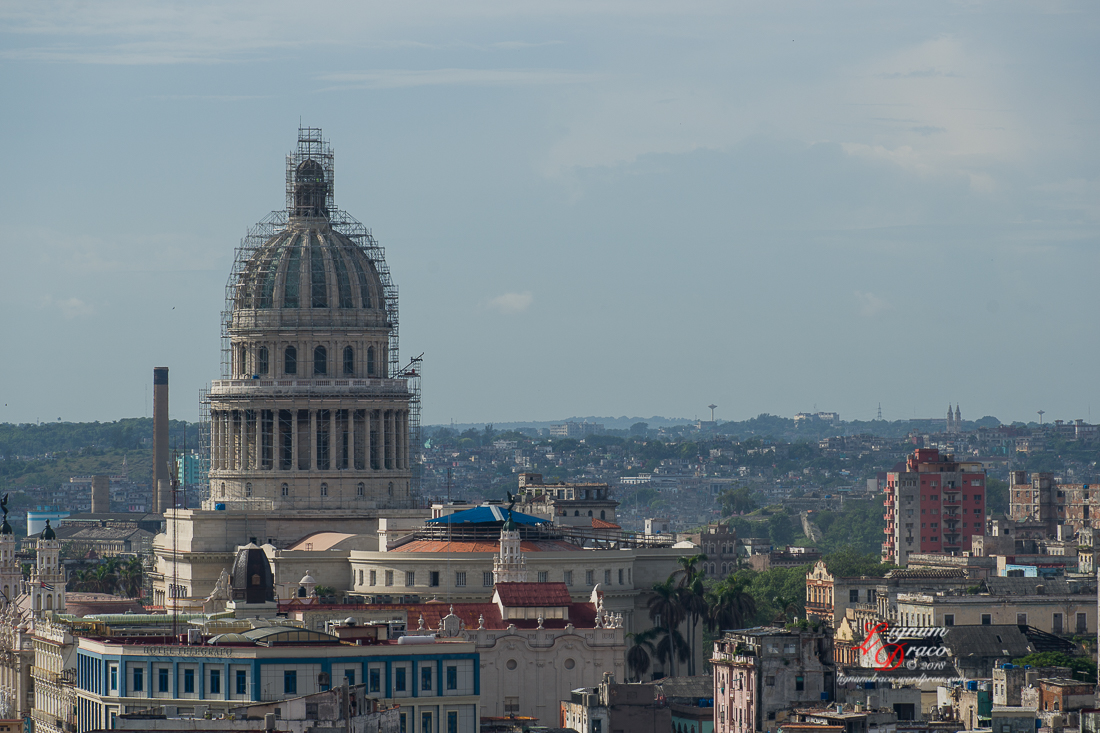 El Capitolio, or the National Capitol Building in Havana, Cuba, was the organization of government in Cuba until after the Cuban Revolution in 1959, and is now home to the Cuban Academy of Sciences. El Capitolio has a size of 681 by 300 ft. Its design is compared to that of the United States Capitol, but is not a replica of it. It was completed in 1929. 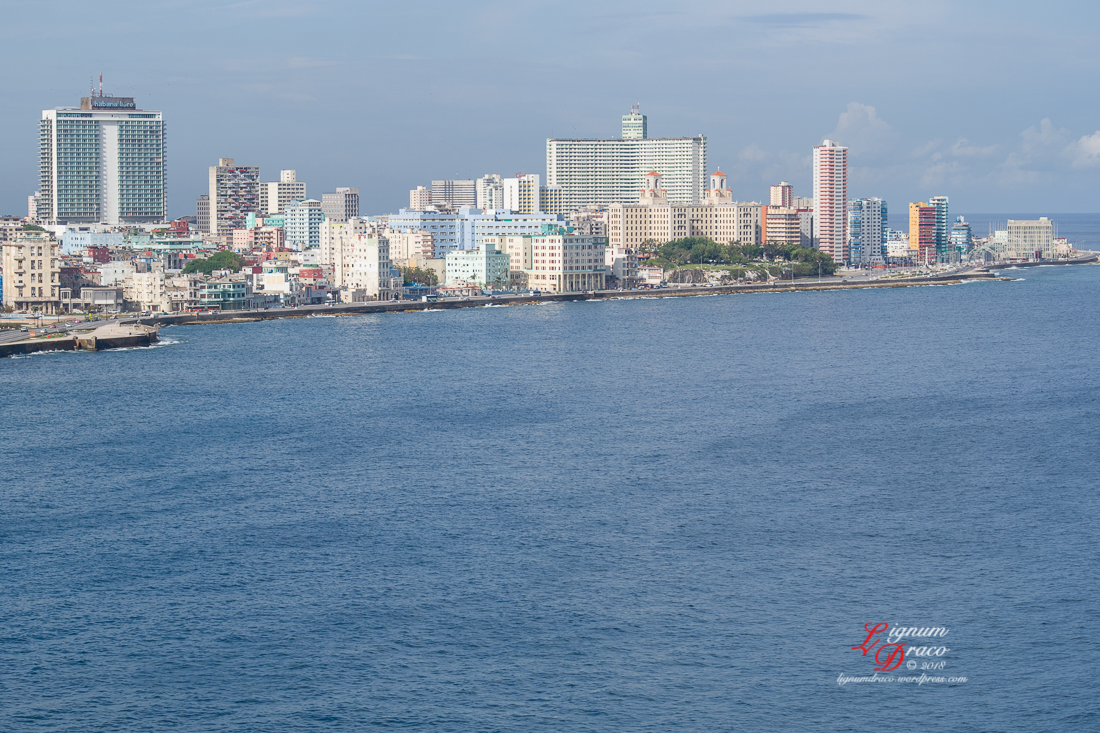 That’s Habana Libre on the left. To the right you can see parkland in front of the Hotel Nacional de Cuba. And behind the Nacional is Edificio FOCSA.

One warm evening in October, I visited the Habana Libre, to have dinner, on the 25th floor as I recall. Of course, I took my tripod… 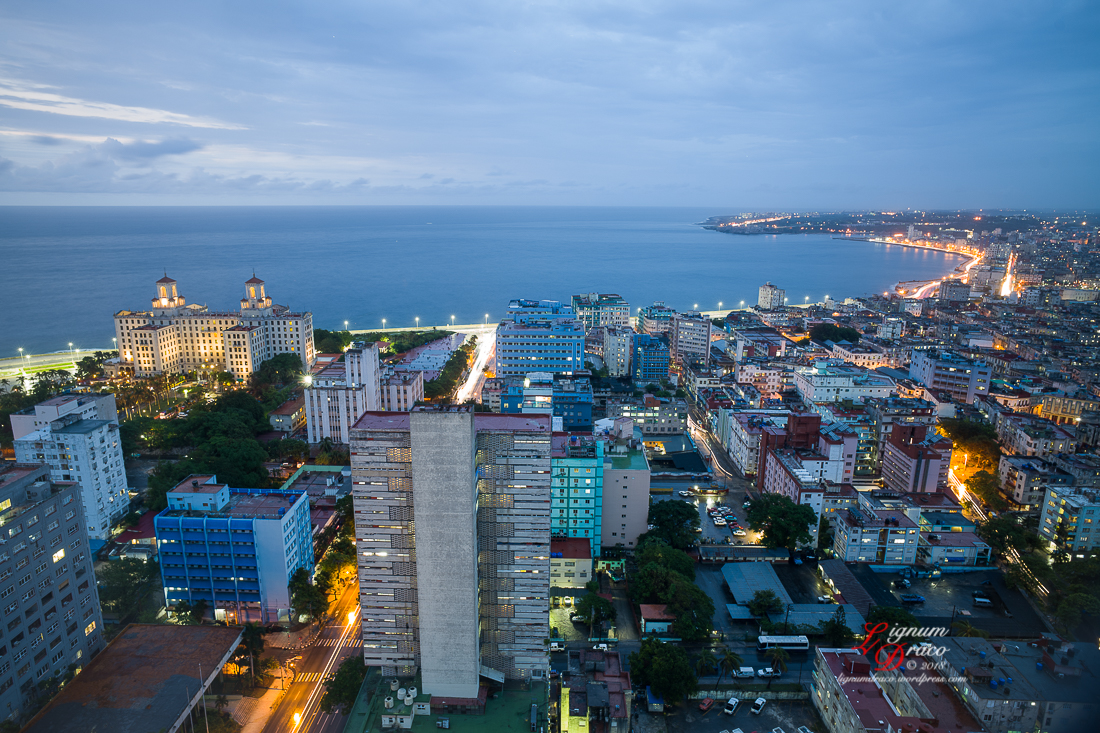 That’s Hotel Nacional de Cuba on the left. And the bright lights on the far right are along El Malecon. Florida is north of us, approximately 300km in the distance.

Another evening I visited the rooftop of the Parque Central Hotel to get some sunset photos. 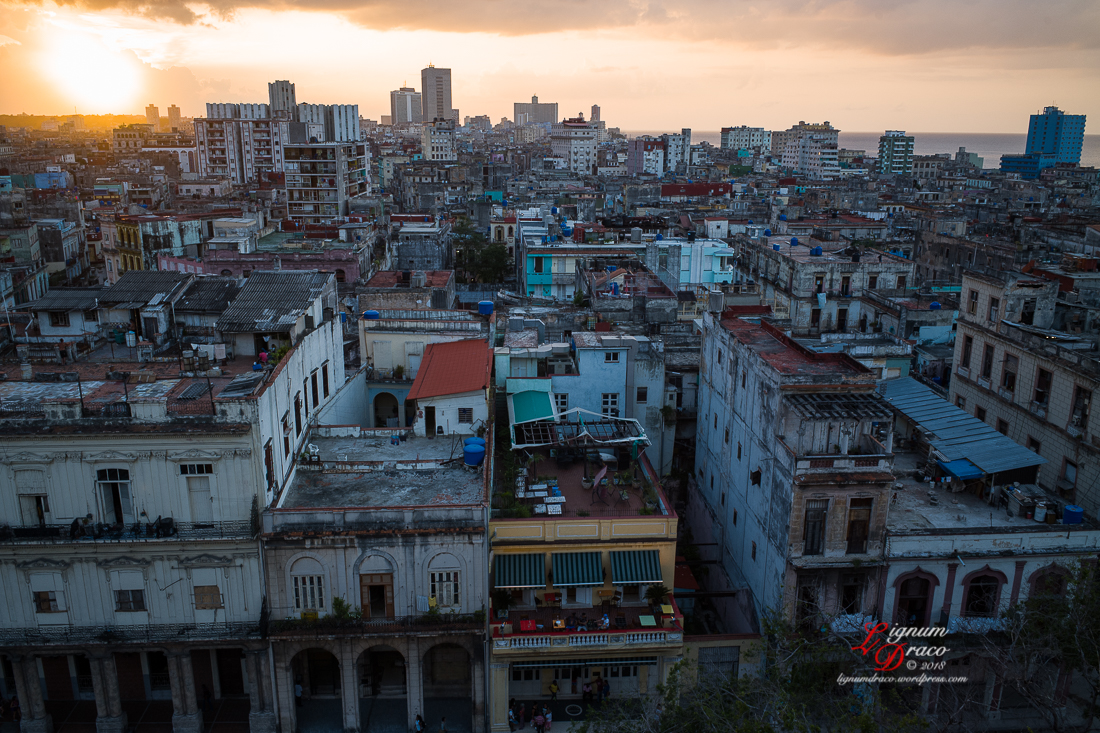 This is part 14 of my rather prolific Cuba photography series. Well, I do have more than 4000 photos from my trip. But all things must come to an end. One more post about Cuba and this series will end for now. Of course, I may return to it one day but for now a change of topic is coming.

These final photos were taken from the viewing area at the top of the José Martí Memorial, located on the northern side of the Plaza de la Revolución in the Vedado area of Havana. Fidel Castro gave many of his speeches from the podium at the base of this memorial, and the plaza would be jam-packed with people. 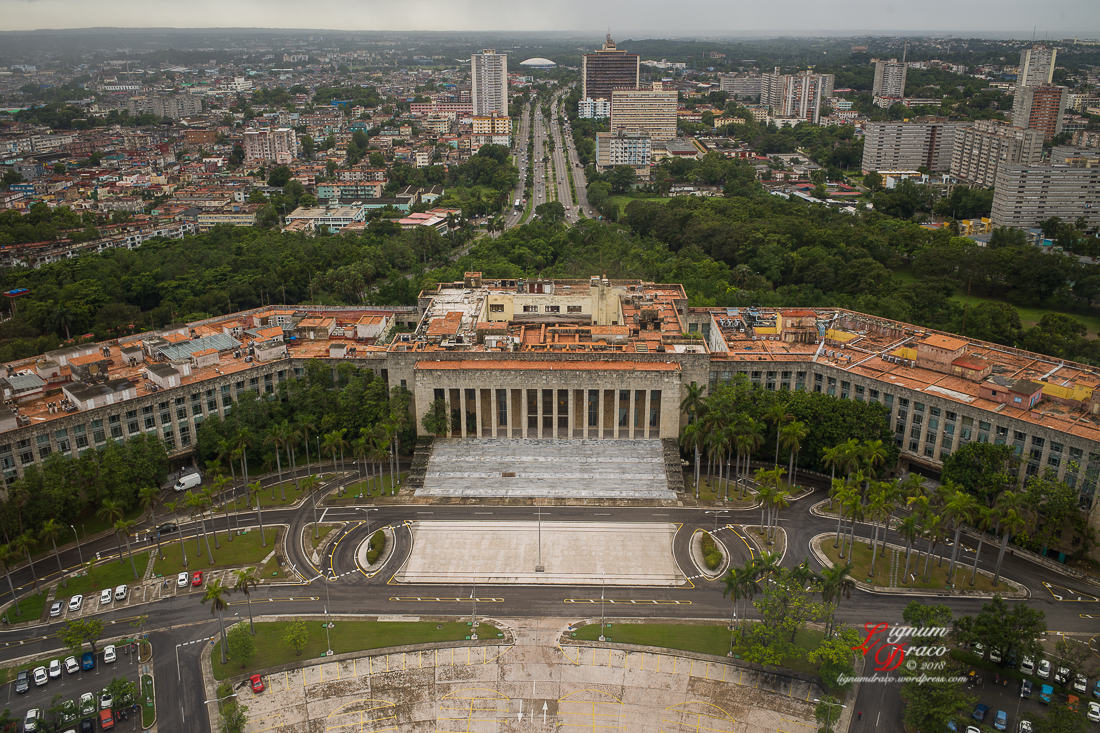 95 thoughts on “Above Havana”