For my second week in Paris, I chose to stay in Le Marais which was a very convenient base for exploring East Paris in particular. But it’s easy to walk across Paris regardless. One day I even walked from the Eiffel Tower back to Le Marais. It took a couple of hours including various stops but I wasn’t in a rush. More conveniently, Cimetière du Père Lachaise is much closer to Le Marais. 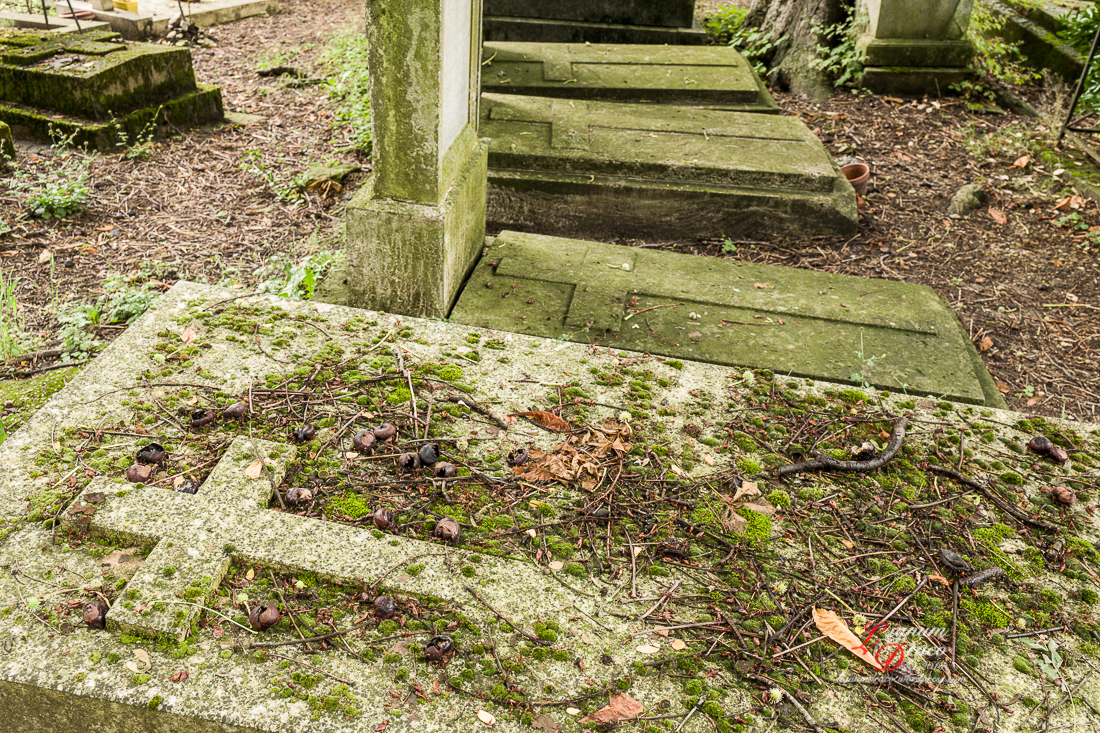 Cimetière du Père Lachaise (Père Lachaise Cemetery) is the largest cemetery in the city of Paris, but not the only cemetery, and is notable for being the first garden cemetery, as well as the first municipal cemetery. The cemetery takes its name from the confessor to Louis XIV, Père François de la Chaise (1624–1709). The cemetery was opened on 21 May 1804. The first person buried there was a five-year-old girl named Adélaïde Paillard de Villeneuve, the daughter of a door bell-boy of the Faubourg St. Antoine. Her grave no longer exists as the plot was a temporary concession.

I spent a couple of hours there one day. Basically I just wandered around aimlessly, although I did use the map to find a couple of gravesites. Each year, Père Lachaise Cemetery has more than 3.5 million visitors, making it the most visited cemetery in the world. Despite this it is very easy to get lost within its seemingly haphazard layout and experience a peaceful solitude, and I say that from experience. 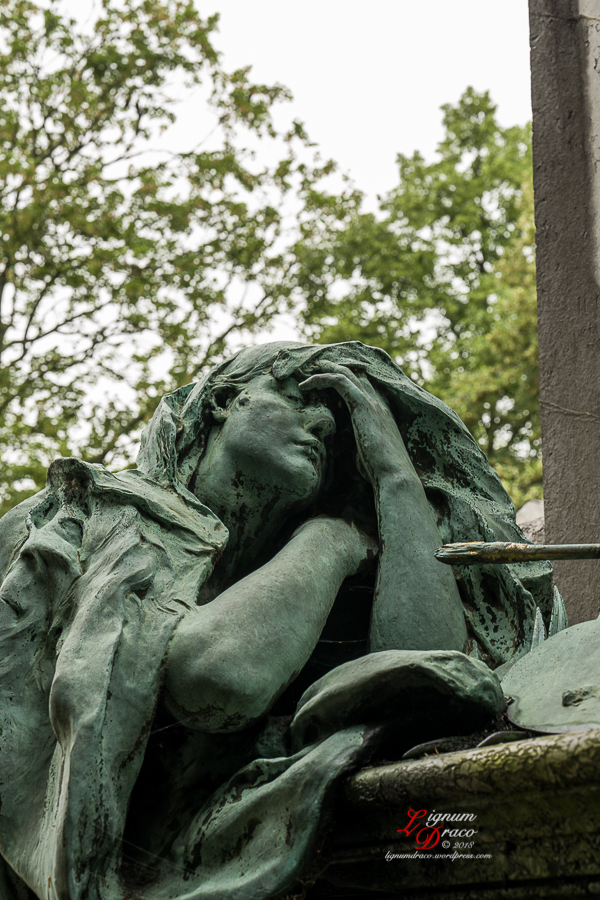 The bronze plaque bears the Greek inscription: ΚΑΤΑ ΤΟΝ ΔΑΙΜΟΝΑ ΕΑΥΤΟΥ, literally meaning “according to his own daemon, i.e., guiding spirit,” to convey the sentiment “True to Himself.” 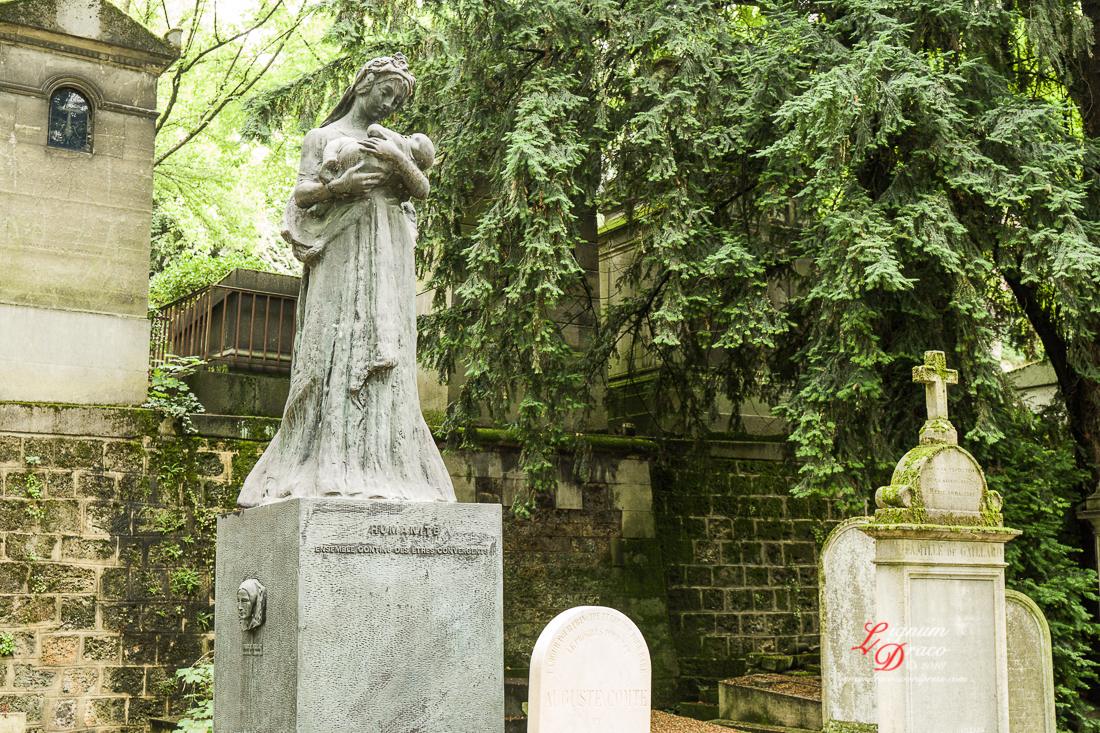