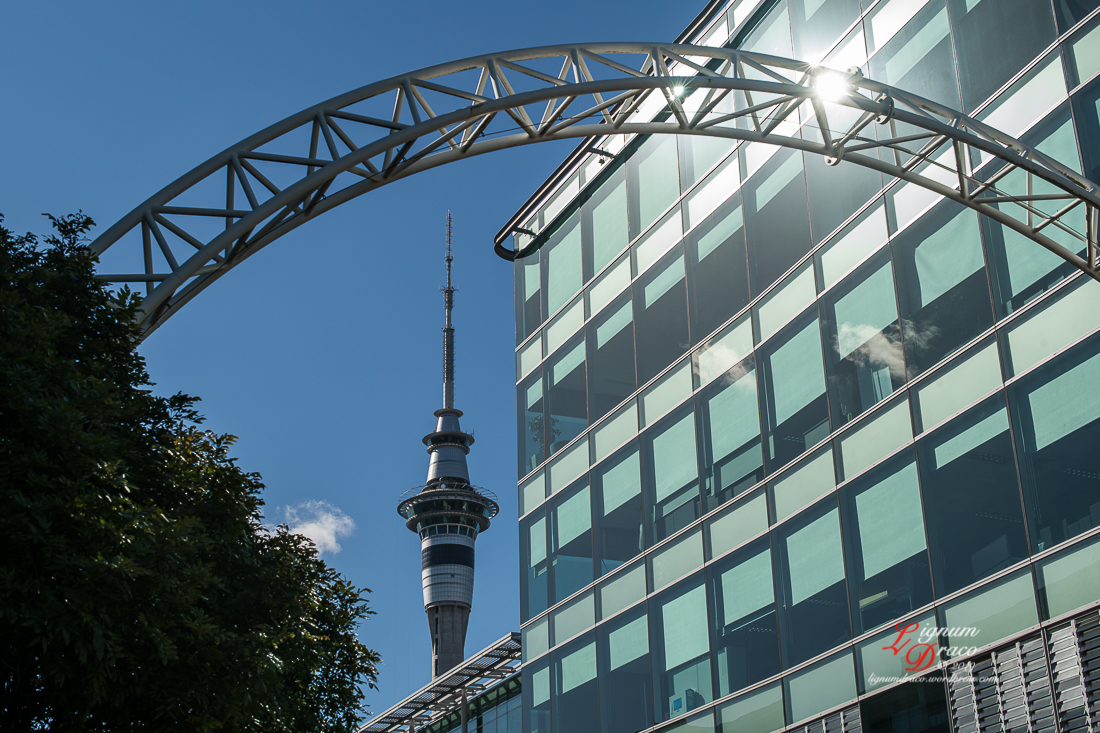 THIS IS AN AUTOMATED POST. I AM CURRENTLY OVERSEAS.
UPDATE: BACK HOME NOW.

Back in February 2018 I spent a l-o-n-g weekend in New Zealand which is only about 3 hours away from Sydney by plane. I spent a few lazy days in Auckland and its environs. Here are a few photos from that trip… 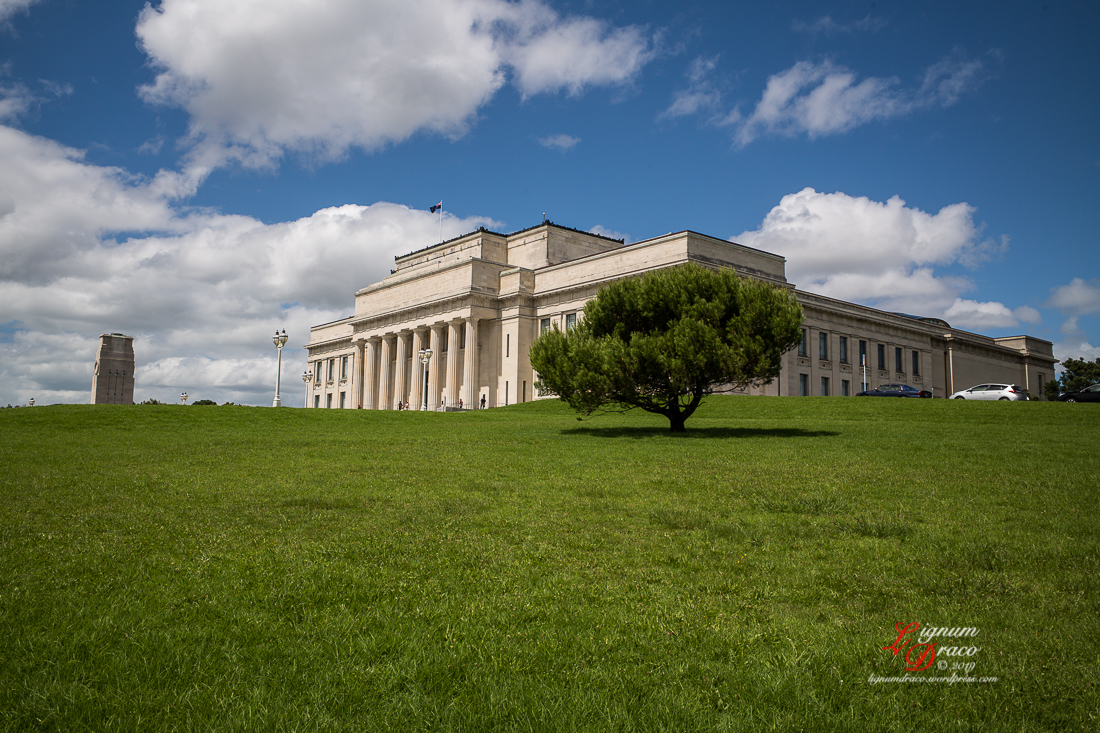 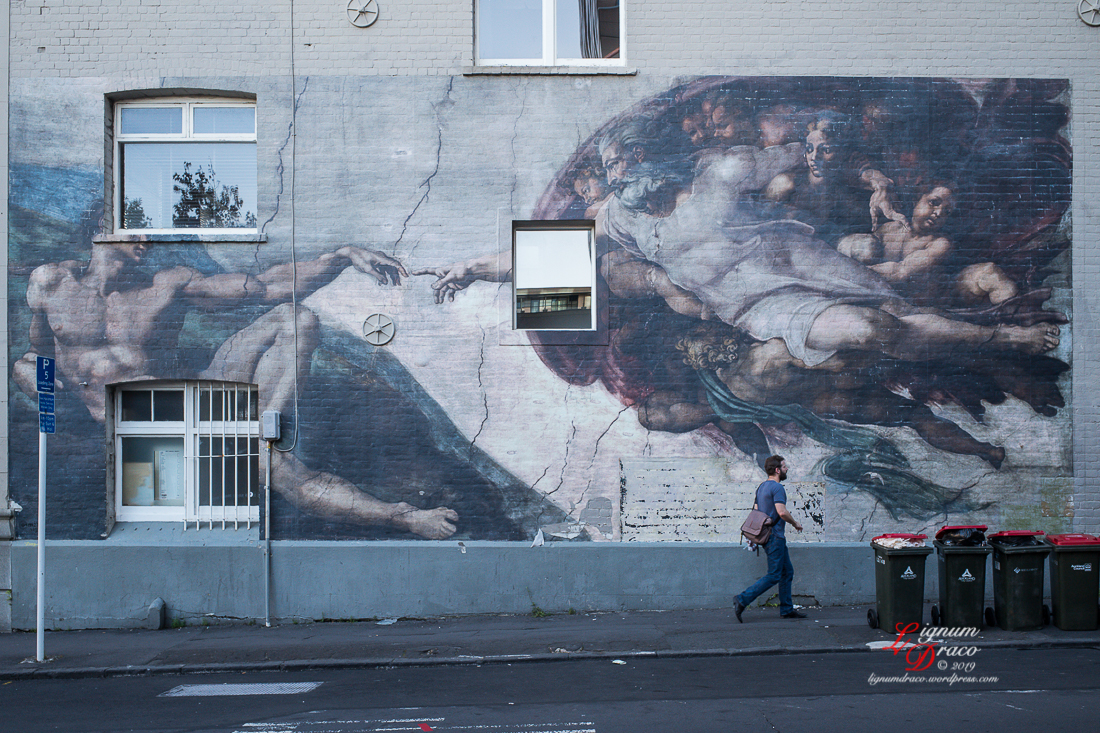 One of the dominating features of the Auckland skyline is the Sky Tower. If you can see it, you can orientate yourself.

This was the view from my hotel room. If you look carefully at the cloud near the base of the tower on the left, you can see 2 wires passing over the cloud which lead to the top platform of the Sky tower. For those who dare, you can pay for the privilege to be hooked to the wires for the 192 metre fall to the ground which takes 11 seconds. In my room, I was able to hear the occasional scream from someone jumping.

This is the view from the top of the Sky Tower nearing sunset. I could have made the jump but I chose to take the elevator back down. 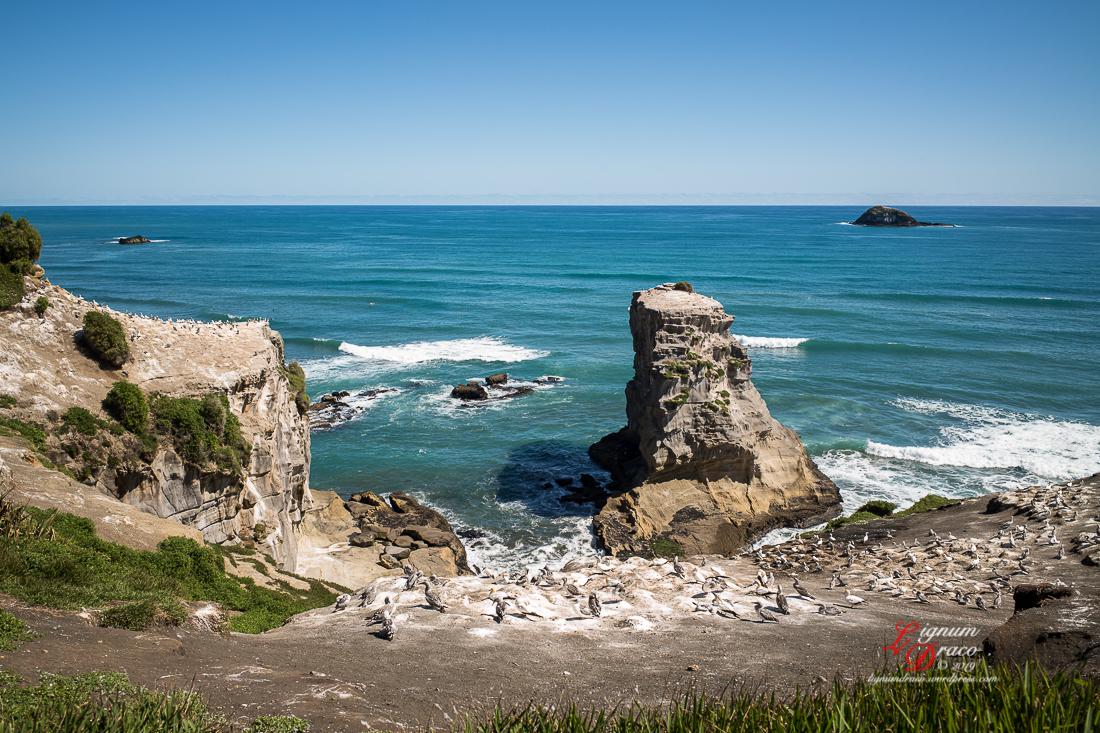 The remnants of the Gannet Colony at Muriwai on the coast west of Auckland. Much of the colony had already left for Australia. 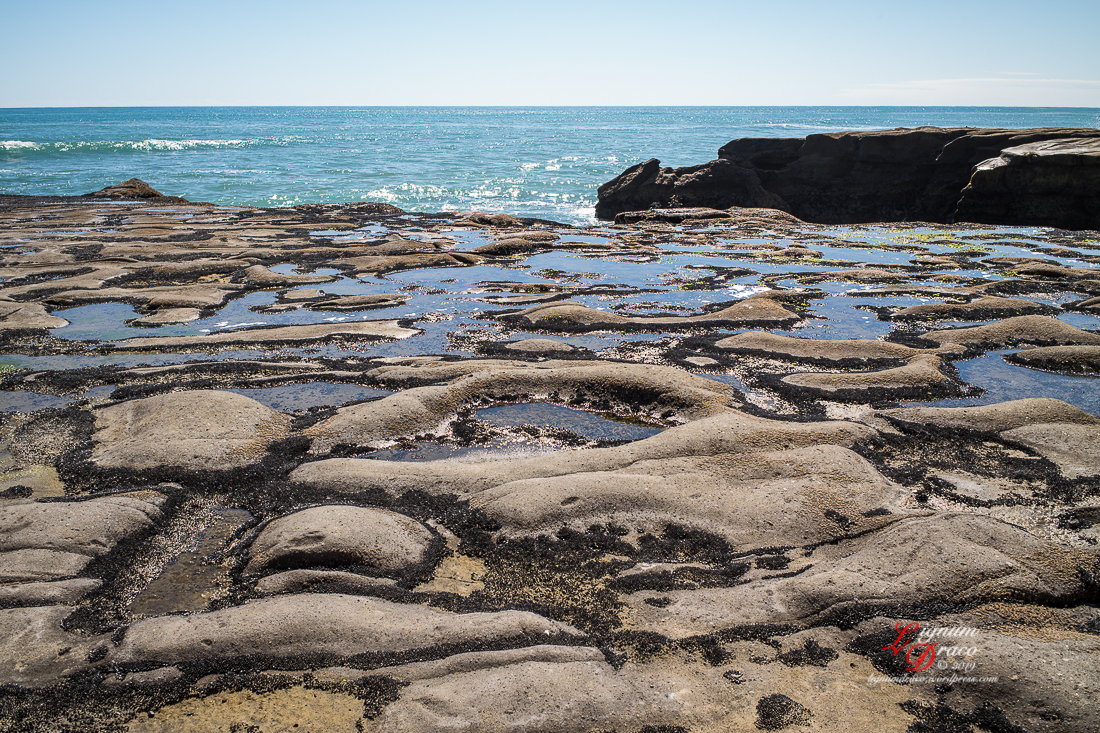 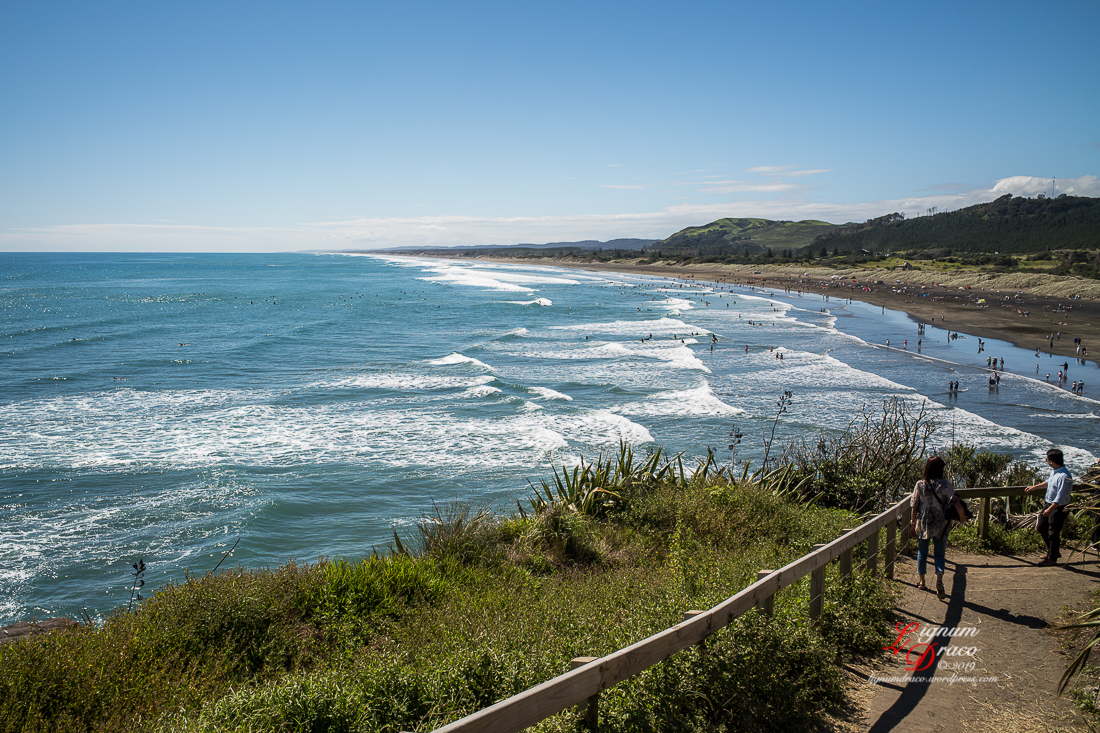 The area is known for its black sand. 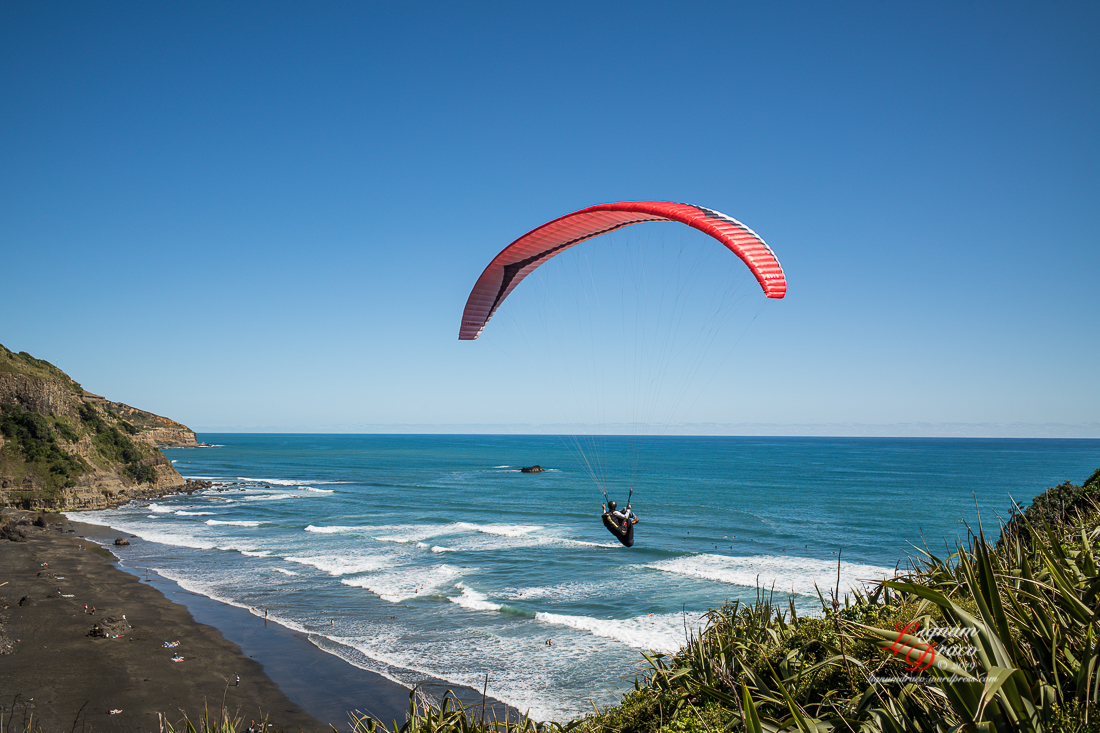 Quote from the James Bond movie, Diamonds are Forever. Photo from Muriwai Beach. 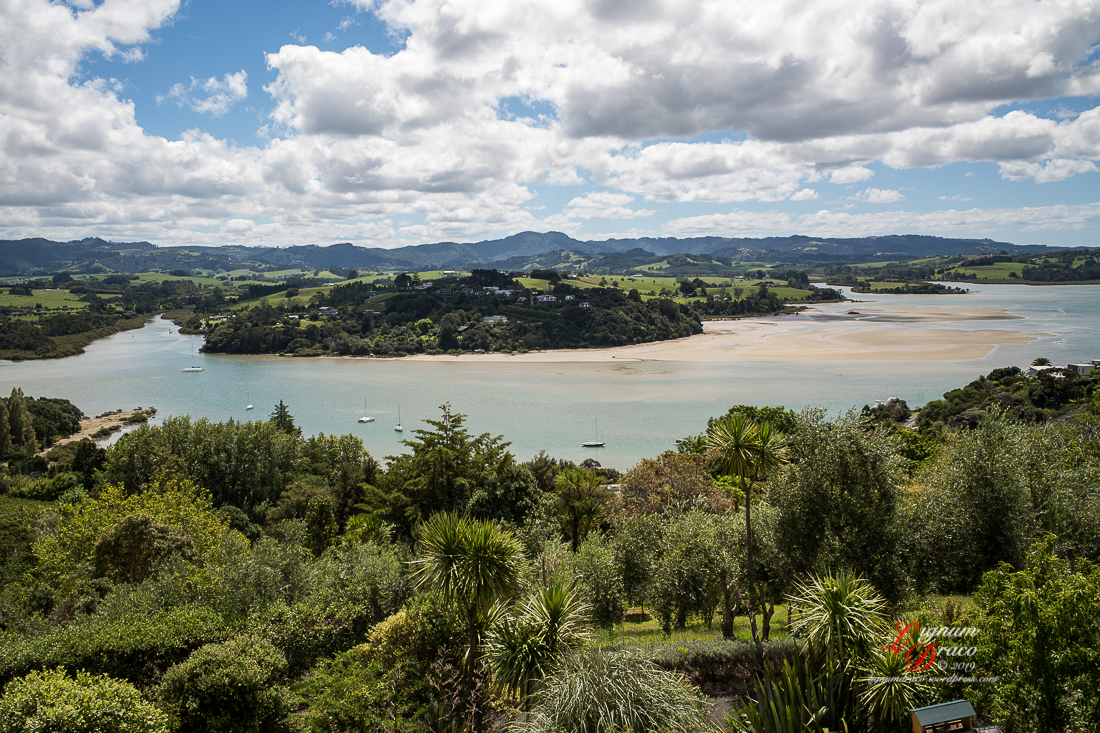 On the east coast, to the north of Auckland.

“Sand spitting toward the sea” 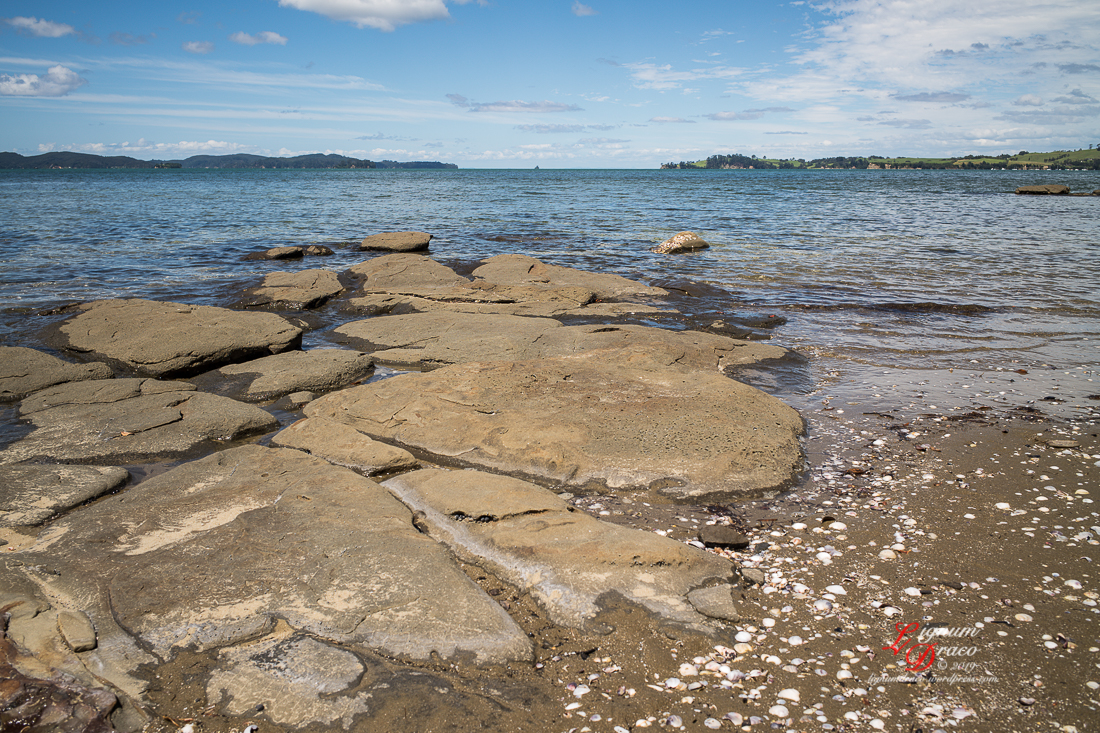 At the Brick Bay Winery and Sculpture Trail 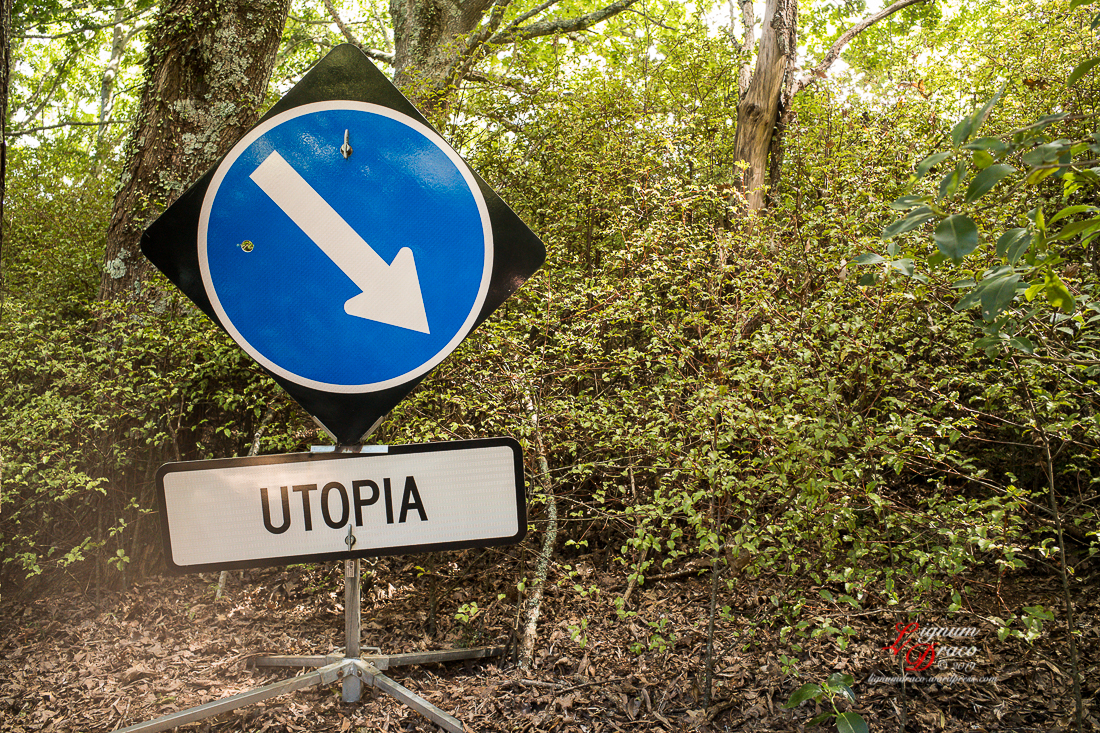 Makes sense. After all, both Mount Eden and Eden Park are in Auckland.

So why would I interrupt my posts about Japan to post about an old trip to New Zealand?

Because I’ve been in New Zealand the past few days, and still am although I’ll be returning home soon, and it wouldn’t be appropriate to post photos from this current trip without catching up with photos from my previous trip first. Well, that’s my excuse anyway.

46 thoughts on “Intermission: Around Auckland 2018”