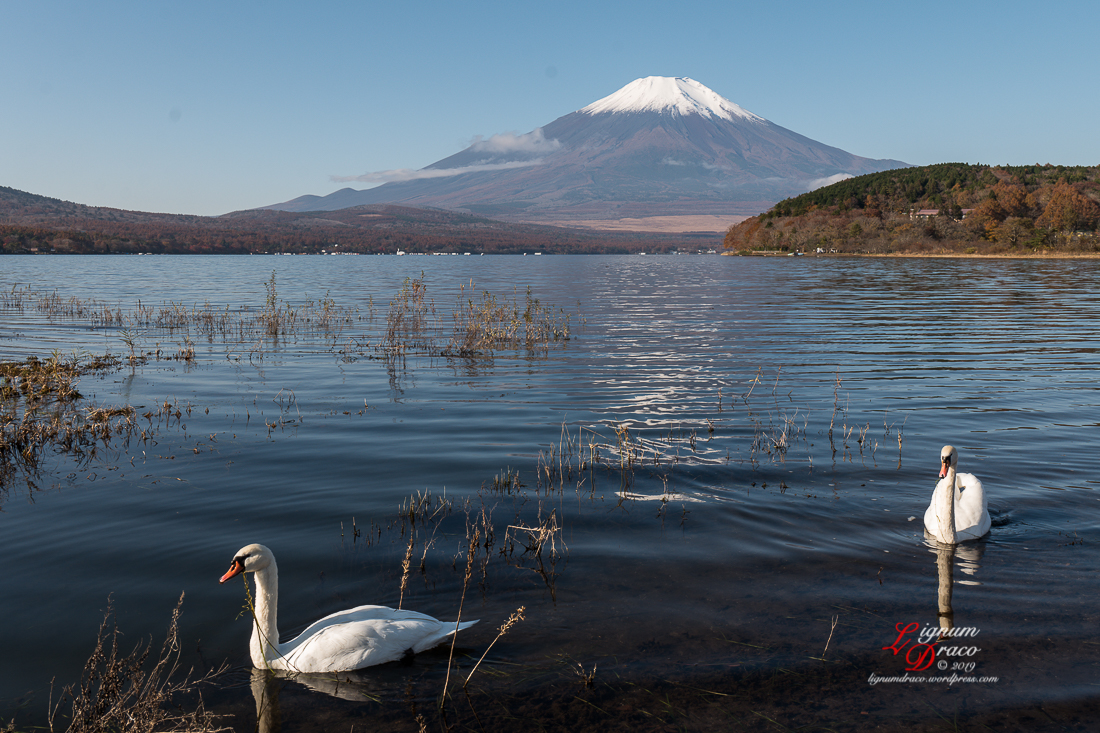 Having spent just over 3 weeks in Japan in October-November 2018 and then almost 2 weeks again in February 2019, it’s a safe bet to assume I took a lot of photographs, but we’ll end this photographic series for now.

If life is like a box of chocolates, then the analogy can be extended to say that Japan is like a photographic bento box, plenty of variety for everyone. Here are a few more photos from my time in Japan.

The photo above of Mt Fuji and the swans might suggest that Fuji-san is an easy photographic subject. However that is far from the truth for it seems to have its own microclimate and whilst it might be sunny everywhere else around it, Fuji-san itself may be enshrouded in cloud. 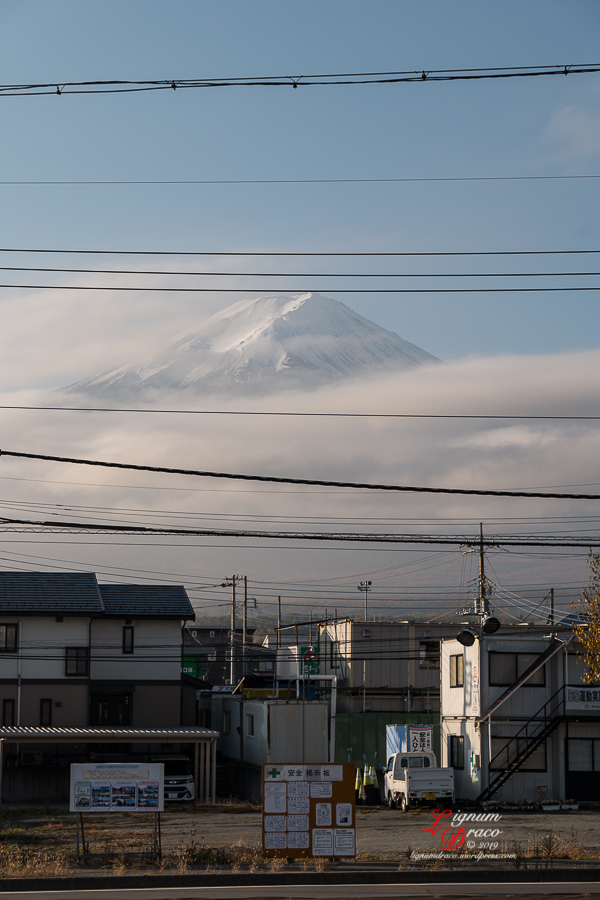 “On the streets of Fujiyoshida”

This photo was taken about 50 minutes before the lead photo in this post. 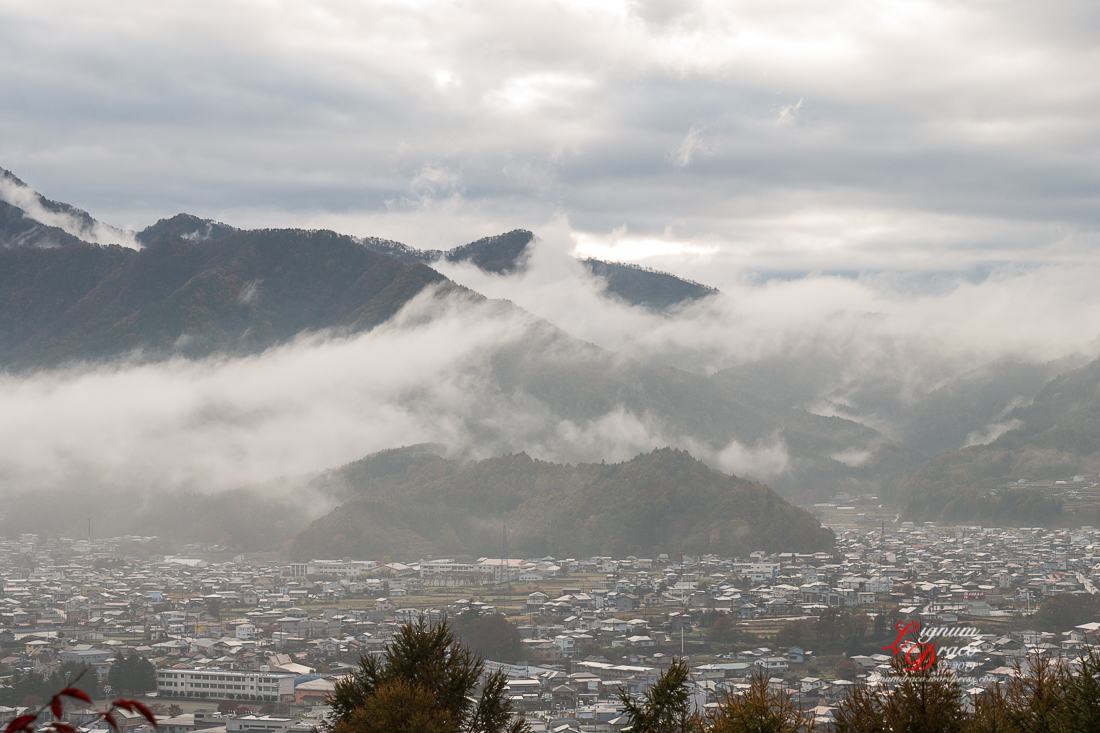 Well, when Fuji-san is completely encased in cloud, you might as well photograph the clouds. This photo was taken one day before the lead photo in this post. 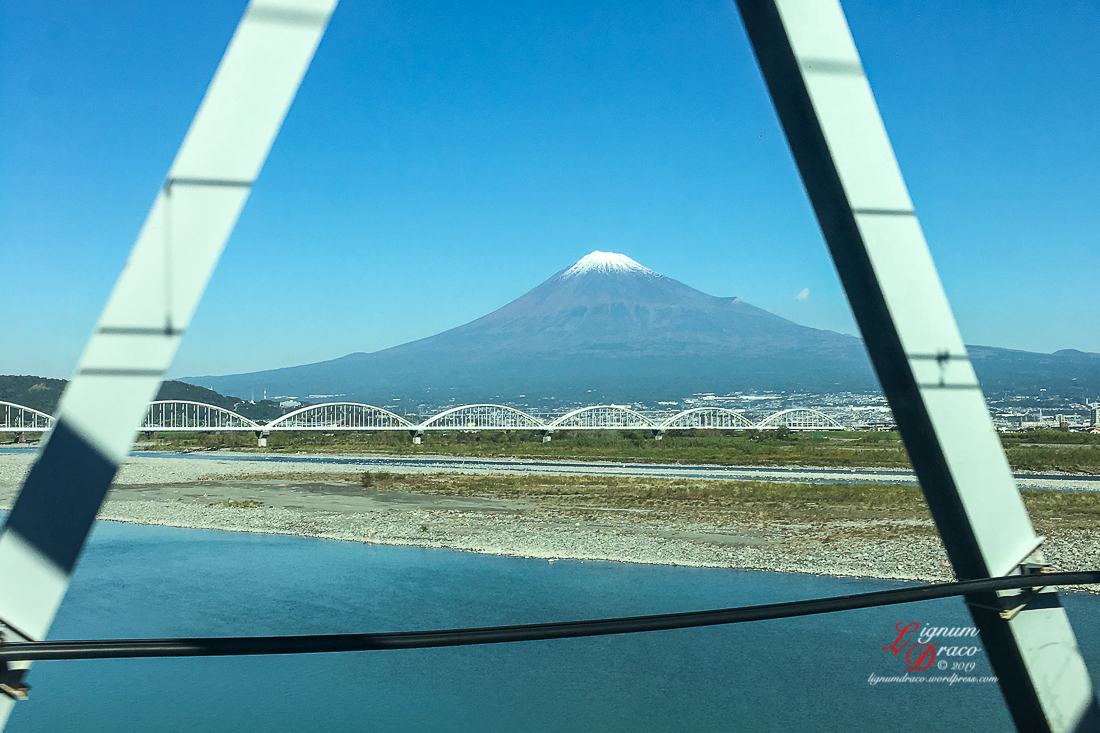 The bullet train from Tokyo to Kyoto offers great views of Mt Fuji on a clear day. Just be ready when it comes into view.

Nara Park, a public park and garden, where wild deer roam freely. The deer are considered messengers of the gods in the traditional Shinto religion.

Up close and personal.

The beautiful small town/village of Yoshino, shrouded in low cloud. It’s claim to fame is the show that Nature puts on in Autumn and Cherry Blossom season. 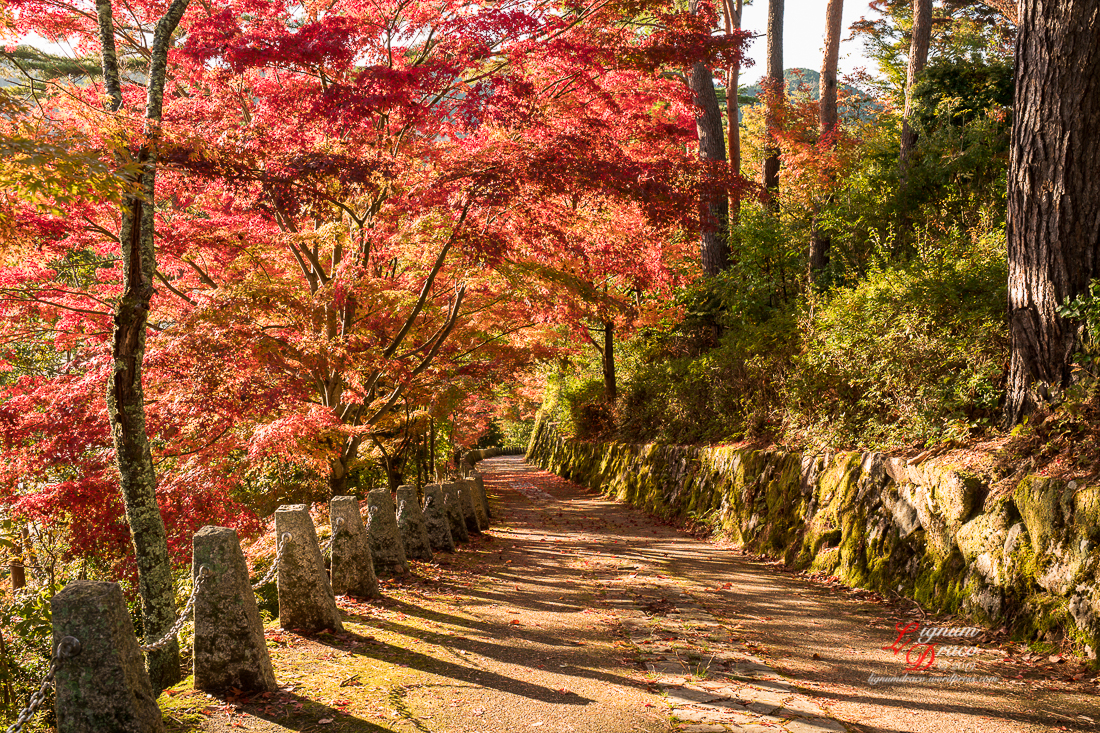 Okunoin is the site of the mausoleum of Kobo Daishi, the founder of Shingon Buddhism and one of the most revered persons in the religious history of Japan. Instead of having died, Kobo Daishi is believed to rest in eternal meditation as he awaits Miroku Nyorai (Maihreya), the Buddha of the Future, and provides relief to those who ask for salvation in the meantime. Okunoin is one of the most sacred places in Japan and a popular pilgrimage spot.

Winter in Japan is cold, and vending machines are everywhere. 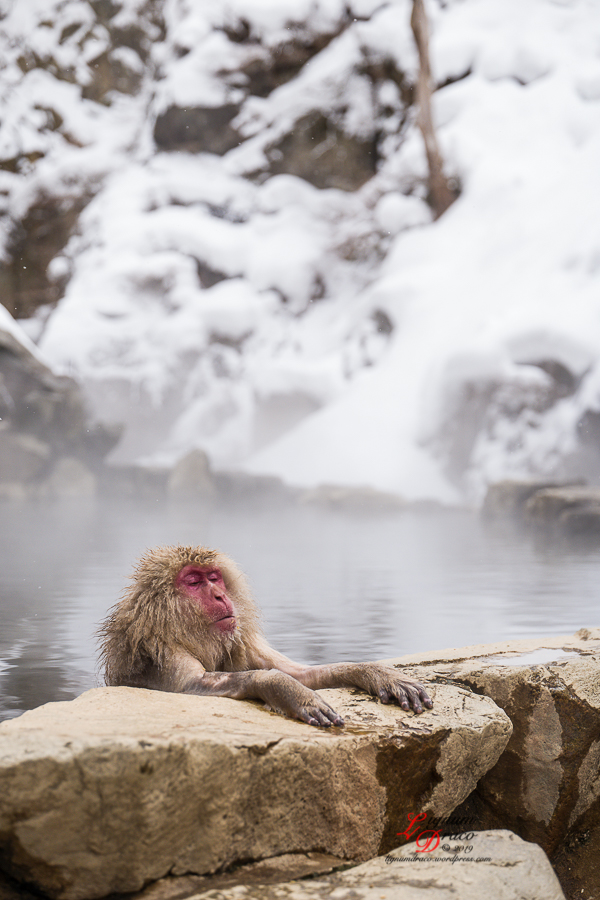 Gratuitous reposting of a photo of a snow monkey in a hot spring during winter. 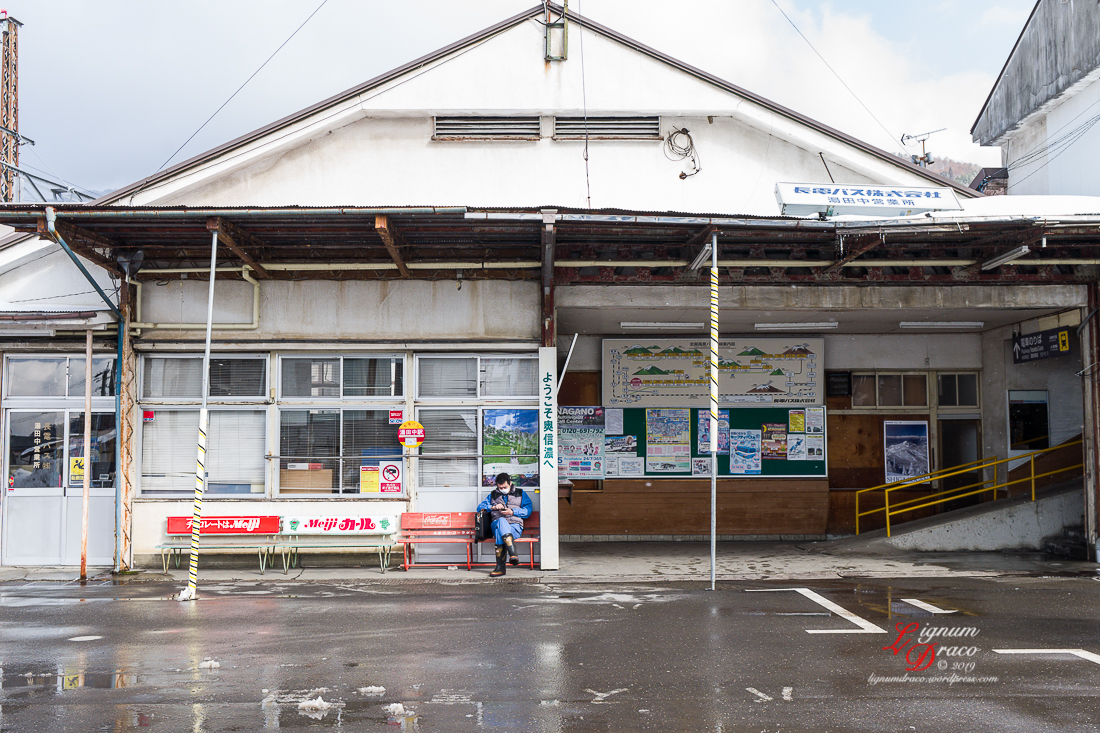 I missed the bus to take me back to Nagano from Snow Monkey Park. Instead of waiting another 90 minutes for the next bus, I was told to take the local bus shuttle to this train station, then take the local train to Nagano. I’m glad I listened. It was an incredibly scenic slow train ride through rural Japan.

At Fushimi Inari in Kyoto.

I was standing at the window on the 45th floor and I saw people filing out of the building. I was about to scream and run for the emergency heliport exit but then I guessed it was probably just a fire, or earthquake, drill. Luckily, I guessed correctly.

A noodle stand at the Nagano Shinkansen Station, between platforms 13 and 14. Pay at the vending machine and give the ticket to the owner. Find a place to stand and you are served within a minute. Whilst I ate I watched several people order, eat and finish their meal a few seconds before their train arrived. 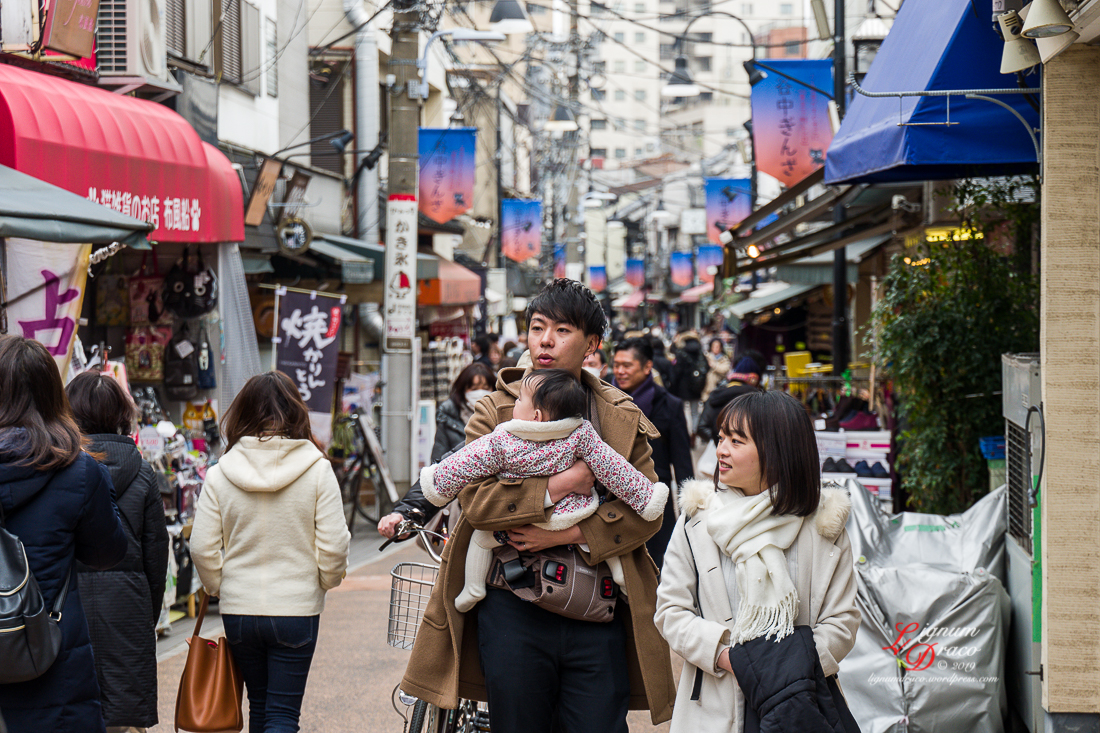 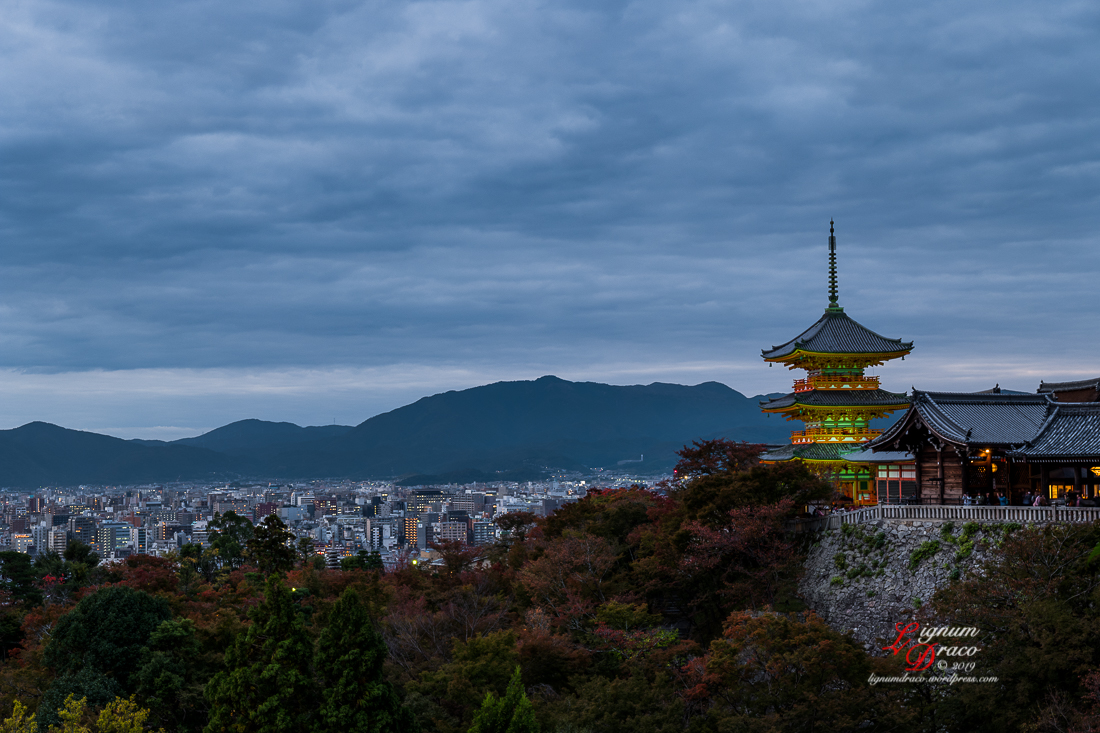 Dusk at the temple of Kiyomizu-dera. 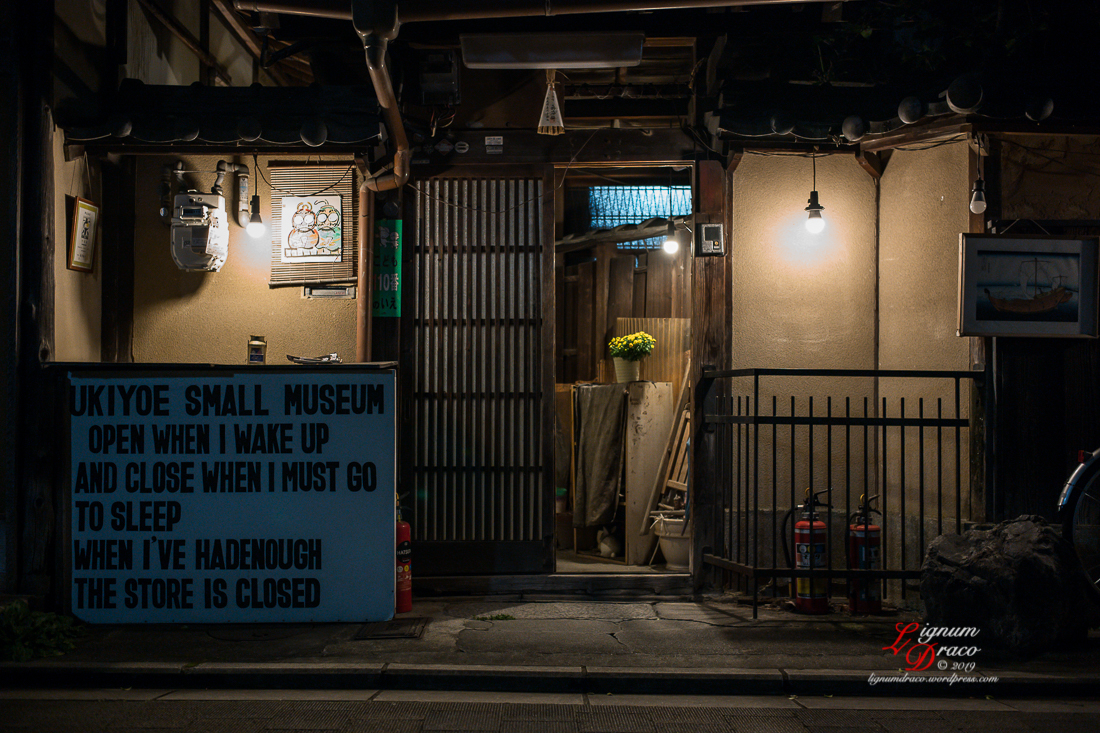 This ends my photographic series about Japan, but as is always the case I might return to it later. A new country next week, but the destination is no secret if you saw my post about Auckland a couple of weeks ago.
…