I’ve previously posted about le Mont Saint-Michel, the UNESCO World Heritage island abbey off the coast of Normandy. As a follow up to that previous post, here are a few more photos, including some taken in and from the abbey.

One of the benefits to staying overnight at Mont Saint-Michel is being able to take photographs of, around and on the island before/after the crowds have arrived and during the best light. I took the photo above at 6:30am. 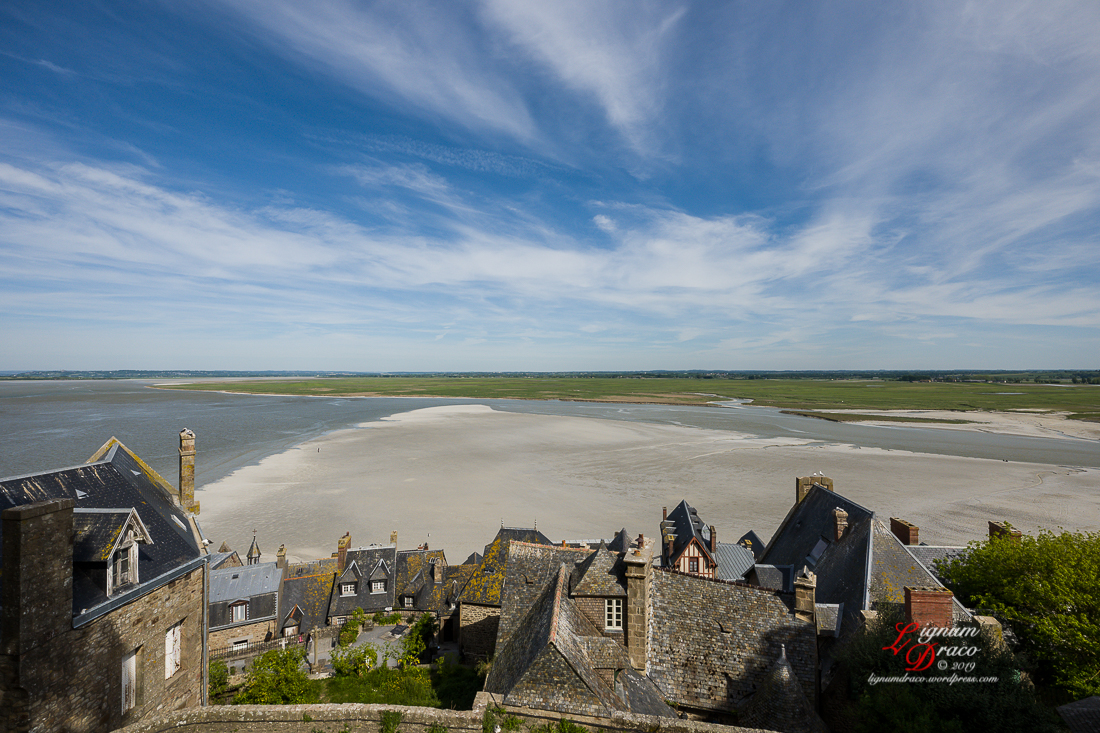 “The view to Normandy”

There are a couple of routes to the top to visit the abbey. 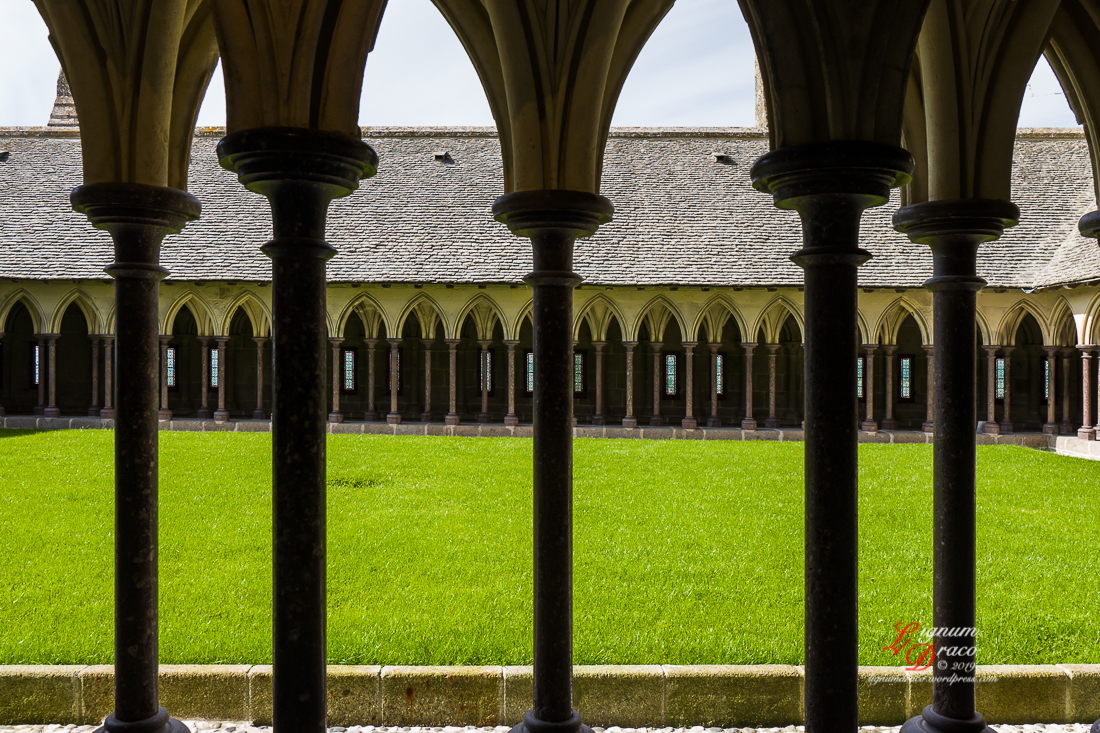 Mont Saint-Michel gets more than 3 million visitors a year. I deliberately didn’t visit the main abbey until about 40 minutes before closing time. By then the abbey was close to empty, just a handful of visitors here and there.

That’s the tagline from the 1996 movie, Michael, which featured John Travolta as the archangel.

According to legend, the archangel St Michael appeared twice to Aubert, the Bishop of Avranches and commanded him to build a sanctuary on the island of Mont Tombe in his name. Aubert thought it was a dream and ignored it both times. The archangel then visited Aubert a third time to reiterate his command and this time, struck Aubert on the head, burning a hole in his skull. The relic of Aubert’s skull, complete with a hole in it, is on display at the Saint-Gervais Basilica in Avranches.

I joined a 3 hour tour across the mudflats of the bay around Mont Saint-Michel. At low tide it is possible to walk almost completely around the island. We walked across dried mud, through calf-deep rivers and across wet mud. I almost slipped over a couple of times but didn’t. It’s not recommended to make the walk on your own, though.

We walked into a large patch of quicksand. The more you move, the more you sink in. We also learned how to escape quicksand. Essential survival skill #946 learnt.

As the tour ended we could see the tide rushing in. At Mont Saint-Michel the difference between high tide and low tide can be up to 15 metres. I watched a kayaker ride the tide in. You wouldn’t want to be caught in the bay at low tide when the tide comes in so forcefully as it does. Another reason you need a guide. 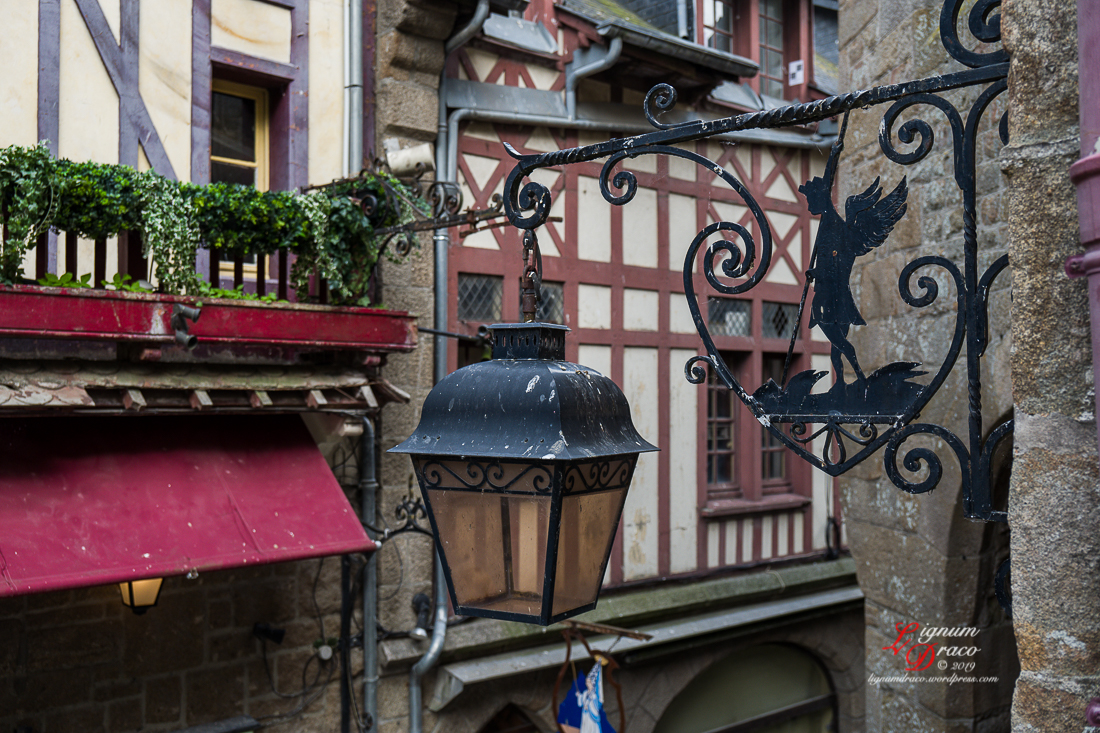 He’s everywhere in the details.

Here’s a gratuitous additional photo of Mont Saint-Michel to end this post. I’ve got hundreds more; quite literally. Please see my previous post le Mont Saint-Michel if you want to see some of my other landscape photos of the island site.