“Notre Dame Cathedral after the fire”

As you would know, a fire engulfed the Notre Dame Cathedral on April 15, 2019. My visit to Paris was less than a month after that fire and you can see some of the aftermath here. All the roads around the Cathedral were blocked off to pedestrians and cars, but I do have some photos showing the destruction in greater detail. For comparison, my photos of Notre Dame Cathedral from my 2018 visit are mostly in the post, Paris in the Spring (2).

“Paris, across the rooftops”

In 2015, The Ministry of Culture applied for UNESCO World Heritage status for “the rooftops of Paris”. However that is a lengthy consideration process, and the result is still pending, I believe. 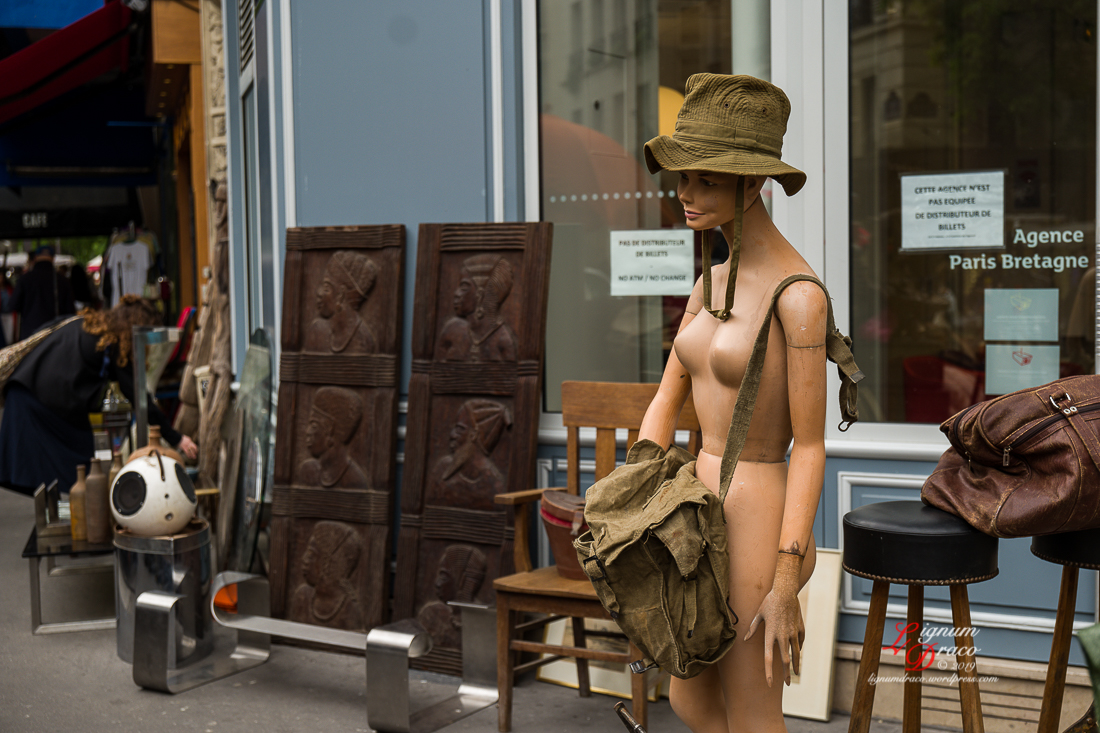 “Just another day in Le Marais”

Street scenes like this simply don’t seem out of place in Paris. After my return from Mont Saint-Michel, I came across a large flea market on the streets of Le Marais.

“Oh when the saints go marching in”

Jeanne d’Arc (St Joan of Arc) on horseback outside the Eglise Saint-Augustin. The Eglise Saint-Augustin was built from 1860 to 1868. It was purpose built purely to provide a counterpoint to the famous columns of La Madeleine at the other end of Boulevard Malesherbes, according to the plans of Baron Haussmann. At least one critic has described the church as, “an eyesore: ridiculously sited, without proportion, crushed beneath an outsized dome.” The neighborhood around the church is now one of the most expensive in Paris. 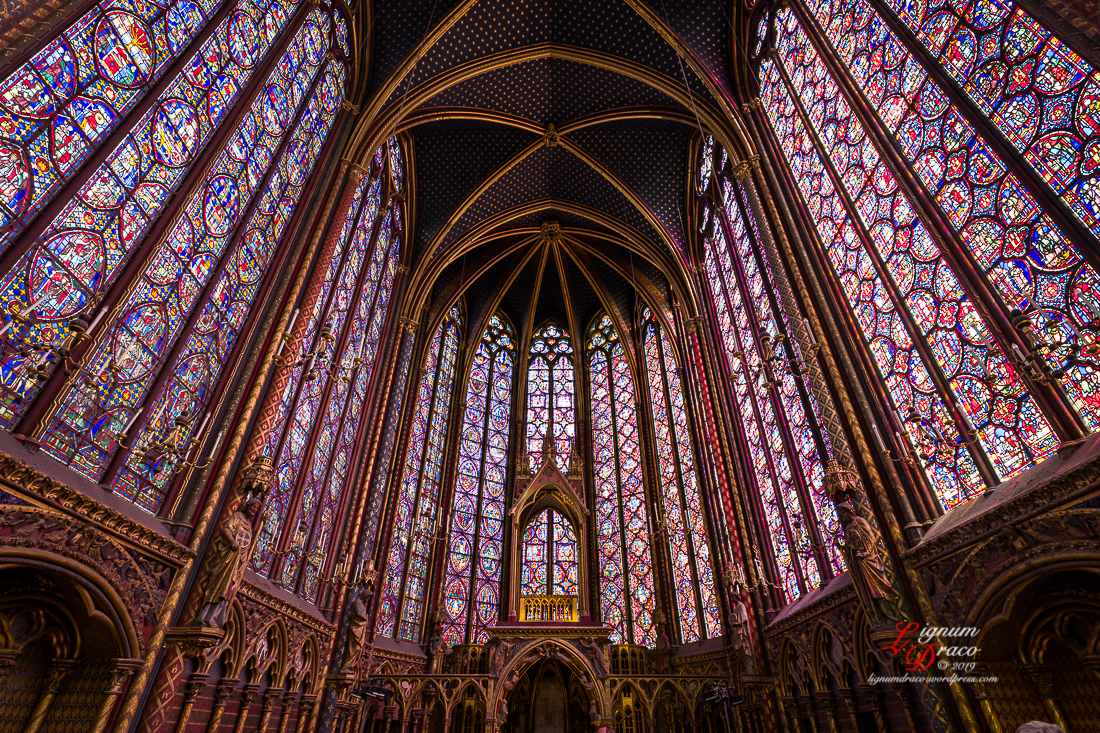 Sainte-Chapelle is a royal chapel in the Gothic style, within the medieval Palais de la Cite, the residence of the Kings of France until the 14th century, on the Ile de la Cite in the River Seine in Paris, France. Construction began around 1238 and the chapel was consecrated in 1248. It was commissioned by King Louis IX to house his collection of Passion relics, including Christ’s Crown of Thorns, later hosted in the nearby Notre Dame Cathedral until the 2019 fire, which it survived.

“She’s got the look”

There are quite a few giant wall murals in Paris. I like how the girl in front of the building is almost giving me the same look as in the mural. 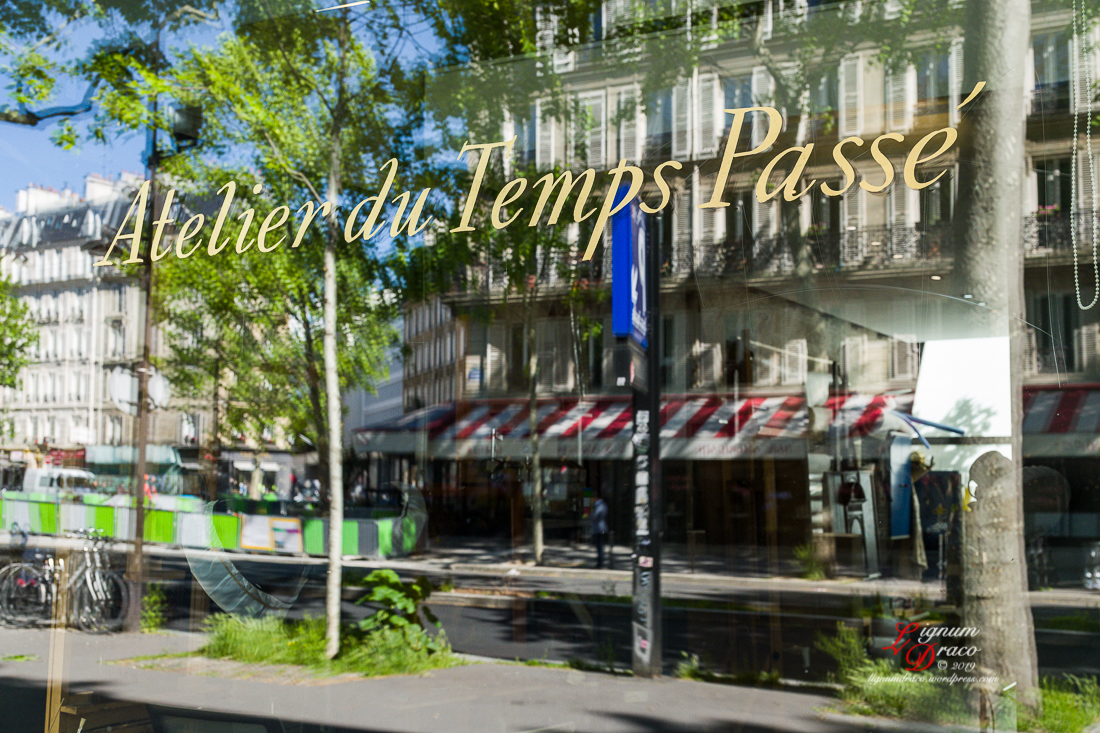 The workshop of times gone by. 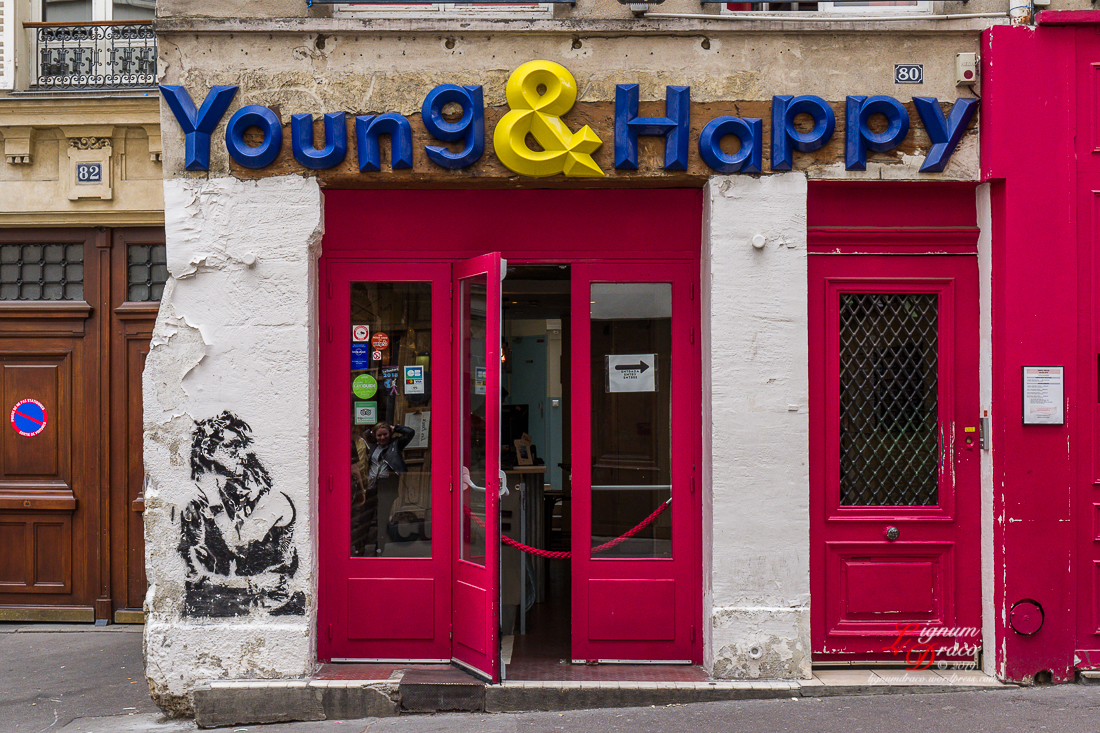 The Galeries Lafayette is a French department store chain. Its flagship store on Boulevard Haussmann in the 9th arrondissement of Paris is well known for its rooftop terrace offering free views across Paris (see the second photo in this post). Inside, the architecture and design is worthy of a moment or three of gawking. Here, I’m standing near to the centre of the main retail floor looking up at the beautiful domed ceiling. You can see they have recently installed a 9 metre long glass floor walkway from the 3rd floor, suspended 16 metres high in mid-air under the dome. It’s free but time limited, and often with a queue. 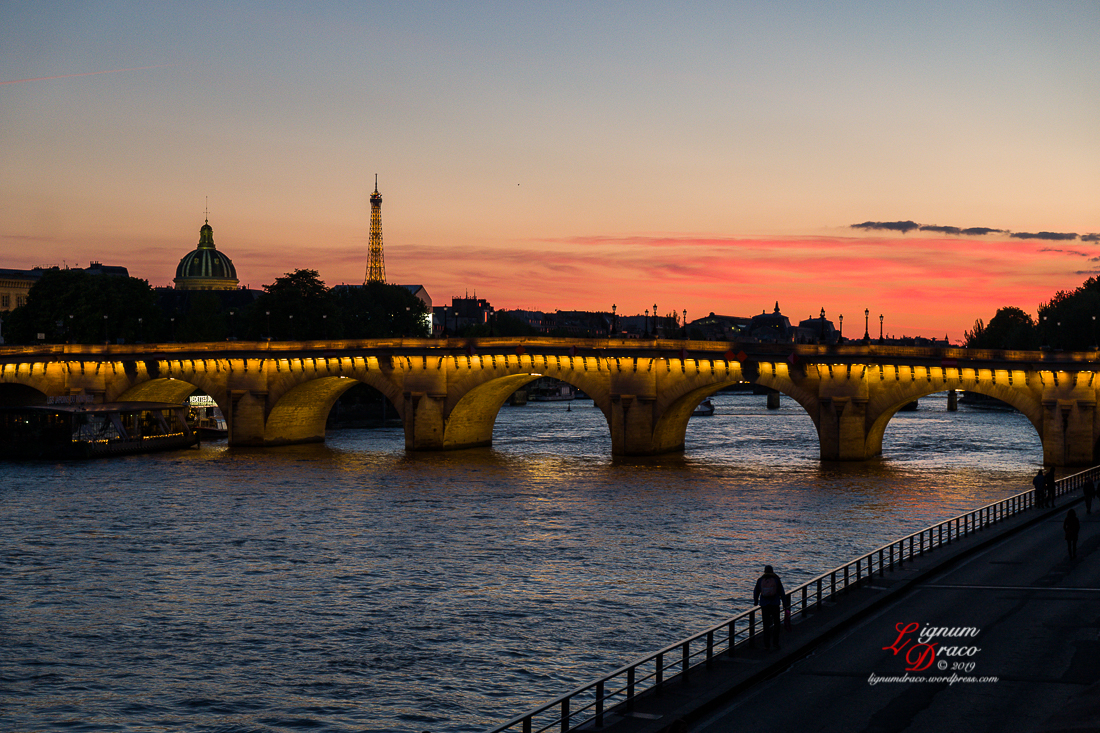 “Sunset stroll along the Seine”

This was taken at 9:47pm. Sunset is a beautiful time in Paris. The hard part is deciding where to enjoy it from.