After taking the bus from Mont Saint-Michel to Rennes, I had 3 hours to wait until my train was scheduled to arrive to take me back to Paris. According to google maps it would take me about 20 minutes to walk to the historic centre of Rennes from the train station, and allowing for the fact I would have to be carrying all my gear, that gave me about 2 hours to wander around the historic centre. But I was hungry and part of that time was spent having a local lunch with some red wine – I was in France.

That left me with (relatively) moments in Rennes, to look around the historic town centre. Here’s a glimpse at Rennes… 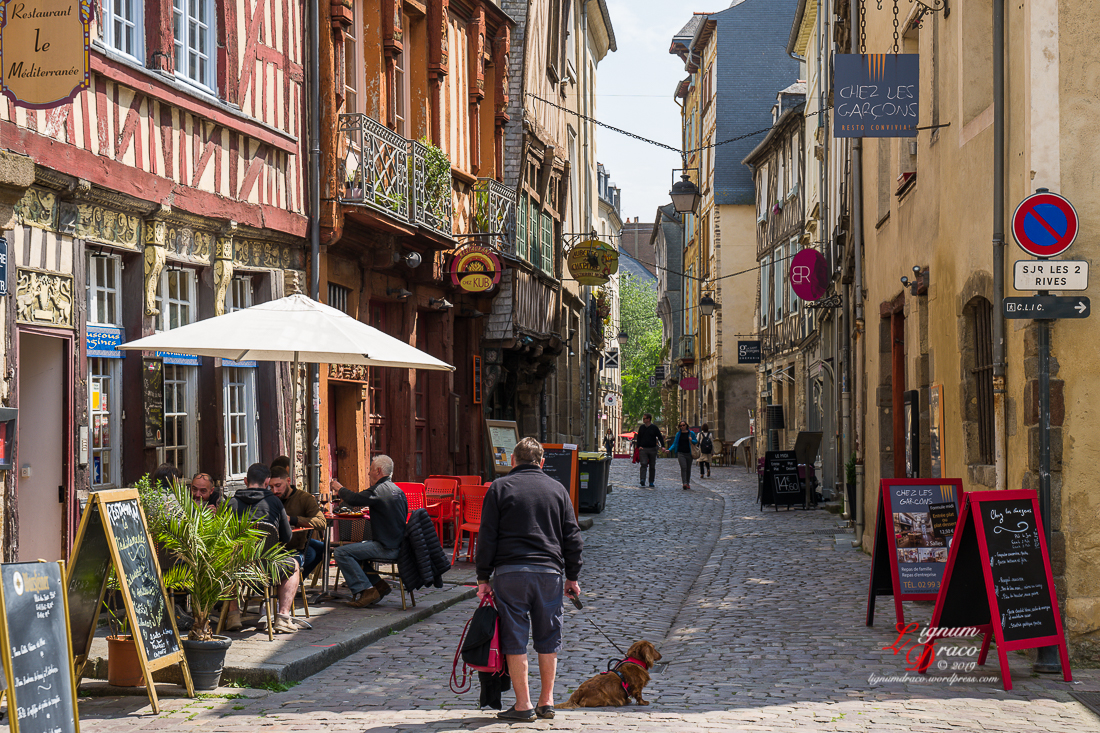 …naturally enough.
By the way, that’s where I had lunch, chez les garçons.

Rennes is the capital city of the region of Brittany (French: Bretagne), in northwest France. It’s known for its medieval half-timbered houses and the grand Rennes Cathedral. 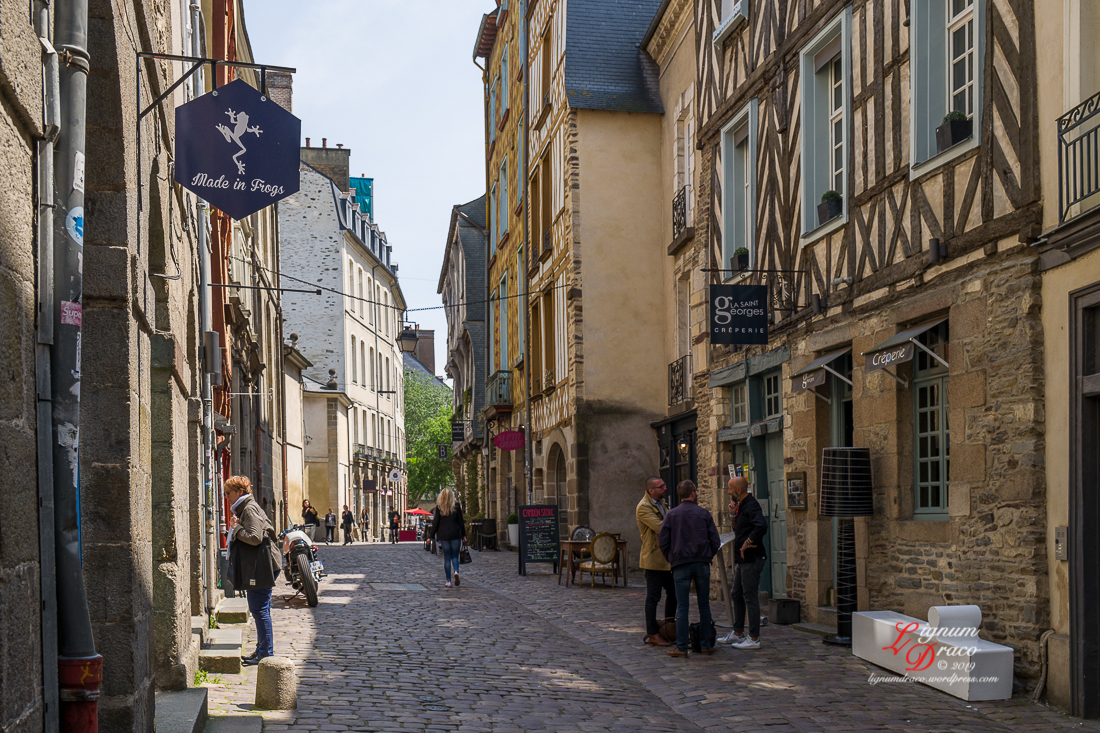 Obviously the owner has a sense of humour. 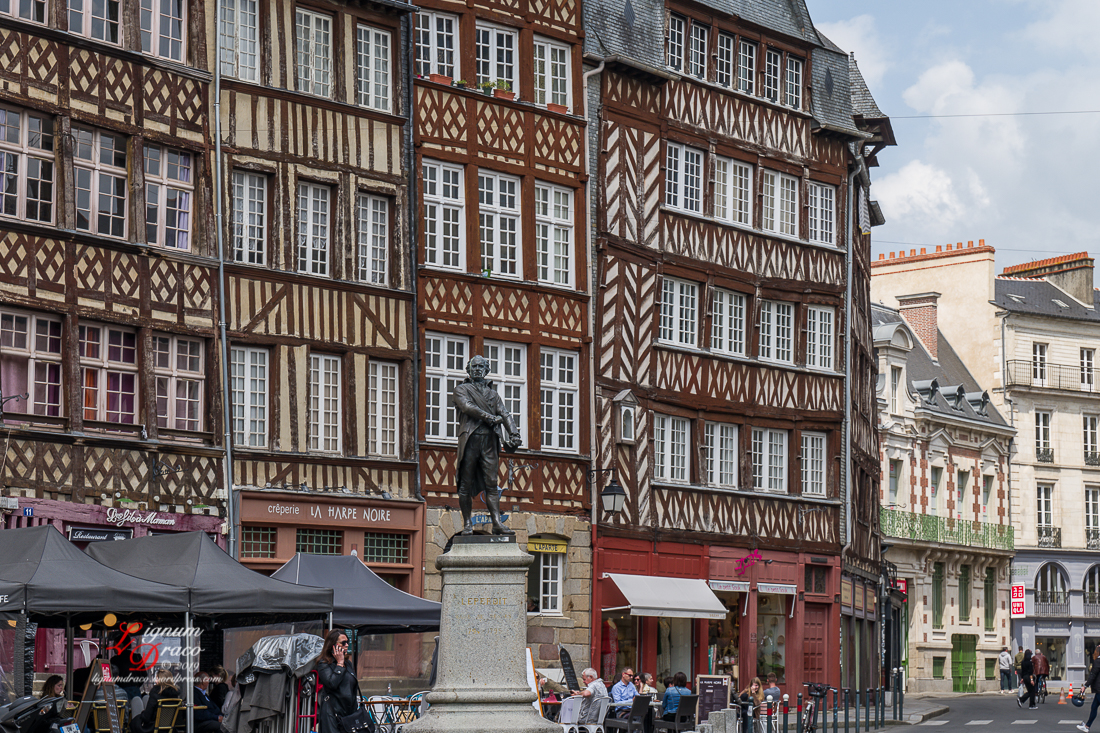 This is a little triangular plaza I came across, featuring tall timber-framed houses dating back to the 17th Century. In the plaza stands a statue of Jean Leperdit (1752-1823), the mayor of Rennes who saved prisoners sentenced to death during the French Revolution (1790s). He is depicted tearing up a list of names of people sentenced to the guillotine.

Rennes’ history goes back more than 2000 years, at a time when it was a small Gallic village. From the early sixteenth century until the French Revolution, Rennes was a parliamentary, administrative and garrison city of the historic province of Brittany of the Kingdom of France. In 2015, the city was the tenth largest in France. In 2018, L’Express named Rennes as “the most liveable city in France”.

This is Part 19 of this photographic series and Part 7 of the posts about France.

38 thoughts on “Moments in Rennes”