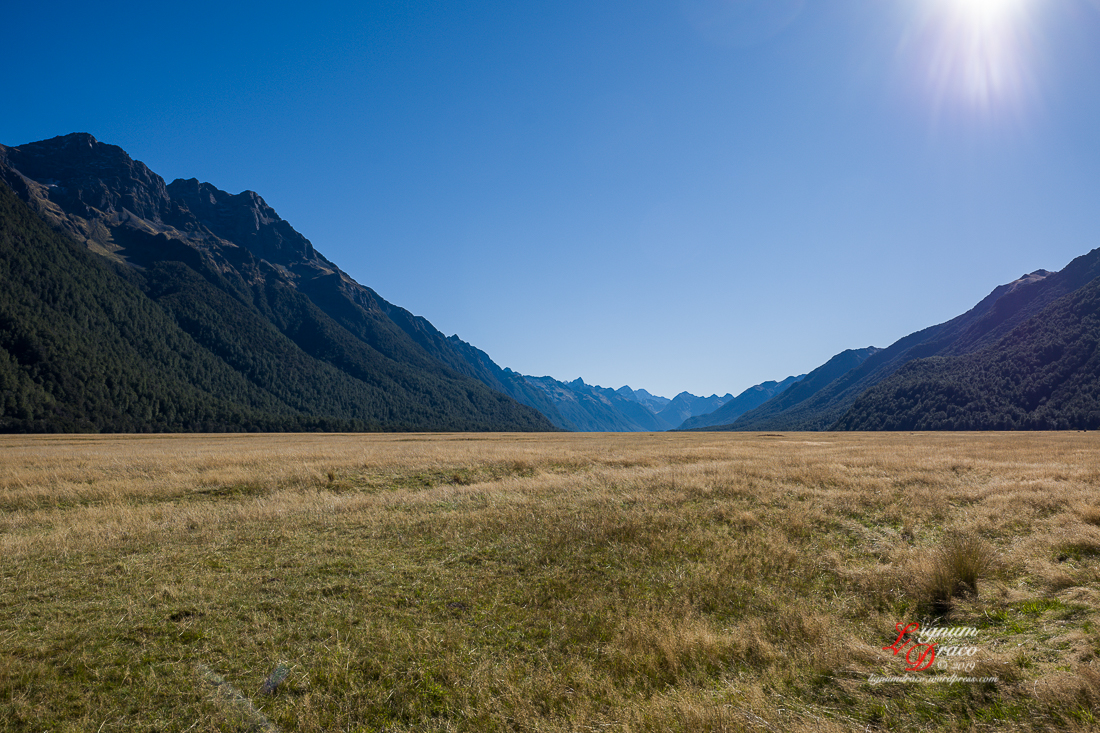 This is Part 2 of my trilogy of New Zealand 2019 photo series.

In 2017 I visited the Queenstown region of New Zealand.

In 2018 I visited the Auckland region of New Zealand.

In April this year I returned to the Queenstown region. This is the second in a trilogy of posts about my most recent trip there. Part 1 of this series was about ballooning, Above Queenstown: The flight of the dragon

Edit: Since writing this post, I made a quick trip to Auckland in October 2019. That may form a separate post later… or not.

One of the first highlights after entering Fiordland National Park is the Eglinton Valley which you see above. It was carved out by glaciers thousands of years ago. Today, steep rocky mountains covered in native beech forest line the valley. The flat floor of the valley is covered in golden tussock grass. Several areas in the Eglinton Valley were locations in the Lord of the Rings movies, in particular the Eglinton mountains which represented the Misty Mountains in the Fellowship of the Ring. 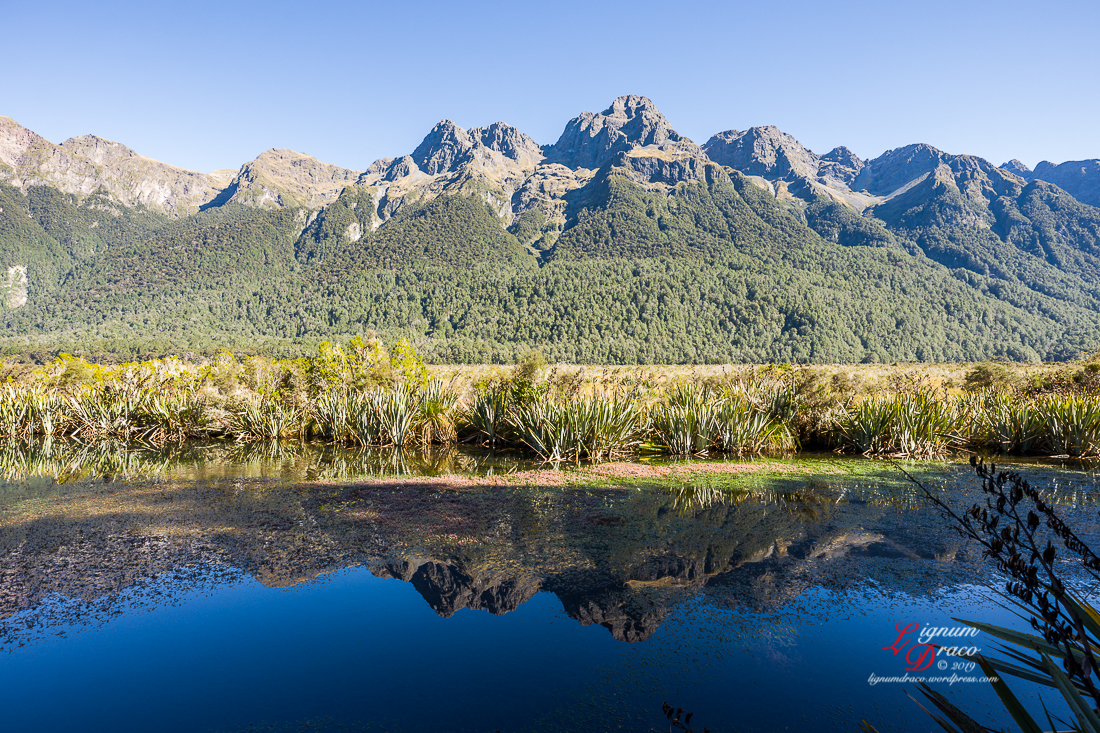 The Mirror Lakes were created when the Eglinton River shifted its course long ago, leaving two river bends behind to form what is known as ‘oxbow’ lakes. Together with the Eglinton River they form part of the largest system of inland waterways in New Zealand. The Mirror Lakes are famous for their beauty and the way they reflect their surrounding scenery. On a calm day, such as the day I visited, they provide reflections of the Earl mountain ranges opposite. New Zealand’s smallest duck, the scaup or pāpango, live in the Mirror Lakes and other Eglinton Valley waterways, as do the grey duck or pārera.

If you have a very keen eye, you may see a small green/yellow sign at the waterline in the photo above, just to the right of middle. It says “Mirror Lakes” upside down, so that the sign’s reflection reads correctly. Yes, I have telephoto photographic proof of that. 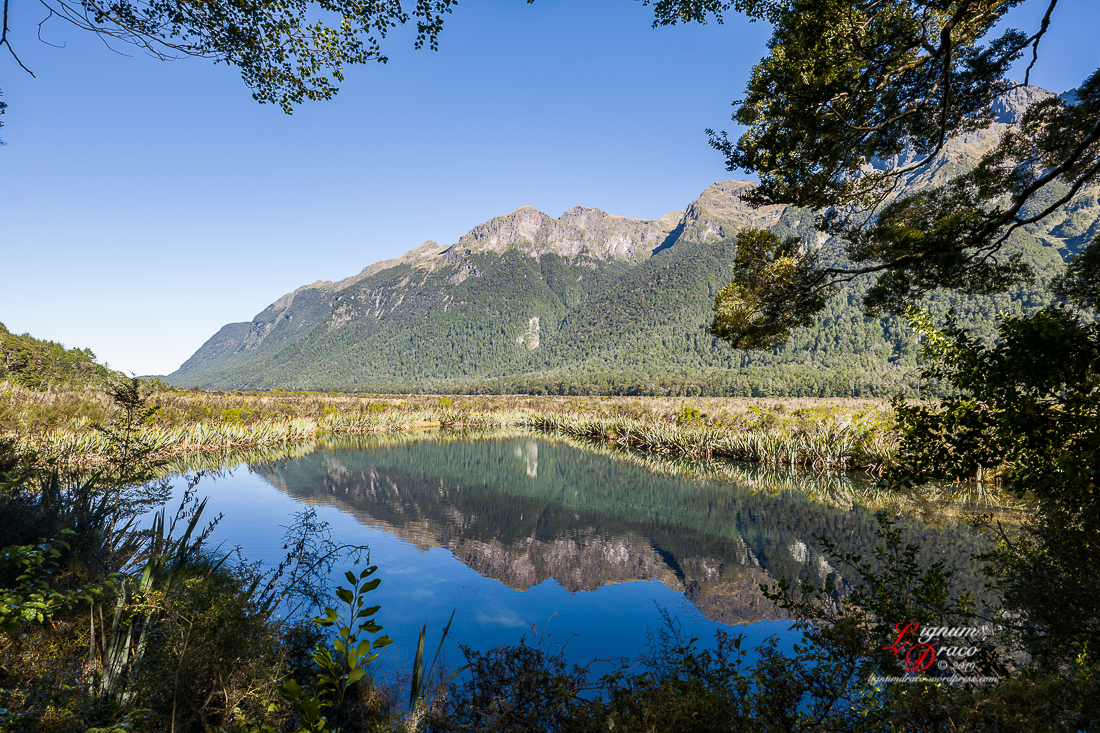 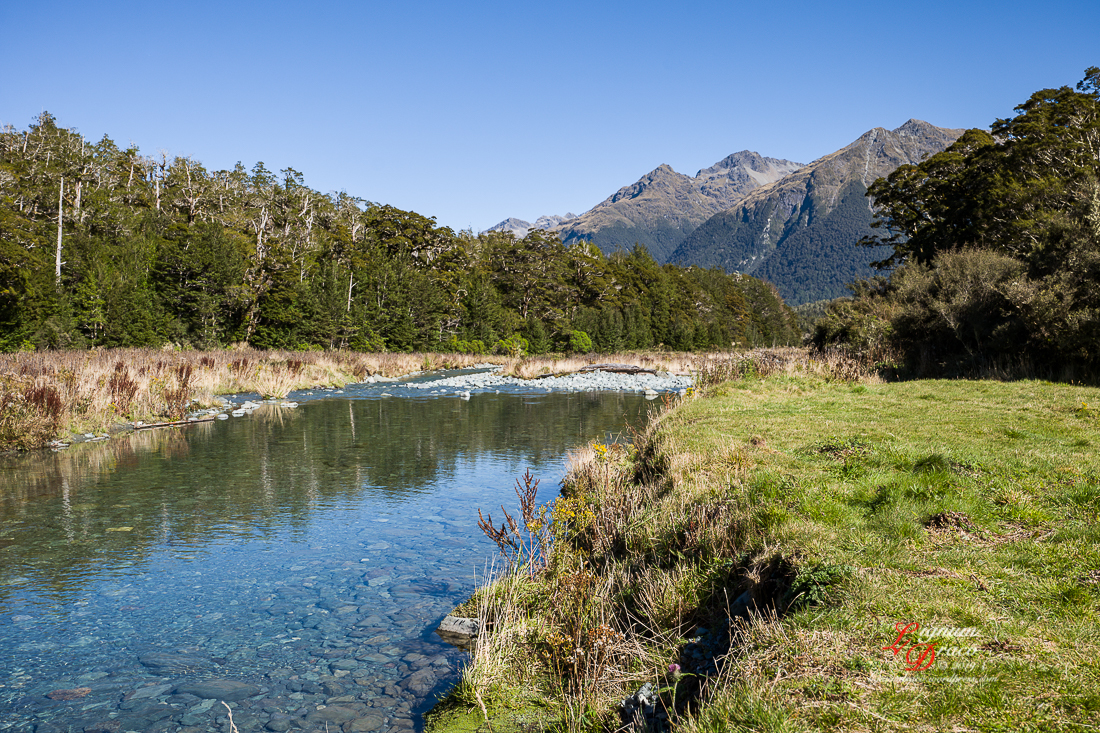 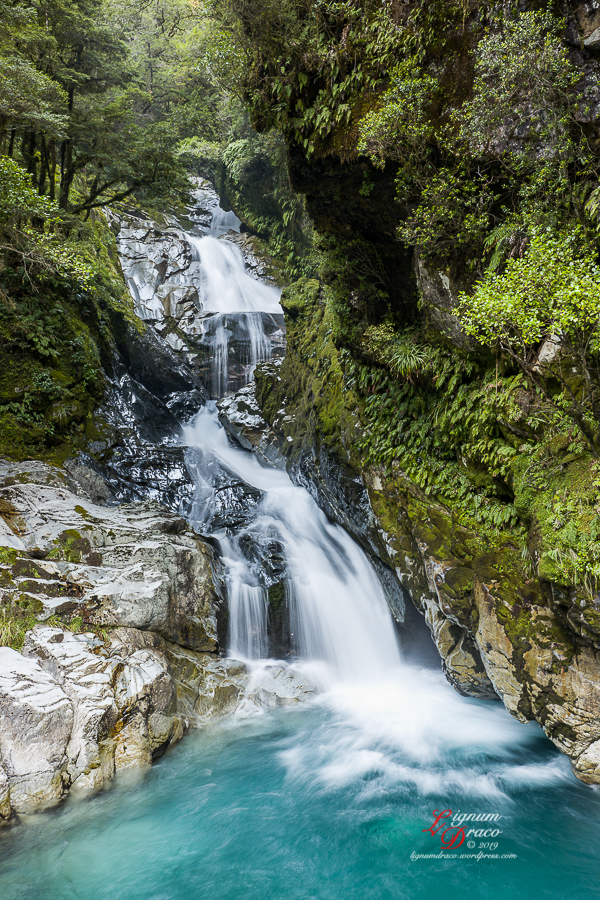 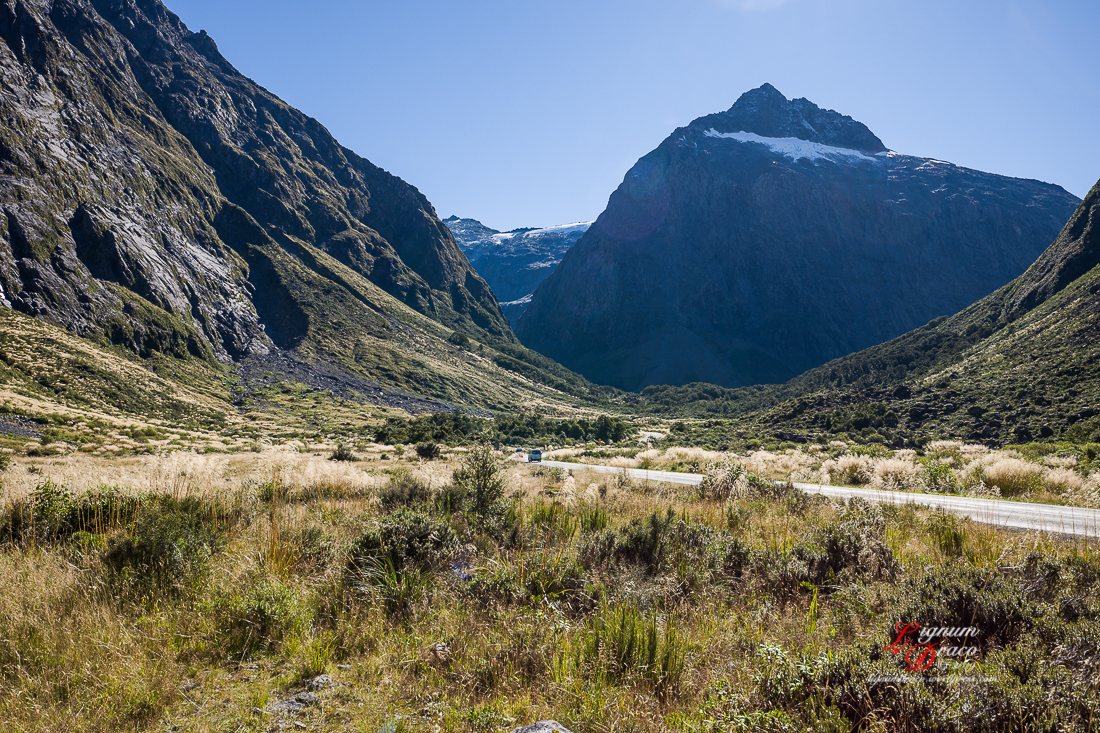 After about 5 hours, I eventually reached Milford Sound where I took a cruise. 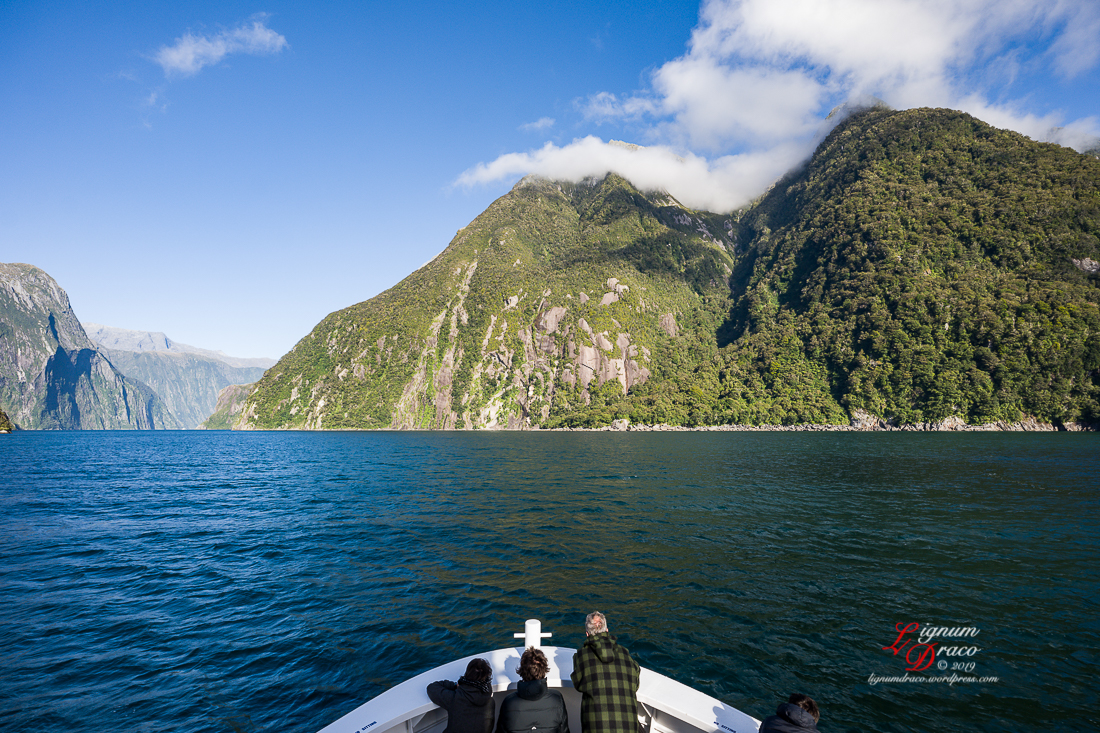 Milford Sound is a fiord in the southwest of New Zealand’s South Island. The fiord is home to fur seal colonies, penguins and dolphins. 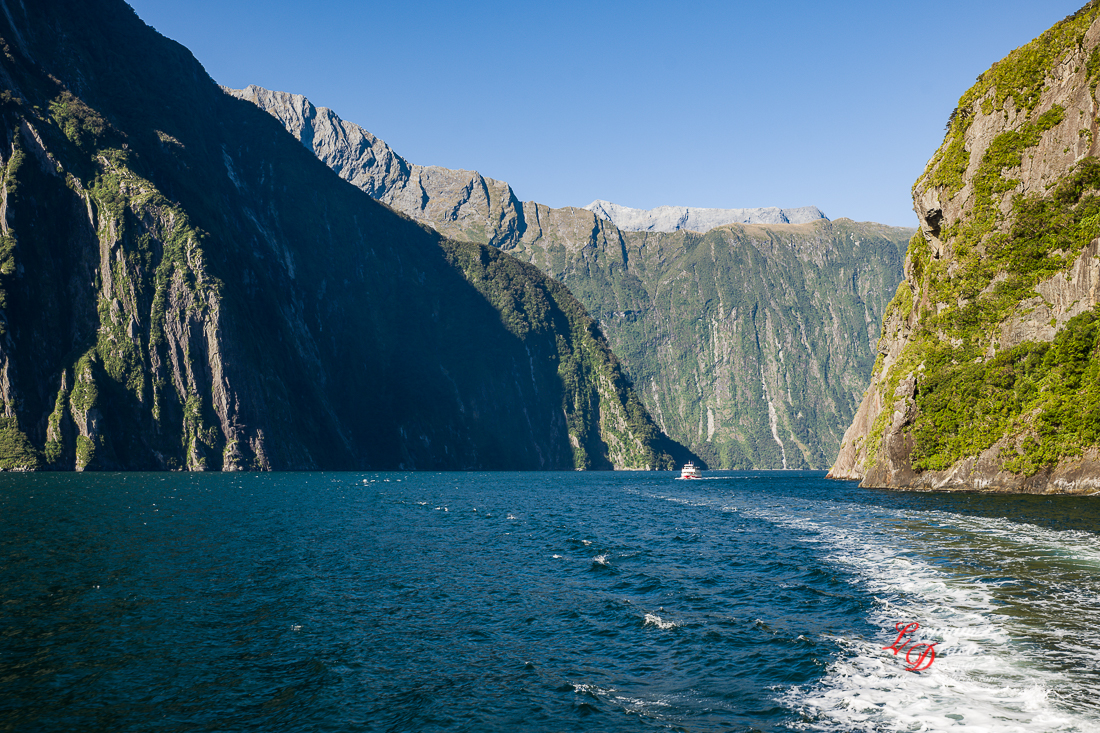 Milford Sound was carved by glaciers during the ice ages. Described by Rudyard Kipling as the ‘eighth wonder of the world’, Milford Sound is acclaimed as New Zealand’s most famous tourist destination. 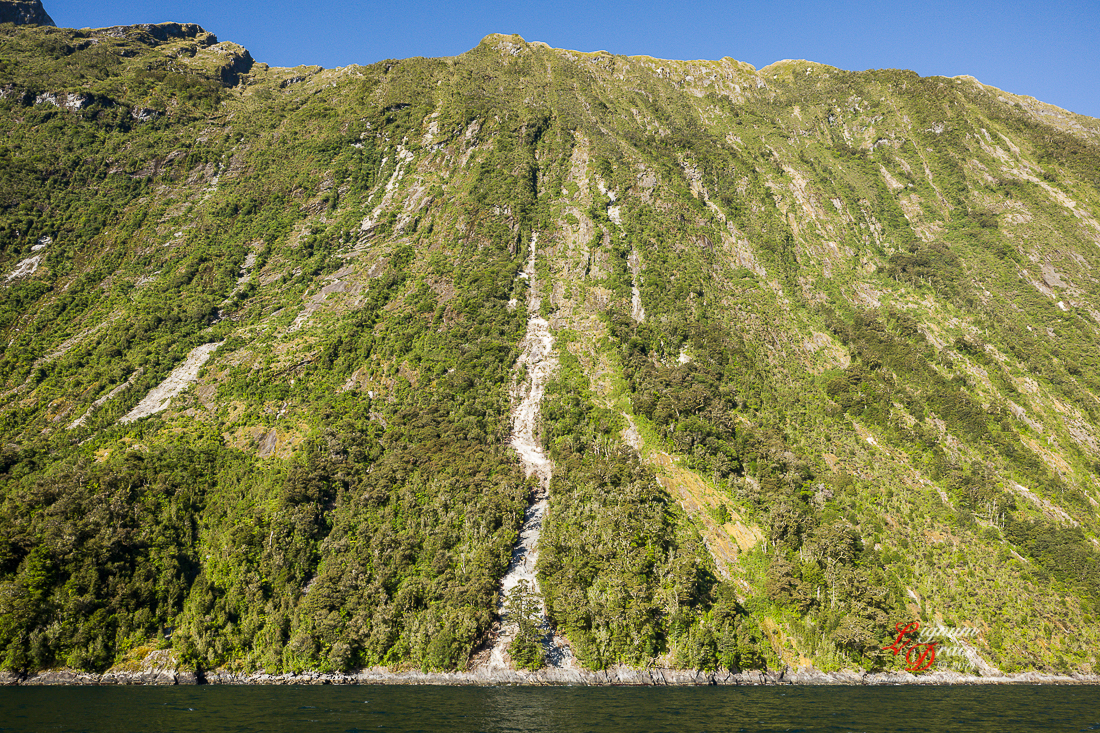 The fiord’s cliffs rise vertically from the dark waters, mountain peaks scrape the sky and waterfalls cascade downwards from as high as 1000 metres. 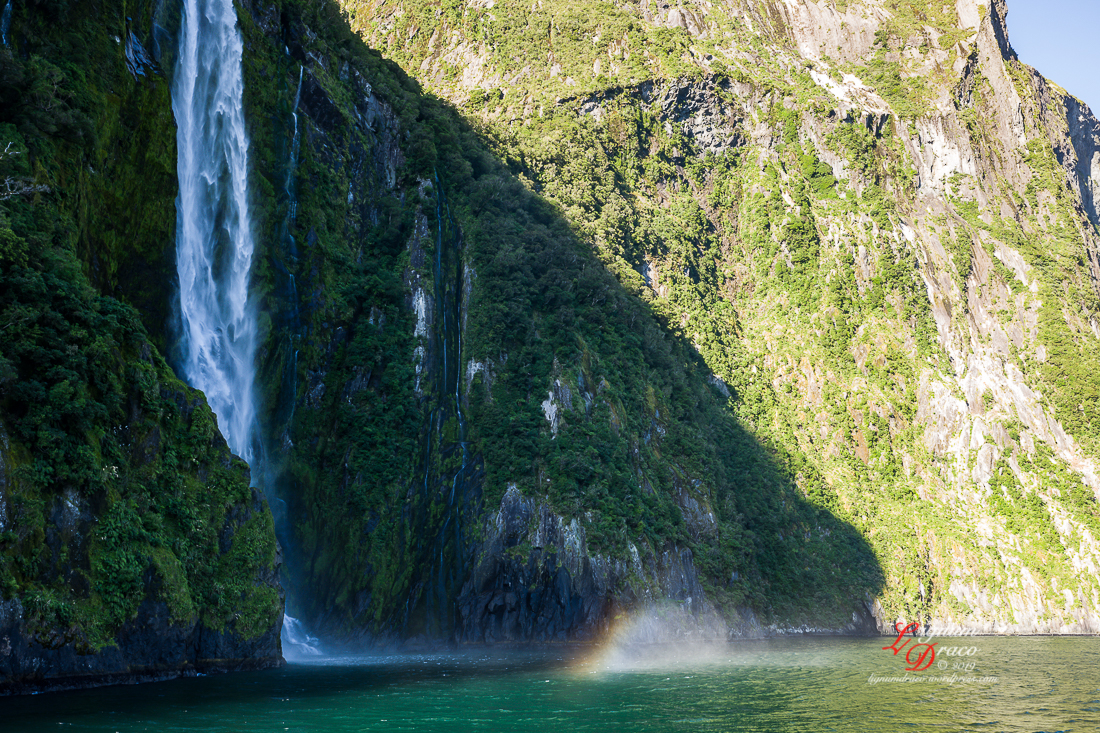 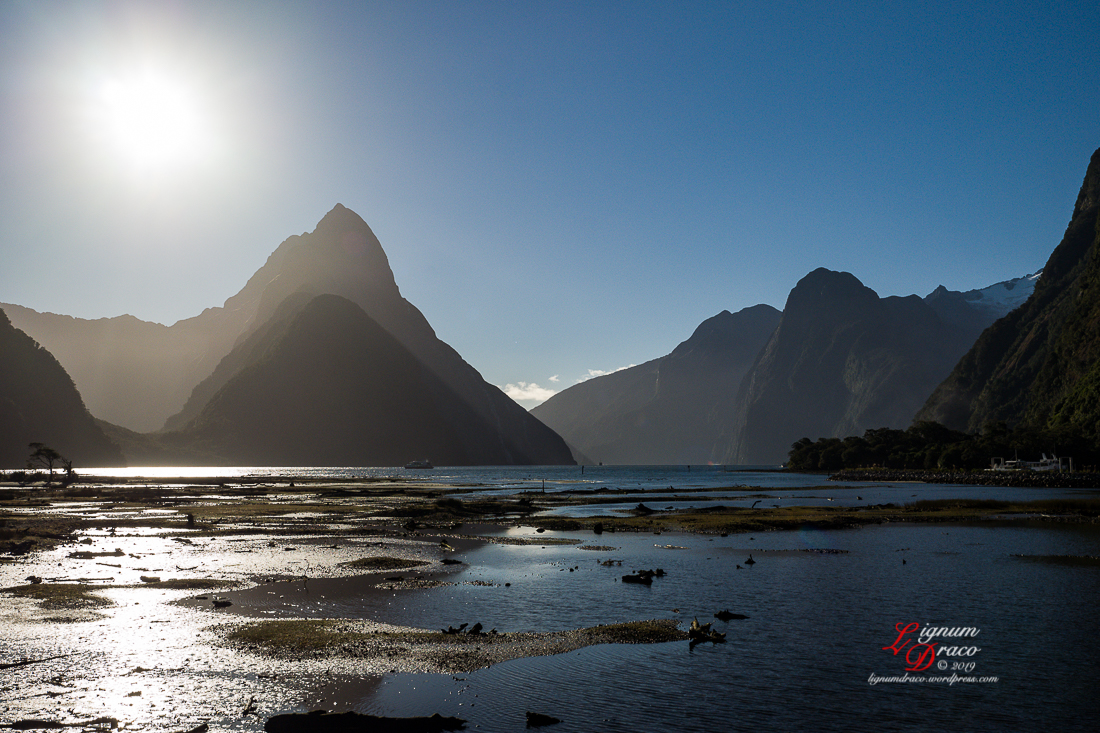 The icon of Milford Sound is Mitre Peak, the towering peak in the background above. 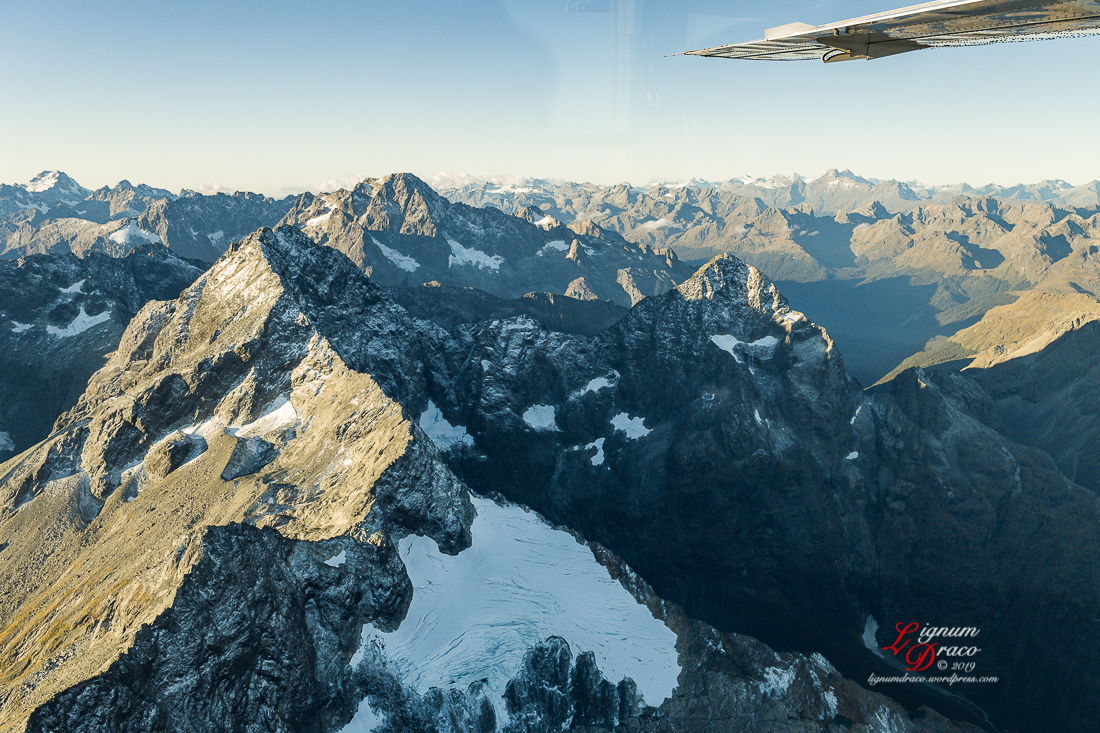 Rather than return to Queenstown by road, after the cruise I’d prearranged a charter flight to take me back to Queenstown which offered stunning views as it skimmed over snow covered mountain ranges and high mountain lakes.

This is Part 2 of my trilogy of New Zealand 2019 photo series.

Part 1 of this trilogy was Above Queenstown: The flight of the dragon

Part 3 of this trilogy is Otago and that Wanaka Tree

52 thoughts on “Milford Sound and Sights”