In 2017 I visited the Queenstown region of New Zealand.

In 2018 I visited the Auckland region of New Zealand.

In April this year I returned to the Queenstown region. This is the final post in a trilogy of posts about my most recent trip there. I didn’t have a car so my photos are limited to where I could catch a bus to or walk to.

Above is the view looking out over Lake Wakatipu from the beach at Queenstown, practically a 3 minute walk from where I was staying. 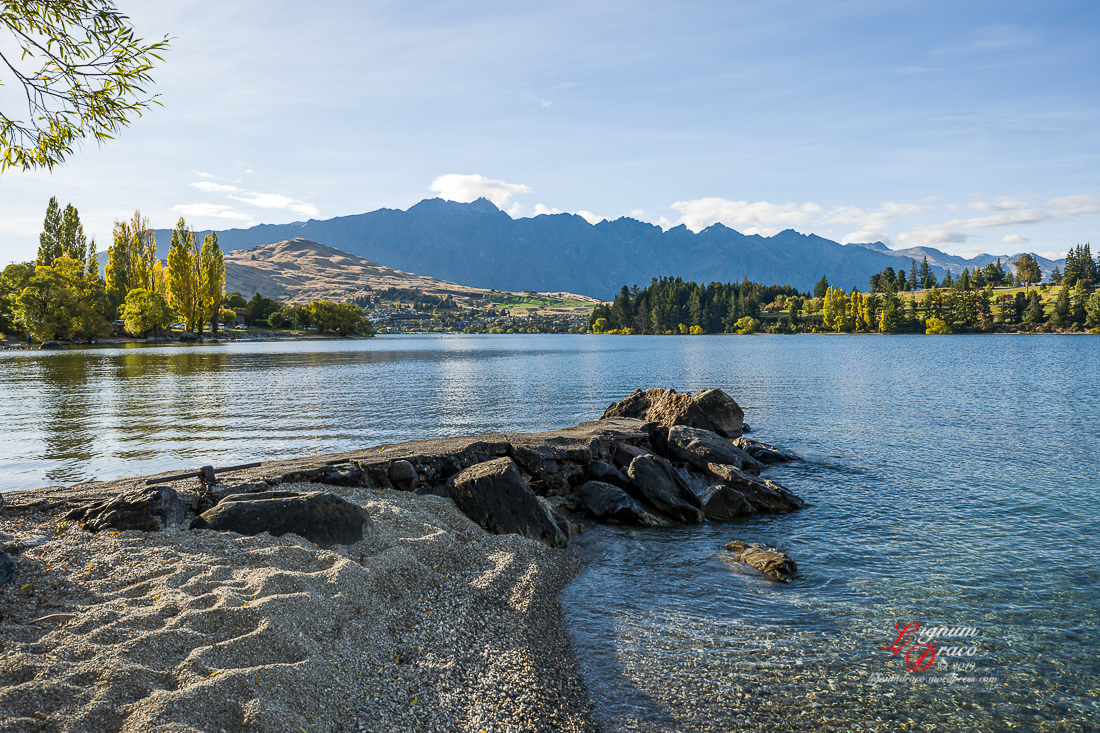 This is a view looking across the Frankton Arm of Lake Wakatipu. The mountain range in the background is The Remarkables and the hilltop in front of it is Deer Park Heights which I visited and posted about before. Deer Park Heights was the site of filming for several scenes in The Lord of the Rings trilogy and is private property, now closed to the public.

Just outside of Arrowtown is the Arrow River, which was used as the location for the scene in the Fellowship of the Ring where Arwen challenged the Nazgûl while rushing the injured Frodo to Rivendell.

Further out from Arrowtown I was hiking along a mountain trail when I saw the Ute below. Living in the city, I find it inherently satisfying to see a 4WD being used for what it was designed for, not just for taking children to school.

Wanaka is a small town, known more as a ski and summer resort town in the Otago region of the South Island of New Zealand. It is situated at the southern end of Lake Wanaka, at the start of the Clutha River, about an hour’s drive from Queenstown. It is considered the gateway to Mount Aspiring National Park, a World Heritage Site. In Wanaka I spent a few hours simply wandering around enjoying the beautiful weather and scenery. It was mid Autumn and there’d been a recent cold snap and heavy rains which meant there were snow-capped mountains and plenty of water in the lake.

“Otago and that Wanaka Tree”

Do you know about that Wanaka Tree?

Standing in Lake Wanaka is a lone willow tree, just off the shore at the south end of the lake, said to have been there since at least 1939.

Christchurch photographer Dennis Radermacher took a photo of this tree on a misty June day which won the 2014 New Zealand Geographic photograph of the year.

As a result, this tree suddenly became famous. The hashtag #thatwanakatree now has over 52000 posts on instagram.

In my post from 2017, Dragon Tales of Middle Earth: Wanaka, the tree and lake looked like this.

What a difference the significant rains before my arrival made.

One evening in Queenstown I just watched the sun set. 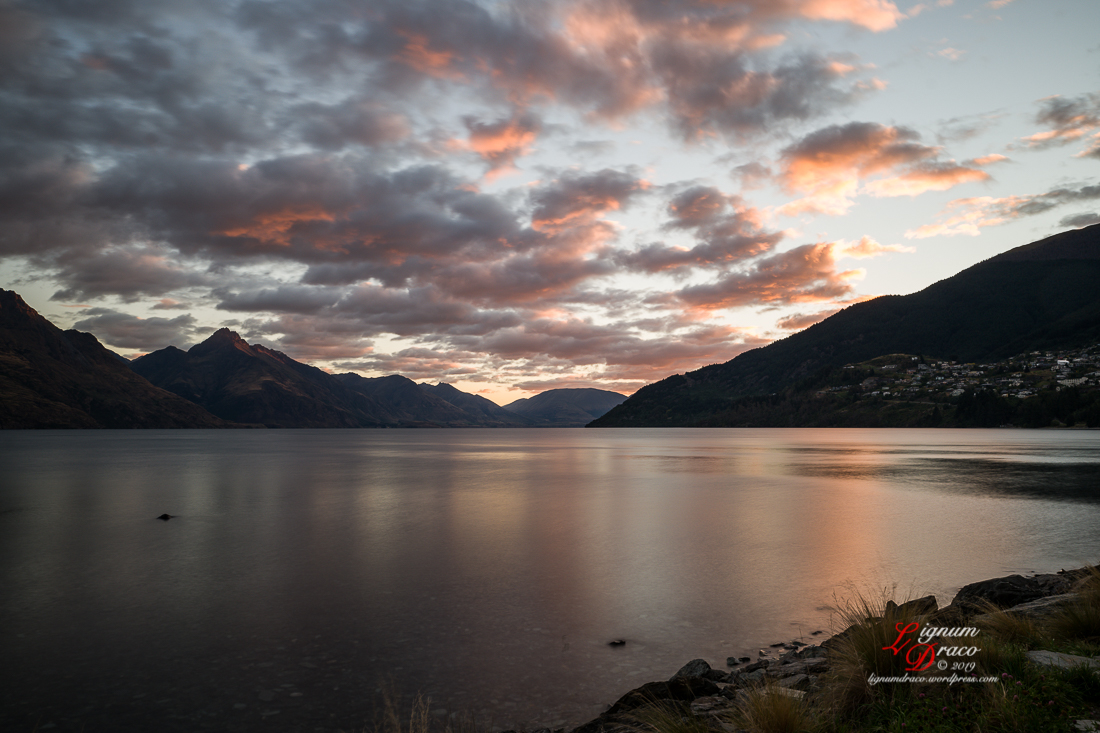 That’s never a waste of time. 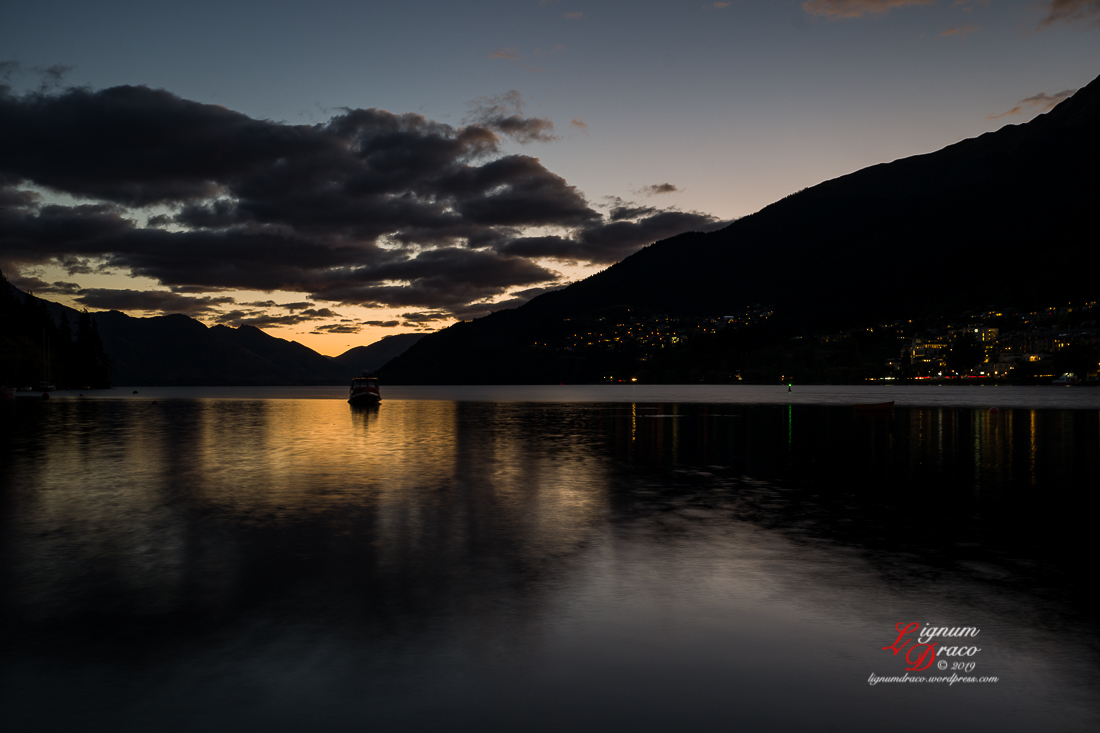 This completes my trilogy of New Zealand 2019 photo series, from my visit in April.

Part 1 of this series was Above Queenstown: The flight of the dragon

Part 2 of this series was Milford Sound and Sights

56 thoughts on “Otago and That Wanaka Tree”