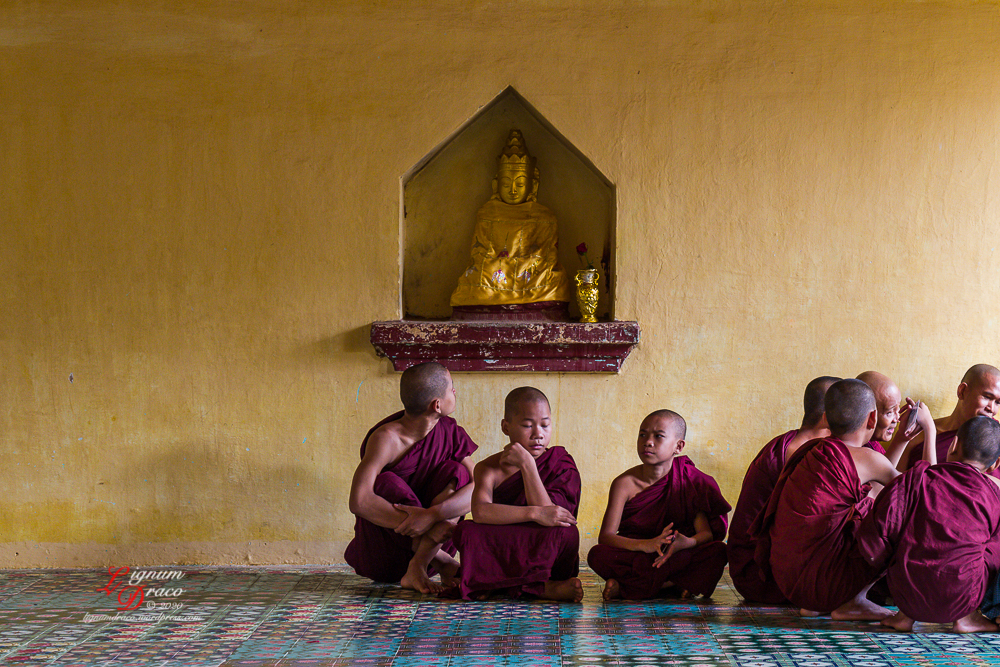 “An audience with young monks”

Before arriving in Myanmar I was hopeful of seeing and photographing some Buddhist Monks, up close and personal. Beyond my wildest dreams, that chance came in Bagan.

The story of this post begins the evening before the day of the full moon of Tazaungmon, the eighth month of the Burmese calendar. It is the time the Burmese celebrate the Tazaungdaing Festival (Burmese: တန်ဆောင်တိုင်ပွဲတော်), also known as the Festival of Lights. It is a national holiday in Myanmar and marks the end of the rainy season. It also marks the end of the Kahtein season, during which monks are offered new robes and alms.

For the evening before the day of the full moon, my guide in Bagan suggested we go out to a temple complex, where there would be illuminations. 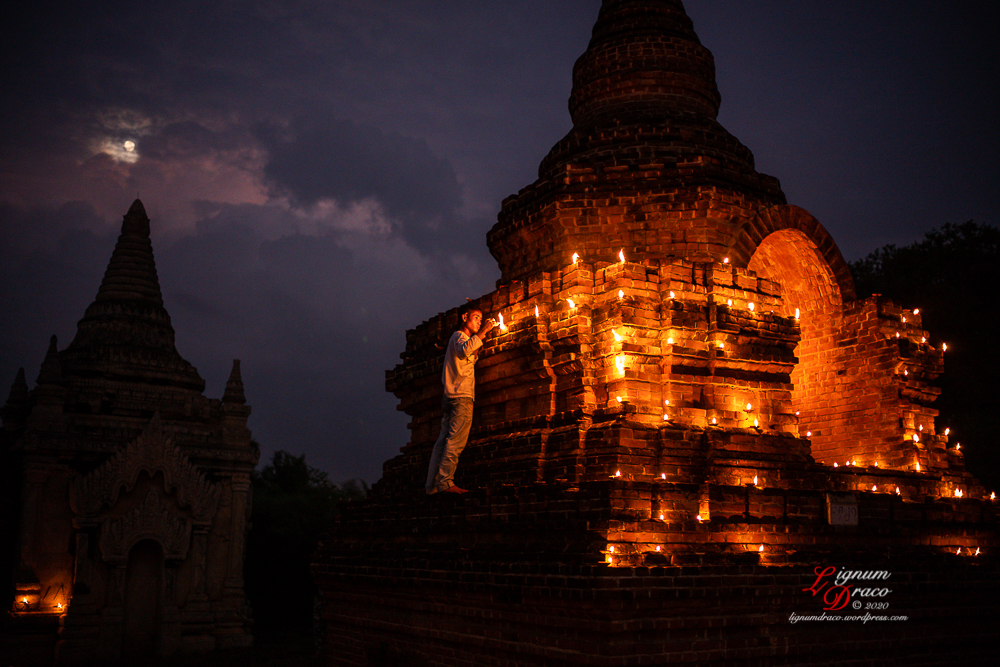 Locals light candles on and around the temples. It creates a beautiful ambience. 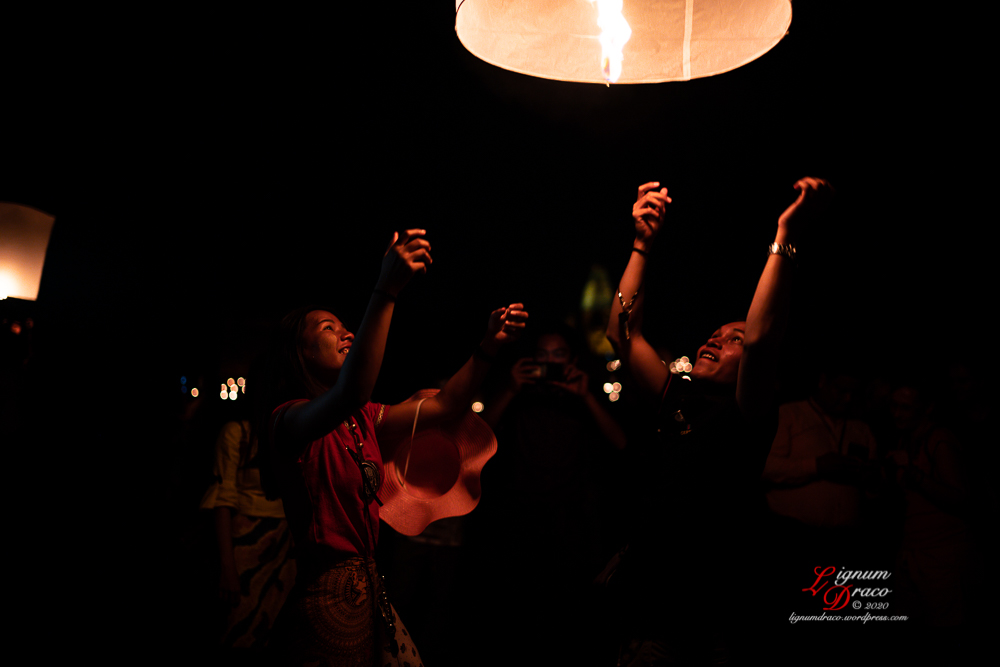 Locals also light candles inside lightweight paper lanterns. As the air heats up, the lanterns take flight into the cool night air. I can assure you it was quite a delight to see one’s balloon take flight. 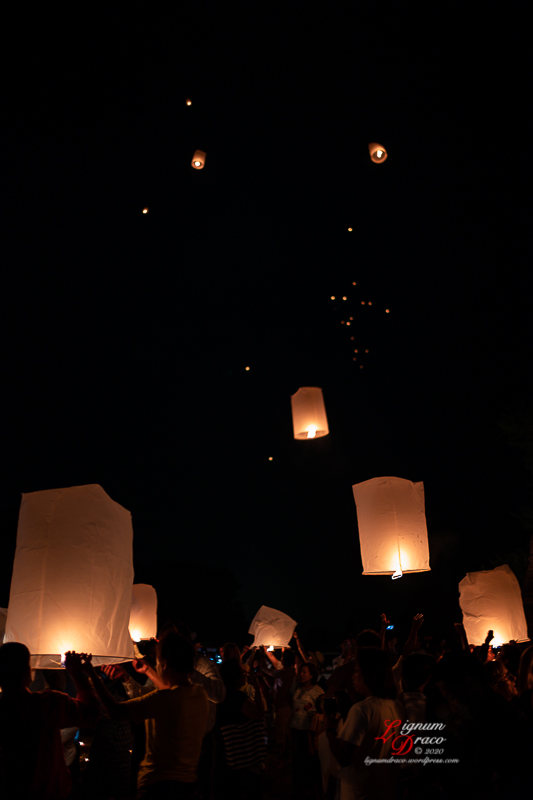 Of course there were hundreds of paper lanterns taking flight that night. As you might expect, a few catch fire and never make it into the sky. 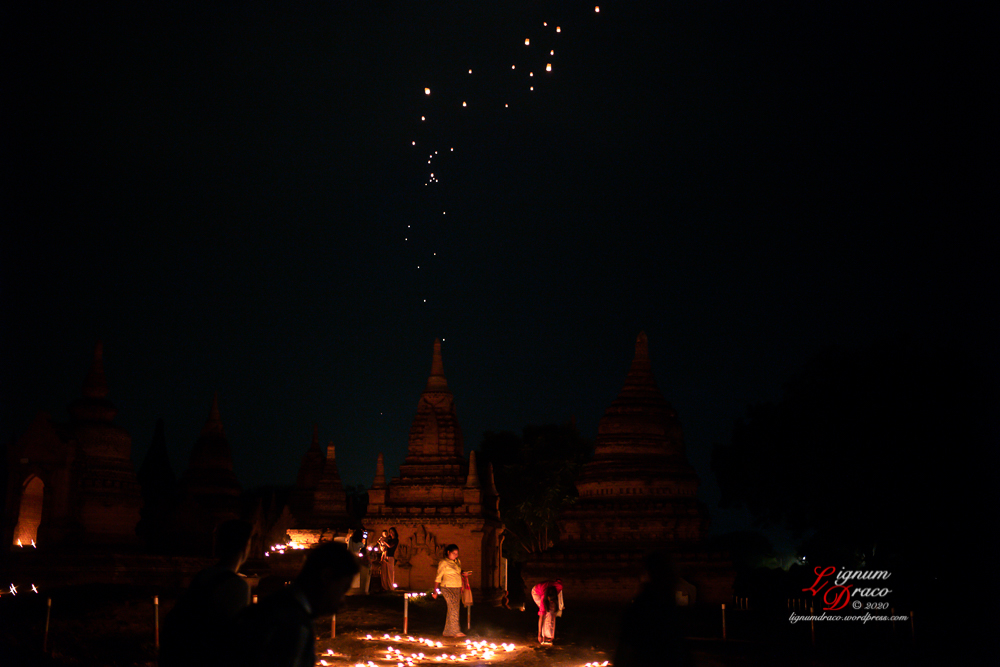 The sight of all those balloons floating away was quite special.

Then my guide told me that in Taunggyi, about 230km to the east, the locals attach fireworks to their balloons which then explode overhead. OK, I’m adding that to the list for next time.

The next morning, the actual day of the full moon, my guide took me to the Shwezigon Pagoda where Buddhist Monks from all the surrounding temples were gathering to celebrate and collect alms from well-wishers. This was my chance to meet and photograph a few monks. 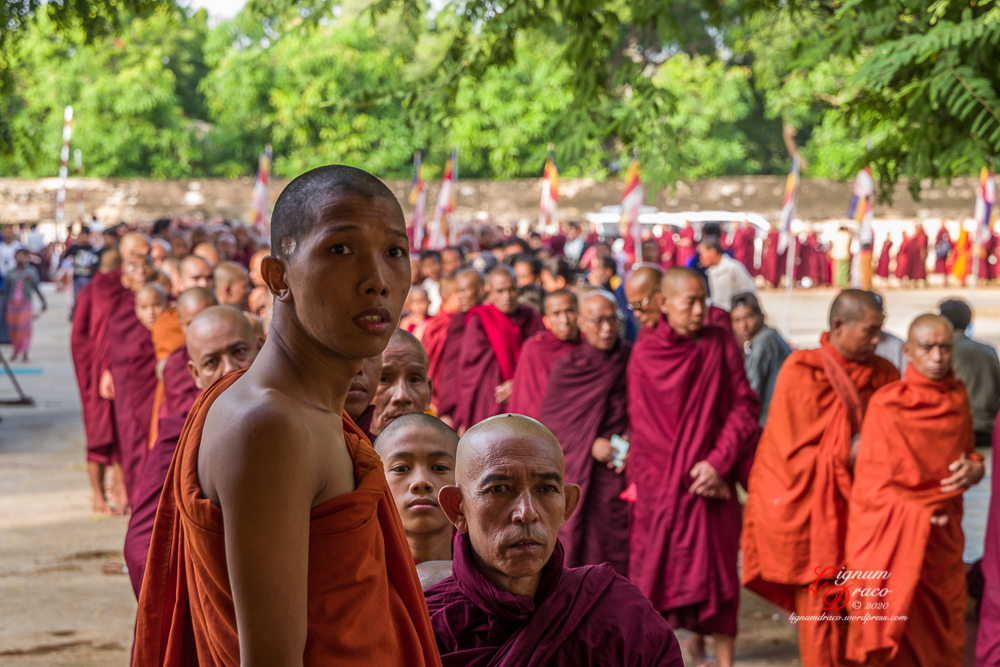 “Did someone say they wanted to see monks?”

In fact, over a thousand monks were at the Shwezigon Pagoda Complex that morning, many of them queued outside waiting for their turn to enter and gather alms as part of the Tazaungdaing Festival. I instantly checked my bag and was grateful I had the sense to bring 3 camera batteries along that day. Here are a few random photos… 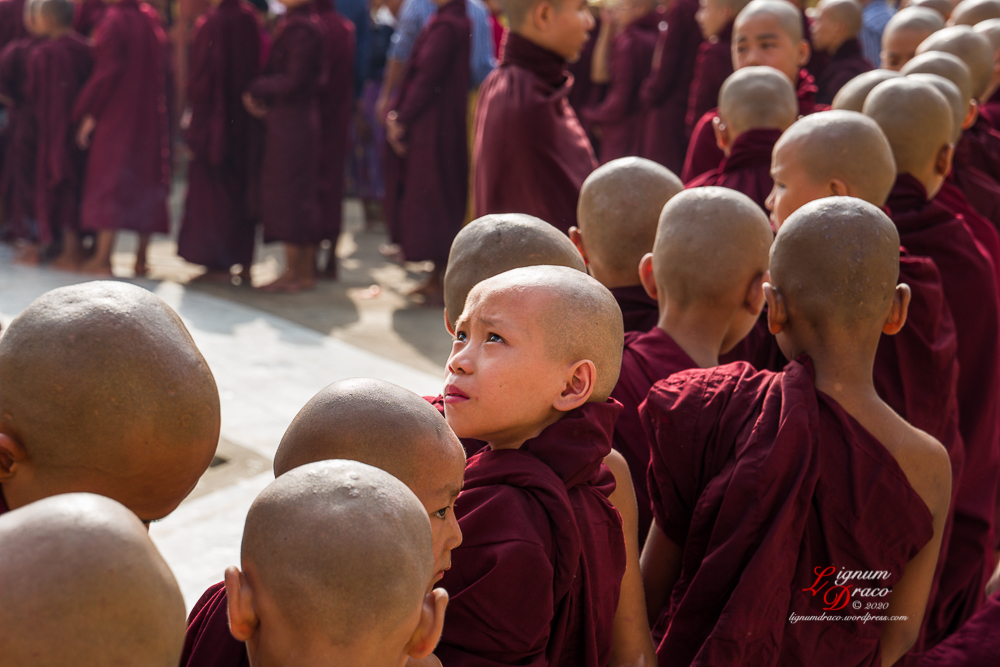 For the monks it’s like waiting in line at a tourist attraction. Outside they are given a numbered ticket which determines their position in 2 massive lines. At the outer hall of the Pagoda Complex, an usher helps them progress to join a single queue which continues into the centre of the Complex. Then when they reach the front of that queue they finally get the chance to walk a set path through the crowds to collect alms. 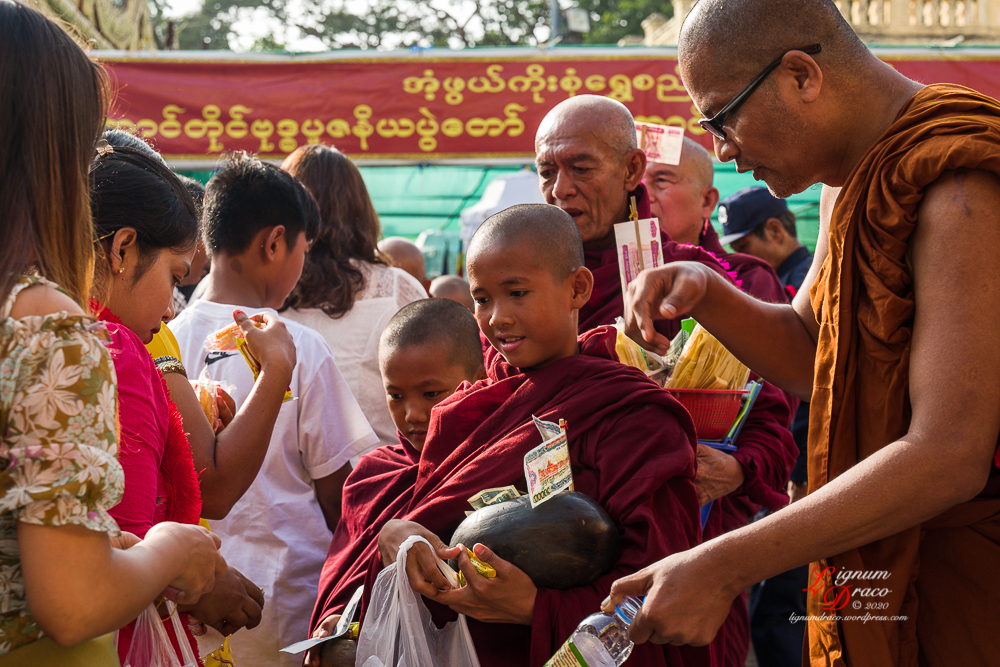 After waiting dutifully in line, the monks eventually get their turn to walk through the crowd and collect alms for their monastery. 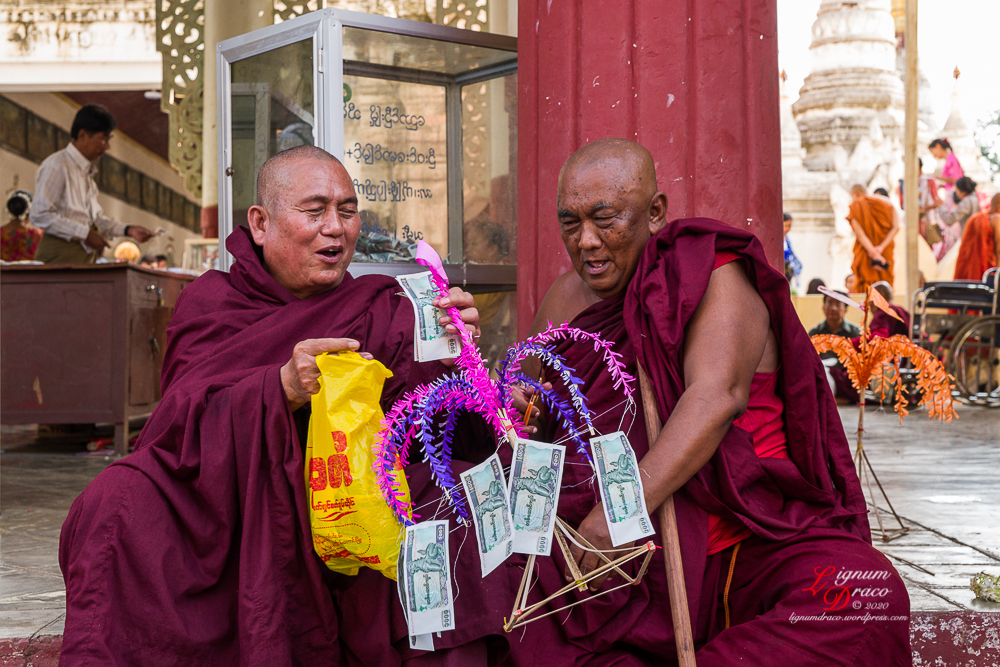 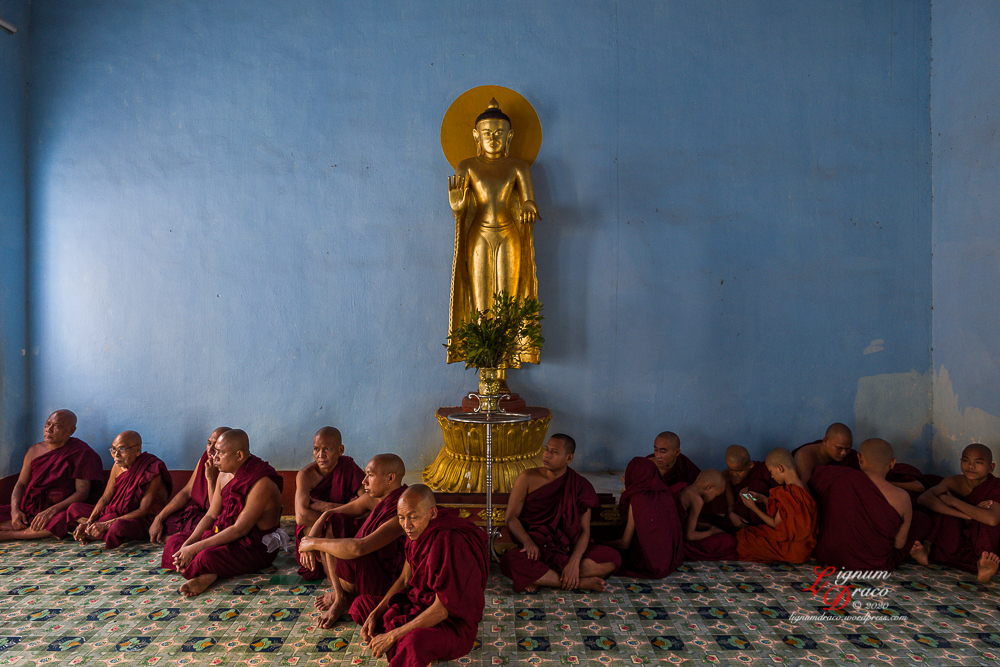 There were monks of all ages everywhere you looked. 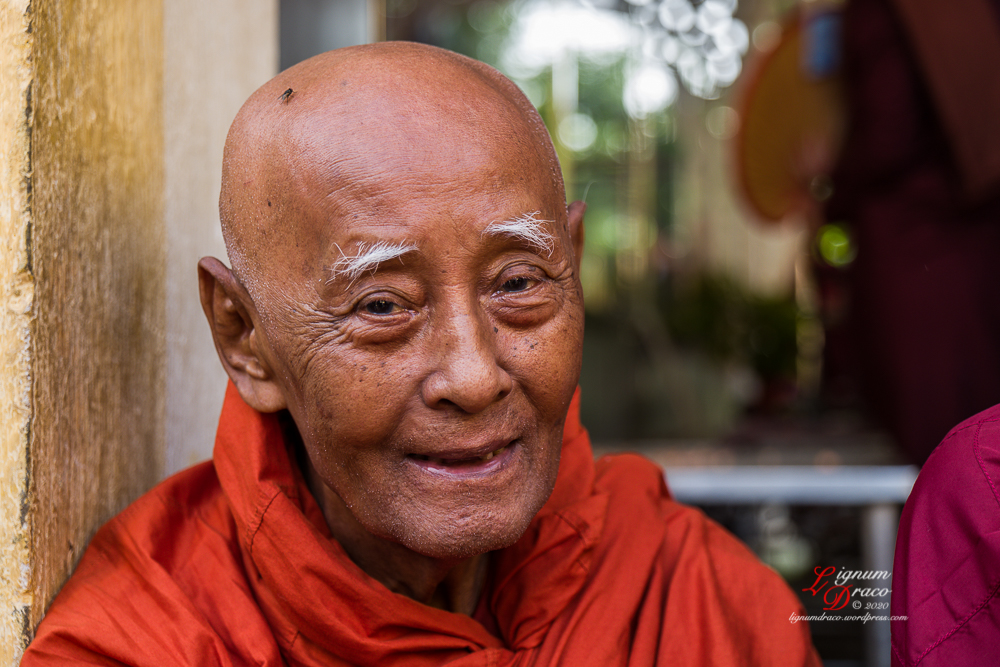 “A smile from the master”

After a few minutes photographing this senior monk, I showed him some of my photos of him on the back of my camera. The other monks around him looked and laughed. He gave me a smile and ran his fingers slowly over his eyebrows. He knew what made him particularly photogenic. 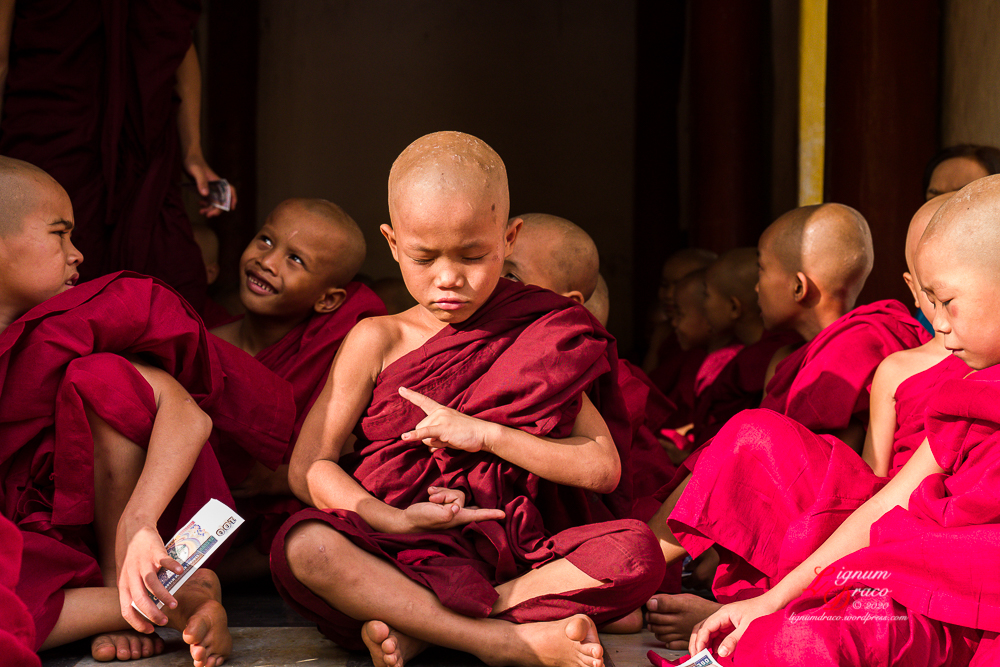 Surrounded by other young monks with money they’d collected, and a strange guy with a camera right in front of him, this young monk retreated into solace. 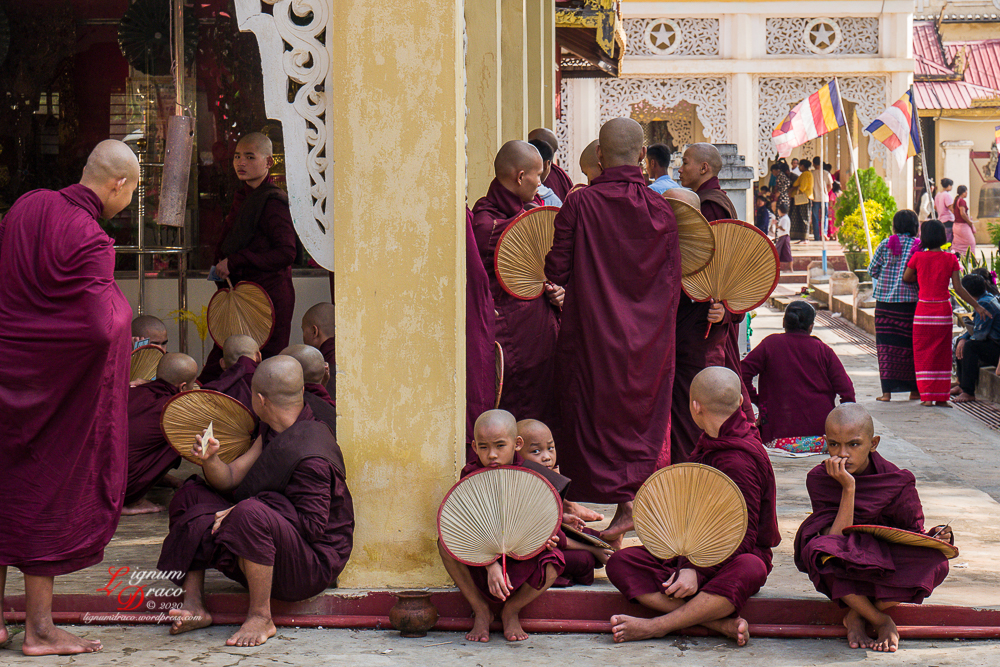 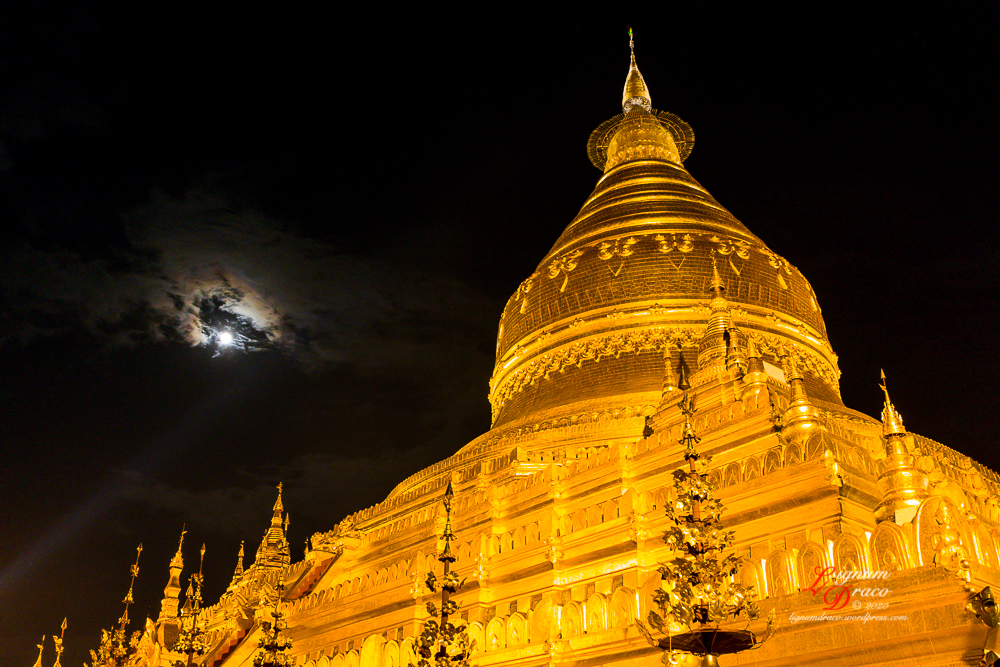 That evening I returned to the Shezigon Pagoda and saw the full moon over the Pagoda. Again, the pagoda complex buildings were illuminated with candles and a massive crowd was there. Not as many monks as in the morning though.

The Shwezigon Pagoda is a Buddhist temple located in Nyaung-U, near Bagan. A prototype of Burmese stupas, it consists of a circular gold leaf-gilded stupa surrounded by smaller temples and shrines. Construction began in 1059–1060 AD and was completed in 1102 AD. Over the centuries the pagoda had been damaged by many earthquakes and other natural calamities, and has been refurbished several times. This pagoda is believed to enshrine a bone and tooth of the Gautama Buddha. 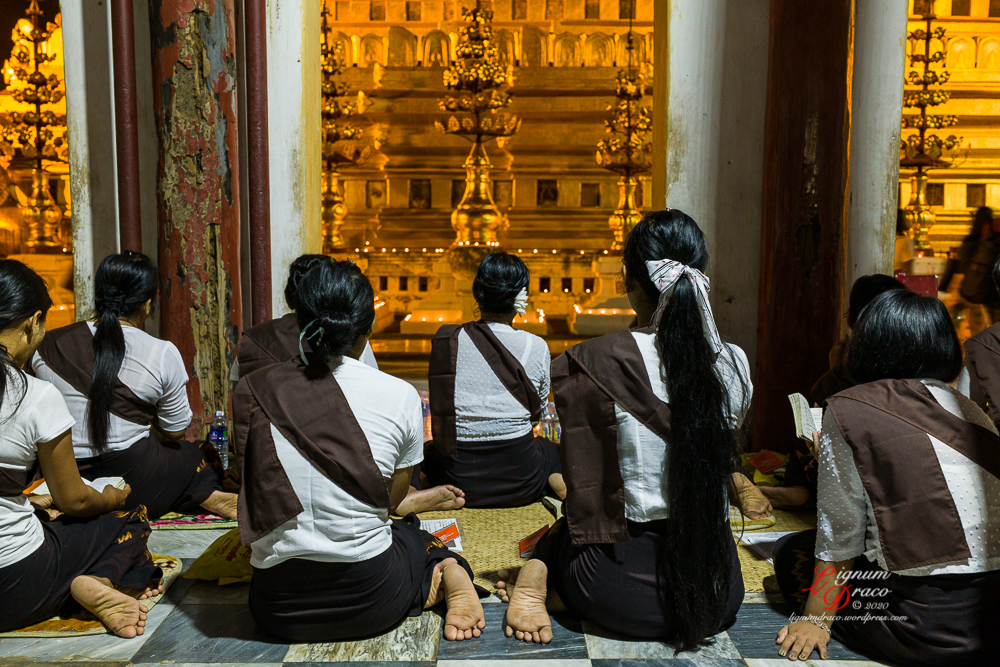 A major feature of the evening celebrations were groups of local women chanting religious verse in lyrical unison.

It was a long day for me. And then I had to be up at 4am the next morning for my balloon flight over Bagan.