For my first post of the year, a blockbuster title just seemed appropriate. 🙂

Angkor is a large region, north of the Tonle Sap Lake in Cambodia, where the Khmer kings ruled from the 9th century to the 15th century. Each king would build temples as their legacy in stone, to honour the Hindu and Buddhist deities they worshipped. In time the Khmer empire subsided and the temples were forgotten, doomed to be lost to the jungle. It was only within the last 100 years or so that the temples (in varying states of decay) were “rediscovered” and reclaimed from the jungle. Many of the temples are undergoing restoration, but being one of the poorer countries of this World, money dries up quickly and work stops, perhaps never to be resumed.

In this short series of posts, I will present photos of some of the 31 temples I visited across the Angkor region, venturing with my guide as far as the northern and the western borders of Cambodia with Thailand. 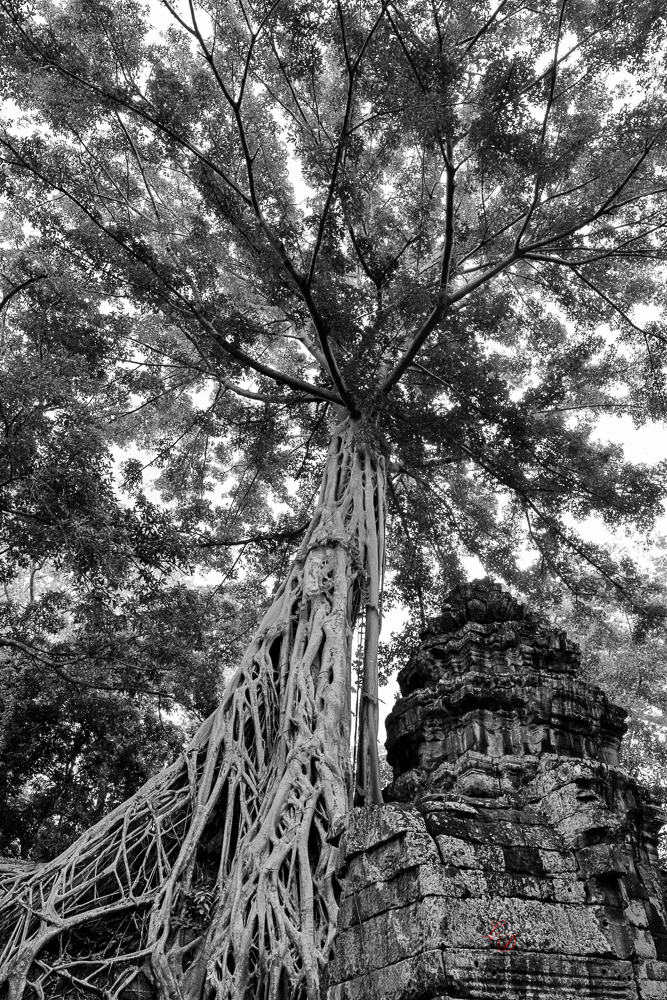 These first 4 photos were taken at Ta Prohm, perhaps one of the most famous of the temples due to the giant trees that have overgrown and grow on the temple. Also, appearing as a backdrop to Angelina Jolie in the Tombraider movie may have boosted its fame. As a result of its popularity, tourist hordes descend upon it daily. Against the odds, I was lucky to get some decent wide shots with no tourists in view. 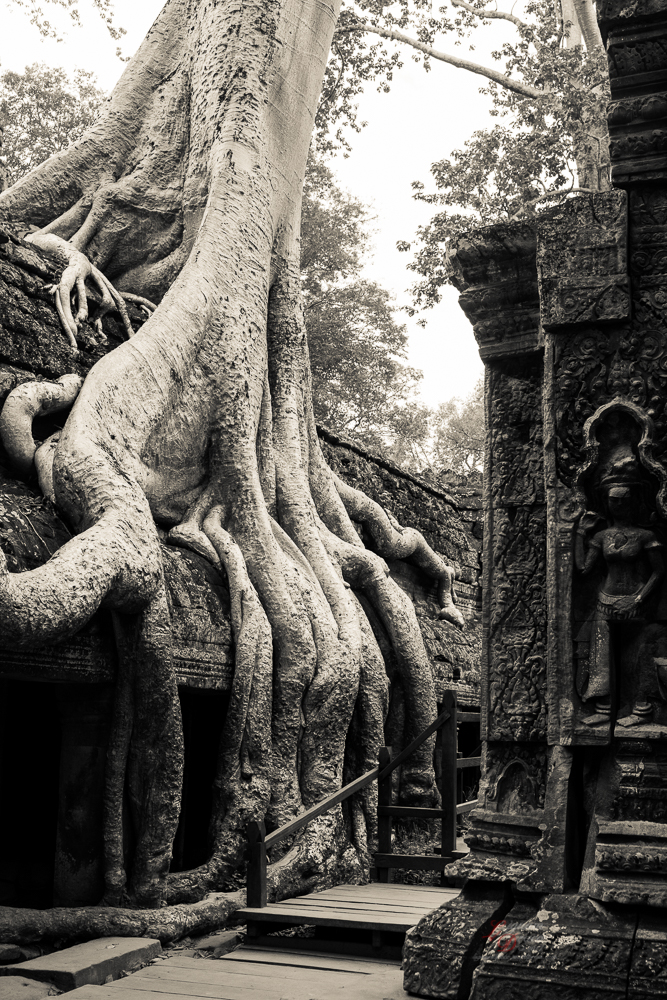 Due to the large crowds, the authorities decided to install walkways to protect the area. Sadly, at least to me, this detracts from the character of the location. 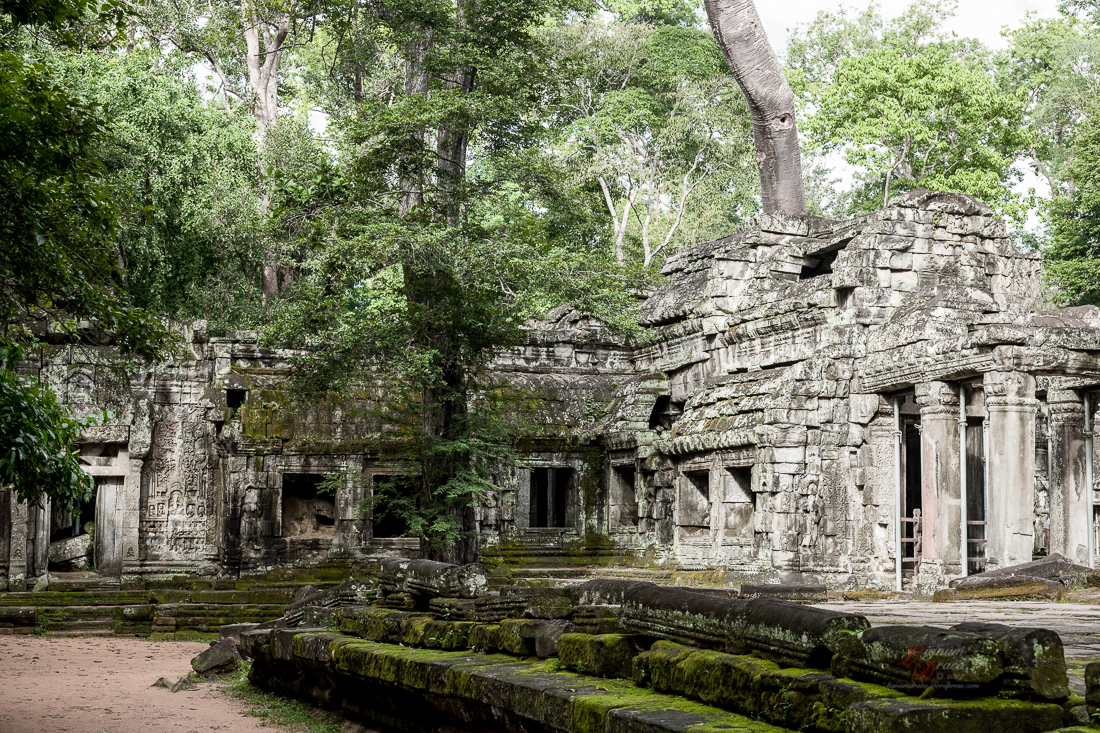 Would you believe the title for this series came to me as I was booking my flights online? 🙂

Above and the following 3 photos were taken at Banteay Kdei, another temple overrun by the jungle. I purposefully used a photo with a man in it above for perspective.

The beauty of the hand carvings from so long ago is incredible.

The mix of photographic editing is deliberate. The vintage cream treatment really appeals to me for this location.

Note the stones were all laid by hand with no bond or cement between them. 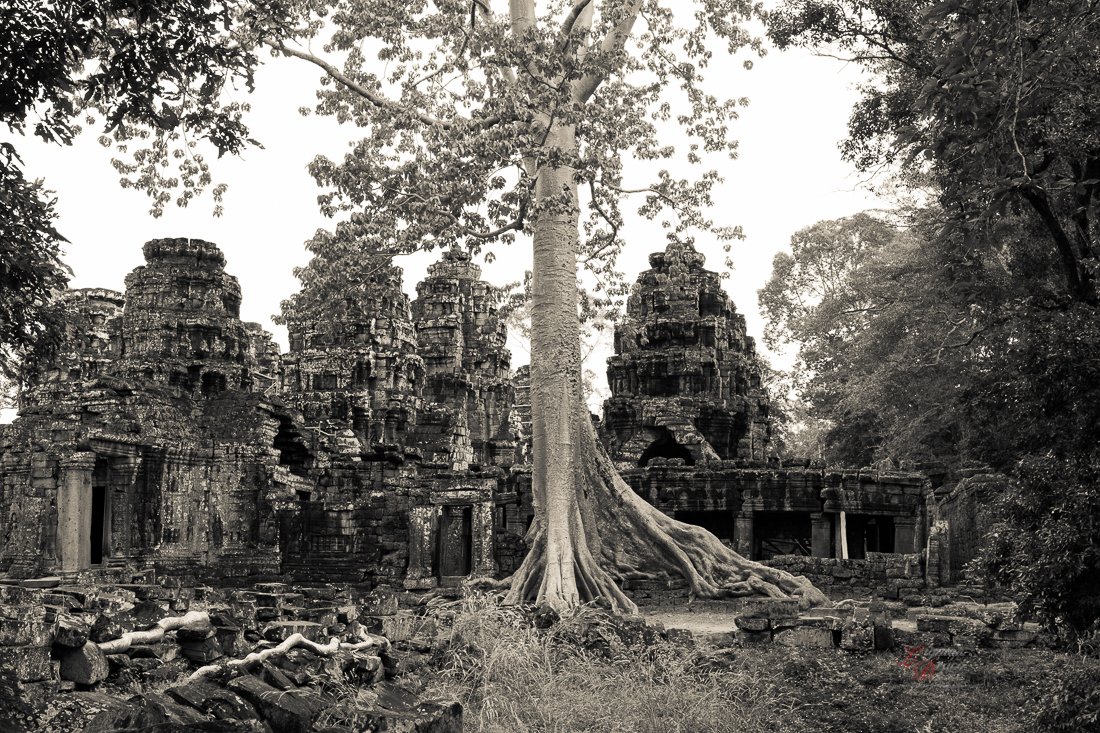 Finally in this post, are some shots of Pre Rup, which has virtually unobstructed views to the west. Approaching sunset it is standing room only at the top. 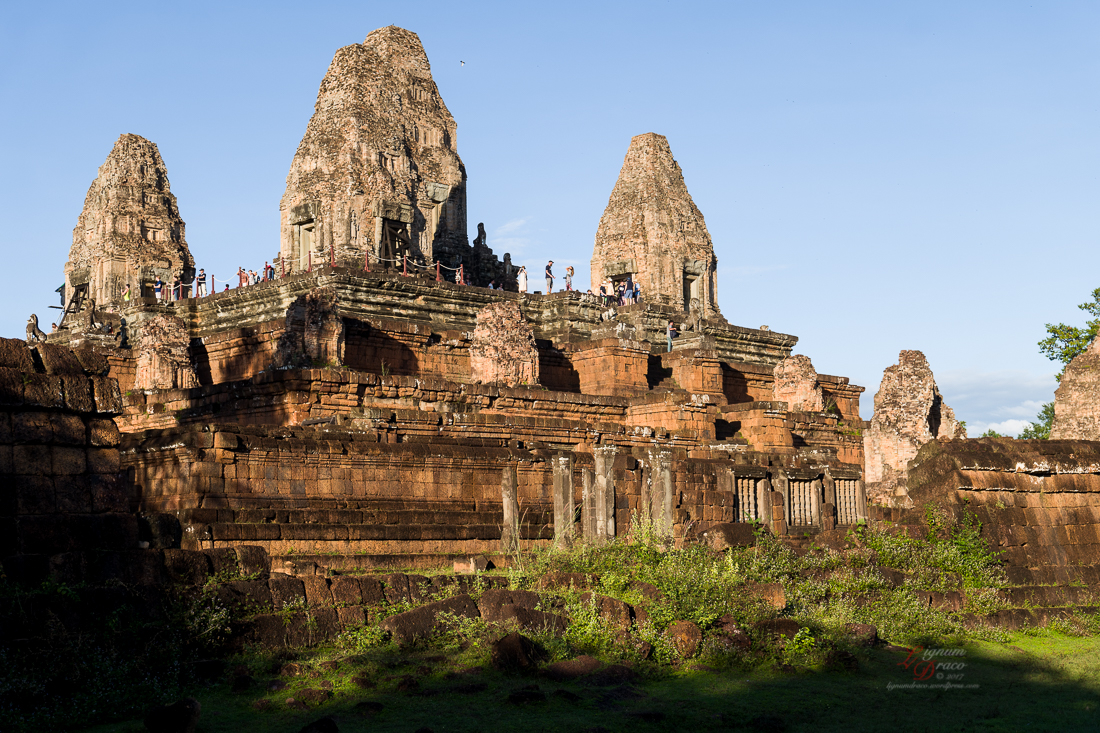 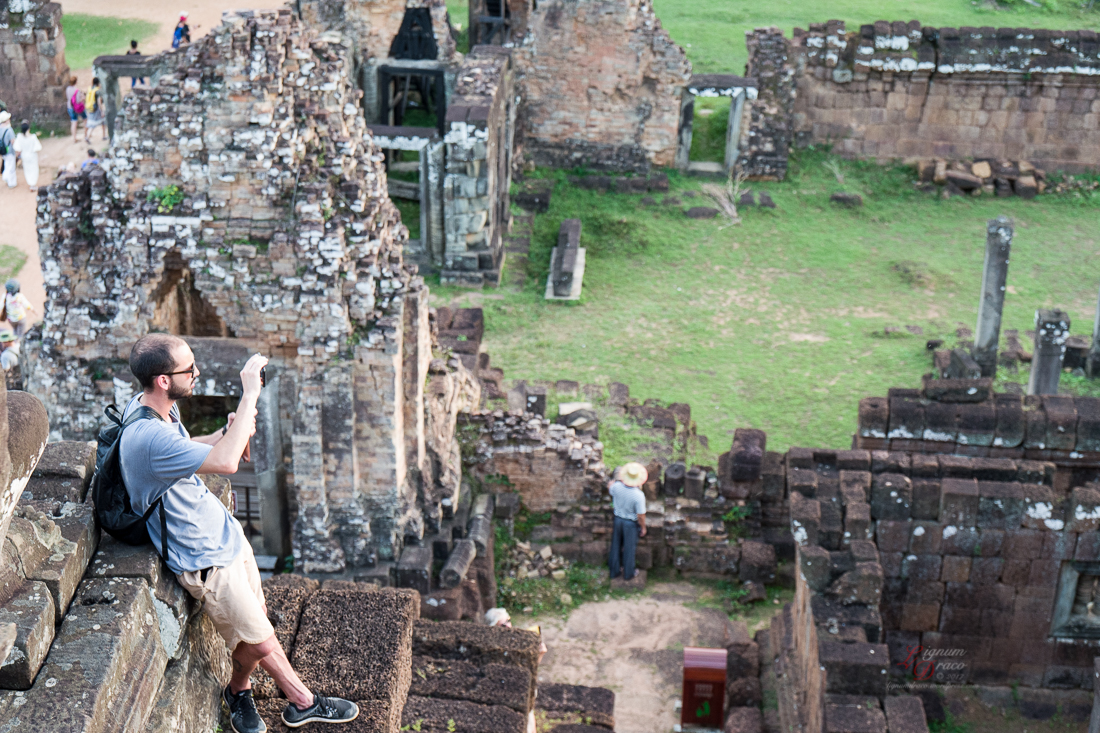 Edit: I’ve just seen Paula’s latest Photo challenge and this is one of the uncommon times when I can contribute.

114 thoughts on “Lignum Draco and the Temples of Doom”