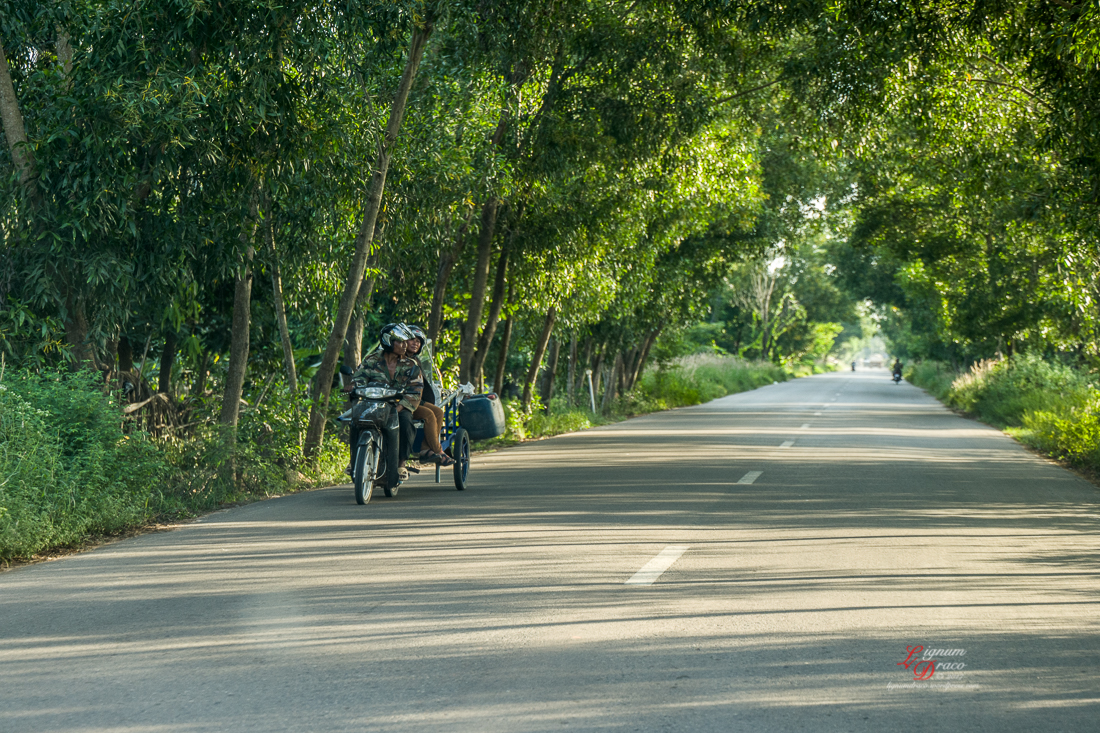 Let’s venture out of Siem Reap and away from the Khmer temples to sample the Cambodian countryside and village life.

If you’ve been following my Lignum Draco and the Temples of Doom series (4 parts so far, to be continued), you’d be excused for thinking Angkor is all about the ancient temples of the Khmer Kings. But there’s more to the Cambodian experience if you have the time. Since I don’t actually know where I was for several of these photos, I think the title, “Lost inside Cambodia” is quite apt. 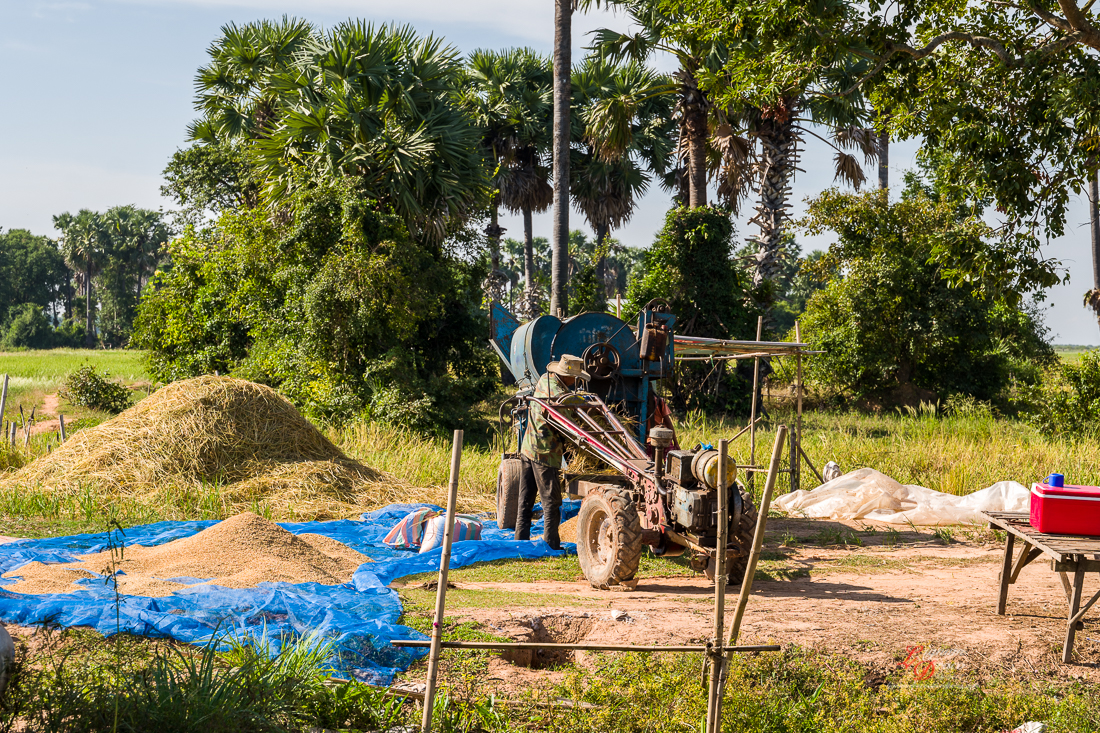 In many of the villages I visited, rice farming is a common source of income. It is grown in any suitable area they can find, harvested, dried in the sun (the road is the best place to do this) and taken to be sold daily. 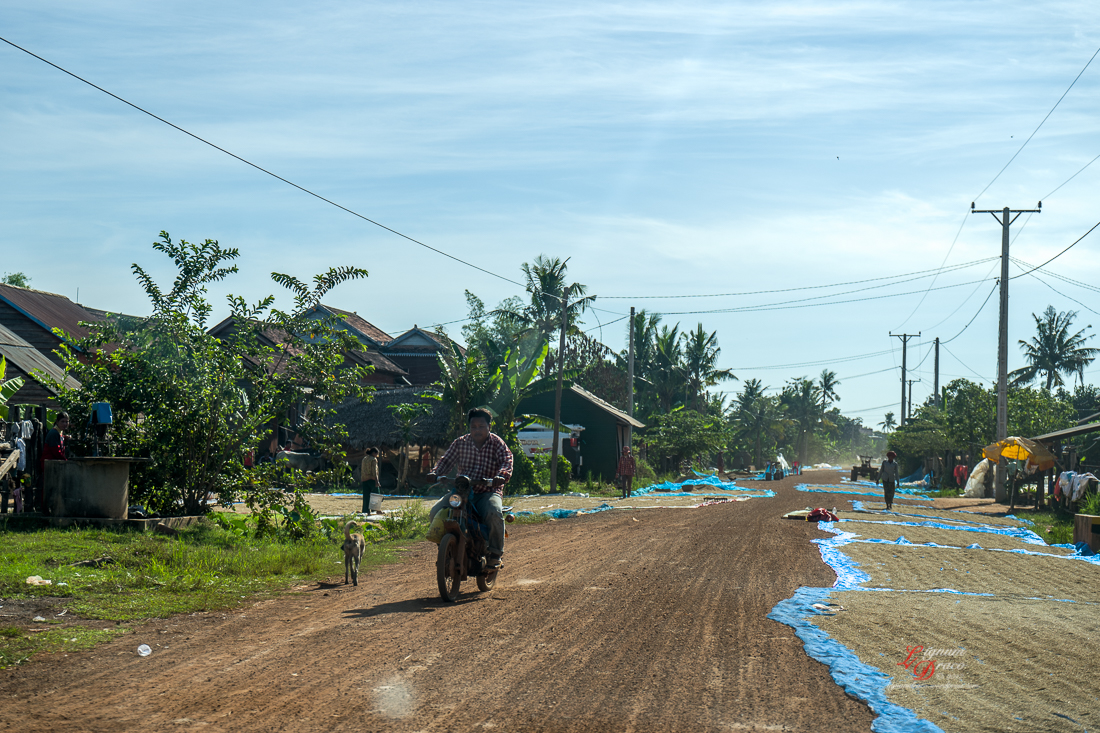 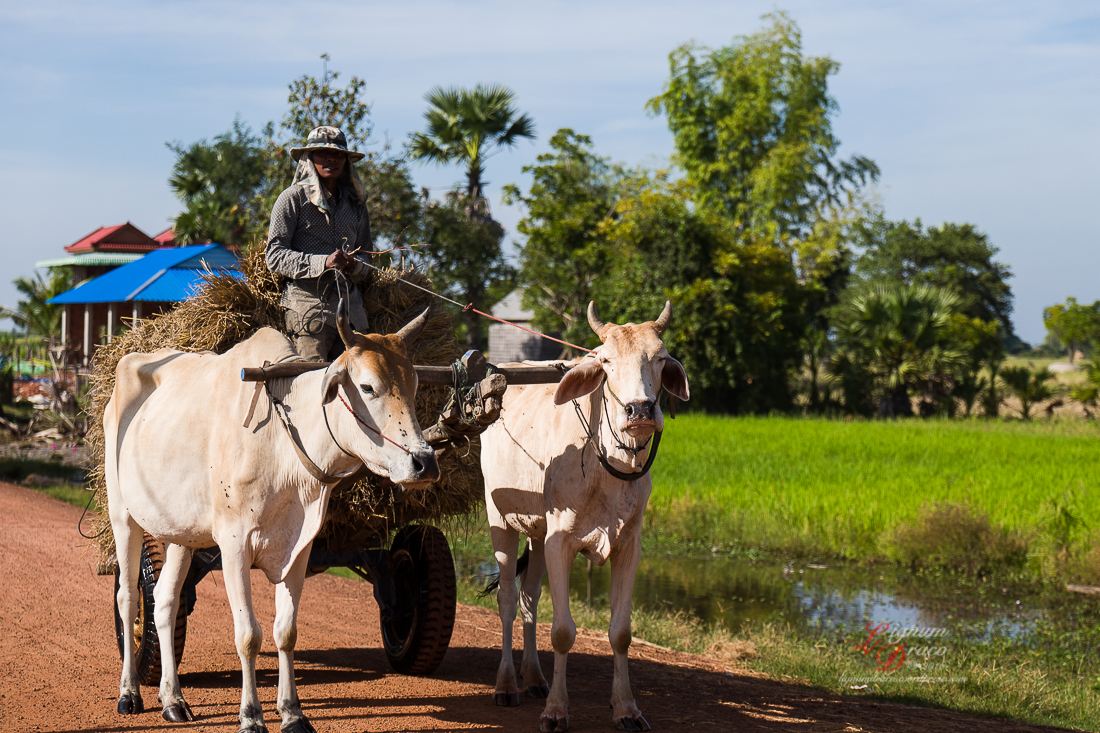 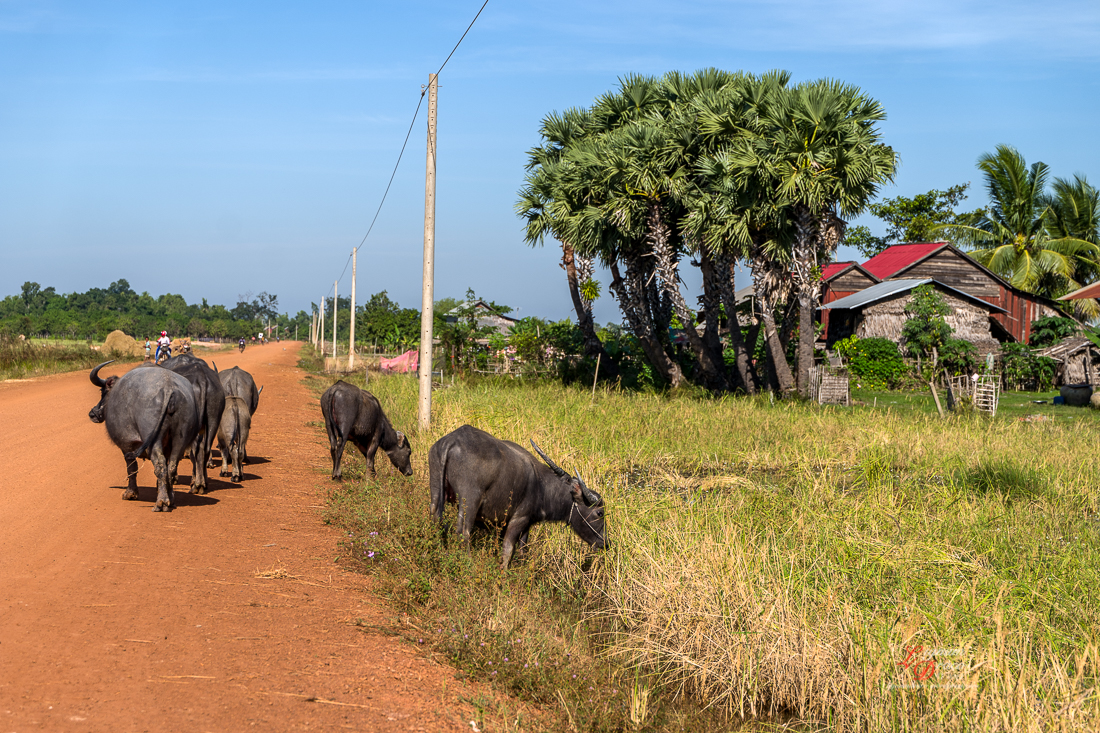 “Out of the way, dopey!” … Crocodile Dundee.

Water buffalo out of water.

A young boy in the water herding his water buffalo.

Some villages are based along or floating on lakes and rivers. Children row their own boats to go to school. 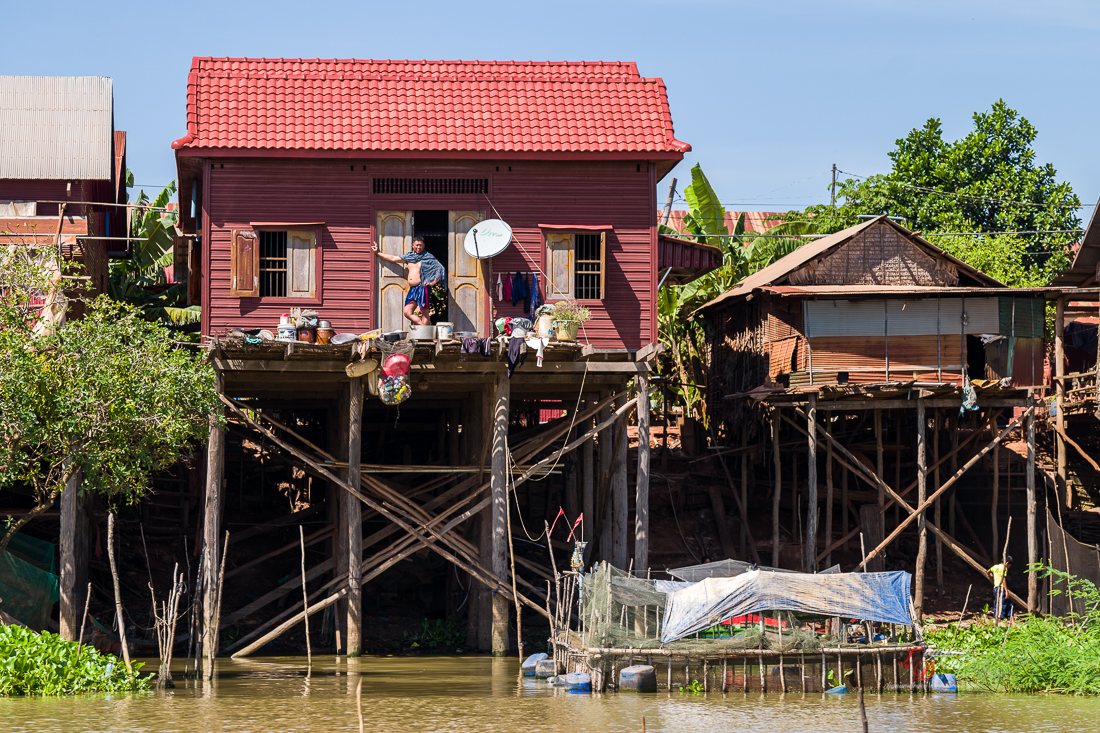 “King of the castle.” 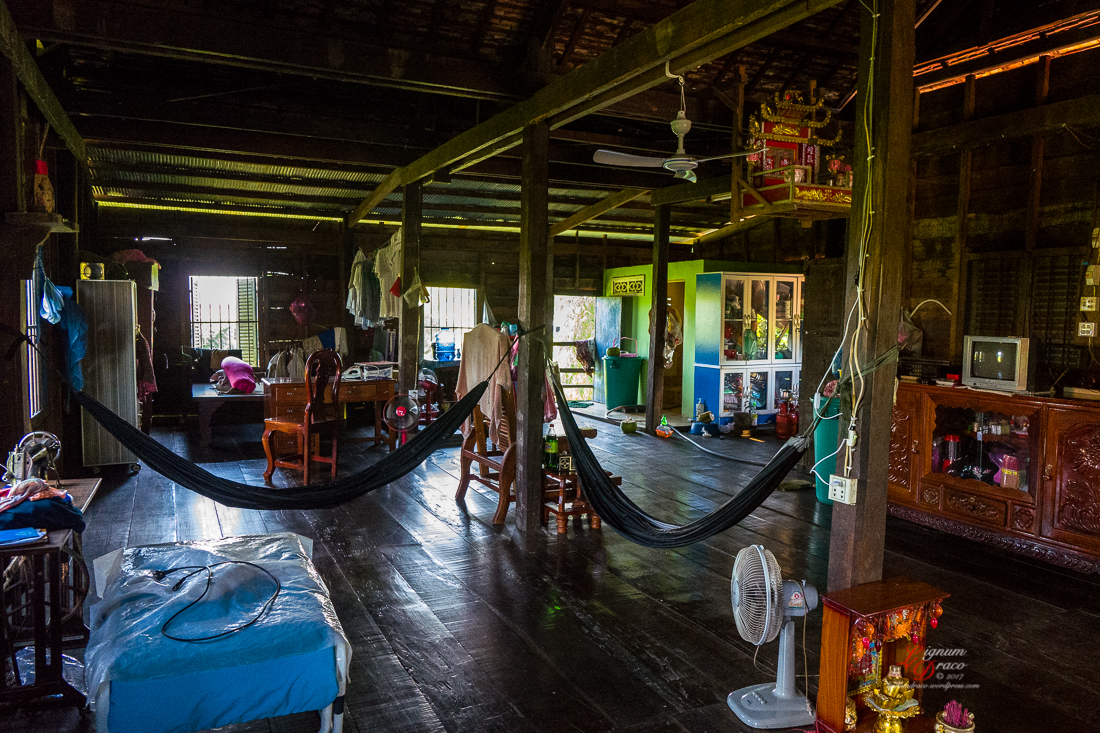 I mentioned previously I was invited into the home of a villager for some food. My host was gracious enough to allow me to photograph her home. Most homes are just one big room, partitioned into various areas. This is the kitchen …

In the 1960s, Cambodia had a good education system and the literacy rate was high. But that system was decimated by the Khmer Rouge. Ideologically, they wanted to ensure that everyone was equal and that there were no social or oppressive classes. Those with an education were considered part of an “oppressive class” and were executed.

After the Khmer Rouge years, schools and the education system had to be built up from scratch. Today only about half of school age children attend school, and even then schools are so crowded that often more than 80 kids are squeezed into a classroom. It is not unusual for schools to have a morning shift for one set of students and an afternoon shift for another group.

We got caught just as the children were being let out of school. These 3 children acted as their own traffic wardens. They would wave their arms and run directly toward any cyclist or motor cycle rider who tried to break through.

Look at all those children staring at me.

I’m not sure why but children seemed fascinated by me.

I was wandering along the road when these 2 children tried to sneak up behind me. Without hesitation, I swung around and took their photo. Caught, they walked on by but I made sure I saw them walk away before turning my back on them again. 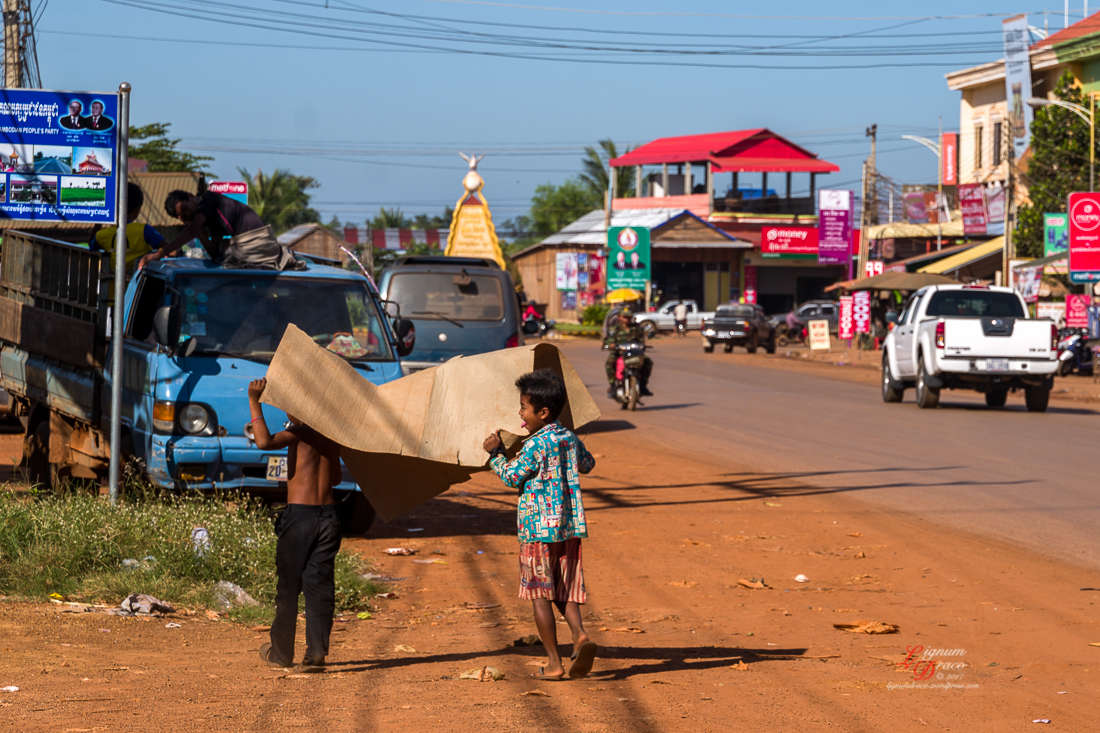 This little guy just rode up to me with his sister and pointed at my camera so I obliged. Not wanting to spoil the moment I committed the sin of not watching my background but the smile he gave me when he saw his photo made up for that error. 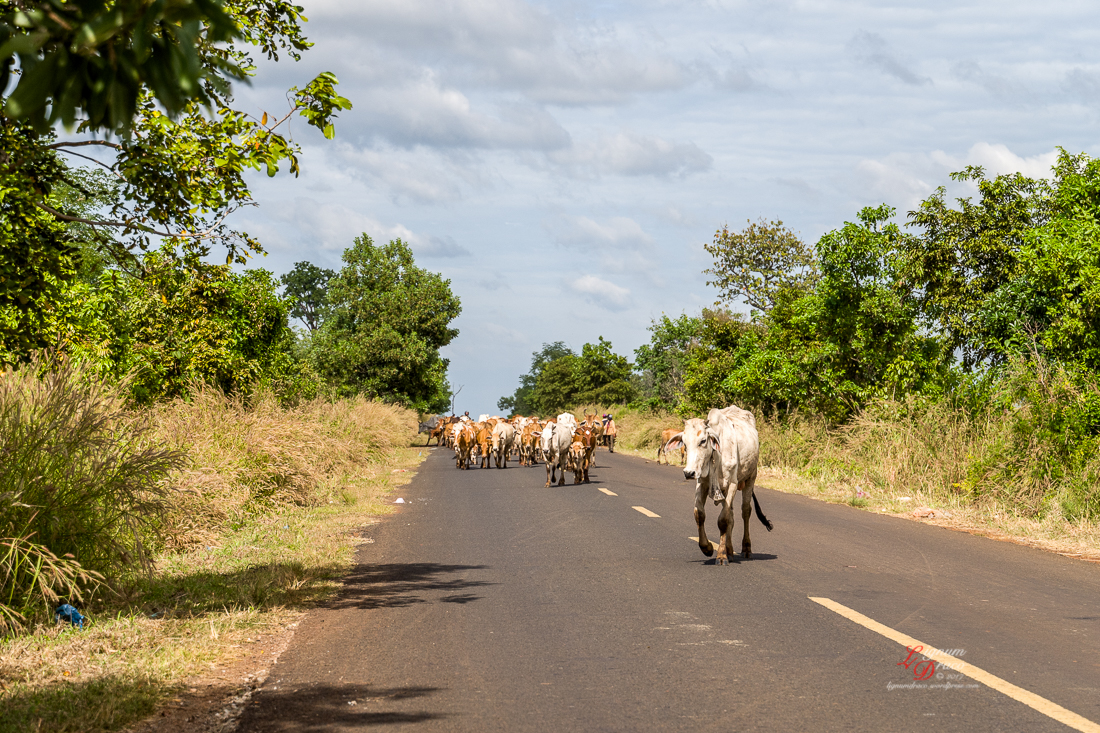 Some villagers set up roadside stalls. Each area has its “specialty”. Here in a mountainous region it was fresh bananas.

I’d never eaten red bananas before. The vendor was happy to oblige me with a free taste. 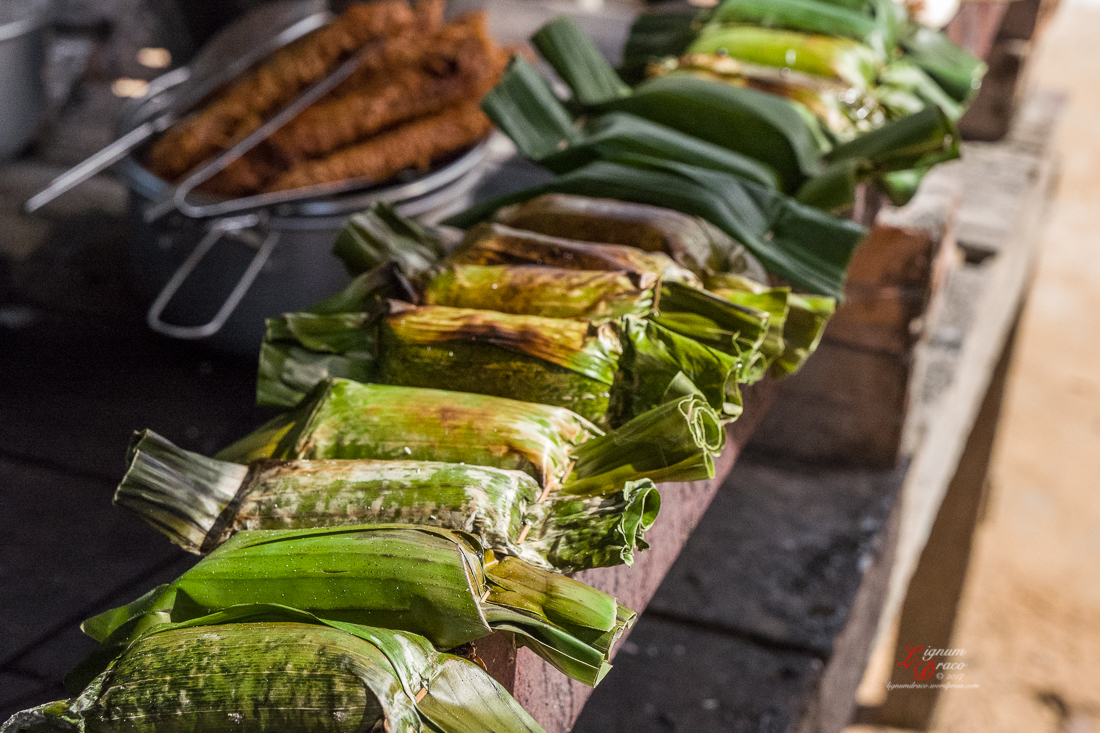 Bananas are a popular food in Cambodia. These were being sold in a local village. Bananas wrapped in sticky rice and wrapped in a banana leaf to be cooked over a fire. They were very tasty. 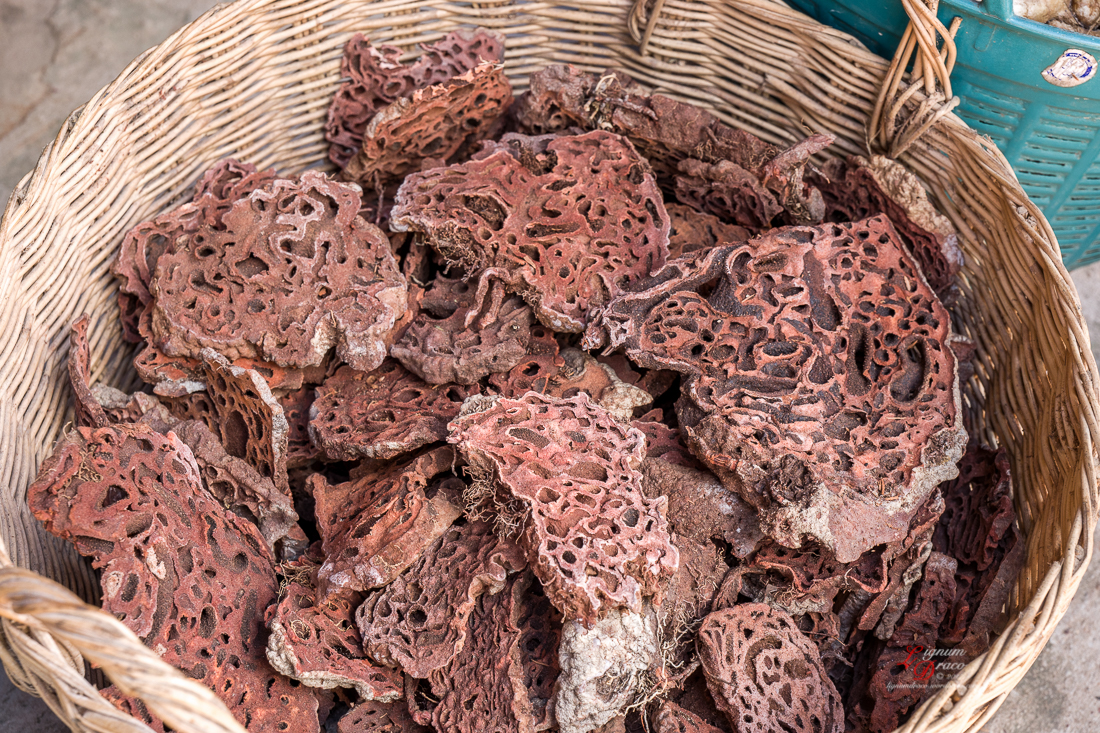 On the other hand, these dried lungs didn’t look as appealing. Go figure.

Over at the Weekly Photo Challenge the topic is It IS easy being green. I must admit posting a green gallery of photos is easy when posting photos about the Cambodian countryside.

53 thoughts on “Lost inside Cambodia”