Vivid Sydney has returned for 2016. This year the festival again transforms Sydney into an adventure-filled night time wonderland with numerous light installations and grand-scale illuminations and projections.

In celebration of the 200th birthday of the Royal Botanic Garden in Sydney, Vivid 2016 expands into the Garden to create a “Garden of Light”, a collaboration between HammerLighting, Mandylights, Ample Projects, Moritz Behrens and Konstantinos Mavromichalis, Lewis Miles and Felix Sheppard and the Technical Direction Company. 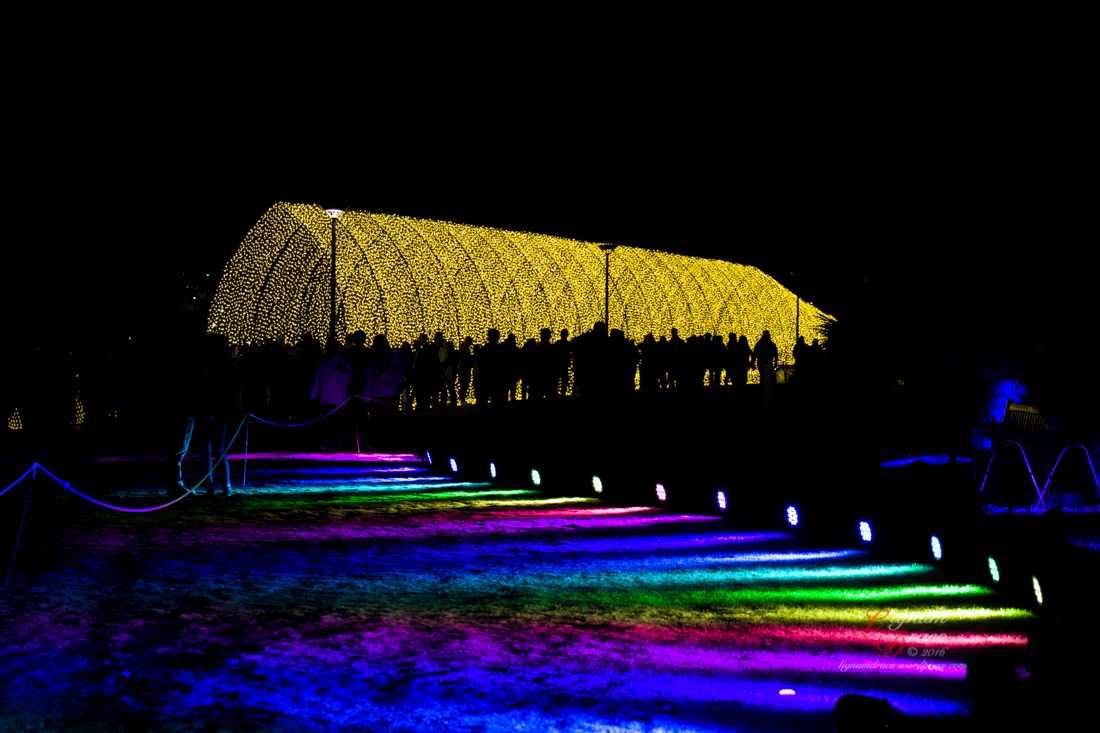 One of the more popular light installations this year, and a personal favourite of mine, is the Cathedral of Light, by Mandylights. 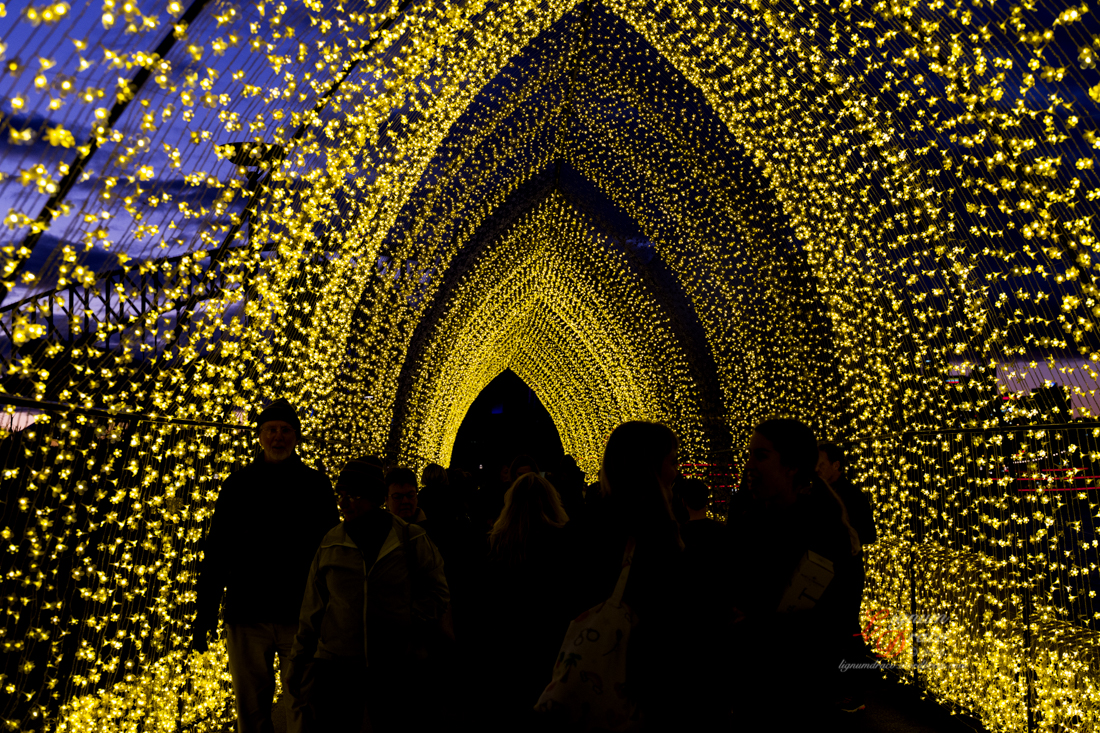 The Cathedral of Light draws inspiration from traditional arched windows, typically found in historic churches, to create a 70 metre long tunnel illuminated by tens of thousands of LED light globes. The installation evokes feelings of attraction, warmth, inclusion and a sense of journey with its distinctive shape, attractive tone and walk-through nature. The installation draws people out of the darkness and towards the metaphoric light.

Designed to be viewed from both inside and out, the Cathedral of Light appears as a single solid shape of bright light that illuminates its surroundings when viewed from a distance, radiating soft light outwards from all angles. 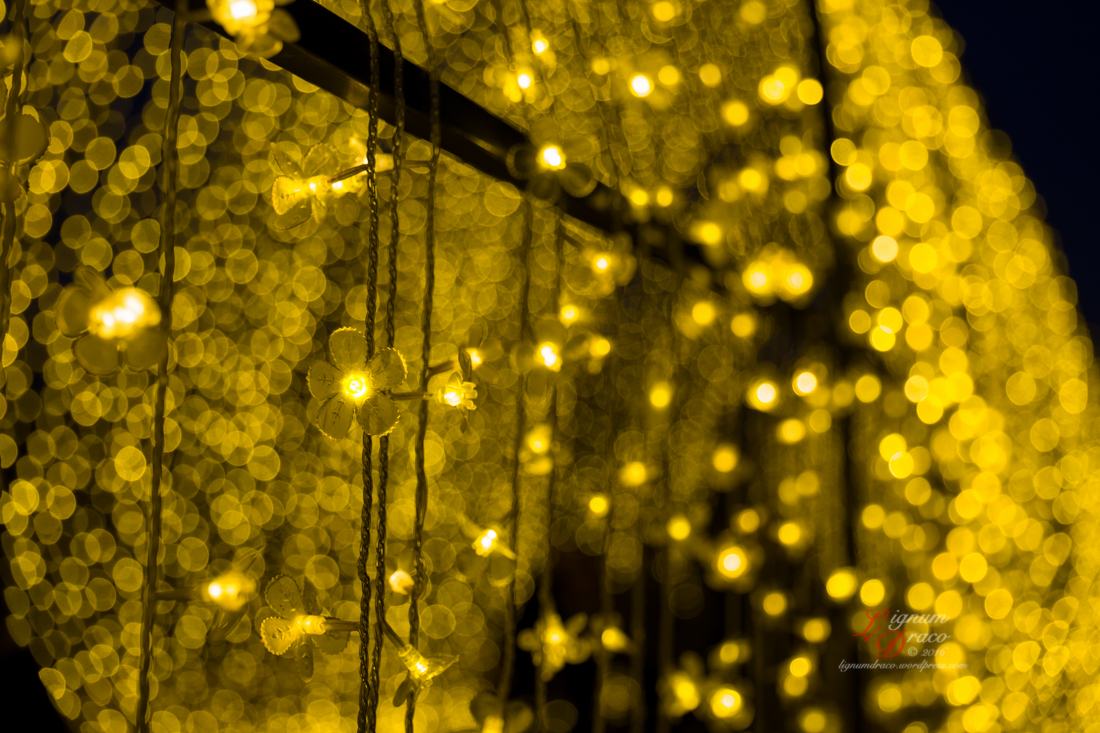 Inside the ‘cathedral’, the space is smaller and much more intimate, and it becomes apparent that the cathedral’s light is not from a single source, but made up of thousands of tiny globes that together make the light so bright.

The artists draw the analogy that, just like a strong community or congregation, the sculpture is made up of many smaller parts that work together to achieve a stronger, unified output. 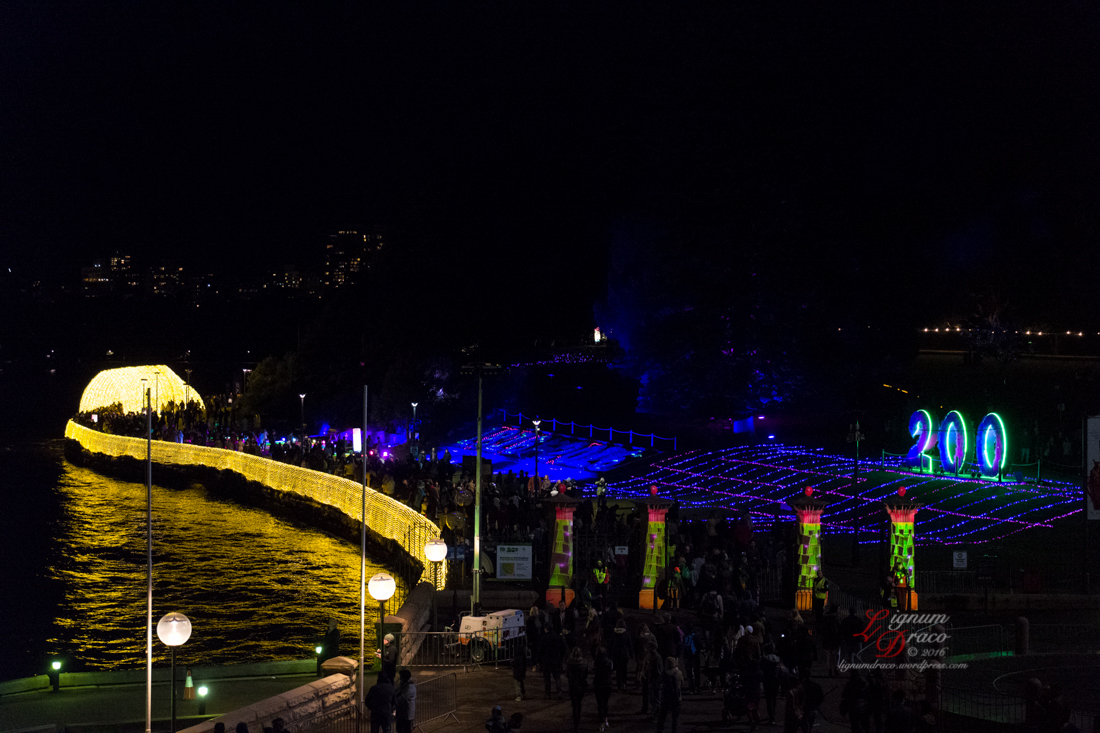 OK, this one was worth arriving early to see during daylight hours.

Synthesis by Ample Projects. A heritage listed Moreton Bay Fig Tree in the Royal Botanic Gardens is highlighted in an intricately 3D mapped projection show that explores the beauty and function of these ancient wonders. 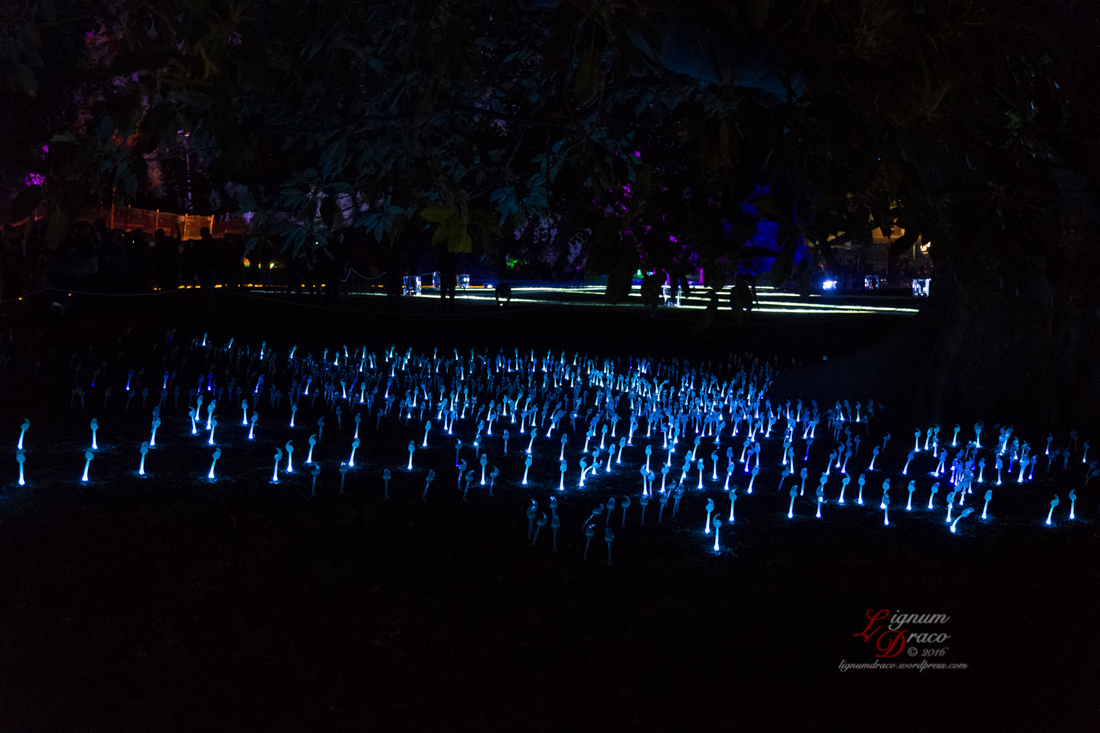 Will o’ the Wisps by Mandylights. The branches of a sprawling tree in a dark corner of the Royal Botanic Garden provide refuge for a countless number of mysterious, glowing entities known only as the Will o’ the Wisps. In the dark of night, their form is never truly revealed–instead they glow softly, appearing and disappearing seemingly at random. The ‘wisps’ draw their energy from folklore and legends born from every corner of the world: they are known as fairy fire by Welsh travellers, as Aleya by Bengali fisherman, as luces del tesoro in Mexico and as min min lights in Australia. 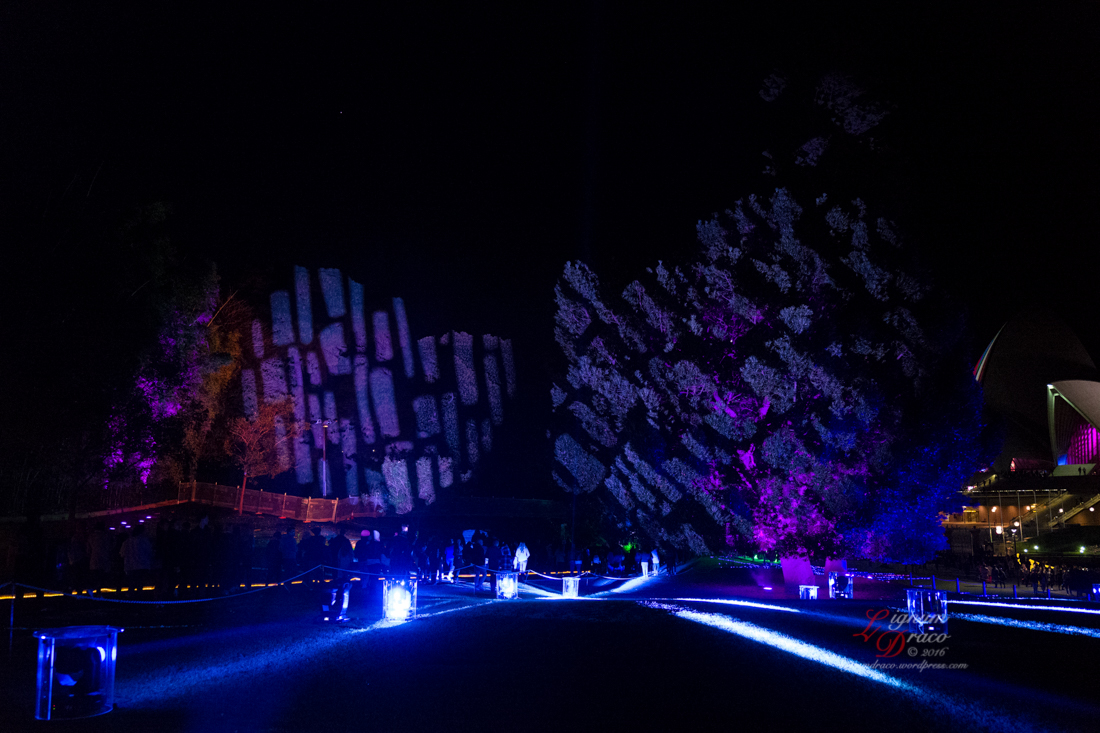 The Sydney Conservatorium of Music is at the edge of the Royal Botanic Garden. It was also illuminated for the first time this year, albeit on only 3 nights.

Now in its 8th year, this is the 5th consecutive year I have photographed Vivid. There have been a few important changes to Vivid this year. Firstly, the festival has expanded into a couple of new precincts, but at the same time a couple of the previous precincts have been removed. Secondly, the nightly displays now run from 6pm to 11pm instead of until midnight as in previous years. This makes it more difficult for me to get my usual “less crowded” shots of previous years. Thirdly, the festival has now extended to 23 nights from 27 May to 18 June 2016, extending past the Queen’s Birthday holiday Monday. This change has caught me by complete surprise as it means I will be flying out of Sydney whilst Vivid is still on, rather than after it has ended as I originally presumed.

Heavy rains and gale force winds have been a feature of this year’s festival forcing the festival to be closed on at least 2 nights so far, with several installations including the Cathedral of Light damaged but repaired soon after.