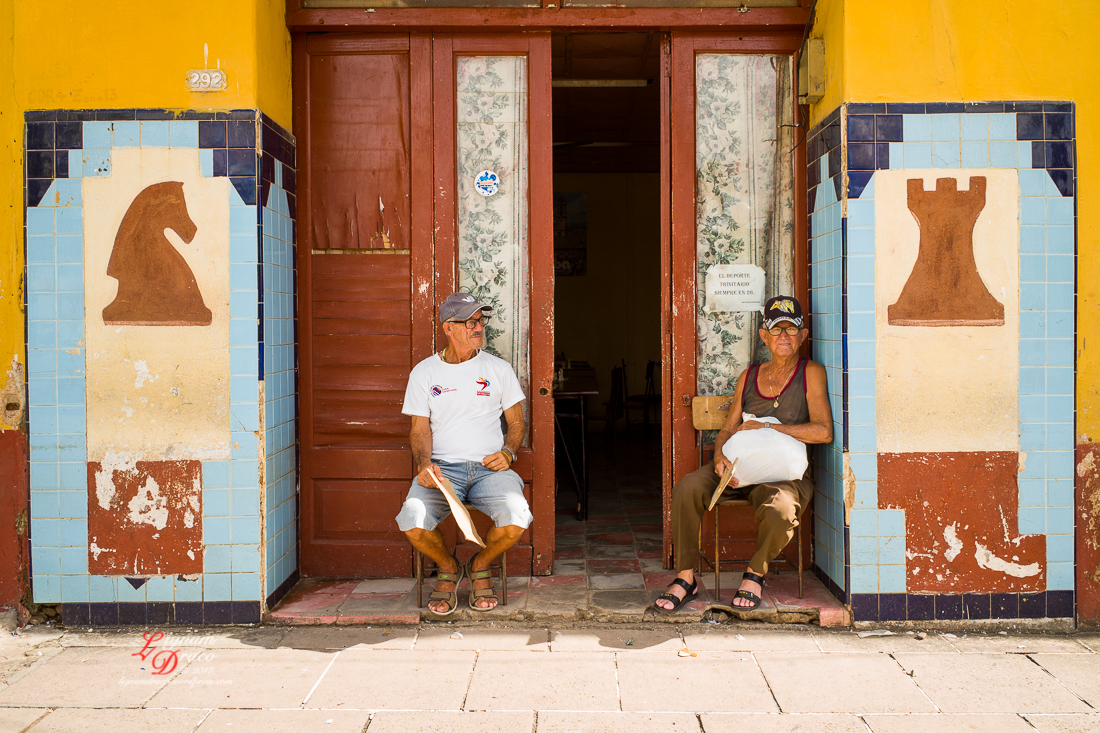 “Said the white knight to the black castle, let’s call it a stalemate.”

During a bit of a random wander, I chanced upon the 2 guys above. If you haven’t already guessed, they are in front of the local chess school. I liked how one was wearing a white shirt whilst the other wore a black shirt. I asked if I could take their photo but I didn’t instruct them to pose. 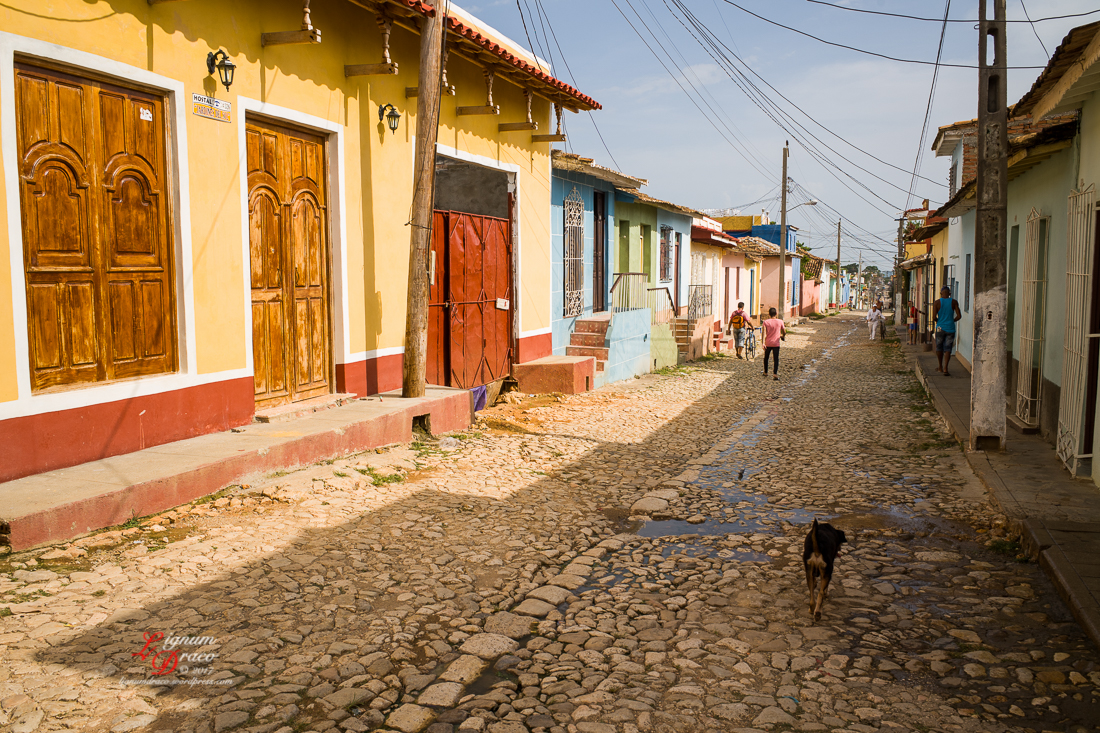 “The streets of Trinidad.”

Let’s continue our wander along the streets of Trinidad, shall we? 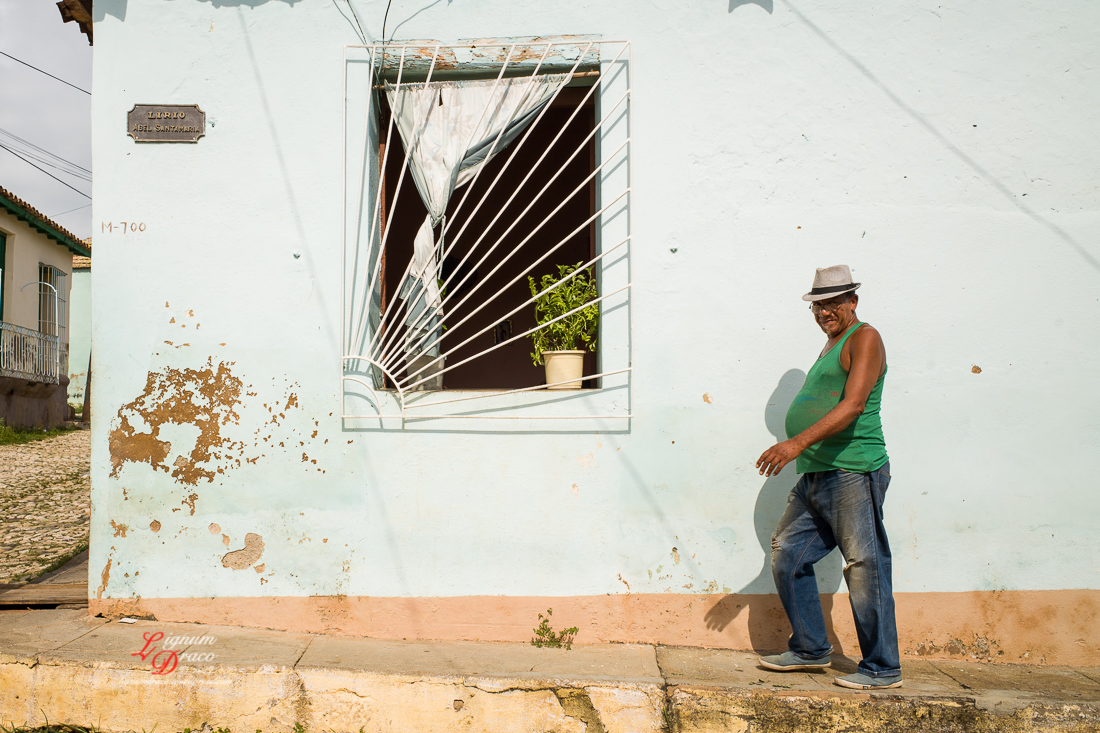 Perhaps you’ve noticed in my photo series so far that most houses in Cuba don’t have glass on their windows, just bars and wooden shutters. The shutters get opened in the morning and allow the breeze through. The absence of glass also helps people to be more friendly, allowing them to freely talk to each other through the windows. 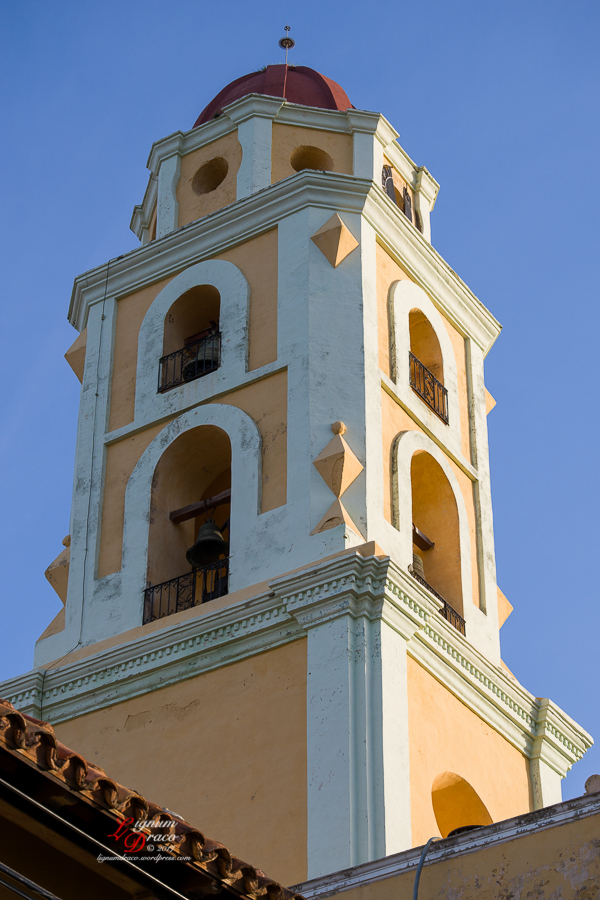 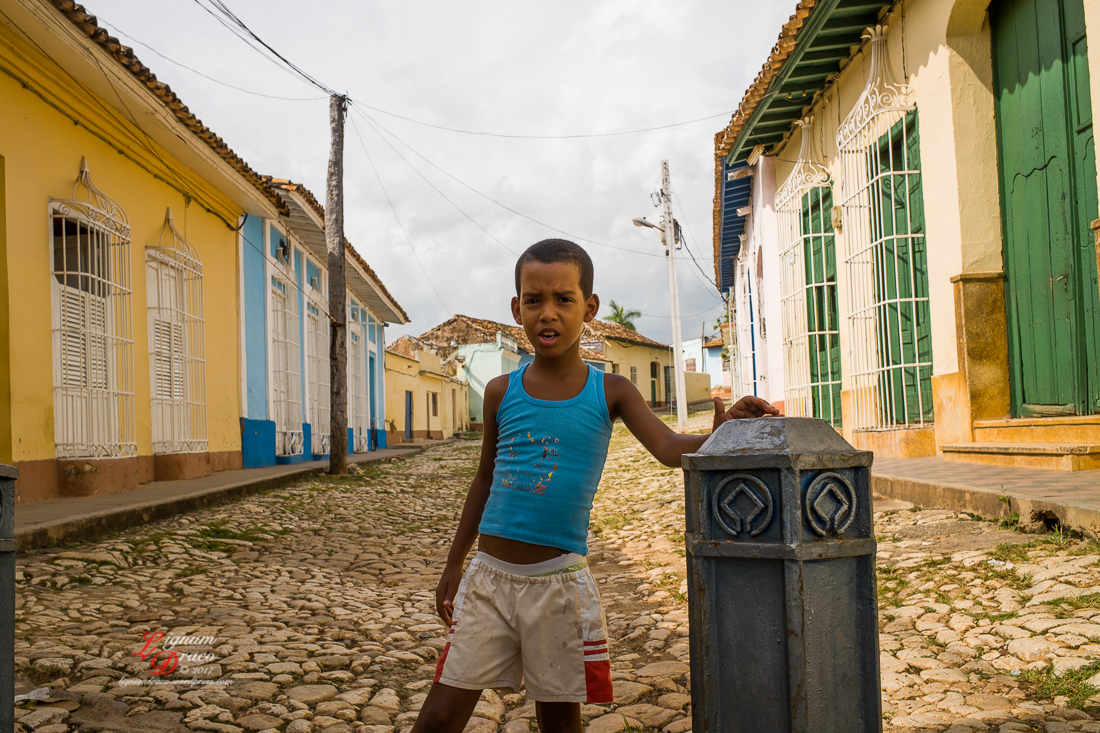 He didn’t speak English but I told him where I was from, before asking if I could take his photo. 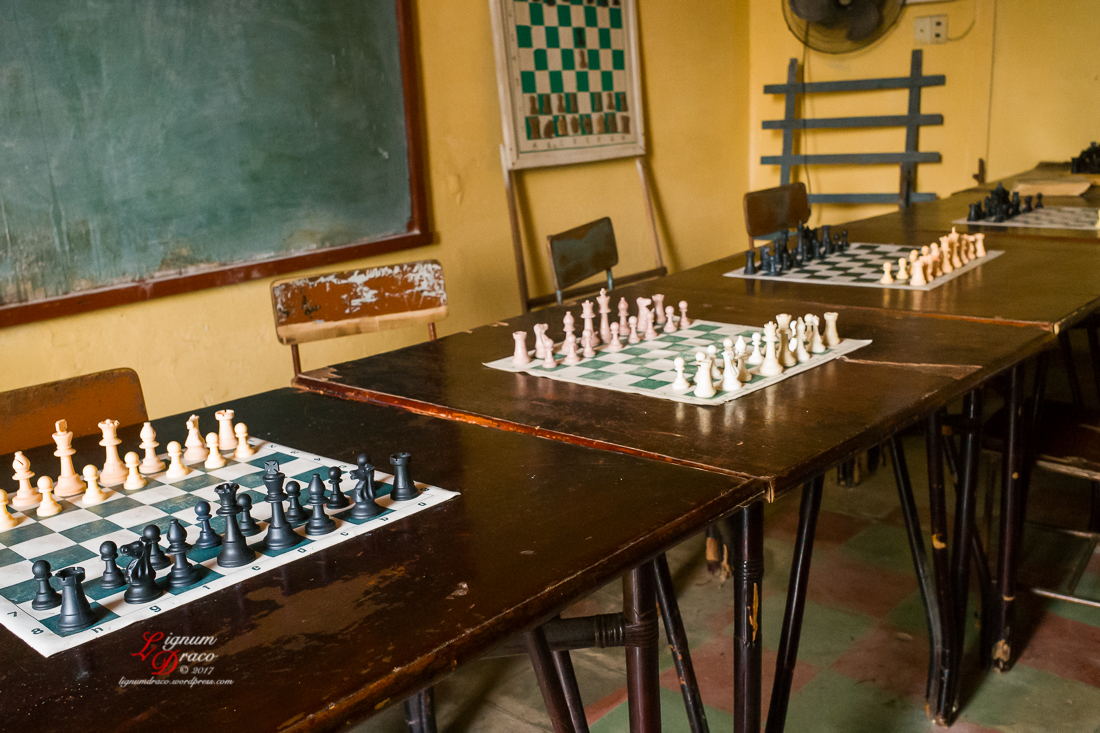 “Where grand masters are made”

Inside the chess school. It was a Sunday during the heat and humidity of a mid afternoon in the Caribbean. I’m not surprised no-one was inside playing. 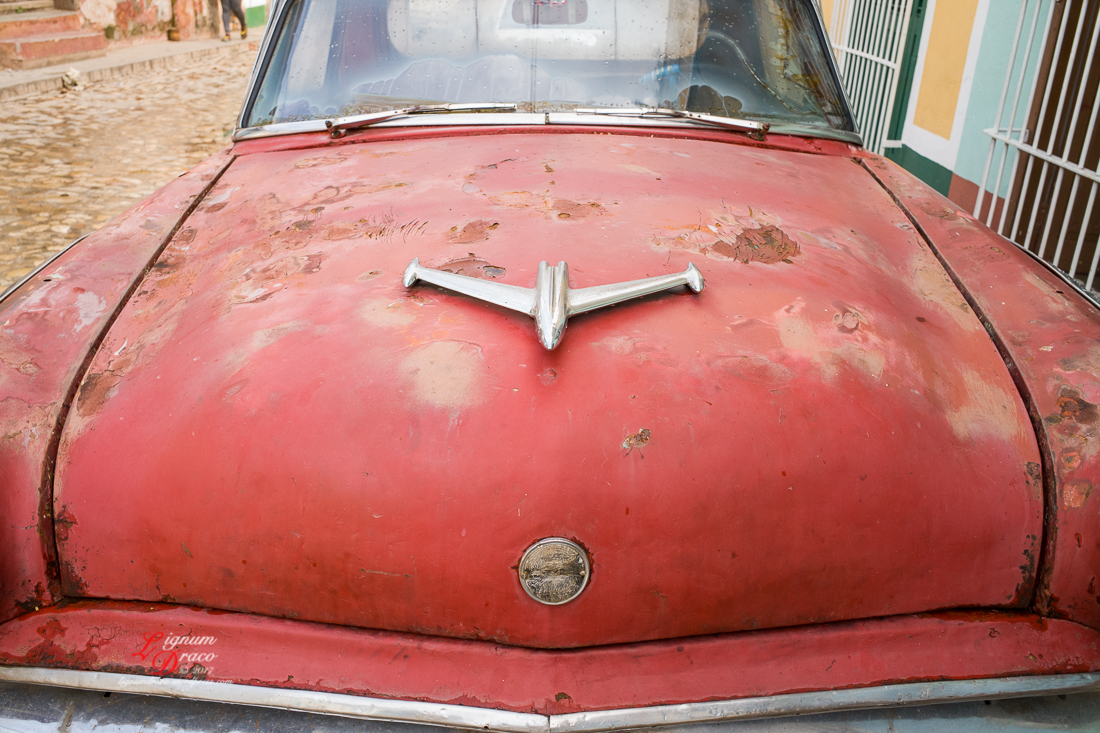 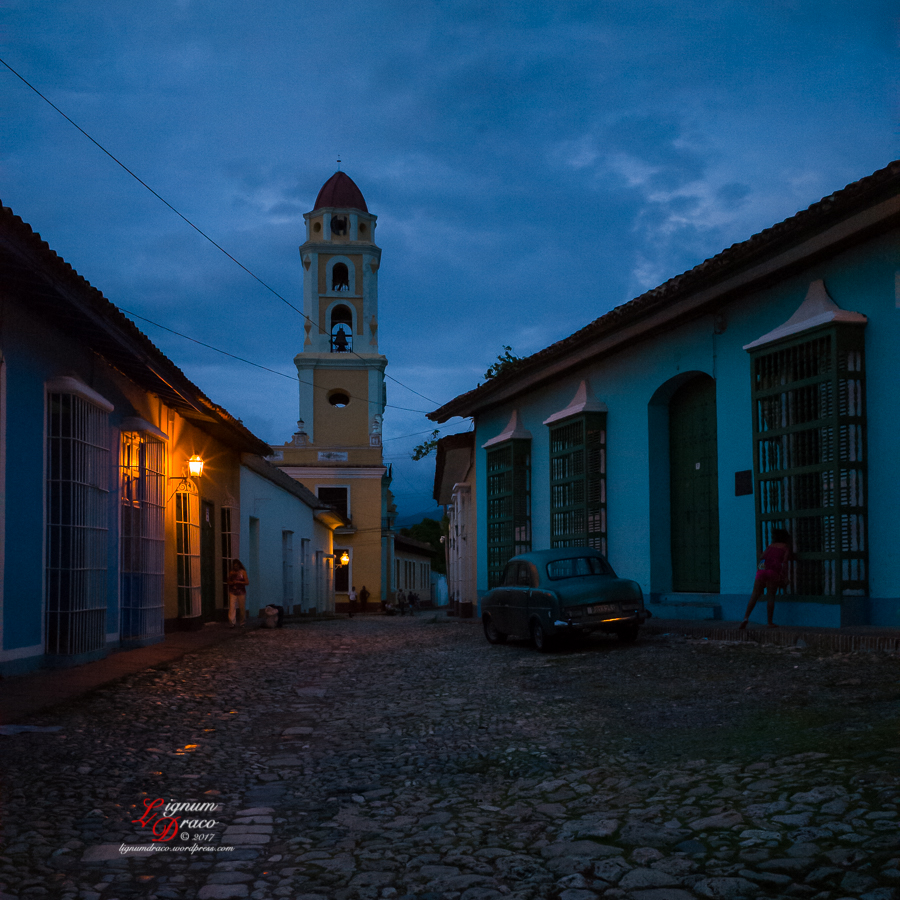 The serenity of a warm caribbean twilight in Trinidad. Still just wandering and breathing Cuba in before my usual pre-dinner mojito(s). 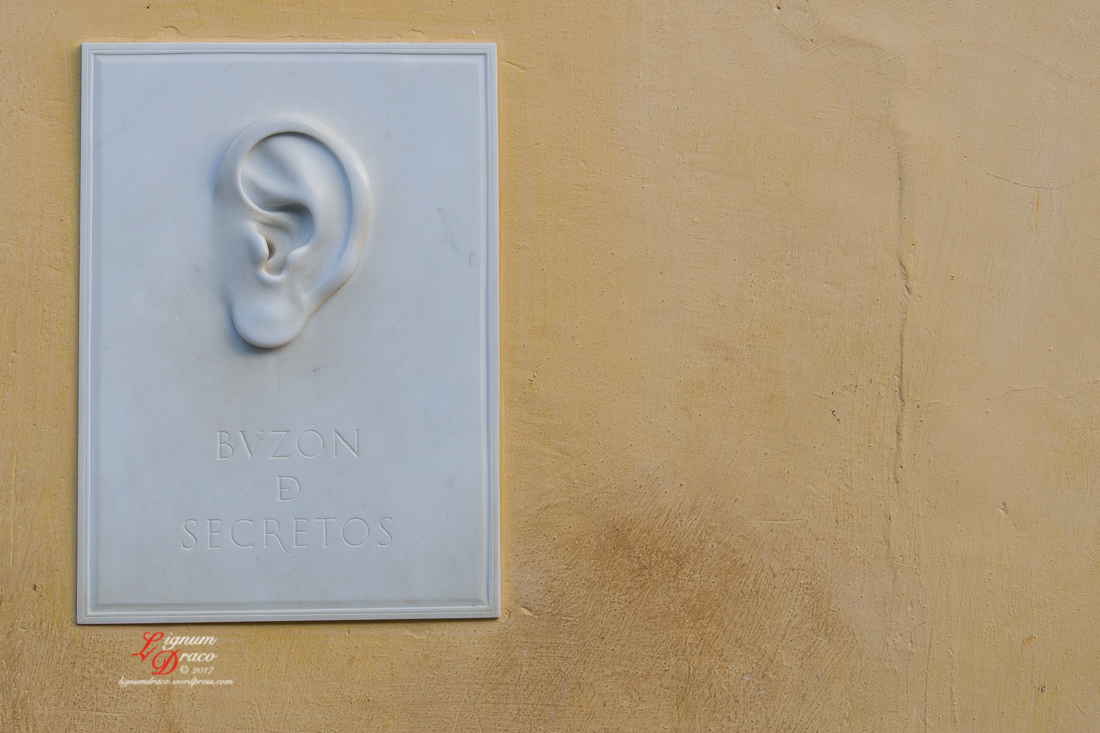 “The walls have ears.” 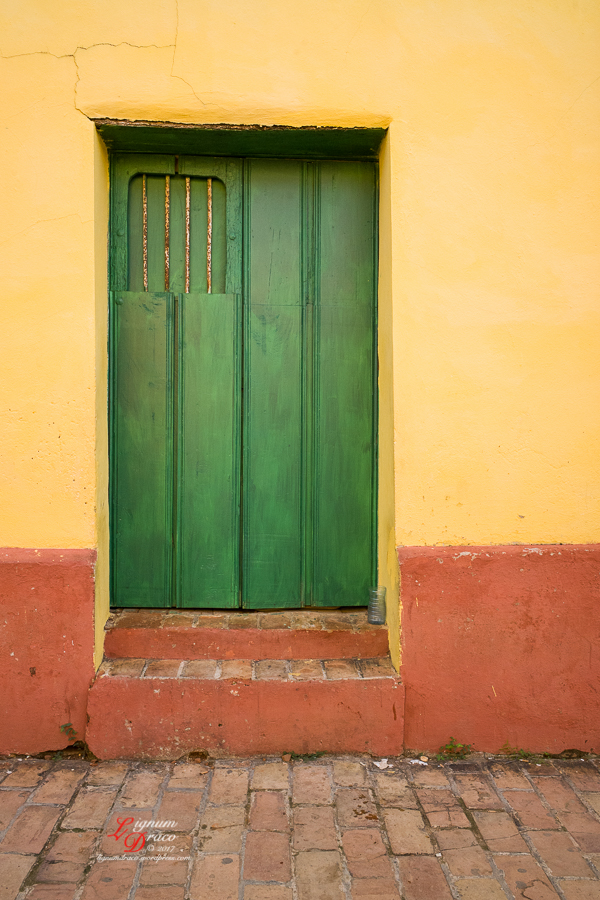 “The colours of Trinidad”

The colours of the buildings, particularly in the historic region, are amazing. In photography, they say you should pay attention to your backgrounds. Well, after a while, I just decided to concentrate on the background details. 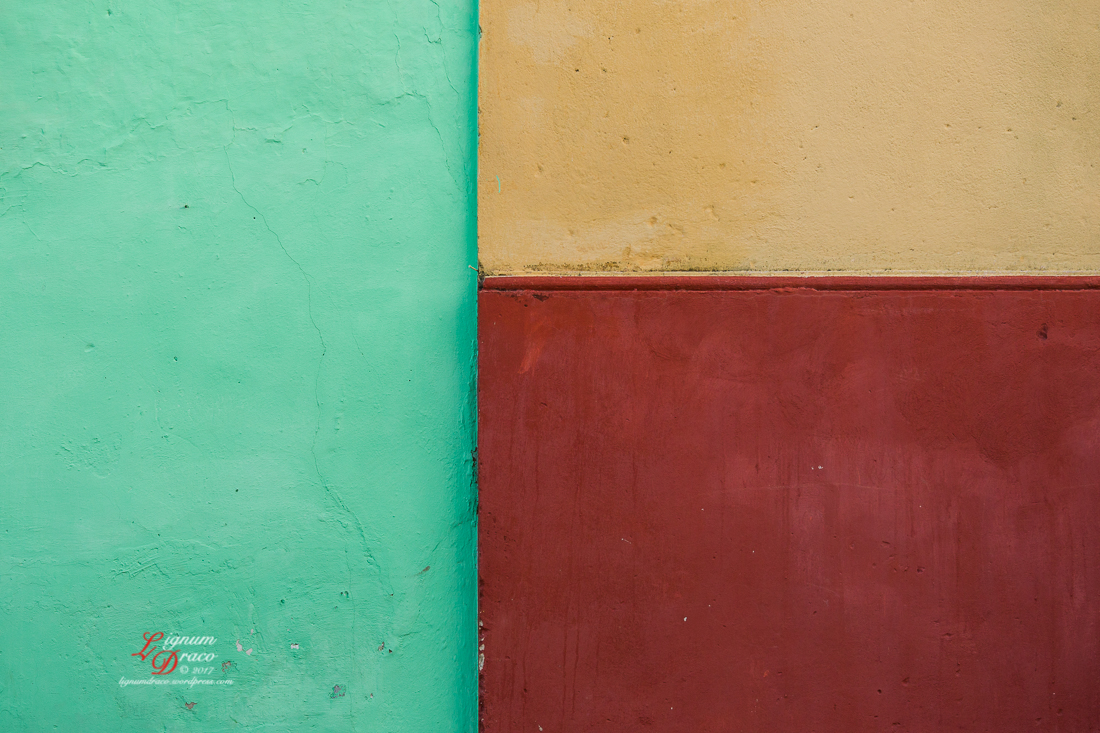 Here’s a small selection of my coloured wall details. 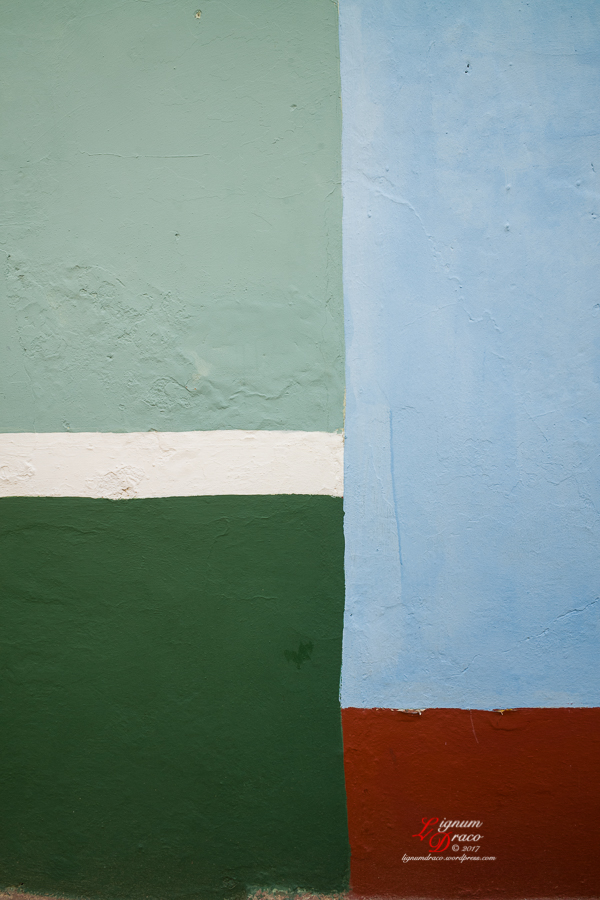 These were all shot with a 28mm prime lens at about a distance of 1.5 metres. 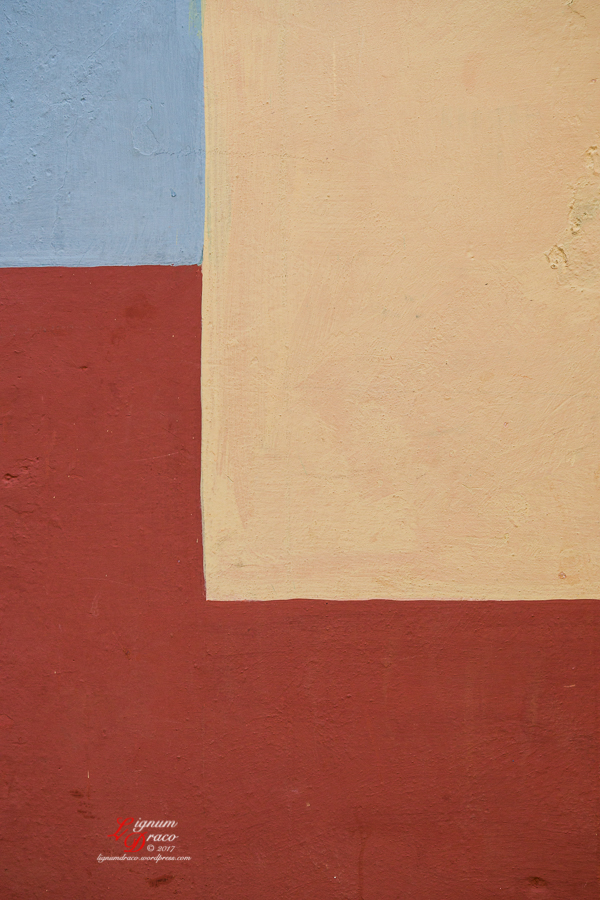 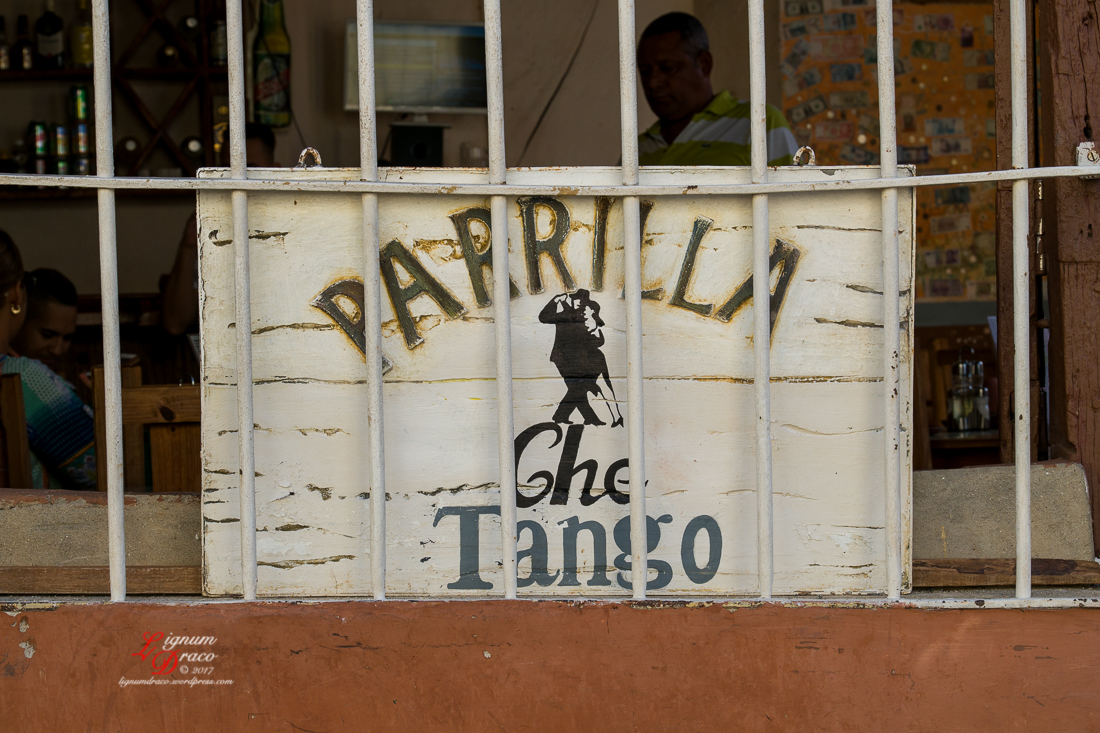 “Shall we Che tango?”

A little bit of cheating went on here. The sign was off to the right with one of the bars covering the picture of the dancing couple. When I thought the people inside weren’t looking, I moved the sign into a better position. 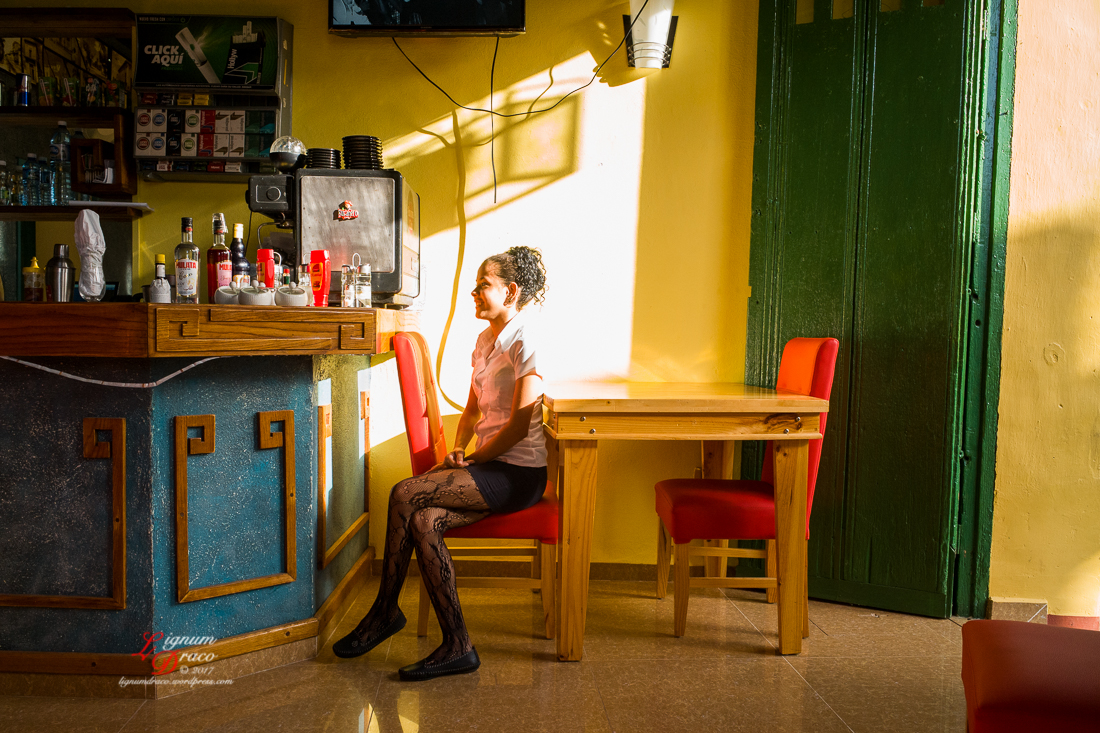 It was mid morning and I walked into this small cantina with a friend. She was sitting in a small back room and came out to greet us. I ordered 2 refrescos (soft drinks) for a total of CUC$3. I had a $5 note and told her to keep the change. We sat at a table and had our drinks. This wall looked interesting and I liked the light shining onto it. After finishing my drink, I looked at her and said “Señorita, foto por favor?” as I pointed to the chair. She grimaced and probably regretted accepting my tip but graciously came around from behind the bar and sat down whilst we took photos. 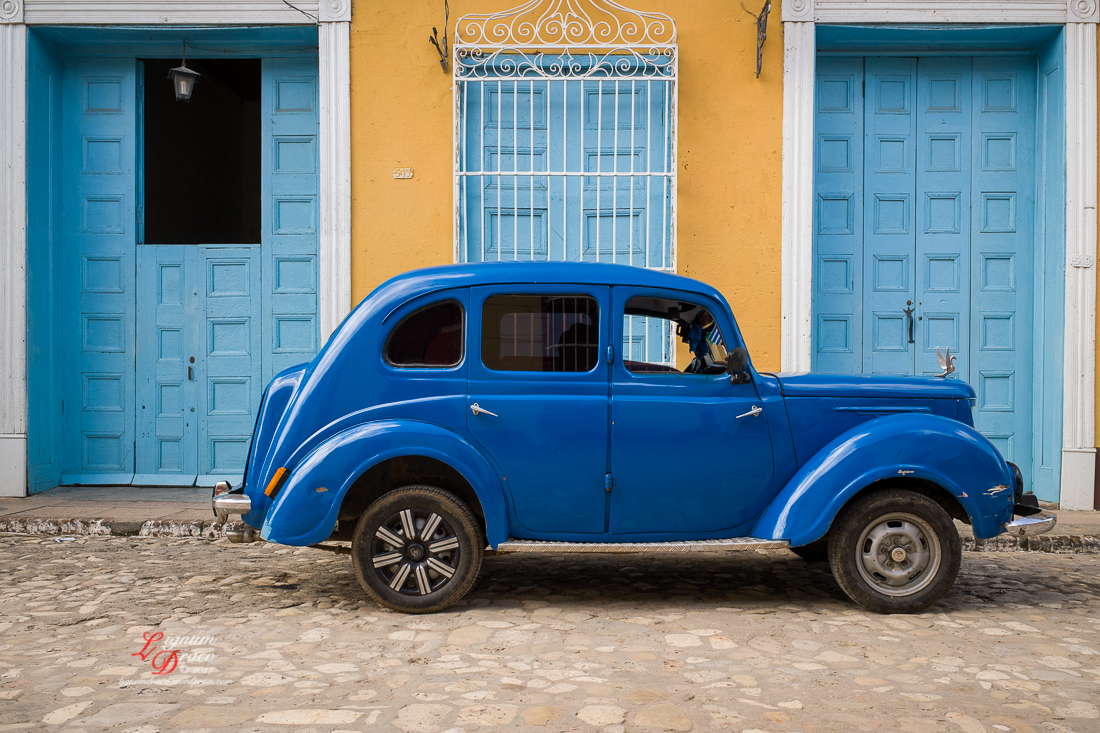 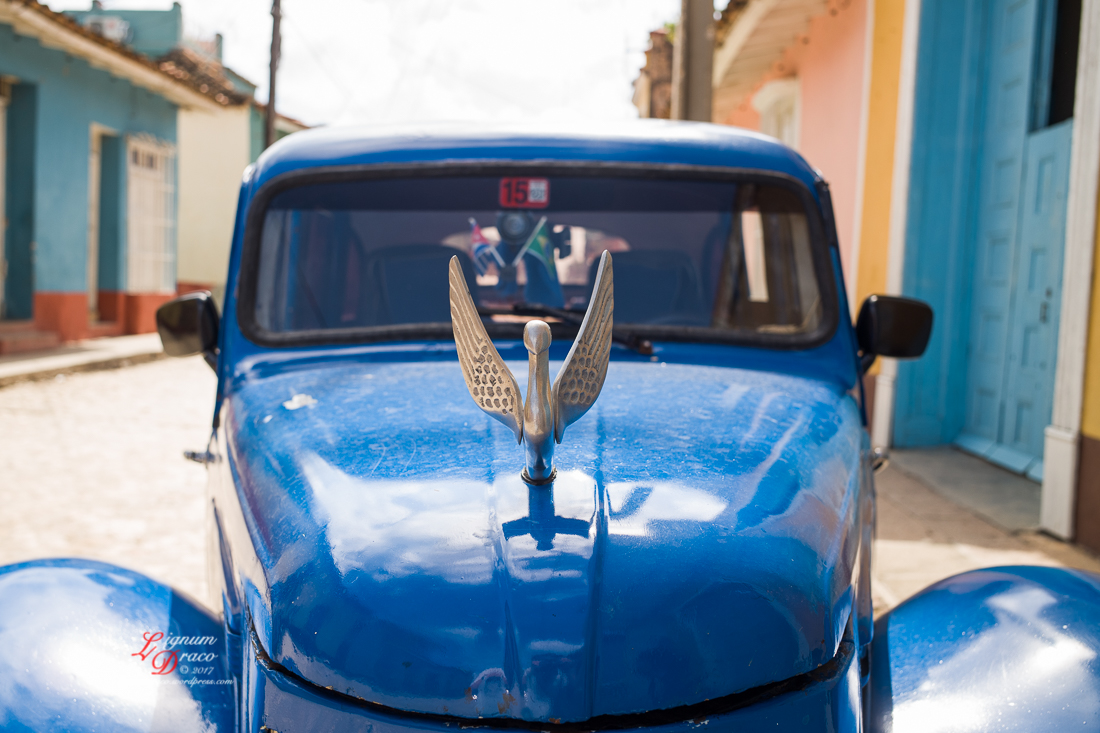 I’ll have one more post about Trinidad before moving on and posting about a different part of Cuba.