All you need is…

The Vivid Festival of Sydney 2014 ends tonight after 18 nights. The majority of shows and displays occur in the Circular Quay area of Sydney, from the Opera House on the east side to the Harbour Bridge on the west side. However even this is not enough room for the displays, and it has now expanded into other areas. Just to the west of Circular Quay is the Darling Harbour area of the city, and it is here that we find the Vivid Aquatique Water Theatre, now in its second year I believe. 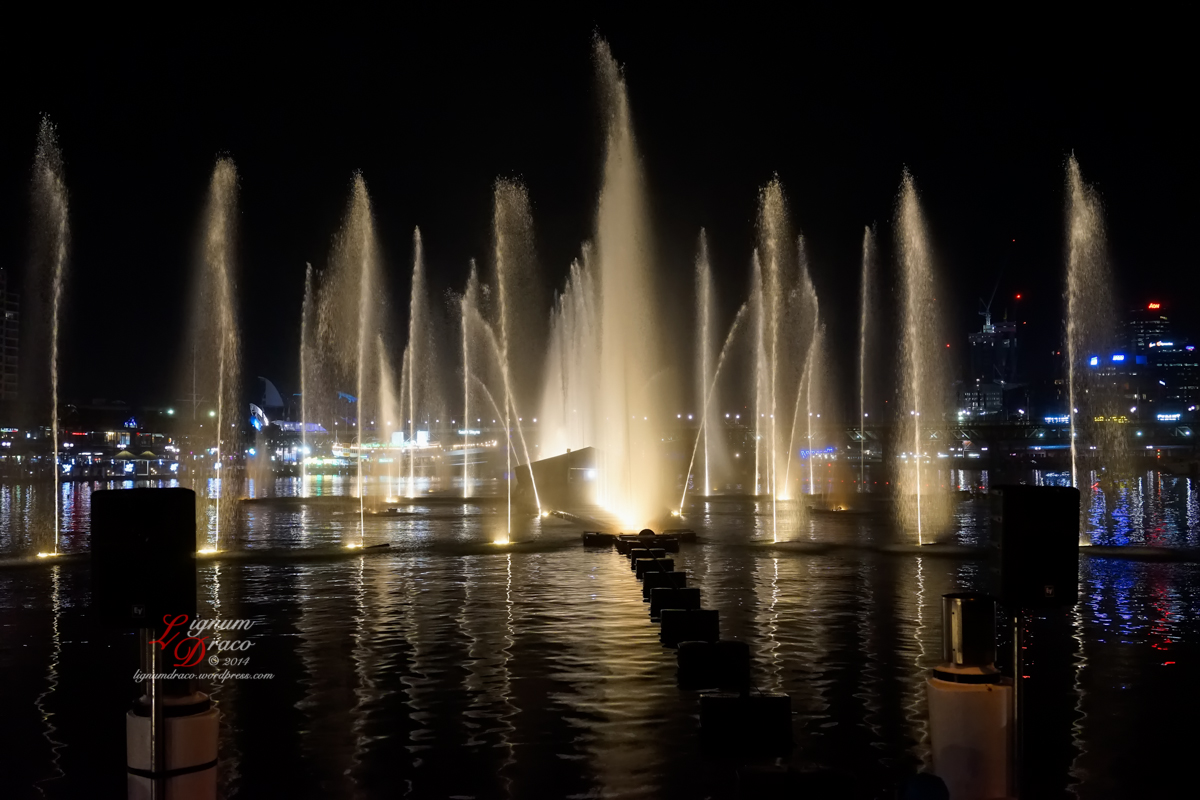 For anyone interested, the following link is to a short 30 second video I made during the “love” show, to give you an idea of what the performance involved: Vivid Aquatique
…

I saw 2 of the shows. This other one involved witches, middle earth style armies, and werewolves. Then along came a man dancing up a firestorm. I didn’t try to overthink it. I just enjoyed the spectacle for what it was. 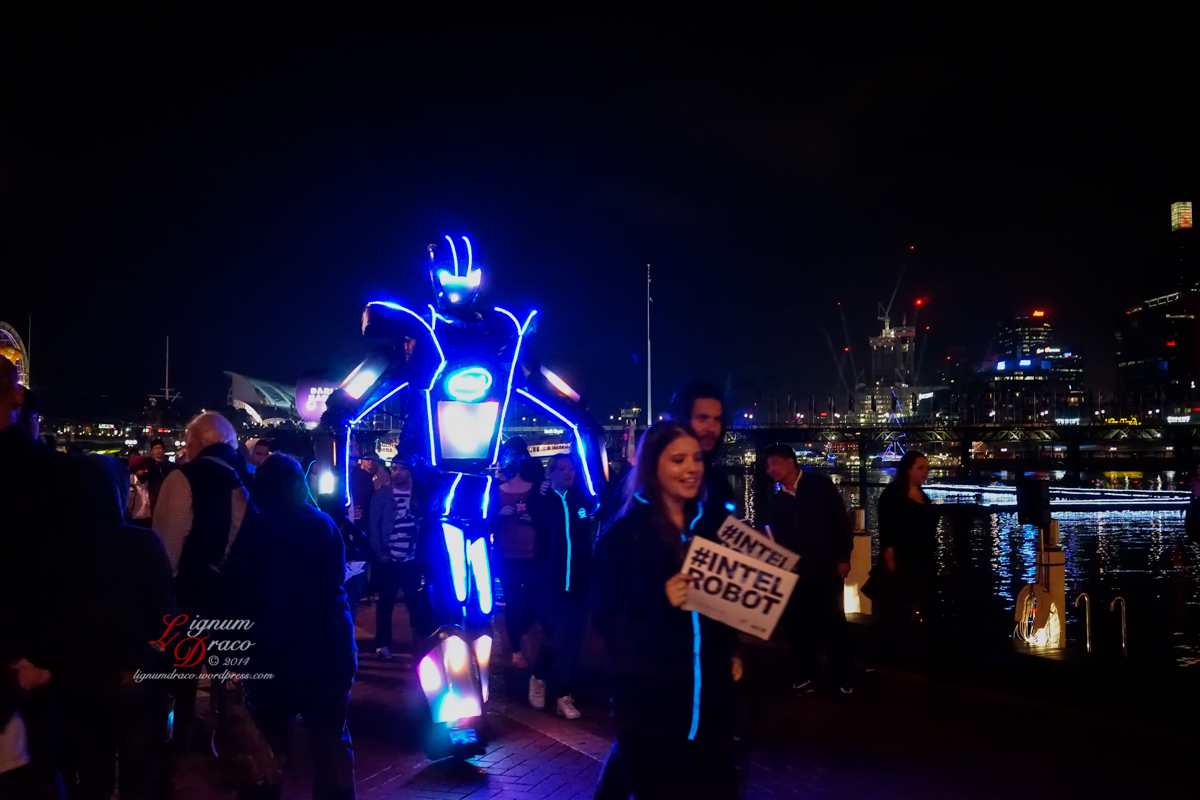 I turned around and saw the Intel Robot. I gave way and gave him plenty of room. I took a photo then walked to the nearby Chinatown and had a late dinner. I walked past the In Between Two Worlds art installation. As I had my camera, I took some photos and night shots of that will follow later.